Jai Hindley poised to win the Giro d’Italia: Australian in the pink jersey

On Sunday 29 May 2022 there’s a time trial in Verona, Italy. Starting last in the 21st stage of the Giro d’Italia will be Jai Hindley, the new race leader and likely champion of the race 106th edition of the Italian Grand Tour. 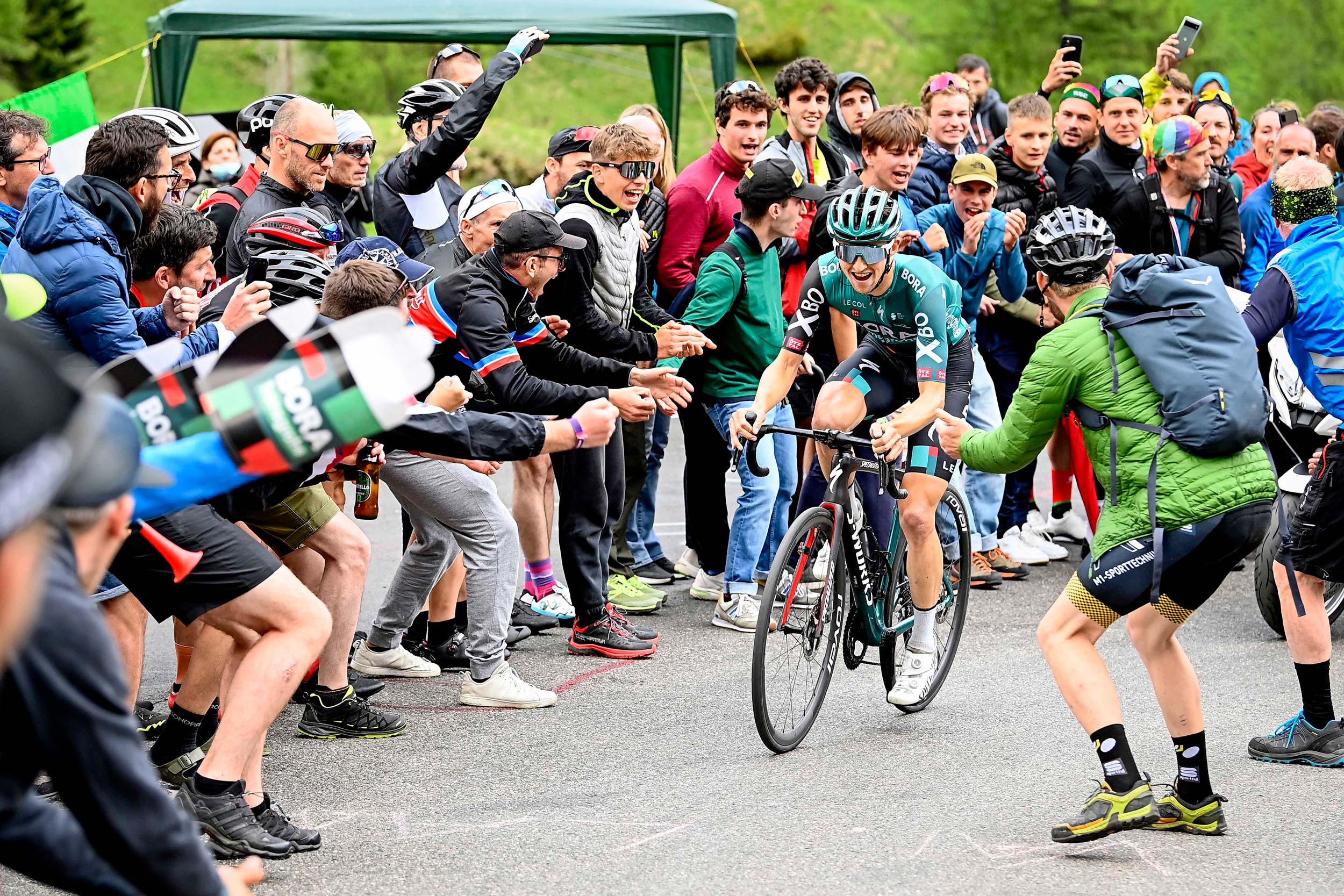 This afternoon, at 4.48pm in Italy, Jai Hindley will roll down a start ramp in a time trial, the final stage of the 2022 Giro d’Italia. Ahead are 17.4km of a race that’s been going on for over three weeks, having already covered 3,432.2km. The West Australian who turned 26 on the eve of the Grande Partenza in Budapest, Hungary will be the last rider to begin the TT.

The rider from the Bora-Hansgrohe team is the leader of the Giro d’Italia. By the end of the final stage, he is expected to be the champion. The race isn’t quite over but it soon will be and barring significant misfortune, Hindley will become the first Australian to win the Italian Grand Tour.

After a stunning climb inside the final three kilometres of the brutal 20th stage, he knows that the 2019 Giro champion is fallible. Until Hindley’s attack up the steep roads of the Passo Fedaia it was difficult to tell who was the better rider, the Australian or his Ecuadorian rival from Ineos Grenadiers, Richard Carapaz.

Hindley and Carapaz were separated by just three seconds after 19 stages. They rode together most of the way up the final ascent of the 2022 Giro. It has become a familiar sight: the Ecuadorian in the maglia rosa, the Australian very close by monitoring the form of the 29-year-old Olympic road race champion.

Together they rode. For much of the three weeks, it’s been like that. But it was during the last week of the race in particular that it was difficult to separate the pair: one defending a slender advantage on GC, the other looking for a moment of weakness that never seemed like it would come. 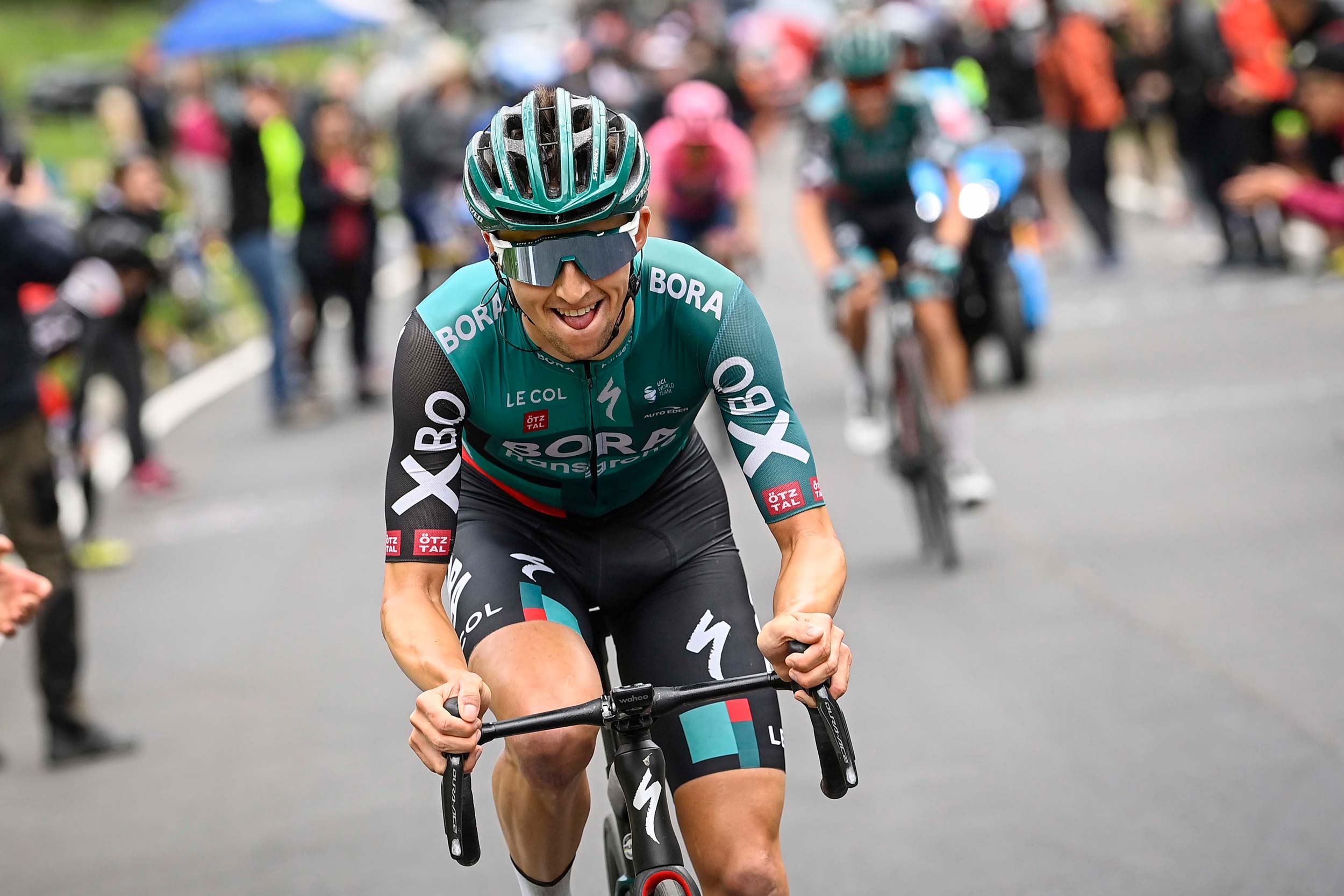 Then, right at the end of the 20th stage – up high in the mountains of Italy at Marmolada – when the gradient was nasty and the cycling world was watching on to see which of these two climbers would make the winning move, Hindley pounced.

The initial acceleration came around 3km from the finish and Carapaz was able to respond. They stood on the pedals occasionally, but for much of the climb they rode at a high cadence, in the saddle, with light gears… and at a pace few in the world would be able to match.

As Hindley and Carapaz approached a long steep, straight road near Marmolada it was the same scene we’ve become accustomed to. An acceleration by one, matched by the other. Only this time, at the end of the final climb of the final mountain stage, the Australian pushed on with his attack that little bit longer… and a crack appeared.

Carapaz drifted back slightly as Hindley, now getting assistance from his Bora-Hansgrohe team-mate Lennard Kämna who had been in the early break all day but drifted back for his leader in the finale, got a moment of reprieve. He could follow a wheel, but there was still work to do. At the business end of an otherwise fairly uneventful day in the contest for overall honours, Hindley had what he needed: the inspiration to force his attack further… and once there was distance between him and the rider in pink it only grew.

One metre turned to 10, and that turned to 100… and, all the way to the finish line, the gap increased. By the end, the three second advantage Carapaz had over Hindley at the start of the day was flipped and extended. 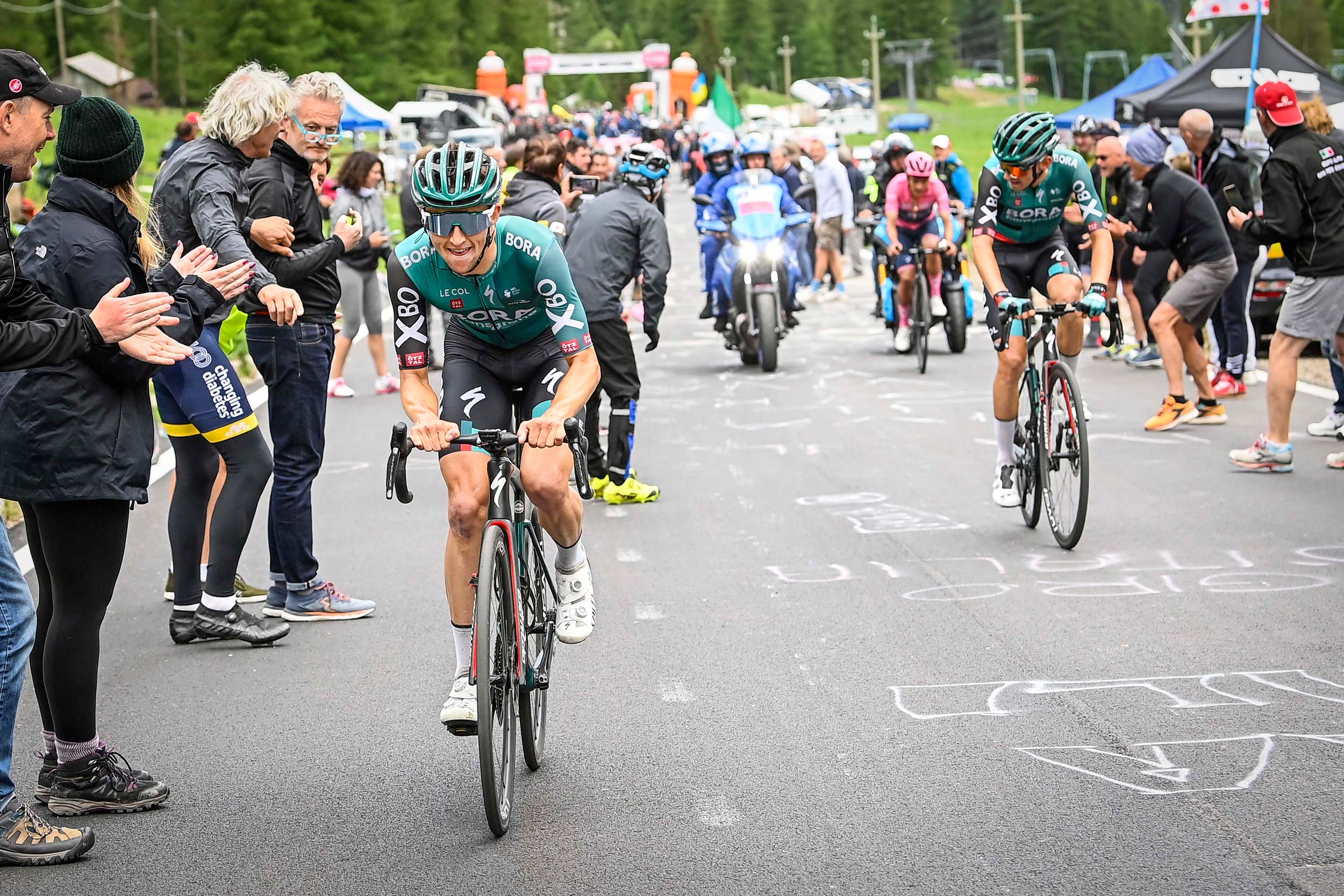 Hindley breaks free: the quest for time gains begins on the Passo Fedaia. After a brief surge by team-mate Lennard Kämna, Hindley continues the attack that dropped Richard Carapaz and put the Australian in the lead of GC. (Photo: La Presse / RCS)

Hindley was sixth in the stage. It wasn’t his day to win but it is his time to lead.

He now holds an advantage of 1:25 over Carapaz. The Giro is not yet over but we have a fair idea who the winner will be.

Neither of the two who have been at the top of the general classification standings for the second half of this Giro is an exceptional time trial rider. They don’t have to be. They are born to climb mountains on their bikes and that’s what they’ve been doing. That’s what they did. And that part of the Grand Tour is now behind them. The climbs decided the champion and although it’s yet to be confirmed in Verona, the champion is likely to be an Australian.

At the time Hindley arrived at the line, it was already Sunday morning, 29 May 2022 in Australia. That is the date for the final rendezvous of the Giro d’Italia, exactly 20 years after Cadel Evans became the first Australian to wear the maglia rosa. 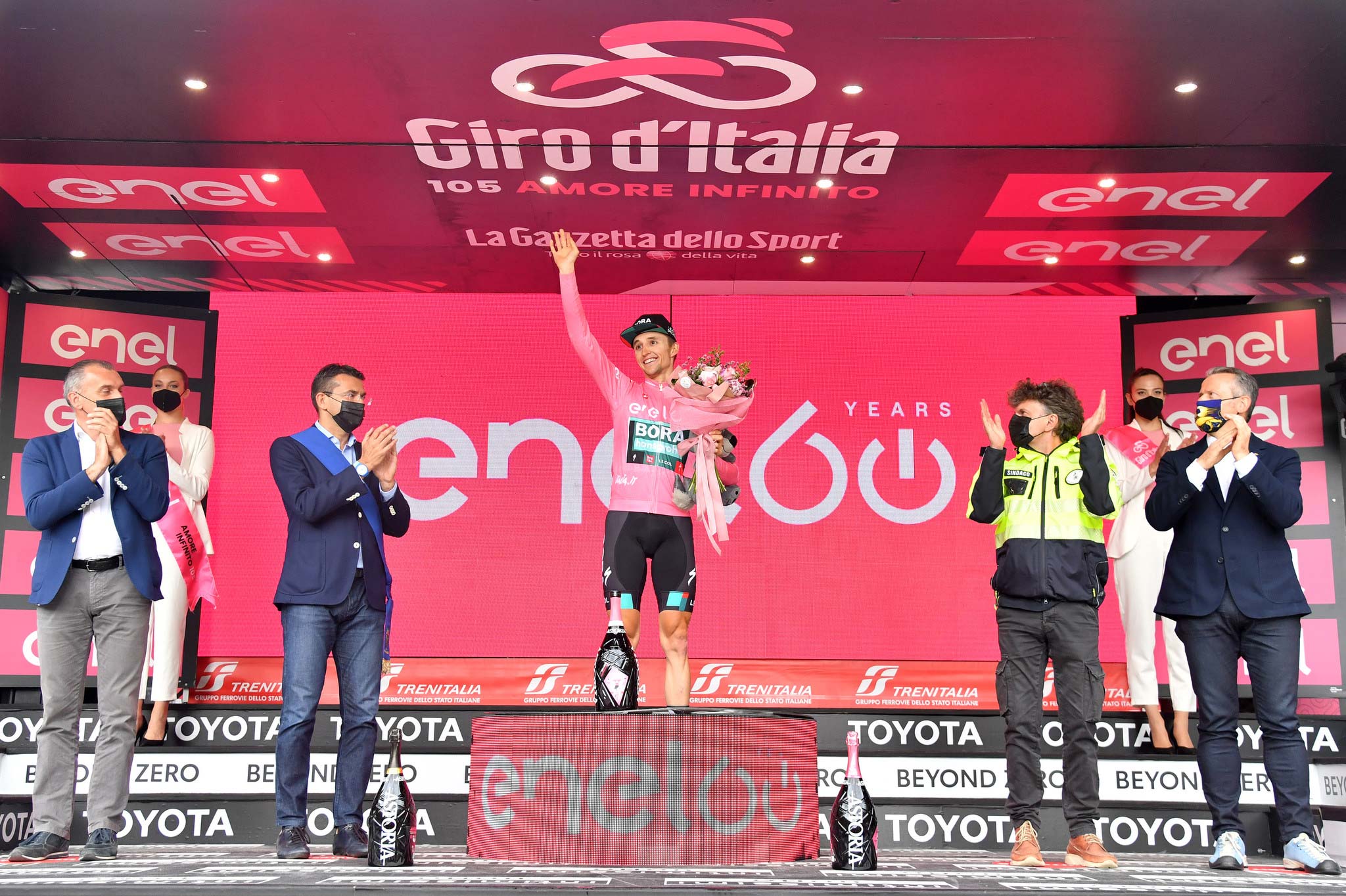 In 2002, Evans led the Giro for a day after climbing into the lead of GC in stage 16. He would collapse on the Passo Coe. He would lose the pink jersey. And an Italian would be the champion that year when Evans helped push Australian cycling into the headlines.

Twenty years later, Hindley is on the cusp of victory. He has done what’s required to win the Giro. There are 17.4km to go and afterwards he’ll have something to celebrate.

He climbed into the lead in the finale of stage 20 but this is a win that’s been years in the making. Hindley has been the runner-up in the Giro before. He was determined to return to prove his pedigree, to show the world what he knew he could do. The final podium awaits, and when he steps up there on Sunday evening Australian sports fans can cheer a win.

It’s happening. Hindley has done what’s required, now he’s just got to finish off the job.