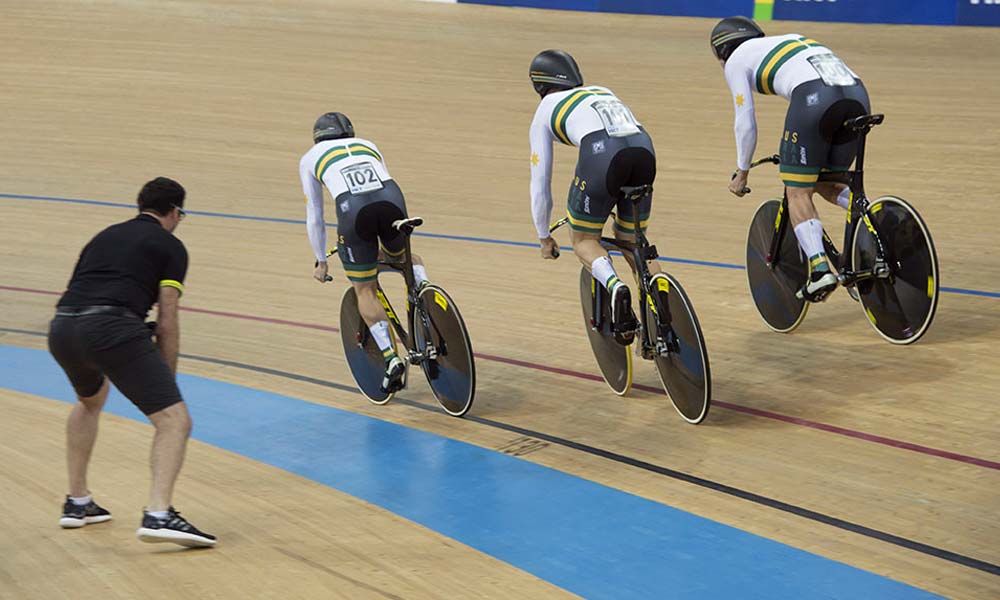 Cycling Australia today announced that two men associated with the high performance unit would take over the coaching roles once held by Gary Sutton and Gary West. We spoke to Simon Jones to find out a little about the appointment of Jason Bartram and Nick Flyger.

Last week it was confirmed that Gary Sutton would not have his contract with Cycling Australia’s high performance unit renewed beyond June 2017. He has held the position of coach of the women’s track endurance team for eight of the 27 years that he worked for the federation.

During an interview with CA’s new high performance director, Simon Jones, a week ago there was a hint that significant changes were coming.

Sutton told RIDE Media last week that the news was “a bit of a shock” but that he was already working on some other initiatives. He remains under contract with CA until the end of June.

Cycling Australia revealed today that Sutton’s replacement as coach of the women’s track endurance program will be Jason Bartram.

According to the media release, Bartram’s “strong science and analytical background will be a vital component” and that “it will be just one element of the new overall strategy and philosophy”.

Jones has come to Cycling Australia via British Cycling and, later, Team Sky. And he told RIDE last week that there would be some “rather significant changes” to the HPU that is based in Adelaide.

The second change to coaching staff is the appointment of Nicholas Flyger as sprint coach.

The former long-term Australian sprint coach, Gary West, was diagnosed with MND last year and is no longer able to manage the job he held for eight years.

When contacted by RIDE to comment on the changes, Jones noted that: “[Cycling Australia] has a lofty vision of being a world leader, so we have to define that across the sport. From a high performance aspect it’s about winning gold medals at Olympic Games and also the Paralympic Games.”

The task that Jones has been given is to turn things around and improve on what the Australian cycling team achieved at the Olympics in Rio.

“These appointments,” said Jones about Bartram and Flyger, “are really about the future. And I believe both Jason and Nick have got some terrific knowledge, skills, competences and problem solving skills which, I think, put them in a terrific position…

“They have good working relationships with athletes.

“I think they are well placed to take the program forward and that’s why I made the decision.”

Asked if there would be other changes announced in the near future, Jones offered an overview of his vision for where high performance cycling in Australia is going.

“If you look at the trend at the last three Olympic Games, Australia is not doing well at all. And therefore we need to look really hard at what we need to do differently.

“It would be lunacy, I would say, to carry on doing the same.

“Is there going to be change? Only if we can evidence that it’s going to create improved performance.

“I’ve only been in this position seven and a half weeks and I’m still building and assessing what we need to change to improve. And it’s not one thing. It’s pretty complex and it involves a lot of people.”

Sutton is said to be in discussion with other potential employers but he is upset by the decision of Jones to seek a replacement for a position he held for eight years. “It feels like I’ve known Gary for a long time because you see people around the traps, I suppose.

“Gary and I first met when I came to the Sydney Olympics quite a few moons ago now and I think he is an absolutely amazing person. He is a fantastic guy.

“It is a hugely difficult position but, like I said, this recruitment is about the future and that’s what we’re committed to.

“It’s the young, fresh ideas in a modern world – thinking about things in a slightly different way.”