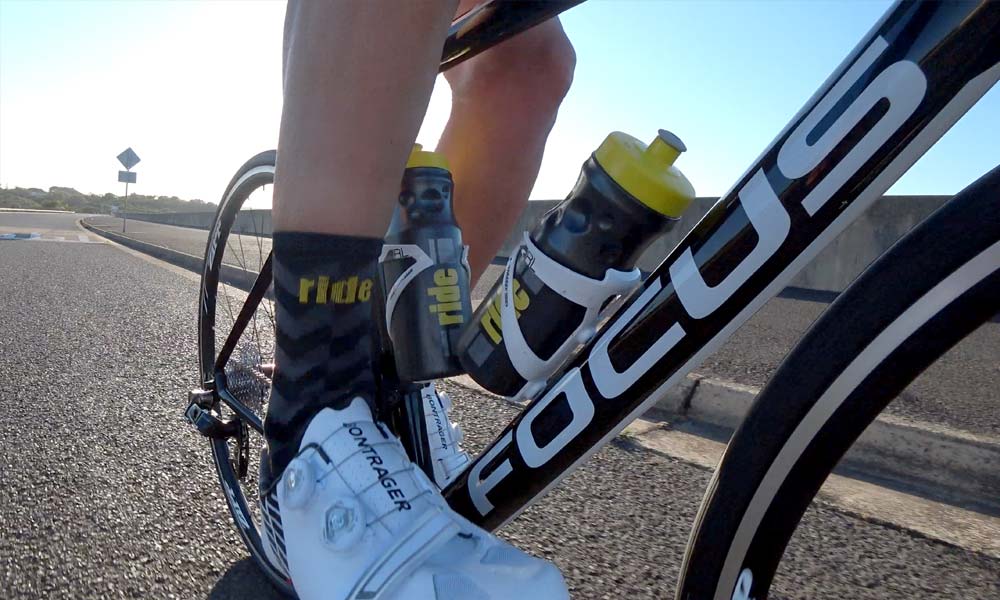 The joy of a tech-free ride

There are many possible distractions in modern life and sometimes it’s nice to just leave them all behind.

It took me three attempts to write the headline. Just typing “ride” seemed a task in itself. See, my company is “RIDE Media”. It’s been typed a zillion times on this computer and Word knows it well. So if I just try to do the ordinary, good old-fashioned “ride” – on it’s own, without quote marks – then Microsoft suggests that it’s really “RIDE Media” that I’m after.

Eventually I got there. Ride was just ride… not RIDE Media.

Honest. All I wanted to do was write about a ride this morning that didn’t involve technology. Well, not all that’s available to cyclists in 2017. I do, however, confess that there was a cycle computer mounted to my handlebars. (And don’t get me started on the Wahoo Elemnt Bolt – this was only my second ride with this impressive little device and already it’s delivering me data that compels me to try harder on the next ride. That’s another story for another time.)

It’s that glorious week in Sydney when time seems to stand a little still – or, at least, traffic is relatively calm and the roads of a morning aren’t filled with tradies’ vans, manic parents insisting on driving kids a few kilometres to school, and the lashings of other road users who clog things up pretty much every other week of the year.

Up with the sun and into the kit before the children are awake, the main challenge is to get out the door without them noticing and asking if they too can “come for a ride”. After that, it’s pedalling and thought and, if I feel the urge, a little physical exertion. 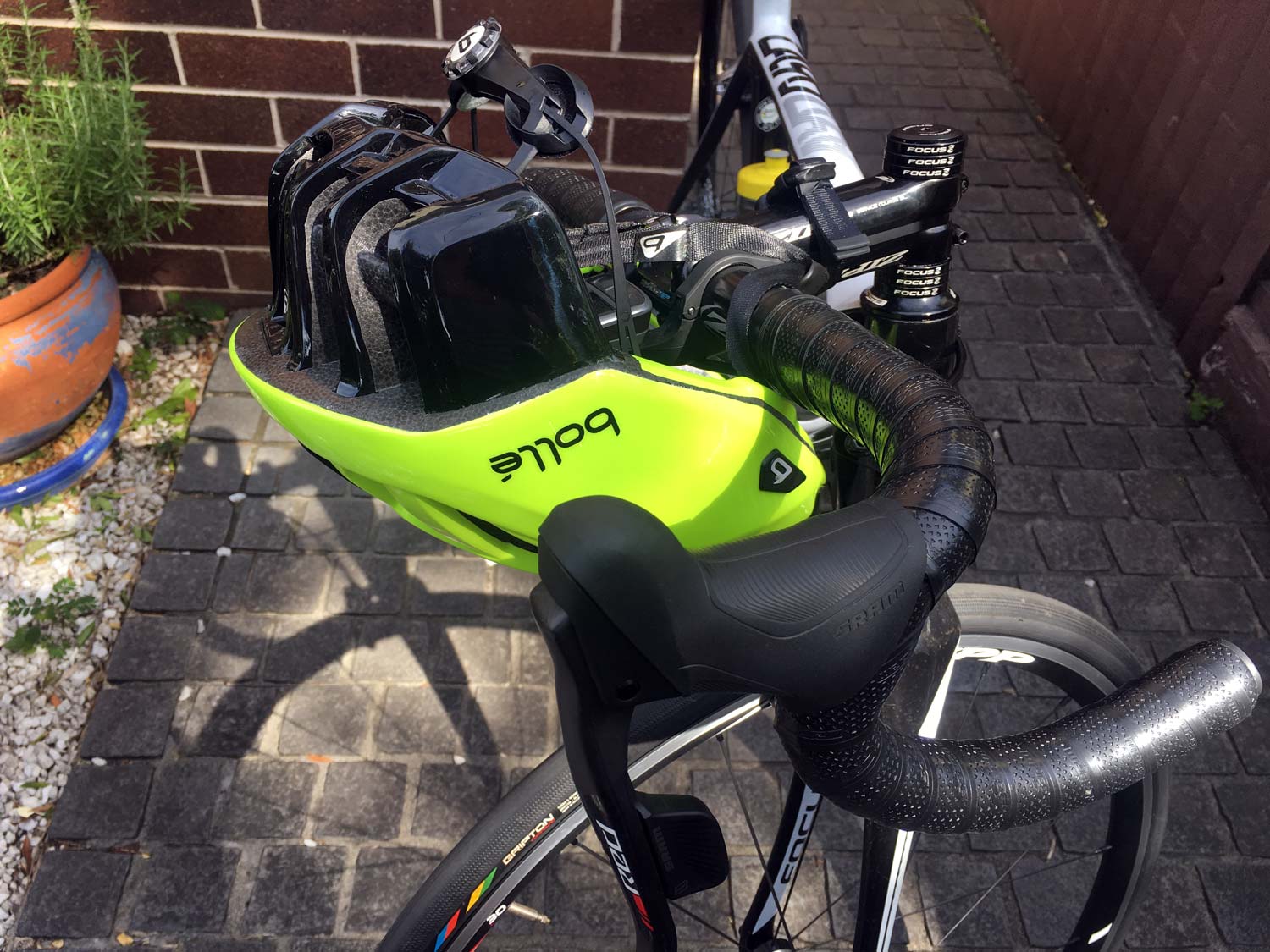 (Note: no photos were taken during the ride in the story. I had to… gasp…! wait to get home before getting a quick shot to illustrate the piece.)

We returned from holidays – a glorious week away from computers (and 4G and only a little bit of WiFi) with the family – the evening of Boxing Day. The next morning (ie. yesterday) the 12-year-old and I did the loop down to La Per’. We squeezed in 50km around our town without fuss, without bother, with a few waves to other cyclists, some thumbs-up to patient motorists, and with smiles on our faces. We even looked a little like a team in matching kit. (Again, that’s another story – and I made a little clip about it if you’re interested… but I won’t go on about it. This isn’t a sales pitch.)

Today, the second day back in Sydney after our holiday, I was out the door by 5.50am. Bidon full of water on the bike, new Bollé helmet on my head, prescription sports sunglasses out of the ‘bike box’ in the cupboard, wallet in the centre pocket, little Sony Action Cam in the left… and the new Elemnt Bolt switched on, tuning in to provide some data.

Clip. Clip. Off I went. A little hop down the gutter. Stretch of my back while I roll along down my street and put on my mitts. (Roeckl, if you’re interested… so good!) Around the corner, shift the gears. Light cadence thanks. No big ring. It’s the second ride after Christmas. Take it easy but enjoy it. Today, I thought, I’ll do ‘a few hills’.

In Sydney’s eastern suburbs there’s a lot on offer. Great destinations, plenty of varied terrain, some steep inclines if you want, plenty of flat road if that’s your preference… but usually there’s also oodles of traffic.

On a standard weekday it requires a bit of planning and perhaps an even earlier start, one which requires plenty of lighting (and perhaps a little prayer, if you’re that way inclined). But this week – that one between Christmas and New Year – it’s possible to pedal and think and admire the view and not get too bothered by traffic.

Around the second corner and I checked my left pocket. The house keys… where are the house keys? Ooops. Forgot. Never mind. It’s holidays. The kids’ll be home when I get back. Around the next corner and the instinctive feel of the right pocket – the one with the little side zipper and the housing for the phone. Empty.

It elicits that little moment of panic: the feeling you get in dreams when you walk out the door in the nude knowing that it’s wrong but… well, it’s a dream and you do stupid things before you wake up and realise it’s all okay anyway.

Do I turn around? What if I need to send a text in an hour to explain that it’s a glorious day and “I may be a little longer than usual – don’t worry”? Ah, it’s 28 December. She’ll figure that out. It’s that week in Sydney. That time when you can ride and concentrate on your breathing and listen to your tyres and skip around the little ruts and bumps on the road and not fear the white HiAces and their manic pilots driving too close while checking their phones to find out where their next appointment is.

This is carefree cycling. Who needs the tech? Yes, it’s habitual to take it along and small enough to slip into your rear pockets without sagging your jersey. But sometimes it’s good to leave it all behind.

By now I was “down the road”. On my way. Committed to the ride. Turning around was not an option. I’d go… onward. Without a phone. For a whole ride.

To hell with the Insta opportunities that may present on this glorious day. Bugger the urge to check Twitter or FB or YouTube or CyclingNews: today it was a tech-free ride. And besides, I had the Action Cam. I could document the journey, if I had the urge, and – get this – wait until I got home to see how the images looked on the computer screen.

Actually, yeah… that’s a good idea. Make a little vlog about the ride: ‘The Adventure On The Thursday Of That Week In Sydney’. It would show people that cycling on these mean streets is possible. It just takes a bit of planning, some caution, a few decades of experience of riding here… and a little bit of sunshine to spruce it all up.

That’s a good plan. Why not make a little doco about this experience…?

Left hand into pocket. Action Cam instinctively turned on without even looking. The chime to tell me that it’s set to record. Push “on”, point and shoot. And in a couple of hours I can check what the result is. Maybe there’ll be a story in it. (Or maybe there won’t. I’ll let the ride decide… so I thought.)

Then, to my surprise, that second chime. The one that tells me the camera is turning off. Huh? What’s going on? I charged it last night. Didn’t I? I’m sure I did.

Red traffic light. Unclip. Foot down. A chance to check the Action Cam. The chime again. It’s on. Then the visual cue: a picture of a battery and a line through it. And the second chime. “Off.”

No charge. No vlog. No camera. No phone. No distractions. Just a relatively calm road, no wind, rising sun, a few hills… and some time on my own with my bike.

Two hours later, I’m home. Some climbing in the legs, a little damp on the undershirt, the zipper still up at the collar and the kids at the door.