One of Australian cycling’s stalwarts Kaarle McCulloch – a four-time world champion on the track – today announced that she will retire from competitive cycling.

The Tokyo Olympics would ultimately be Kaarle McCulloch’s swansong as a member of the Australian Cycling Team. The Games didn’t play out the way the 33-year-old would have liked but her resilience and doggedness helped her get there even though she wasn’t able to deliver the results she knows she is capable of.

The news of her retirement from elite racing brings an end to a career with many highlights even if McCulloch never truly enjoyed the plaudits others in cycling have experienced. Many involved in the sport understand that, in different circumstances, this sprint specialist who has been a podium finisher in world-class competition for over a decade would have been a headline act.

Alas, often the biggest battles McCulloch faced in sport were not against her rivals. The final years of her career are littered with anxious moments, threats of non-selection, and a far from ideal environment in training and competition. 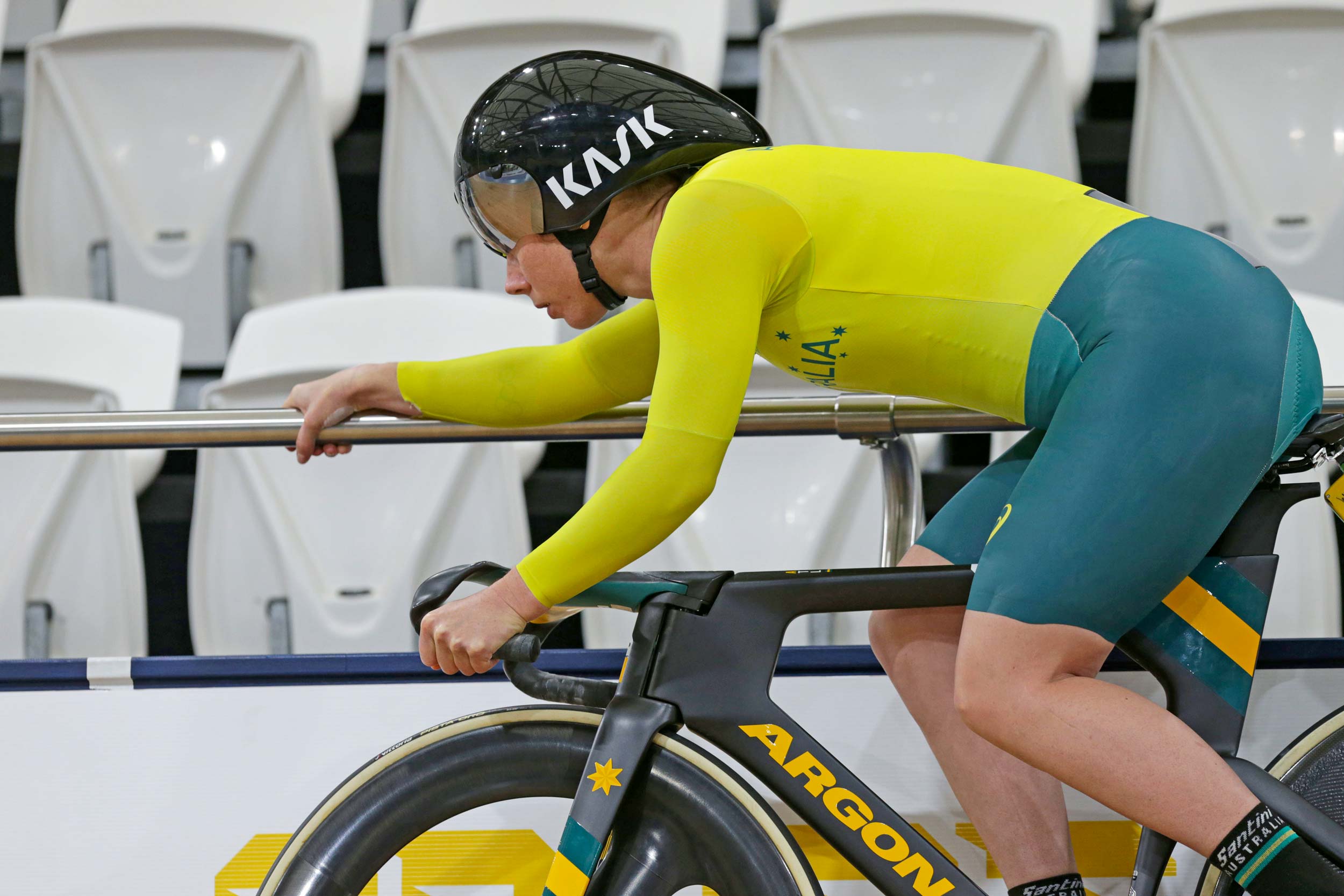 “I was incredibly proud of myself to see Tokyo through,” says McCulloch in a statement issued by AusCycling earlier today, “because I had a severe chronic back injury that I sustained in late-2019 that really derailed my Tokyo campaign.”

The release fails to mention other extreme circumstances that McCulloch had to deal with simply to make it to Tokyo to contest the sprint and keirin, not the team sprint – a two-rider event in which she excelled throughout her international racing career. She was stranded without a partner – or a back-up plan – when Steph Morton retired from racing.

McCulloch and Morton – team sprint world champions in 2019 – were set to contest that race in Tokyo until the postponement of the Games. With Morton’s retirement, however, McCulloch was forced to contest the Olympics with a different approach and the angst associated with ensuring her place on the Australian Cycling Team must have taken a toll on her motivation and the concentration required to succeed at the highest level of track cycling.

Still, in today’s announcement McCulloch refrained from any finger-pointing even when the strain imposed on her by the Australian team’s former high-performance director in his disregard for her talents was clear. Instead of assigning any blame to Simon Jones – who announced his pending departure from the program only weeks before the delayed Tokyo Games – or other administrators, McCulloch maintained her dignity and cited injury as the biggest hinderance to her performance on the Izu Velodrome. 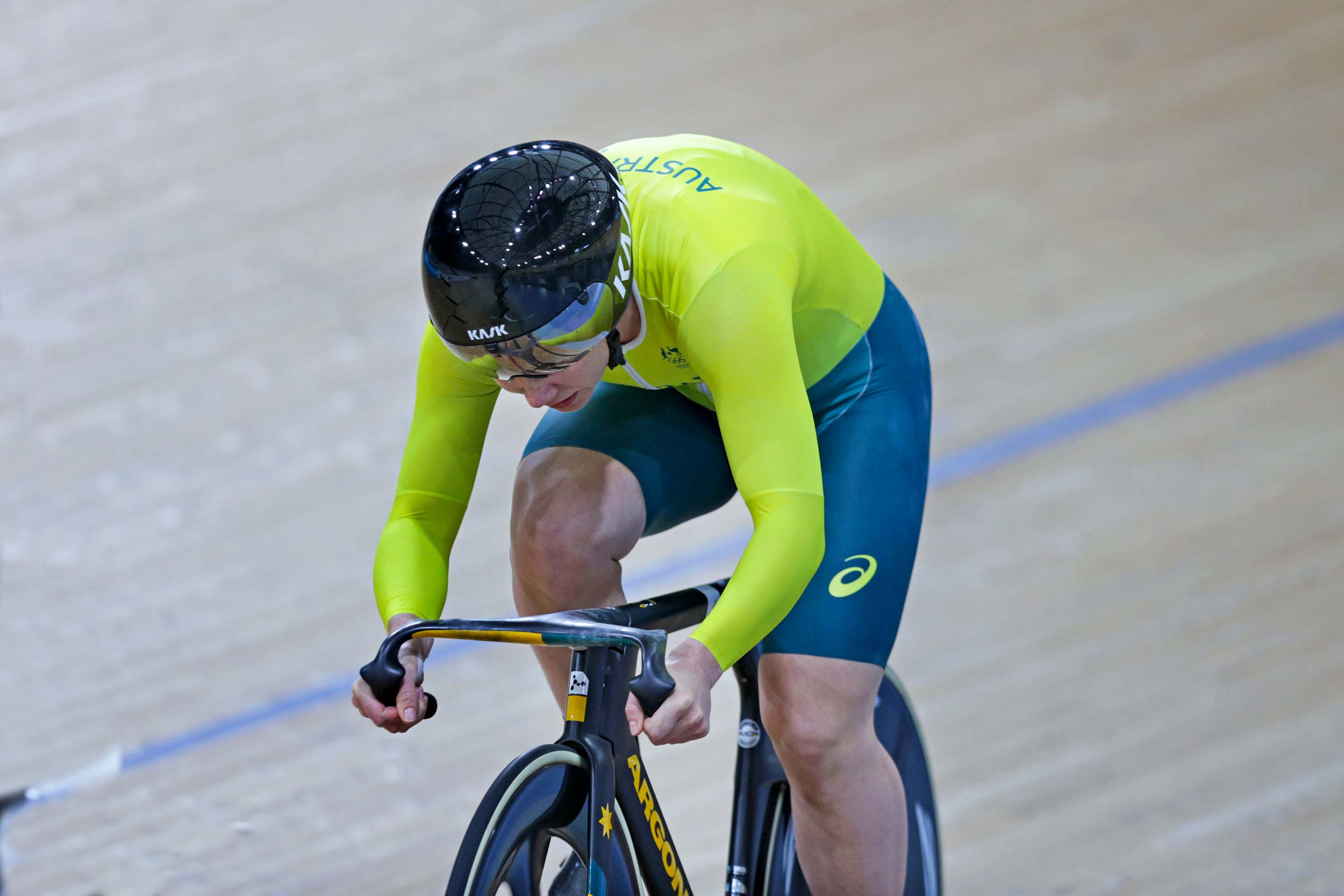 “I was still dealing with daily pain leading into Tokyo,” says explained, “so just to get to Tokyo was an incredible achievement.”

She continues her personal assessment of her career by noting that success isn’t always about winning a race. “What I came to learn in my career over time was that success doesn’t always look like a gold medal. Sometimes it is just a personal best or just fronting up and finishing something that you started.”

Between the original dates of the Tokyo Games and the actual competition Morton retired, thus spoiling the opportunity for the 2020 team sprint silver medallists to prove themselves at Olympic level. But there’s much more to the story than the retirement of one of Australia’s finest sprinters because of the postponement. And Jones should be held to account for the appalling way he mismanaged the situation.

Bygones are bygones, at least that’s how McCulloch’s comments in her retirement announcement would suggest she’s dealing with the disappointment. Hopefully, in time, the full story of what unfolded will be revealed and include how a disrupted lead-in to the Games impacted one sprinter’s chances for a fitting farewell to international competition. 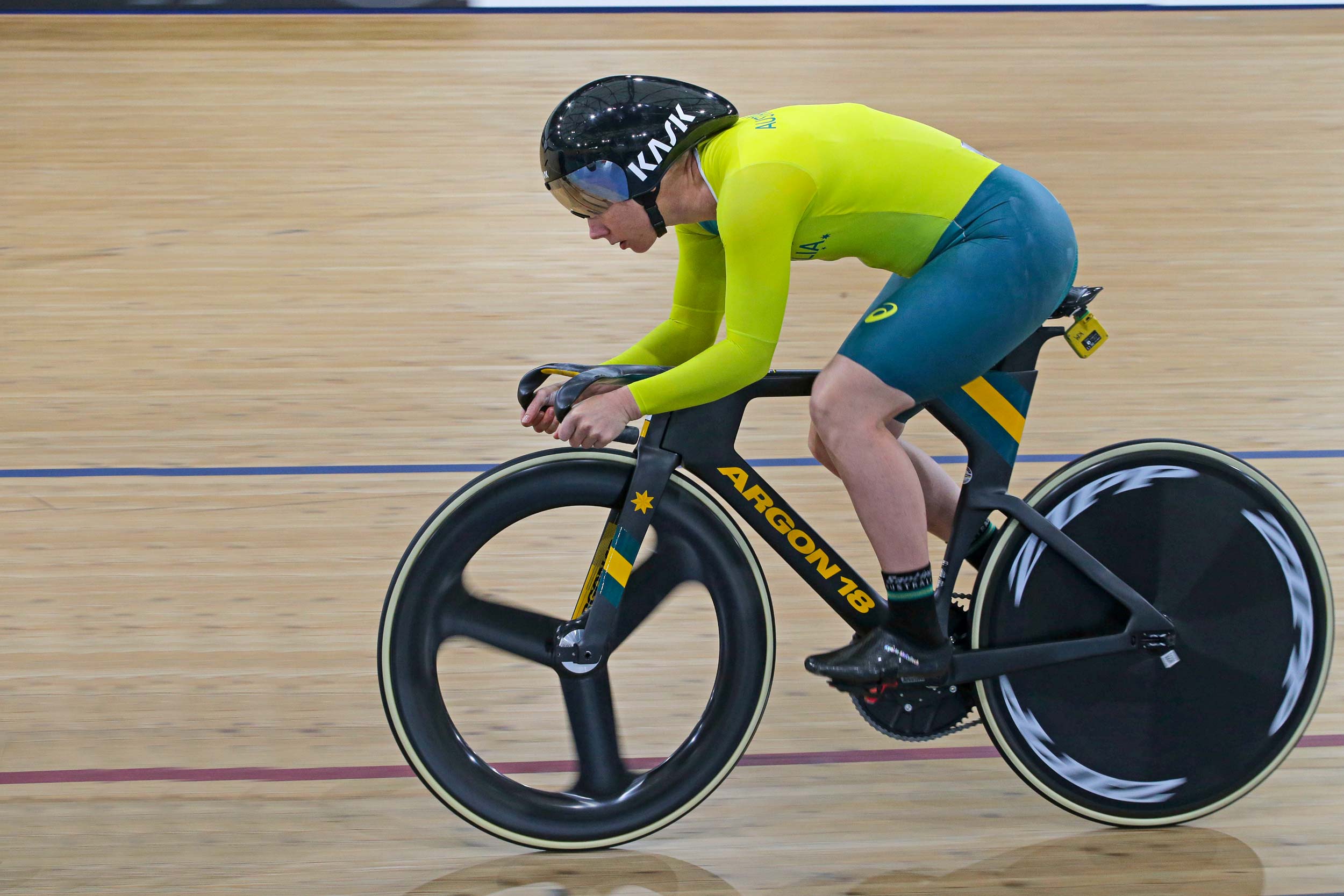 Upon hearing the news of McCulloch’s retirement and having been privy to some of what she endured to even get to the Tokyo Games, I sent her a text message congratulating her not only on her sporting achievements but also on the grace she maintained throughout what proved to be a very difficult Olympic campaign.

“Congratulations on your stellar career in cycling,” I wrote in my message to Kaarle, adding: “More personally, congratulations on holding your head high and rising above all the filth that you had to endure. I only know a tiny portion of your story and I know it has been an amazing journey of competitive spirit against immeasurable odds.”

For now, it’s good to follow McCulloch’s lead and recognise the many accomplishments of an amazing career in cycling. One day, however, I hope she finds the resolve to explain the extent to which she was impacted by forces working against her at a time when she should have enjoyed far greater support.

RIDE Media has featured stories and images of Kaarle McCulloch in action for many years. She was a powerhouse on the bike and a committed athlete who always strived for perfection in an event like the team sprint where fractions of a second can make the difference between winning and losing.

She is a determined athlete who overcame enormous obstacles so that she could represent her country and put her considerable ability on display. Anyone who has seen her race knows that strength on the bike is one of her many assets and the resilience she has built over the years will surely serve her well as she rides away from elite competition. I wish her all the best for what comes next and salute Kaarle McCulloch for a career that features many highlights.