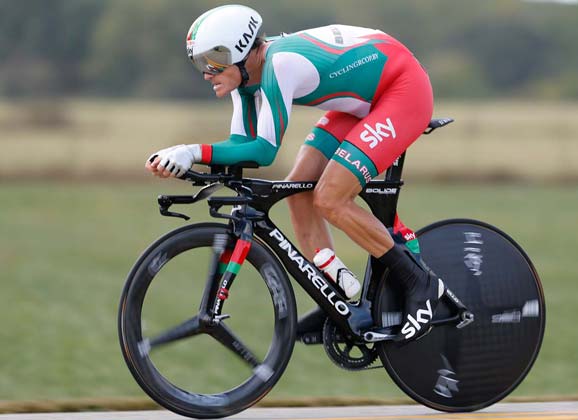 Kiryienka: champion of the TT

The rainbow stays in Sky: from Sir Bradley Wiggins in 2014 to to Vasil Kiryienka in 2015 – successive TT victories. While last year’s podium was fairly predictable, the result in Richmond from this morning isn’t exactly composed of names many expected to see collecting medals at the world championships.

Formidable riders all of them, consistent too… but it’s a trio few would have picked before the 53.5km race.

This is the first elite men’s world championship title for a Belorussian with Kiryienka setting the fastest time, nine seconds ahead of Malori and 26 seconds better than Coppel.

The 34-year-old winner was third in the equivalent event in 2012 – finishing behind Tony Martin and Taylor Phinney in Valkenburg. He was fourth in both 2013 and 2014 but now the rainbow jersey is on his shoulders. Surprise podium? Not really.

Here are some photos from the race by Yuzuru Sunada. 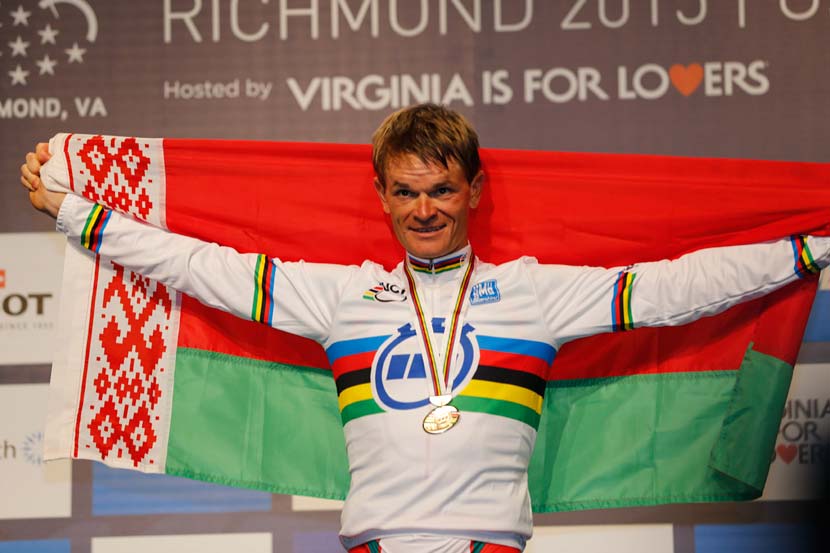 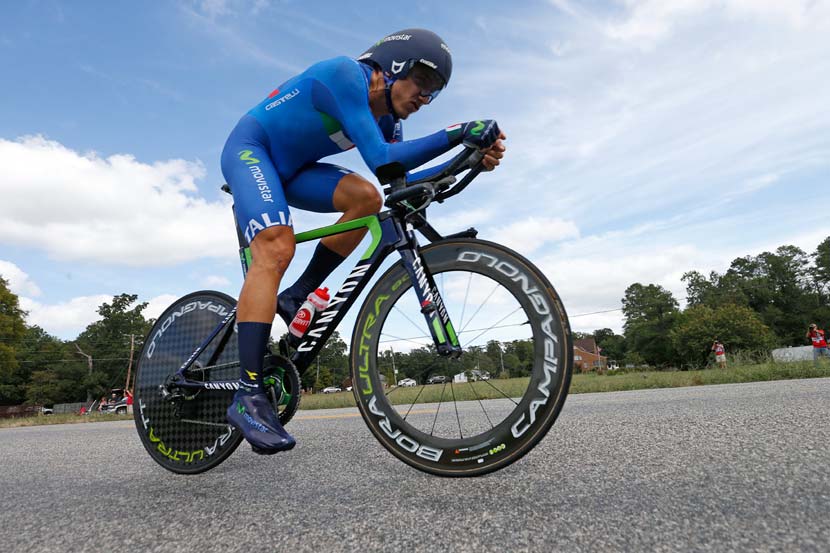 Adriano Malori of Italy: 2nd in the TT in Richmond. He has been the Italian time trial champion in junior, under-23 and the elite ranks. In 2008 he relegated Patrick Gretsch and Cameron Meyer to the silver and bronze positions when he won the rainbow jersey for the under-23 TT in Italy.
Photo: Yuzuru Sunada 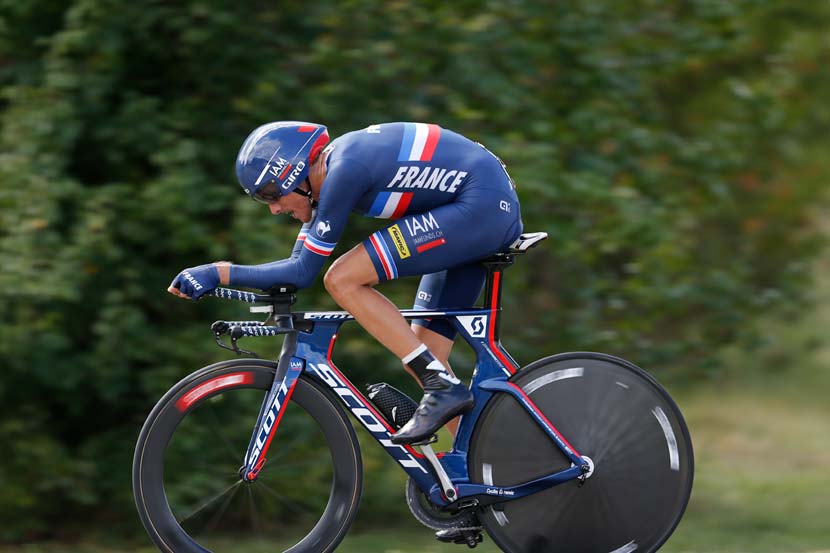 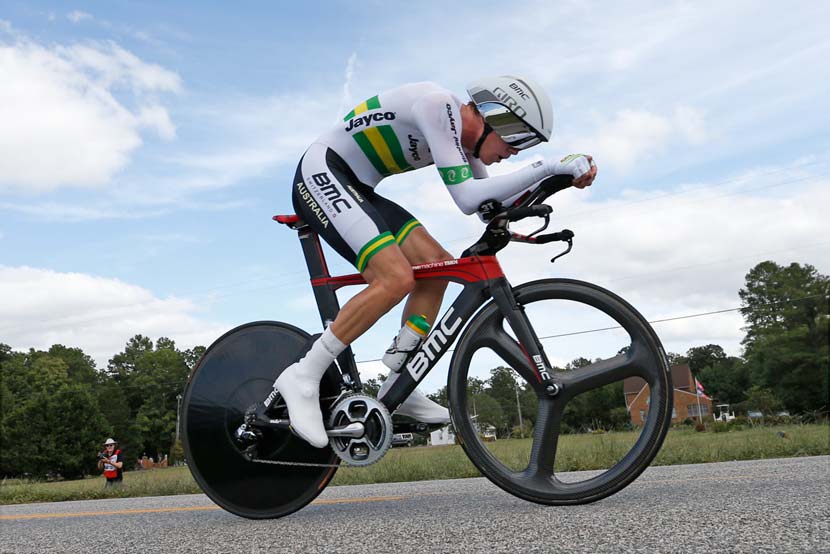 Rohan Dennis had to change a bike during the TT and although impressive with his sixth place (at 1:08), one of the pre-race favourites admits that he may have lost 20 or 30 seconds with the mechanical incident but that he didn’t have the form to win the title today.
Photo: Yuzuru Sunada 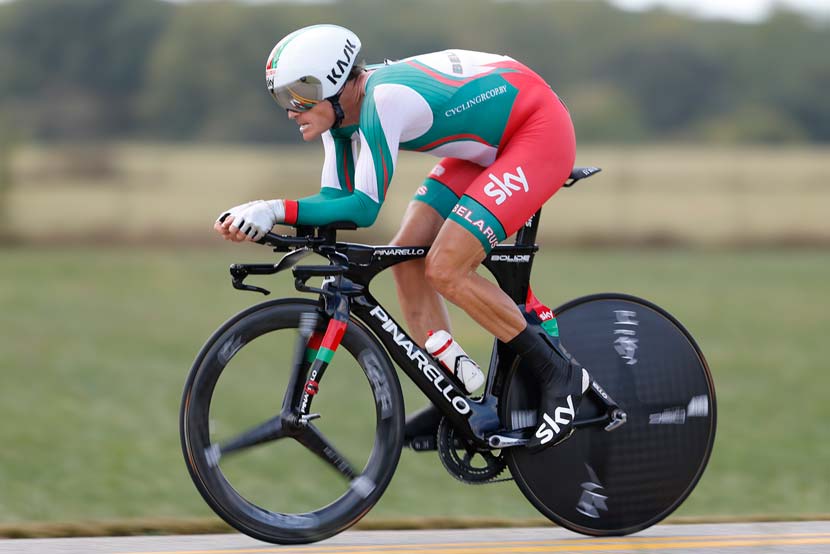 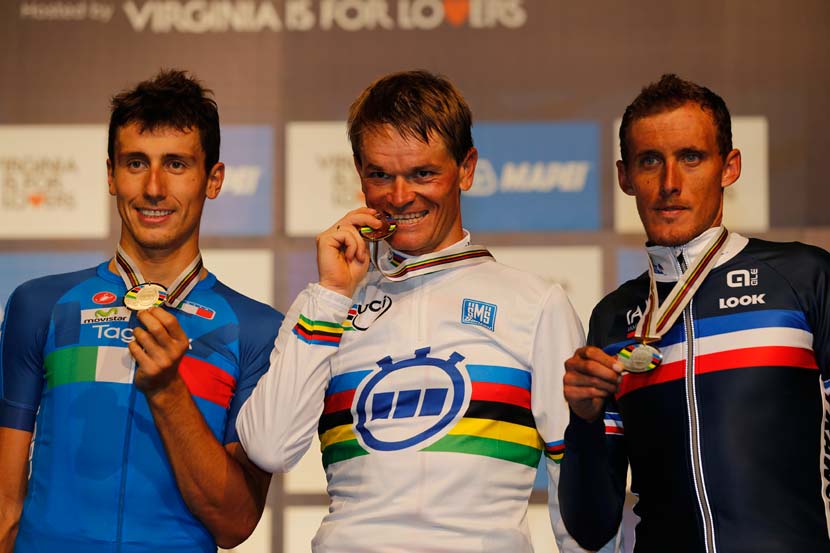