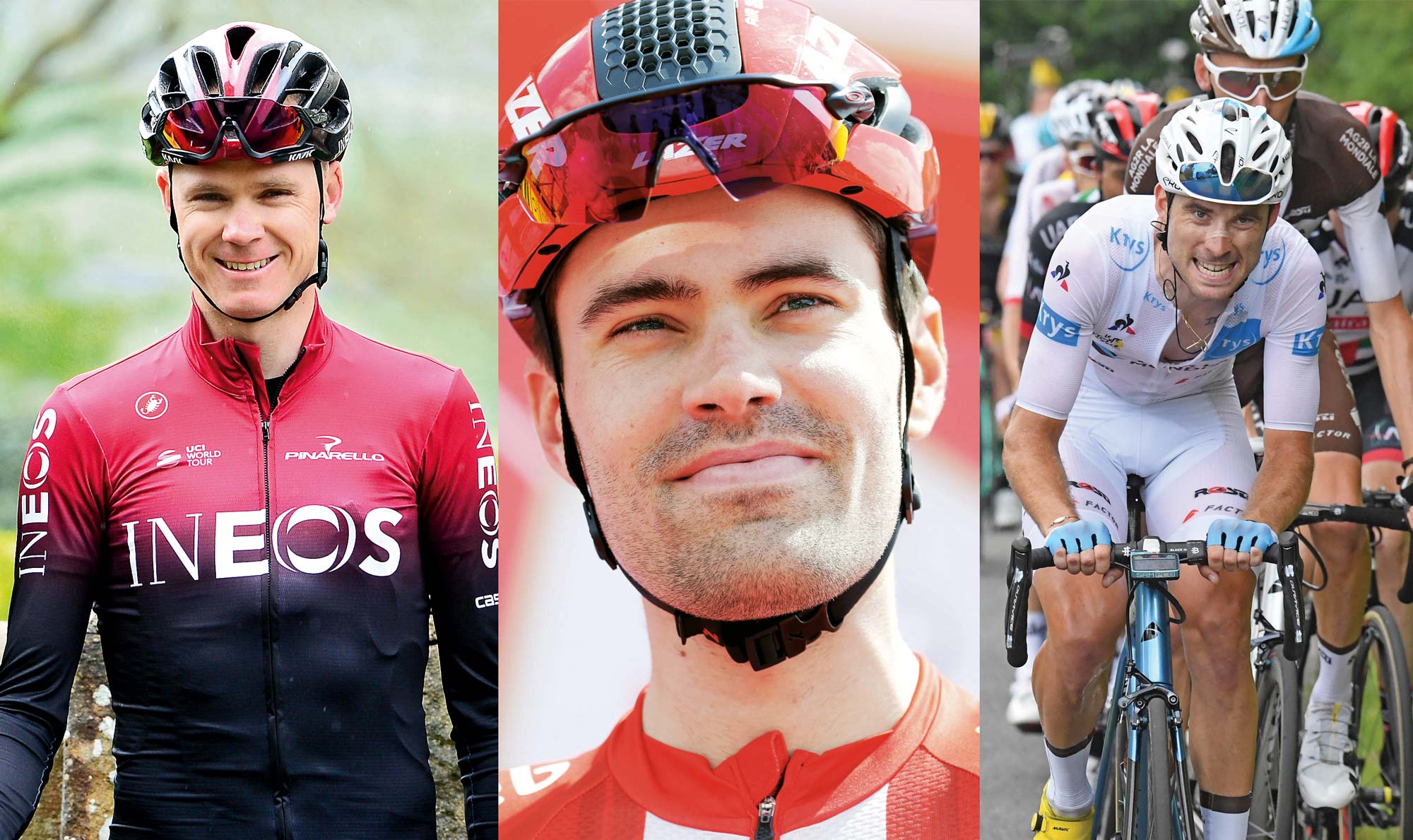 With five days to go until the opening stage of the 106th Tour de France in Belgium, many teams have finalised their selections… and some prominent names are missing.

It started with a crash on 12 June. Warming up for a time trial at the Criterium du Dauphiné, Chris Froome blew his nose, lost control of his bike, slammed into a wall, was air lifted to one emergency room before being treated and transferred to another hospital. Then came the requisite statement from Team Ineos, confirming the news.

“Froome has subsequently been ruled out of the rest of the race and will also miss the 2019 Tour de France.”

Twenty-five days before the Tour de France, the four-time champion became a non-starter.

That roster of eight is, of course, presented in alphabetical order. By the time you see the official start list, we can assume, at the top of the British roster will sit the defending champion. Number-one for his 10th Tour, the youngest rider in the race in his debut year, 2007, will be back to defend his title. But, says his team, he’ll share leadership duties with a 22-year-old Colombian who begins the Tour for just the second time. “Reigning Tour de France champion Thomas, who became the first-ever Welshman to win the race in 2018, will co-lead with Bernal, who heads into the race in winning form after triumphing at the Tour de Suisse last weekend.”

Meanwhile, Froome will continue his recuperation and there’s a lot that needs time to mend: “a fractured right femur, a fractured elbow and fractured ribs”, these were all included in the original diagnosis on 12 June.

Three days later, after a six-hour surgery to treat the injuries, other news came to light. There were more fractures than originally thought, including his sternum and C7 neck vertebrae.

One of the three Tour champions who were in contention for a place in the 176-strong peloton for the race from 6-28 July leads the growing DNS list. ‘Did Not Start’ – these are three words no professional rider wants to see, but others have added their names since Froome’s accident. 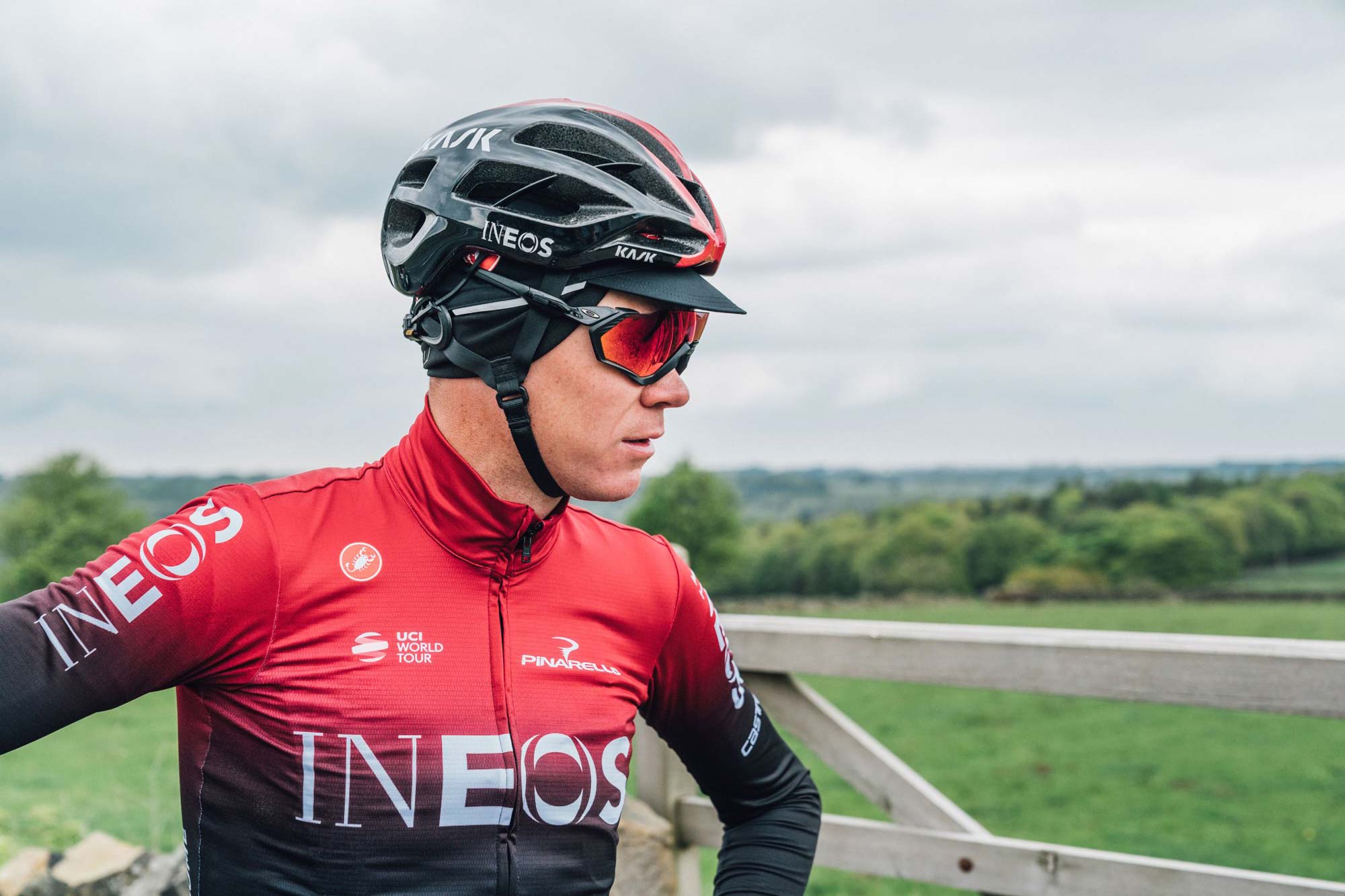 Froome (above) was the first big star to miss out of the Tour of 2019.

Injuries make previewing the Tour a month in advance of the start a little difficult but that’s what RIDE Media and other publishers have done with the Official Tour de France Guide(released in mid-June). It’s all part of the narrative: assumptions of who is going to be there can soon change. The Australian ‘Tour Guide’ came off the press the day Froome crashed. It was on sale in newsagents the same day Tom Dumoulin declared he wouldn’t start. And there are others featured on the pages of our 212-page magazine who won’t be at the start. But that’s life with print deadlines. (Thanks for your understanding.)

Team selections are still being finalised and, by the end of the week, there could be even more high-profile names absent from the roll call.

Already there’s Froome, shortly followed by news from Team Sunwebabout Tom Dumoulin, last year’s runner-up, who strived to improve his form after crashing out of the Giro d’Italia in May but ultimately succumbed to knee pain, stating: “A physically challenging run up to the race means that he is unable to be in the best possible shape to tackle three hard weeks of racing.”

You can’t dress up the disappointment. Cycling needs as many charismatic champions as possible and Dumoulin is one of the most charming riders in the sport, but he won’t have an impact on the Tour of 2019, meant to be his sixth start in the race. DNS: Dumoulin. 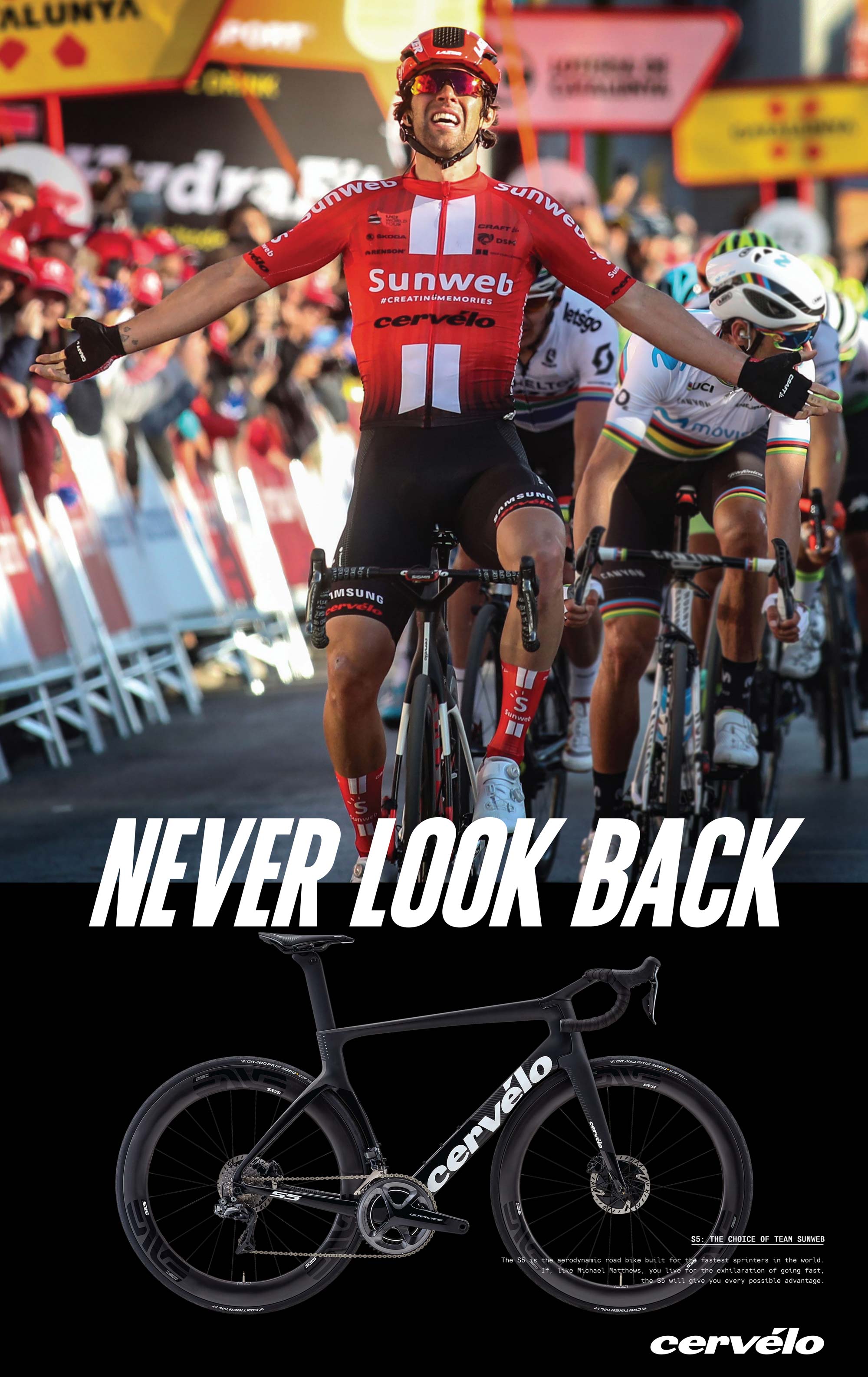 Matthews (above) stars on one side of the pull-out poster inside the Official Tour de France Guide (2019 Australian edition).

There is a small consolation for Australian fans because of the news about Dumoulin’s issues with a knee injury: instead of racing as a support rider, Michael Matthews will return to the Tour with leadership status.

Like it was in Matthews debut at the Tour for the German-registered team in 2017, he’s likely to wear the number-one dossard, denoting leadership status. Matthews would win two stages and the green jersey (and team-mate at the time Warren Barguil, winner of the 2019 French championship, also claimed two stage victories and was crowned King of the Mountains).

Matthews is the cycling star Australia has needed for years: highly professional, well supported, greatly valued by his team, cleverly managed by Sunweb (and his Slovakian wife Katarina), consistently capable of racking up results… and, alas, largely ignored by the Aussie media despite his successes.

Instead of suffering FOMO, however, Matthews quietly goes about his business, responding to the program set by his team, and doing the work set up by his coach Brian Stephens (brother of Australia’s second Tour de France stage winner Neil, and now employed as a “trainer” by Sunweb). The 28-year-old sprinter from Canberra didn’t have a great Tour in 2018, he is denoted in the official records with DNF for stage five… illness ended his campaign a year ago. It was a hiccup in an otherwise impressive sequence of improvements for the consistently strong Matthews, the only rider other than Peter Sagan to win the Tour’s green jersey since 2012.

The national championships of many countries were contested over the weekend, with a few surprises and more reasons for teams to change their original plans for the Tour de France. The most notable addition to the DNS list at the start of July is last year’s white jersey winner, Pierre Latour.

The Frenchman from AG2R La Mondiale was already named as a starter when his team announced its original roster of seven riders, with one to be added after the nationals on Sunday. But instead of confirming his place on the support cast for Romain Bardet’s bid for another podium finish at the Tour, Latour also succumbed to injuries sustained earlier in the season – or, rather, he never found the form he wanted because of a crash in February.

“I’ve already had 23 fractures over the years,” he says in the Official Tour de France Guide. Add a fractured scaphoid and radius to the list – and two subsequent surgeries – and you eventually arrive at the statement issued by AG2R on the day of the French championships on the last day of June.

“We decided that it was more reasonable to replace him for the next Tour de France,” said team manager, Vincent Lavenu. “He has been struggling since returning to the competition, and it would have been very risky to send him to a race like the Tour de France.”

Latour agreed with the appraisal: “At the Tour, I would not be worth anything to the team.”

Another absence in July with a focus on recuperation…

AG2R was one of the first to announce riders for the Tour. The eighth was selected after the championships: Alexis Gougeard got the nod… and then, on the day of that announcement, Alexis Vuillermoz, a stage winner in the past, was brought in to replace Latour.

There are still a few days to go and many rosters yet to be finalised (or altered). But we already know that there are a few less Australians than fans had been hoping for. Lotto-Soudal is backing its new recruit for 2019, with Caleb Ewan being confirmed as the Belgian team’s protected sprinter.

“Caleb Ewan will be at the start of the Tour for the first time in his career,” said Lotto-Soudal’s manager, Marc Sergeant, “he will put the necessary pressure on himself. With already three stage wins in the Giro and one in the Vuelta, I think the ambition to also win a Tour stage, will come automatically.”

Adam Hansen, however, didn’t not make the eight. Yep, strange but true. The Grand Tour Grand Master may do as he did in 2018 and make a few media cameos, but he’ll not be racing the Tour in 2019.

This time last week, Nathan Haas was waiting for news about his workload in July. In a tweet (that has since been deleted), he said he’d either be contesting the biggest race in cycling or “having a holiday”. He didn’t make Katusha-Alpecin’s selection of eight, so he removed the message and, we can assume, duly set off with his fishing rod to find a mountain stream…

Selections continue to be announced. Bags are being packed. And many associated with the Tour – RIDE Media included – are setting off for Brussels.

The Grand Départis only a few days away and by the time we arrive in Belgium we’ll know a lot more about who the 176 starters are. The team presentation is on Thursday (4 July) and just because someone waves to the crowd from the podium, even then it’s still not certain if they’ll be part of the peloton for The Big Loop.

This is cycling. Things can change quickly – just ask Fred Moncassin (who fell off the presentation stage in 1994 only to be replaced the next day by Pat Jonker), or Matt White (who crashed while warming up for the prologue in 2004), or many ‘stars’ of Operacion Puerto in 2006 (they were presented as part of the peloton but sent home before racing began).

Froome and Dumoulin and Latour were all expected to be racing this July… but they are some of the DNS list in 2019. We wait with interest to see who eventually makes up the peloton.