At a glance, the route of the 108th Tour de France is something that should whet the appetites of two Australian cycling stars, Caleb Ewan and Rohan Dennis…

The traditional presentation of the route for the next Tour de France was scrapped; instead of going to the Palais des Congrès in Paris near the end of October (as has been the case for years), the race organisation teamed up with France Télévisions’ Stade 2 program for the grand unveiling early in November.

Instead of speaking to a packed auditorium, Christian Prudhomme talked the TV audience (and online broadcast, above) through the 21 stages and explained a route that begins in Brittany before aiming for the Alps in the east, before the rendezvous in the Pyrenees.

– Visit LeTour.fr to see the route for the 108th Tour de France –

In comparison to recent years, when the working title always seemed to be ‘a race for the climbers’, the route offers something for everyone – including more for sprinters than in 2020 and a chance for rouleurs to take on the mountain specialists. This adds up to an interesting scenario for a couple of Australian riders who have excelled recently.

Caleb Ewan – the winner of five stages of Le Tour from his two starts – will relish a course that provides greater scope for sprint finishes. And if Rohan Dennis continues his impressive evolution, perhaps he will earn some leadership status come June 2021. 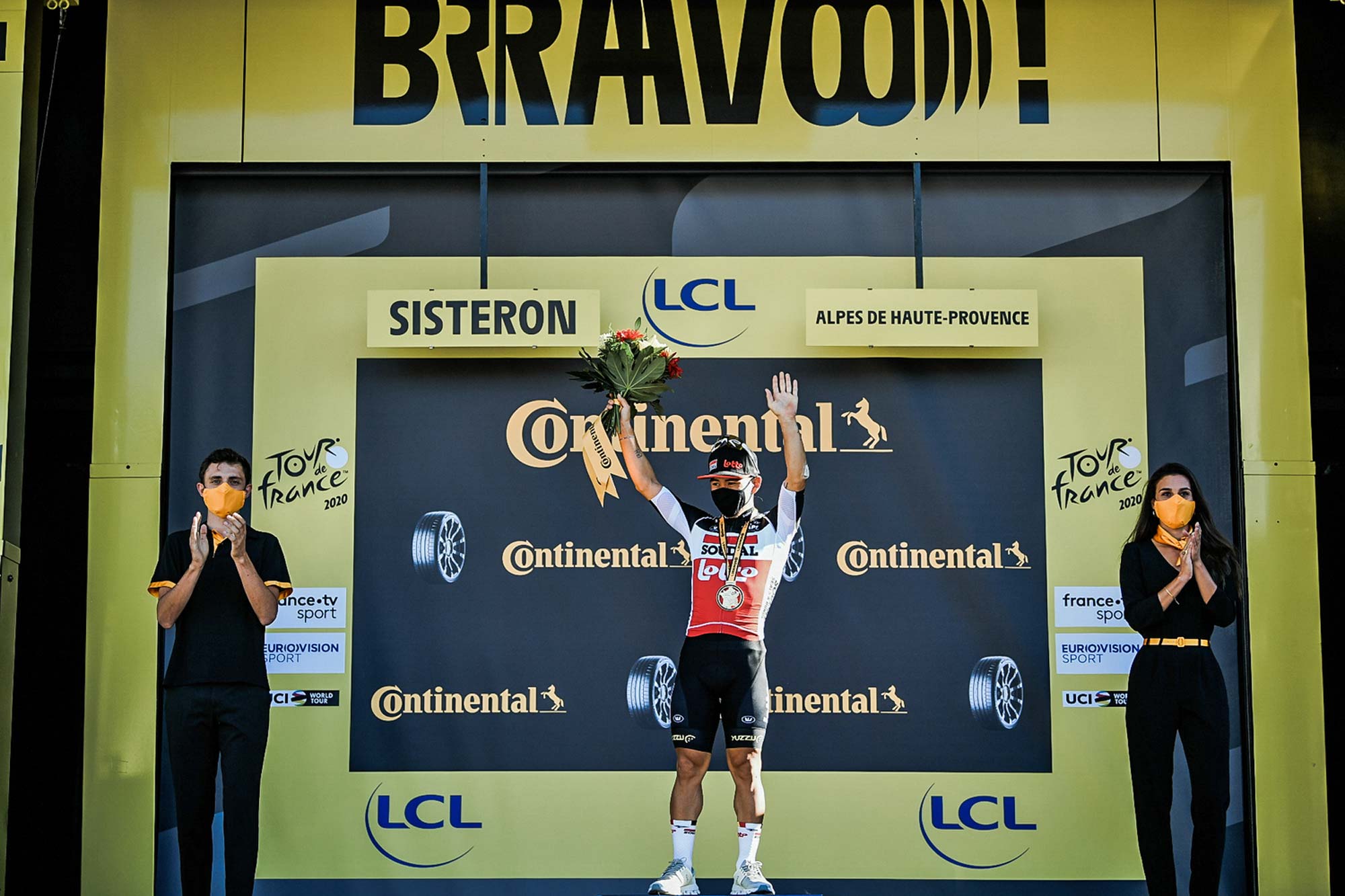 Caleb Ewan has demonstrated his winning capabilities in 2019 and 2020 – three stage wins on debut, and two this year… and the route of Le Tour in 2021 offers plenty of options for a sprinter like him. (Photo: Pauline Ballet, via ASO)

It’s early days and we already know that next year’s Tour de France has been compromised; rather than having the Grand Départ in Copenhagen as originally planned, it will be in Brest in the far west of France. It was here that the 2008 edition began and 13 years later, the Australian influence is again likely to be strong.

The planned dates for the 2021 race are 26 June to 18 July, the earliest start for the Tour de France in many years. And, considering the impact of the pandemic in Europe at the moment, there will be an obvious nervousness about how it may all play out. That being said, the 2020 Tour – which was hugely affected by COVID-19, having been delayed 63 days from its originally-planned start date – was a masterstroke of meticulous planning.

The 107th Tour was in doubt for some time but it not only made it to Paris, it did so at a time when the pandemic heavily impacting every aspect of life in France… and, most people agree, it was a fantastic race.

Once again, as the next European summer approaches, the pandemic will be front of mind for everyone involved but if we can ignore that for a moment and just consider the destinations of Le Tour 2021, we see plenty of innovation, a few new locations, and also the usual nod to traditions of the world’s biggest race. 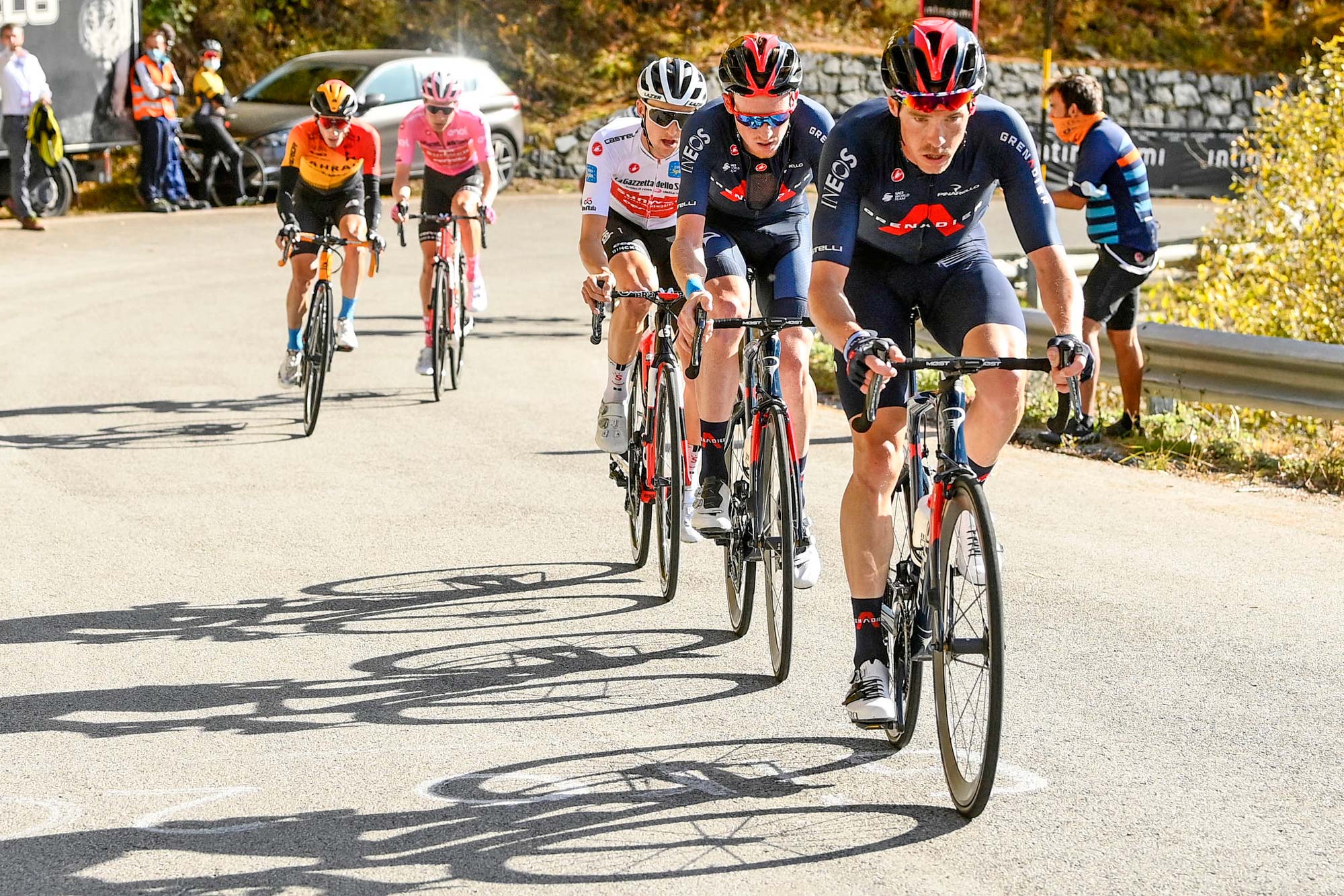 Rohan Dennis (pictured here at the Giro d’Italia of 2020) has the characteristics of a rider who could excel on a route like the one that’s been presented for Le Tour 2021. (Photo: RCS)

In 2008, the opening stage was won by Spain’s Alejandro Valverde, who beat Philippe Gilbert in an uphill sprint contested in Plumelec on the southern side of Brittany. In 2021, the route on day one sends riders on what’s almost an out-and-back loop, starting in Brest and finishing in Landerneau. One for the sprinters? That’s the forecast. Could Caleb score the first maillot jaune? Why not?

The stage that is mapped out for the first Sunday offers a chance for the climbers with a finish at the celebrated climb of Mûr de Bretagne… Remember that one Cadel? It was there that Australia’s only Tour champion won a stage in 2011, when he beat Alberto Contador in a tight finish on a wild, wet and windy day for stage four.

Yes, we remember the 2008 edition now because there are several similarities of that parcours and the one revealed by Prudhomme in Paris on Sunday. That race began in Brest, it had plenty of TT kilometres, and it featured an Australian who would finish on the podium, Evans – runner-up for a second successive year.

From a parochial perspective, we have riders from Australia that could indeed make headlines again next year. 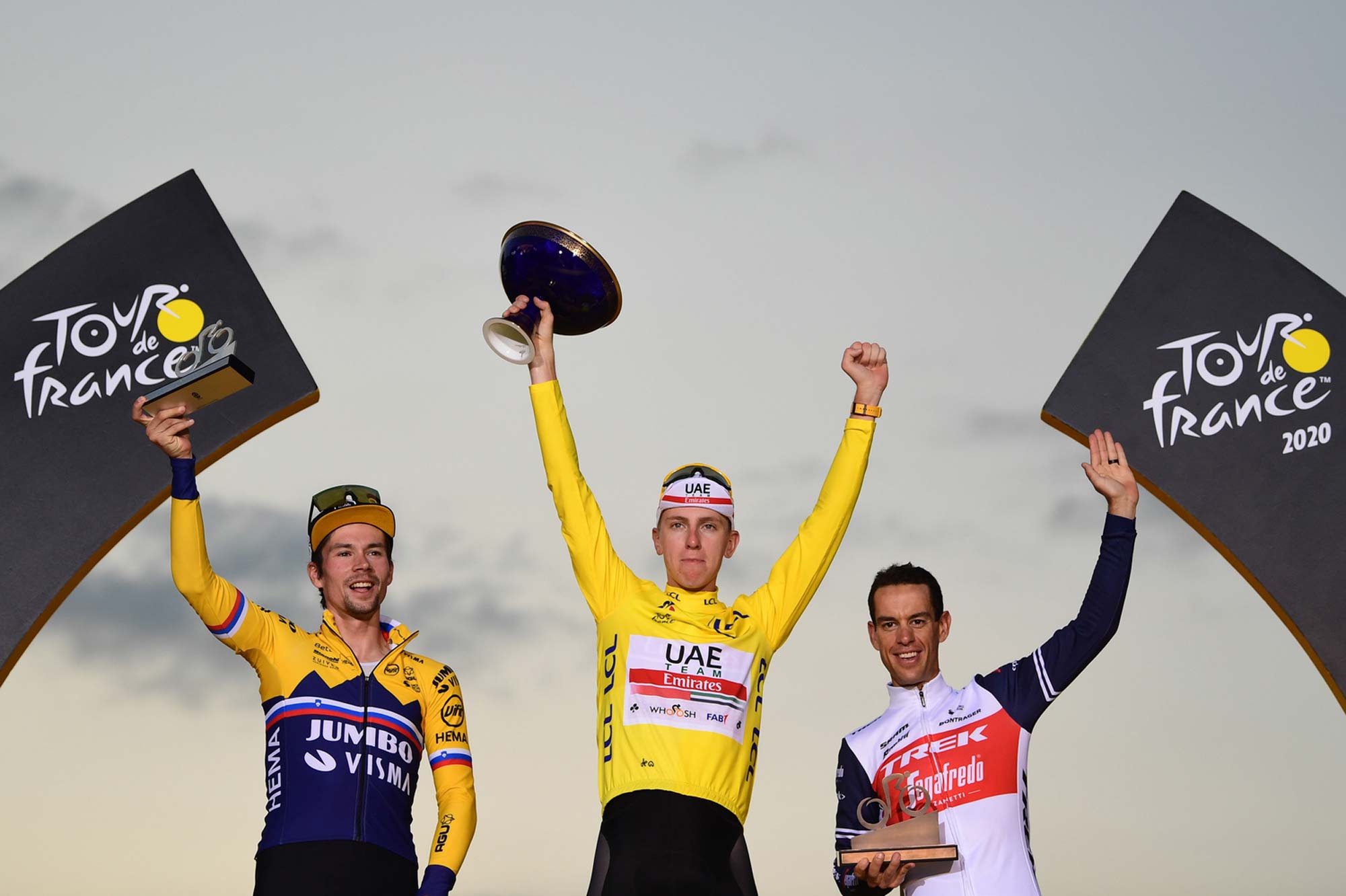 The final podium of Le Tour 2020… 1st: Pogacar, 2nd Roglic, 3rd Porte. Richie has said he’ll now race in the service of others but as a climber who can also time trial well, could he reconsider that statement? (Photo: Pauline Ballet, via ASO)

For several years now, the Tour has favoured climbers more than time trial specialists. The last ‘rouleur’ to win the yellow jersey was Sir Wiggo in 2012, when the penultimate stage was a long TT finishing in Chartres. Of course, he was a capable climber as well, but he earned considerable gains in the race against the clock. And with this in mind Rohan Dennis’ name immediately springs to mind after a cursory glance at the route for next June and July.

With a total of 58km against the clock on the itinerary for 2021, the two-time world TT champion could again feature on the start list. If that happens, he could even be a protected rider – maybe a team leader… yeah, even in a team like Ineos Grenadiers!

He has one more year on his contract with the formidable line-up that wins more often than it loses at the Tour and after his demonstration of force in the Giro of 2020 – with good time trial results, but emphatic strength displayed in the high mountains – he has to be relishing what was presented by Prudhomme recently.

RIDE Media has published the Official Tour de France Guide (Australian editon) since 2003 and that tradition will continue in 2021.

In cycling, we speak about the Tour de France often and now that we know what the full route for next year is, expect to hear a lot more about it for the months that lie ahead.

There’s a lot of territory to cover and much to consider before race day but the map is revealed and the planning is about to begin.