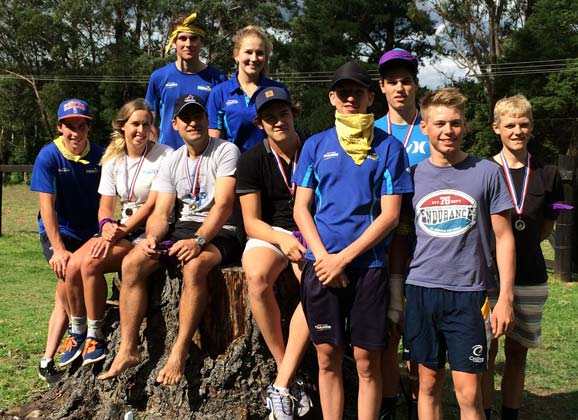 Learning to work as a team

Over the weekend, we had a chance to join a coach and his young charges to get an insight into a training session that was different from the standard bout of work on a bike in preparation for a race. It had little to do with cycling and that was exactly the point… 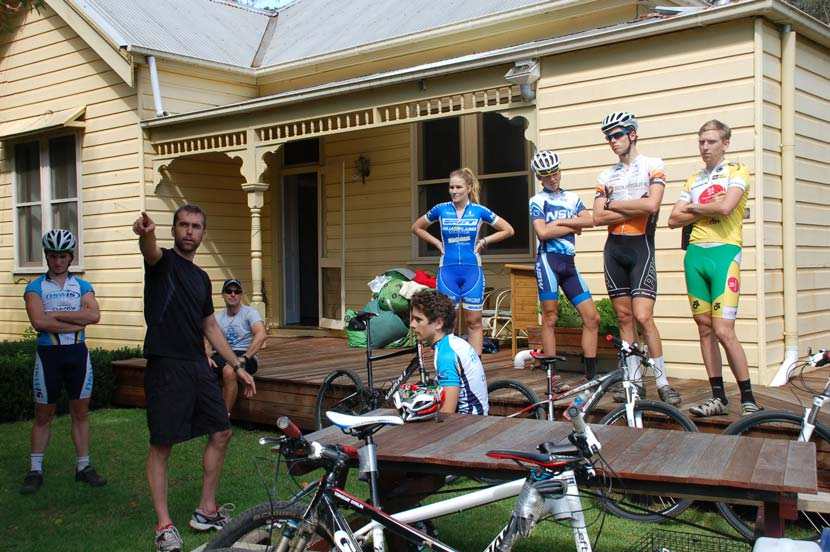 Training enthusiasm: getting to know each other

In any team environment, a key to achieving fulfilment is sharing the workload. This applies in sport as much as in business, or even inside a family unit. Learning to manage resources, understand each others’ strengths, utilising skill sets and delegating tasks are all aspects that help make a group function better.

Brad McGee is no stranger to success: he’s achieved it as an individual and as part of a team. In 1993 he won his first world championship and set a world record on the way to winning his title in the 3,000m junior individual pursuit. He would alternate his racing from the track to road and back again and experience the highs and lows of competition. He is a gifted athlete who has led the Tour de France, Giro d’Italia and Vuelta a España. He’s won Olympic gold (as well as silver and bronze) and a number of elite world championships. A back injury ended his cycling career earlier than expected but he quickly slotted into the role of directeur sportif, again enjoying success at the highest level. He has guided riders to victory in the Tour de France and Vuelta a España.

McGee has experienced the rigours of his chosen sport from a young age, on the bike and off it. At 38, he is a coach at the NSW Institute of Sport and he remains involved in international competition as manager of the Australian squad for the world championships. 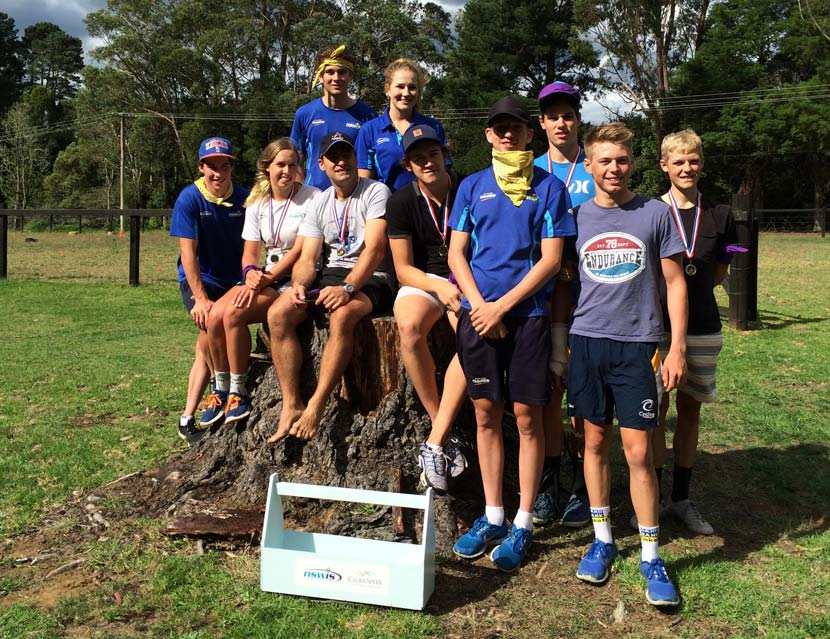 In his capacity as coach/manager, McGee needs to be in tune with a range of teams and disciplines. He coaches riders in their teens and also offers advice to some of the most experienced cycling campaigners in the world.

Last weekend, McGee invited RIDE to join him at his ‘Twin Falls’ property near Fitzroy Falls in the NSW Southern Highlands to watch as a group of his NSWIS athletes were put through a series of challenges – physical and mental – designed to help them understand some concepts of teamwork.

“I focussed on a couple of key points and one was asking them to be efficient with their energy,” explained McGee about the challenges that were set over a long weekend of activities. “I wanted them to be able to make decisions even when they were in uncharted waters. I wanted them to be able to continue making the right decisions when they were stressed and fatigued – and not just continue for their own sake but to do so in such a way that they kept the morale of the group.”

The adventure was very much in line with the ‘Boot Camp’ theory that was applied to pre-season gatherings when McGee was in the CSC team in his final year as a pro cyclist [2008]. His hope is to have every one of the NSWIS athletes go through a similar weekend at least once a year. In this instance it was a group of 10 athletes, eight young men and two young women, who are part of the NSWIS development race team.

“On one hand it was for self awareness,” said McGee. “It allows them to understand themselves better, but it was also to help them understand their peers and how they react to different circumstances.”

It began on Friday morning and the activities included mountain biking, hiking, canoeing, camping, cooking… and supporting one another.

With no knowledge of what each subsequent task would be, nine from the group (excluding Jack Edwards, who was racing on Saturday) rode mountain bikes from McGee’s Twin Falls property down the escarpment to Kangaroo Valley. They carried a few essentials in backpacks and had a bike trailer loaded with a tarp, some tent poles and one item that could be chosen to help them get through a night in the bush. “They opted for an axe,” said McGee, who duly obliged even though, at the time of the selection, they had no idea what the challenges that lay ahead were.

Eventually the athletes were given canoes and told that they had to paddle down the Shoalhaven River. The exact destination was unknown, so too the length of time it might take to get there. With support from a friend of McGee who tagged along for the journey should trouble strike, the group set off in early afternoon. By nine o’clock in the evening, hunger and fatigue insisted they stop. After setting up camp, starting a fire and feeding themselves, it was time for rest… but not too much. With no GPS, they determined that an early start was required to finish the canoe trip. At 2.00am, they set off again…

“The reason I pushed them so hard was so that they actually reached a state of stress, discomfort and fatigue,” explained McGee, “and then we got to see a little more of who they were and what their characters are like.

“As I explained to them from the start, there was no right or wrong, but everyone reacts to stress differently. A big focus of the weekend was, ‘What do you do between that stress and that stimulus and your response?’ They’ve always got a choice: there’s a moment in time that they can take to choose a response and not just be totally reactive and animalistic.”

These young athletes aged between 16 and 19 have an association with NSWIS because they have been identified as riders with talent. They are good at racing, have a strong physiology, and a commitment to their sport. But the Boot Camp weekend wasn’t meant to only improve their cycling.

“This goes way beyond cycling,” insisted McGee, “in fact, apart from the mountain biking – which was a key component in loading them up with physical demands – there was no real element that had anything to do with cycling. Yes, the benefits will extend to cycling and other domains but really it’s a life skill building exercise.”

They were return to Twin Falls for Saturday evening and bunk together in the relative comfort of the conference room on the property. On Sunday morning there were more cycling activities including practice of passing feedbags – done in a team-against-team scenario, with the losers given the duty of preparing lunch. They practised changing wheels as though they were in a race environment and each had a chance to drive the ‘team car’, replace a wheel, pass bottles and other elements that are likely to soon become second nature.

The final series of challenges were set by a company called Pinnicle Team Events. The group was divided in two: Team Yellow and Team Purple. They worked together to solve problems and achieve an outcome in six tests, including a challenge called ‘Nailed it’ where 12 long nails had to be balanced on the tip of one other nail that had been hammered through a piece of wood. “I was looking at the objective and couldn’t think of how it could be done,” said McGee, “but less that five minutes later, they had the problem solved. The other games were just as tricky and challenging in their own ways.

“It offered the opportunity for mental growth and realising that if you break big problems down into small components, then things aren’t as difficult as you original believed they were.” 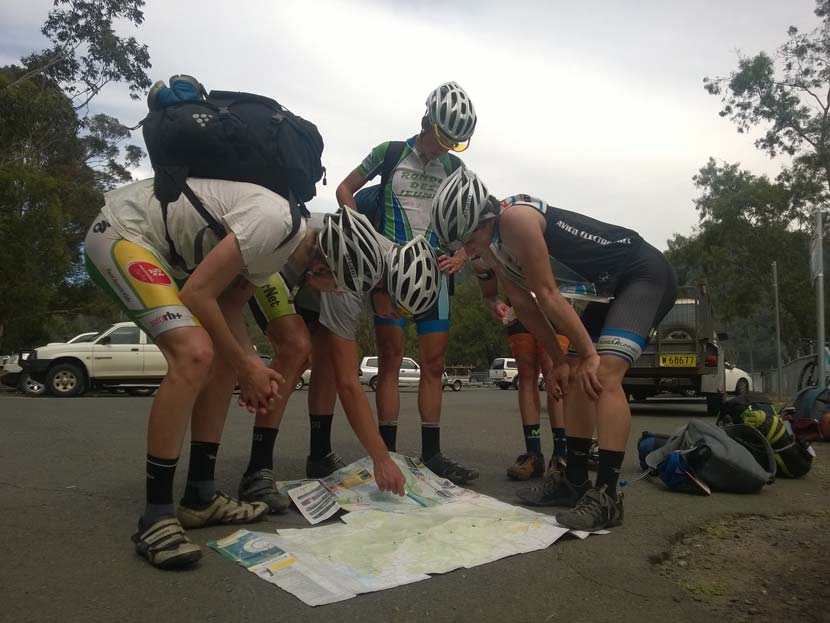