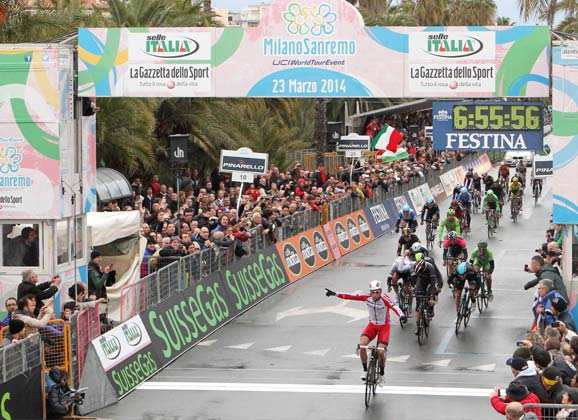 Oh yeah, the riders – they have it tough. Seven hours, 294km, rain, hail, wind, cold… it’s difficult to get from Milan to San Remo. But what about those who are watching the action from Australia? As part of a little series of reports on the action from the Monument of the 2014 season, we consider the plight of viewers who have to contend with a time difference of 10 hours and get some tips on how to keep your senses cognitive at a time when the mind is calling out for sleep.

In part one, we talk to commentary wizard Matt Keenan and find out how he copes with watching races from the comfort of his lounge room when the start of the broadcast is scheduled for half-past midnight and the finish around 3.00am…. 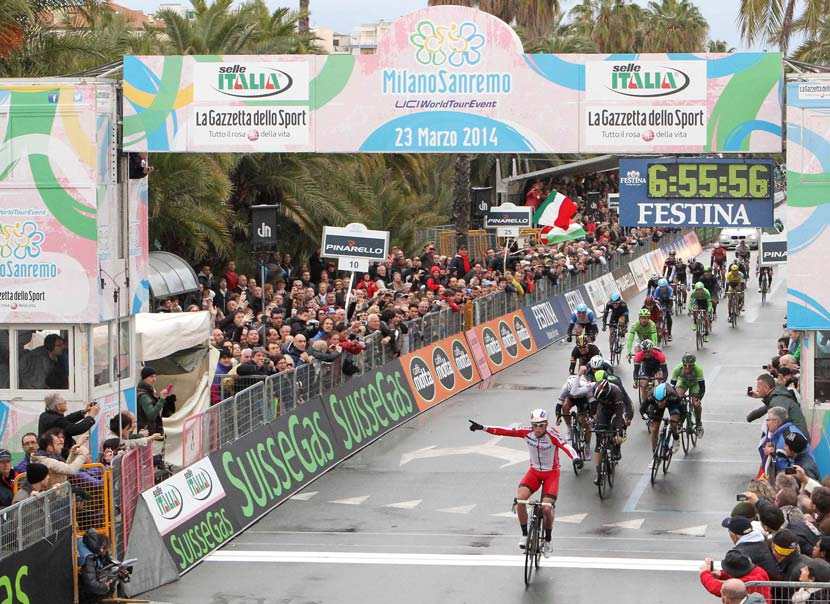 RIDE: You have a special tactic for how to watch Milan-San Remo, is that right?

Matt Keenan: “Watching any bike race from Australia at this time of year is like working nightshifts. You’ve got to go in with a strategy. I was watching for advice on Twitter throughout the day and I saw some people proclaim that they were going to have a nap and then set the alarm for 12.30am and then get up and watch it. I knew that, with a couple of young kids, that just was not feasible.

“I took to a strategy that has served me well in the past. From about 10 o’clock onwards there was a complete social media black out. I went to bed and woke up at about five o’clock having recorded the race and then started watching as if it were live.

“I skimmed through the first 45 kilometres or so of the broadcast and then watched the last 45 as live… without touching my phone, without touching the computer, and I did it all in the solitude of my living room without my kids running around.”

You’ve employed this strategy before – and you know it’s a successful one?

“It is tried and tested. It has been adopted in the past. And, back during the times when I wasn’t actually working at the Tour de France, one of the other strategies that I adopted on some of the flatter, more boring stages, was to lay there with my phone on my chest and have the alarm go off every 15 minutes or so in case I dosed off.”

Do you find that, if you leave the volume on high enough, the excited nature of the commentator can perk you up? Or do you really need the phone alarm?

“If I leave the TV up loud enough for the commentary to keep me entertained, my wife will make sure that I’m awake because she’ll come and abuse me and tell me to turn it down. Sharing the house with other people, I don’t have loud commentary as an option.”

As a commentator yourself, do you have the sound up or do you prefer to watch with the sound turned down?

“I do my own mental commentary but I definitely keep the sound on because I’m assessing my opposition as well.”

If we’ve got a choice as we had last night with SBS or Eurosport, what is your choice: Carlton Kirby and Dan Lloyd or Sean Kelly and Declan Quigley?

“I watched SBS last night. I thought Eurosport would have been taking the same coverage because Carlton Kirby is normally on Eurosport…

“I normally flick between the two because I like hearing the different types of commentary as well and seeing how the two networks cover it.”

Ignoring the race itself for a little bit longer, what was your appraisal of the commentary?

“In those conditions, when it’s raining and it can be hard to identify the riders, it is a real challenge.

“I actually really enjoyed Dan Lloyd’s comments. I think he’s good, he offers some insight and he’s reasonably fresh out of the peloton and knows the riders really well.”

And last night we had a great opportunity to find out how to dress for a bike race. Do you feel that there was quite so much of a need for commentary on dressing and undressing?

“Well, when it’s a seven-hour race, the challenge when there are long periods without much happening is that you’ve got to find something to talk about. If you have a listen to the dull periods during a game of test cricket, there are some pretty ordinary topics that come up.

“And last night the weather was the hero. I thought we’d escaped talk about the weather after last year but it came back with a vengeance…”

If we have to, let’s talk a little bit about the race… did you take home anything from it? Kristoff is far from an unknown, but this is definitely his coming-of-age victory, isn’t it?

“Oh it’s his break out! He’s been threatening for a while. I think he was only 19 when he beat Thor Hushovd to win the Norwegian national title and he was making proclamations that he was going to be the next big star. It’s taken him a little while to shine through.

“He had a nasty crash this year at [the Tour of] Qatar, bounced back and won a stage in the Tour of Oman, and as you say, this is the coming of age race for him. We’ll see him as a contender in the Classics for a few years to come.

“The other thing I took out of it is that we talk about sprinters and whether they can or can’t climb, or how they get nursed through races… but look at how many guys were left in that final kilometre last night and you see a group of 25 or 30. You’ve got Cavendish, Greipel, Degenkolb and Ciolek all in that group – so-called ‘sprinters-who-get-nursed-through’… but they’re tough boys, super tough!

“I was impressed with Ciolek: he won last year and was in the top 10 again.

“And how many times can Fabian be on the podium?”

Okay, enough about the bike race. Just getting back to the coverage: what’s the real take home on how we manage for the next couple of weeks while we wait for the Tour of Flanders? How do you best get your rest when there are races going on in the wee small hours of the morning in Australia?

“The challenge now is to watch the Volta a Catalunya… this is a chance to see Froome and Contador and these guys in action and there is no rest for the wicked at this time of the year. It’s an exciting time in the season because there is still so much hope. Everybody is up and enthusiastic about the Classics. There’s a lot to look forward to at the Giro d’Italia. And the Tour de France is always the showpiece of the season. So I’m expecting the recorder to get a good workout, plus there’s bound to be a few late nights.” 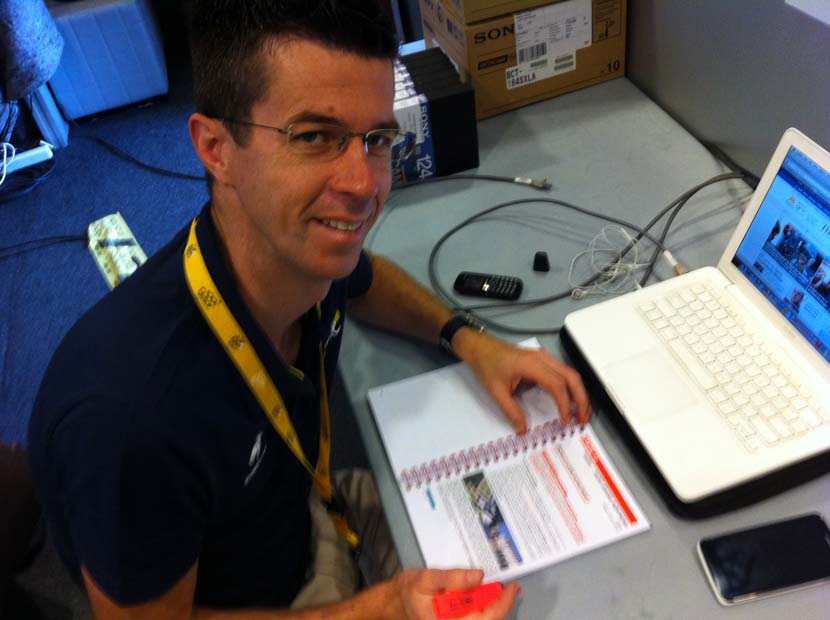 Matt Keenan… bringing cycling into your living rooms for a wide range of races every season.
Photo: Rob Arnold