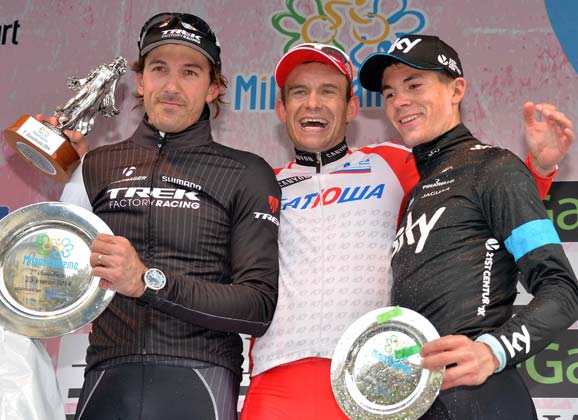 Milan-San Remo… from the lounge

If we’ve said it once, we’ve said it every March for many years: watching Milan-San Remo is fun… but it can also be quite hard work. Of course we understand the race and recognise its significance in the scheme of cycling’s history. There are reasons why people have techniques designed to ensure maximum enjoyment of the broadcast. Matt Keenan has already explained his strategy and, while we wait for confirmation of the viewing figures on SBS and Eurosport, we have a light-hearted look at how Milan-San Remo is seen by others… 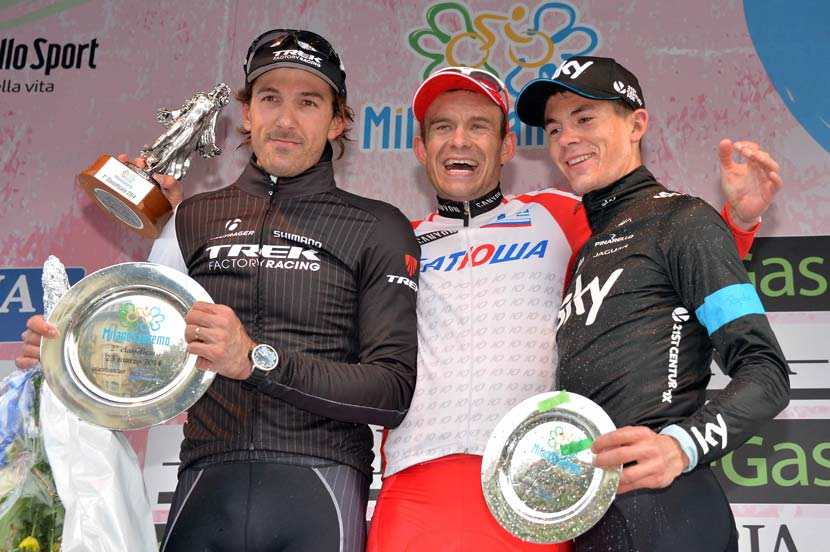 Joy for Kristoff, delirium for others

The 105th edition of Milan-San Remo prompted plenty of emotion as the peloton snaked its way down the Italian coast in treacherous conditions. Rain poured down for most of the 294km journey and while the weather wasn’t as severe as in 2013, it did add to the challenge of this epic race. For Katusha’s Norwegian recruit, it was a coming of age: victory in a Classic – the first of cycling’s ‘Monuments’ for the season – after finishing ahead of some of the sport’s most credentialed sprinters.

Kristoff earned the biggest win of his career, outsprinting 2008 champion Fabian Cancellara who claimed the runner-up title for a third time – following his performances in 2011 and 2012 (as well as a third place in 2013). The Trek Factory Racing rider couldn’t hide his frustrations as he crossed the finish line well behind the 26-year-old winner.

Meanwhile, on the other side of the world, tired television viewers were all too aware that this event is contested in the dying days of daylight saving in Australia. Weary eyes remained open early on a Monday morning while the rain fell and commentators vied for attention in a range of broadcast options. SBS was beaming in the images direct, as was Eurosport, but coverage didn’t even begin until half-past midnight.

By the time images came on television screens in Sydney, a pale ale or two had already been sunk by the publisher of RIDE Cycling Review, Rob Arnold. Rather than succumbing to the temptation of a nap prior to the race, the veteran viewer of 17 broadcasts of the Italian race – all seen from afar – opted to push on through and stay up for the broadcast. Once the kids were put to bed he – like many others – paced himself through a long night in front of the television.

“It wasn’t the easiest one I’ve done,” said Arnold after having had a few hours to reflect on the experience. “Of course, once the peloton gets near the Cipressa, there is a shot of adrenaline and that helps keep the eyes open – but getting that far into the broadcast without dropping off and sneaking in a micro-nap proved most challenging.”

Often the temptation to partake in social media commentary is too difficult to ignore but, frankly, he was too tired to come up with anything interesting to say.

Others weren’t so shy. Todd Norbury, publisher of nonprocycling.com, also admits that Milan-San Remo presents its share of challenges.

“I normally try and have a nap in the afternoon but on the morning of the race, I like to have a fairly hard hit-out on the bike and then try and tire myself out enough to catch some sleep before the broadcast begins.

“I’m not sure why but I couldn’t sleep last night so I’m paying for it now.”

Clearly it had been a difficult race. There were tired legs in the peloton and aching necks elsewhere. “Just keeping my head up proved a challenge around the 60km to go mark,” confessed Arnold. “Honestly, I thought it was all over for me but I got a second wind and, after a cup of peppermint tea, I started to find my enthusiasm again.”

Norbury wouldn’t dare risk lying down for the broadcast, that policy is part of his viewing protocol. “I concentrate on sitting up for the duration,” he told RIDE. “It’s about not lying down; do that at your peril for you might miss the real action.”

We asked ‘Norbs’ what he believed was the hardest part of the race last night… for him – there are enough PR officers in cycling for us all to read the team releases on what the actual riders thought of the contest. And our intrepid cycling fan explained how he coped: “Oh, for me last night was really difficult. I usually have a feed, a cup of tea, and something light with about 50 kilometres to go. But I was in the pantry very early on last night looking for anything that would help me stay awake. I was Twittering like an idiot and generally doing everything I could to keep upright. The trick is to not succumb to the urge to go horizontal.”

Despite the fatigue, Norbury managed to get to the finish and even send a few Tweets out as the riders made their way towards San Remo. So, we wanted to know, does delirium help you on Twitter or make it worse? “It probably doesn’t help,” he said. “I had a lot of trouble actually recalling exactly what was going on in the race because some of what I was following was just jibber-jabber on Twitter and it’s now floating around my memory as though it didn’t really happen. I’m not sure what was said, it was such a late night and I was sleep-deprived. That’s when I find it hard to pull it all together.”

Like many others, Arnold and Norbury were two of the hardy souls who saw the day out, staying up until a bit past 3.00am when Kristoff threws his victory salute, Cancellara thrust a fist in frustration, and Ben Swift popped ahead of ‘Cav’ to round out the podium. Often the images are replayed in the mind before finally slumber catches up. Is that how it was for Norbury after the 105th edition of ‘La Primavera’? “Nah, not really. Most nights it takes me a little while to fall asleep – I’m a bit of an insomniac, but I think I was asleep in less than four minutes last night. There was no dreaming of cycling. But what I do remember is that, when my alarm went off this morning, I was cursing cycling.” 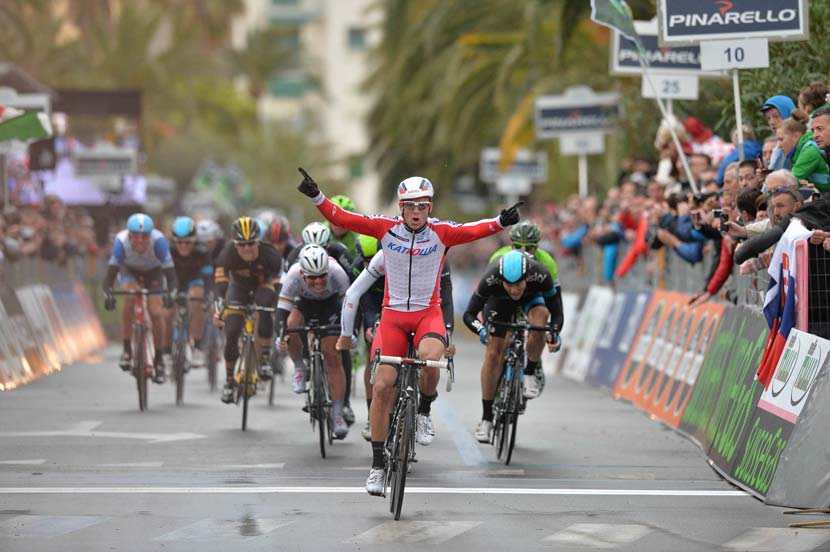 And you? What’s your strategy for late nights of cycling broadcasts? Please share your thoughts and advice, write to RIDE or let us know how you saw it on our Facebook page. Remember, there’s a Garmin Edge 510 cycle computer for the ‘Letter of the Season’ of our Readers’ Review page. 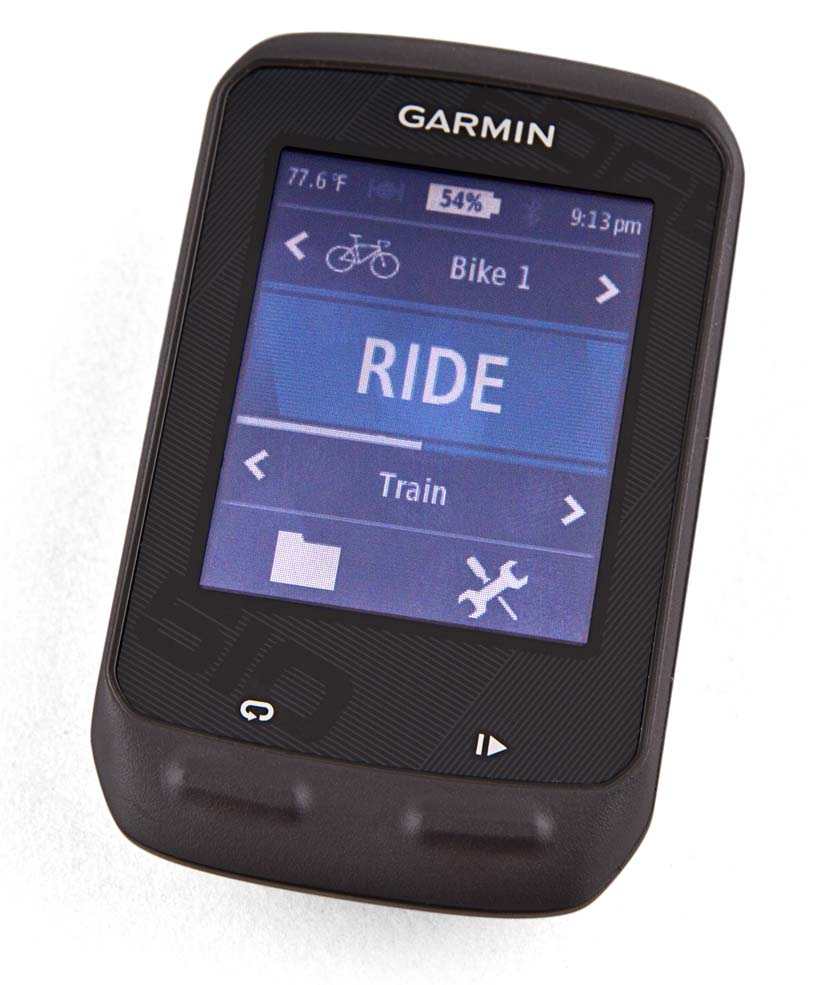