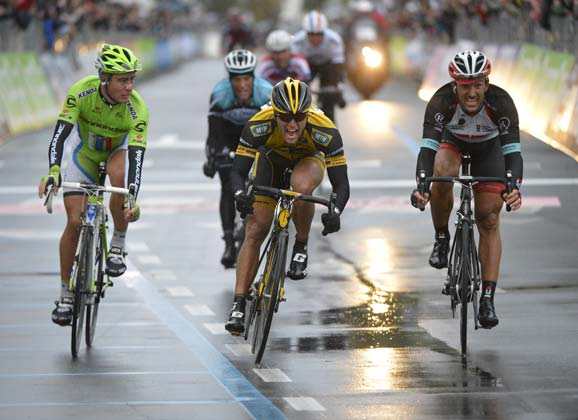 Milan-San Remo. The first of cycling’s Monuments for the season. It’s coming soon. Until last year, this Italian race was contested on a Saturday allowing Australian viewers the opportunity to recover from a late night of TV viewing before returning to work on a Monday morning. The 105th edition, however, will be contested on Sunday 23 March. There were plans to add a climb to the conclusion of this one-day Classic for 2014 but that wasn’t possible and thus the route returns to the format used in 2007 when Oscar Freire won the second of his three titles. 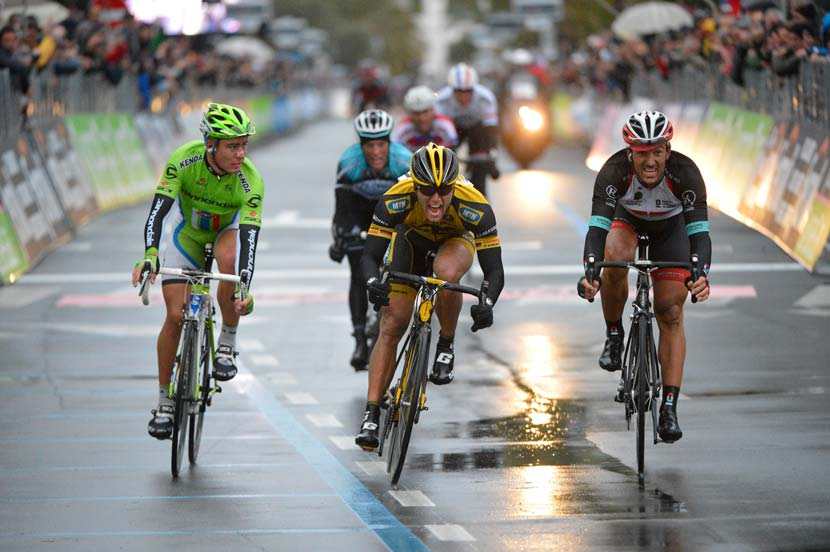 In Australia the race will be broadcast live on SBS and Eurosport.

This race has been won by Australians twice: Matt Goss in 2011 and Simon Gerrans in 2012.

Last year’s Milan-San Remo was severely affected by weather. Snow forced organisers to stop the peloton before the Passo del Turchino and transport the riders to the site of what effectively became a second start to an interrupted race. Baden Cooke explained that frozen day in an interview with RIDE the week afterwards. “I’d fallen off my bike into the bus and was freezing my tits off,” said Cooke. “The soigneurs had to undress me and as they started taking the gloves off and my hands felt the air they just went into sheer agony. I was almost in tears! Then, two hours later, I’m all fired up going, ‘Come on boys! Let’s go and get into it!’ And I just threw myself straight back into it again. It makes you wonder about your sanity.”

The organisers, RCS Sport, have released the provisional start list (below). There will be six former winners of Milan-San Remo in the line-up – Gerald Ciolek, , Fabian Cancellara, Alessandro Petacchi, Mark Cavendish and Filippo Pozzato… but no Matt Goss. The Tasmanian is absent from the starting line-up but Michael Matthews takes up the role of sprinter at the Orica-GreenEdge team that has a two-pronged approach to the race. “Our objective is to put someone on the podium,” said DS, Matt White about the team’s original plans. “We’re bringing a team that is going to be very competitive. Simon [Gerrans] is moving along well, and we’ll be leaving him for the Poggio in case there are moves similar to when he won two years ago. The rest of the guys will be supporting Michael Matthews throughout the day.”

*Simon Gerrans was replaced by Brett Lancaster because of an illness a day before the race. Simon Clarke will now take extra responsibilities on Sunday. 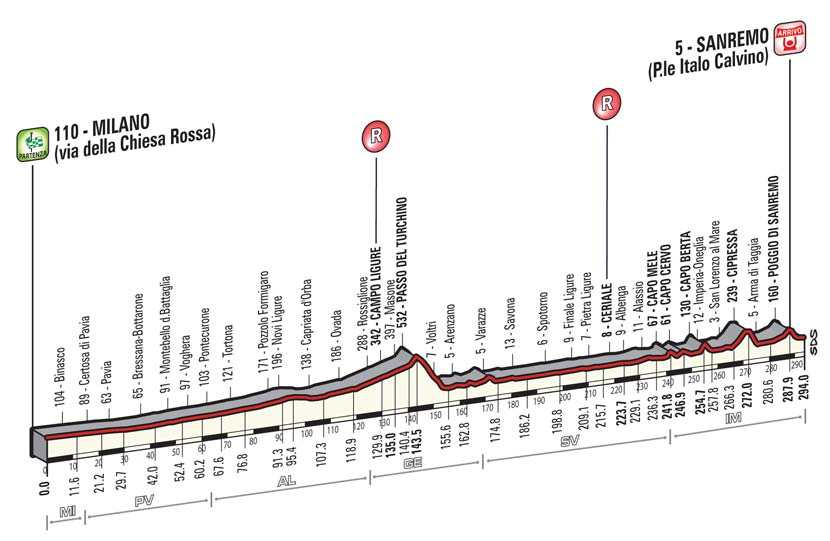 *Simon Gerrans was replaced by Brett Lancaster because of an illness a day before the race.