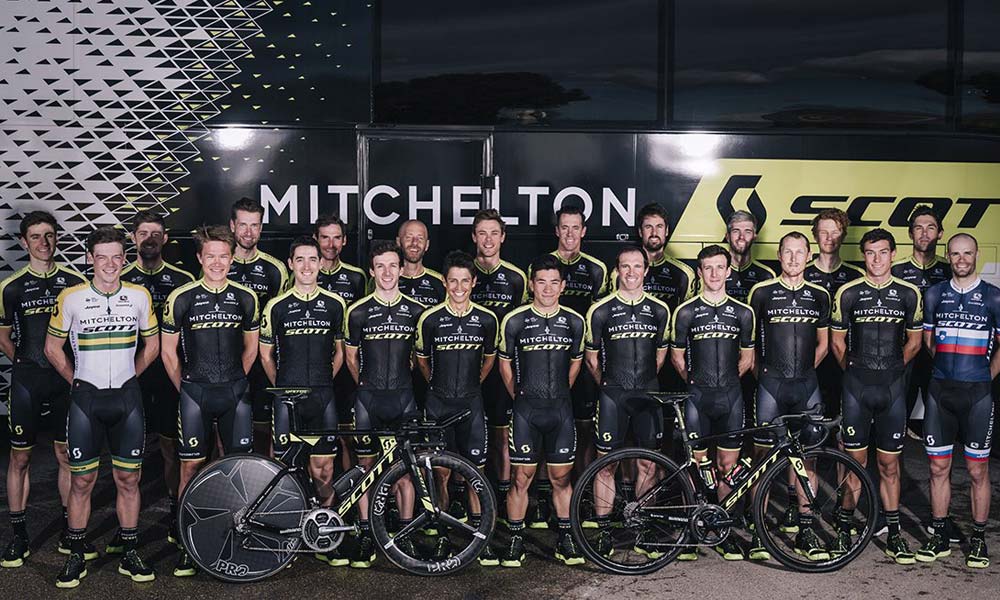 Stage wins for both Simon and Adam Yates in Paris-Nice and Tirreno-Adriatico, respectively, their Australian-registered WorldTour team, Mitchelton-Scott, is now at the top of the UCI rankings…

It’s not quite like tennis but the world rankings system still means something in cycling. With two more WorldTour races having concluded on Sunday and Monday in Italy and France, respectively, there’s been a bit of a reshuffle at the top order of the UCI’s showcase series.

While the winner of the opening round of the 2018 WorldTour, Daryl Impey, has led the classification since January, we now also see his team, Mitchelton-Scott, at the top of the men’s list (with the women’s team in 5th place).

Unlike the world rankings, the WorldTour arrangement not a rolling calendar; instead, it begins in January at the Santos Tour Down Under – won by Impey – and ends in October at the Gree Tour of Guangxi.

For the individual rankings (in the WorldTour) we see Impey still on top, with Anna van der Breggen leading the women’s league.

Meanwhile, the world rankings are led by Chris Froome, ahead of Greg Van Avermaet, Alejandro Valverde and Peter Sagan… while the rolling rankings for women has van der Breggen at the top followed by two compatriots: Annemiek van Vleuten and Ellen van Dijk.

After seven races in the 2018 men’s WorldTour (and two for the women) the rankings look like this (above).

With another round of the WorldTour coming up this weekend – for both men and women – we can expect to see a reshuffle of the top order of both team and individual rankings.

There is one more stage of Tirreno-Adriatico yet to be contested and former leader, BMC Racing’s Damiano Caruso, is just three seconds shy of the overall lead currently held by Michal Kwiatkowski of Team Sky. The TT on the final day will decide the champion of the first Italian stage race on the 2018 WorldTour calendar. 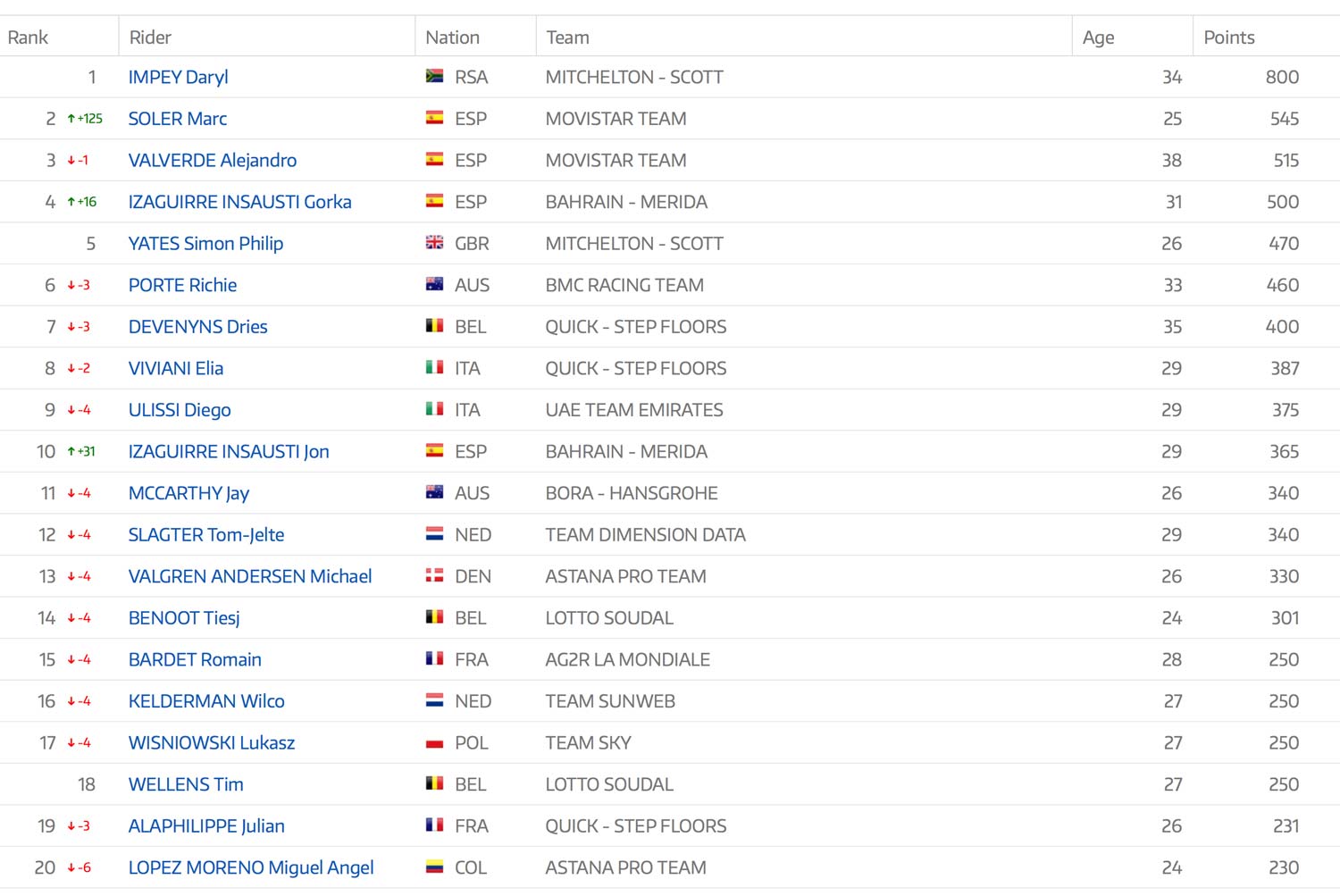 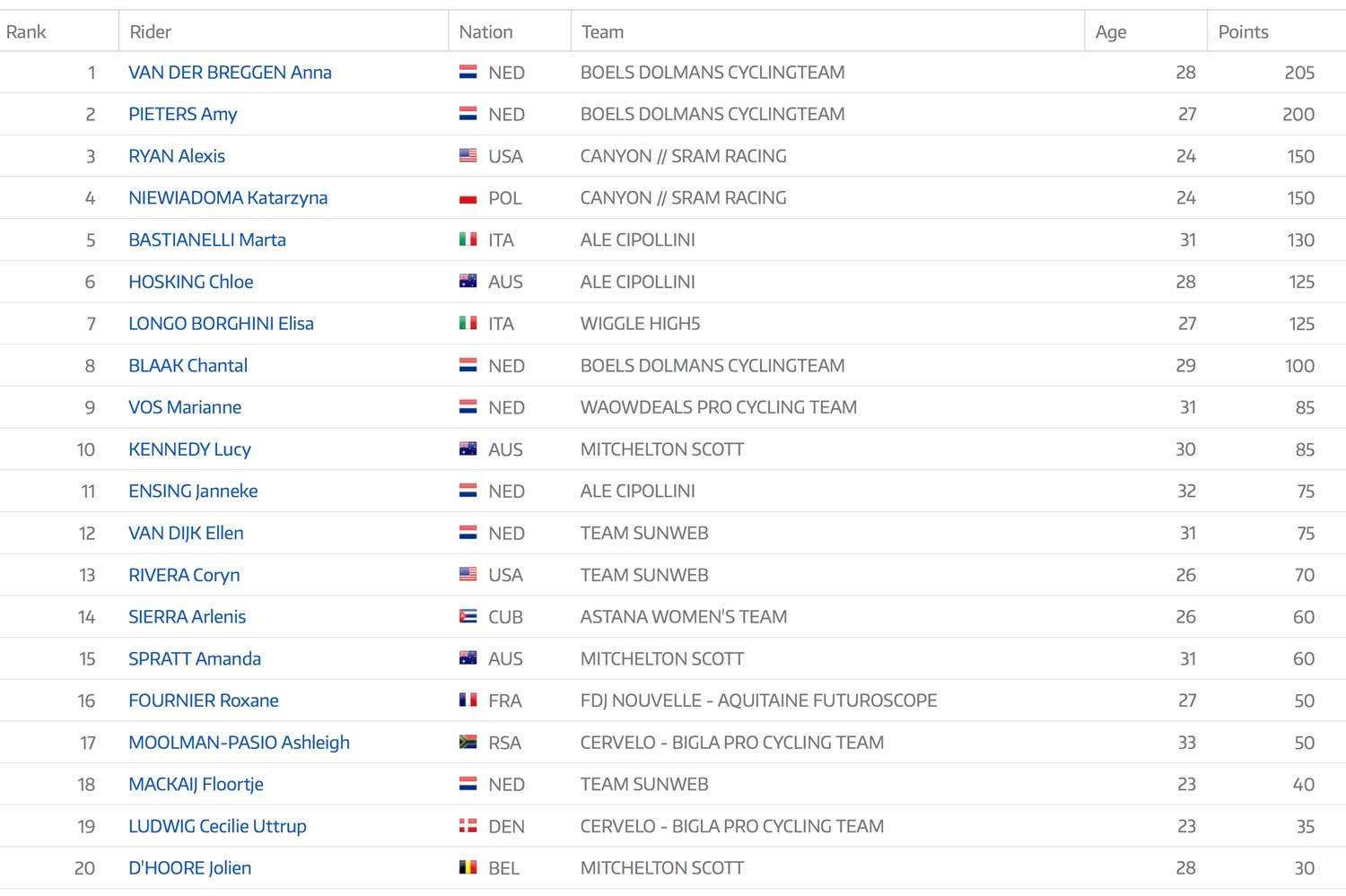