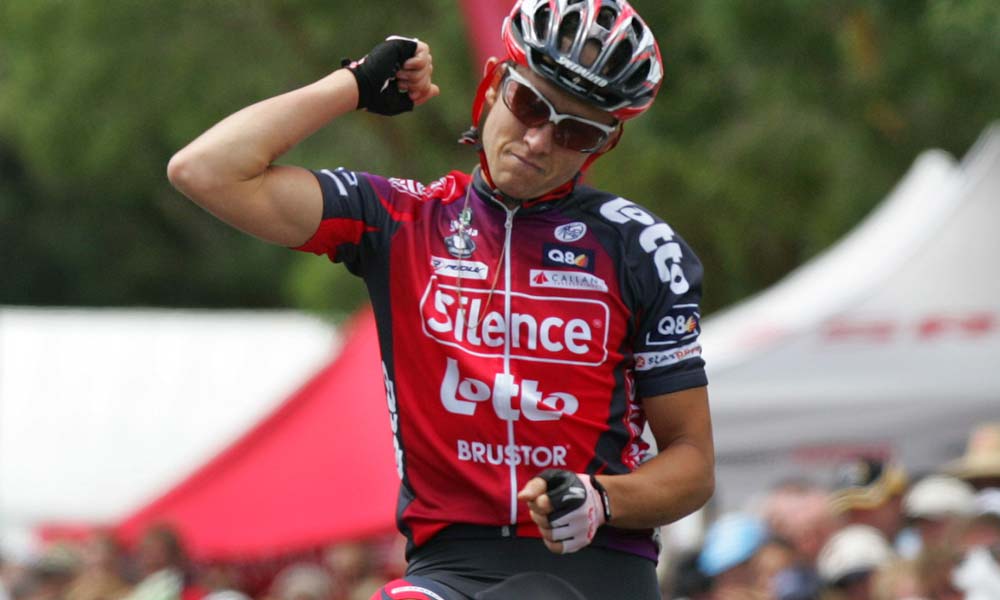 The national championships are on this week and we take a moment to remember the event from ‘Super Sunday’ 10 years ago – the day Matt Lloyd won the green and gold jersey in Buninyong.

It doesn’t seem so long ago but a quick glance at the photos from the national championships of 2008 and it reminds us: a lot can happen in 10 years. The circuit for the road races of the Australian titles in Buninyong has been altered slightly for 2018 but it will still be a battle of attrition on the weekend.

Without the Bay Series criteriums – which have been “postponed” for the season – the nationals in New Zealand and Australia will be the first major road cycling contests of the year.

Once again, there will be live coverage on TV and in 2018 there’s a significant innovation: two hours of the women’s road race will also be broadcast live. It’s all available on SBS Viceland (ie. free-to-air) as well as Fox Sports. Tune in from 10.00am on what’s been dubbed “Super Sunday” and you can cheer on some of Australia’s best cyclists from the comfort of your lounge.

Ten years ago, this was little more than a fantasy. To see the nationals, you’d go to Ballarat (or, more specifically, nearby Buninyong).

It was something I did many years in succession (except for the two times when the plane took me to Adelaide instead and Robbie McEwen and Will Walker won green and gold jerseys on That Sunday in January).

Buninyong has been the site of many a conquest over the years and, as we approach the 2018 championships, we’ll delve into our archives and remind ourselves of some of the titles that have been decided near Ballarat in recent times.

Personally, I was only at the circuit for racing on the Sunday in 2008; back then it was the elite women’s race on Saturday, men on Sunday.

This year it’s women in the morning, men in the afternoon (with criteriums on today, Wednesday 3 January; and time trials on Thursday and Friday 4 and 5 January).

There’s live streaming of these events, check out SBS.com.au/cyclingcentral for more. 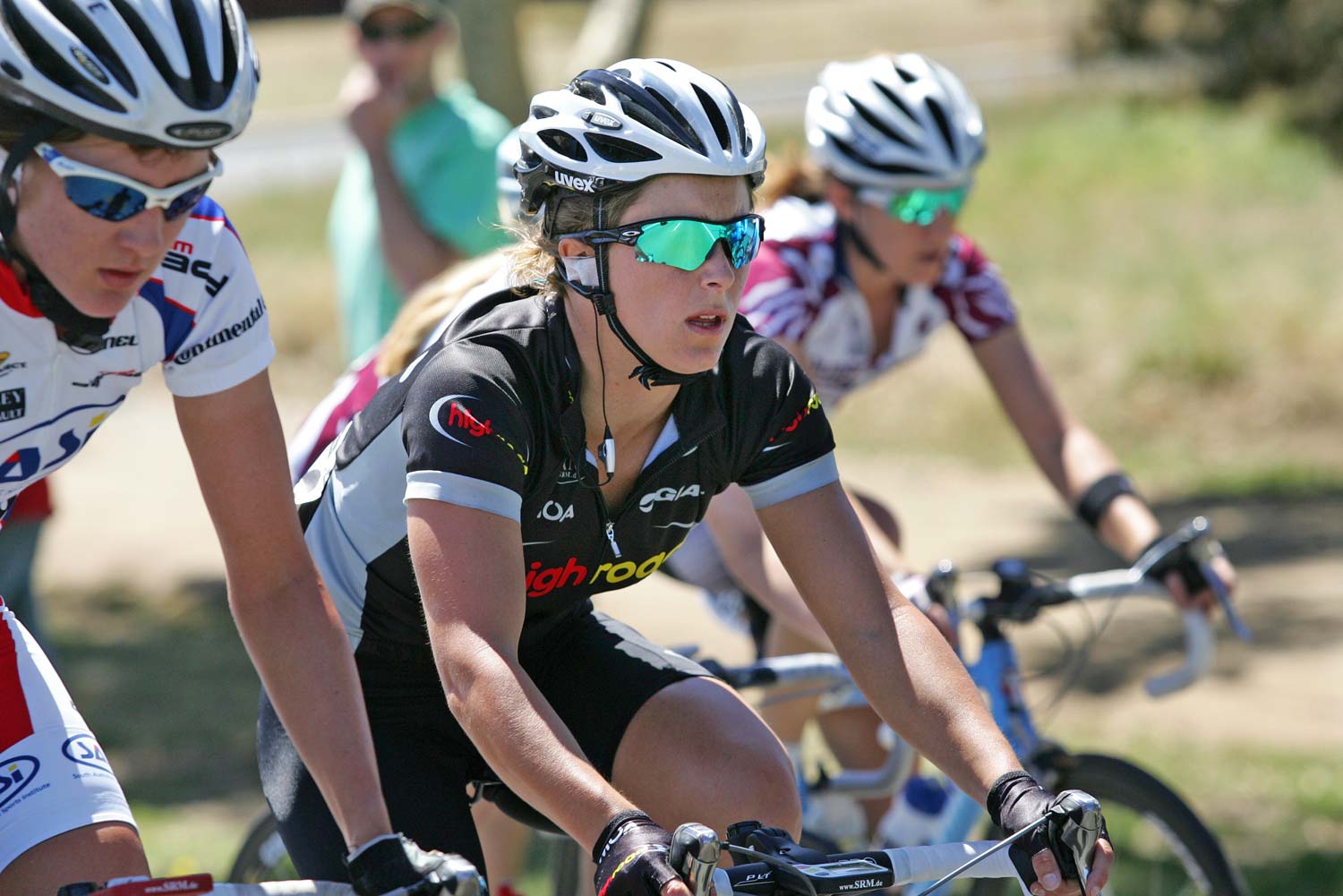 In 2018, the nationals program also includes a range of para-cycling events as well as races for the juniors – ie. under-19. But 10 years ago it was a more abbreviated program. Below is a list of the top five for the six showcase events: time trials and road races – elite women, under-23 men, and elite men. 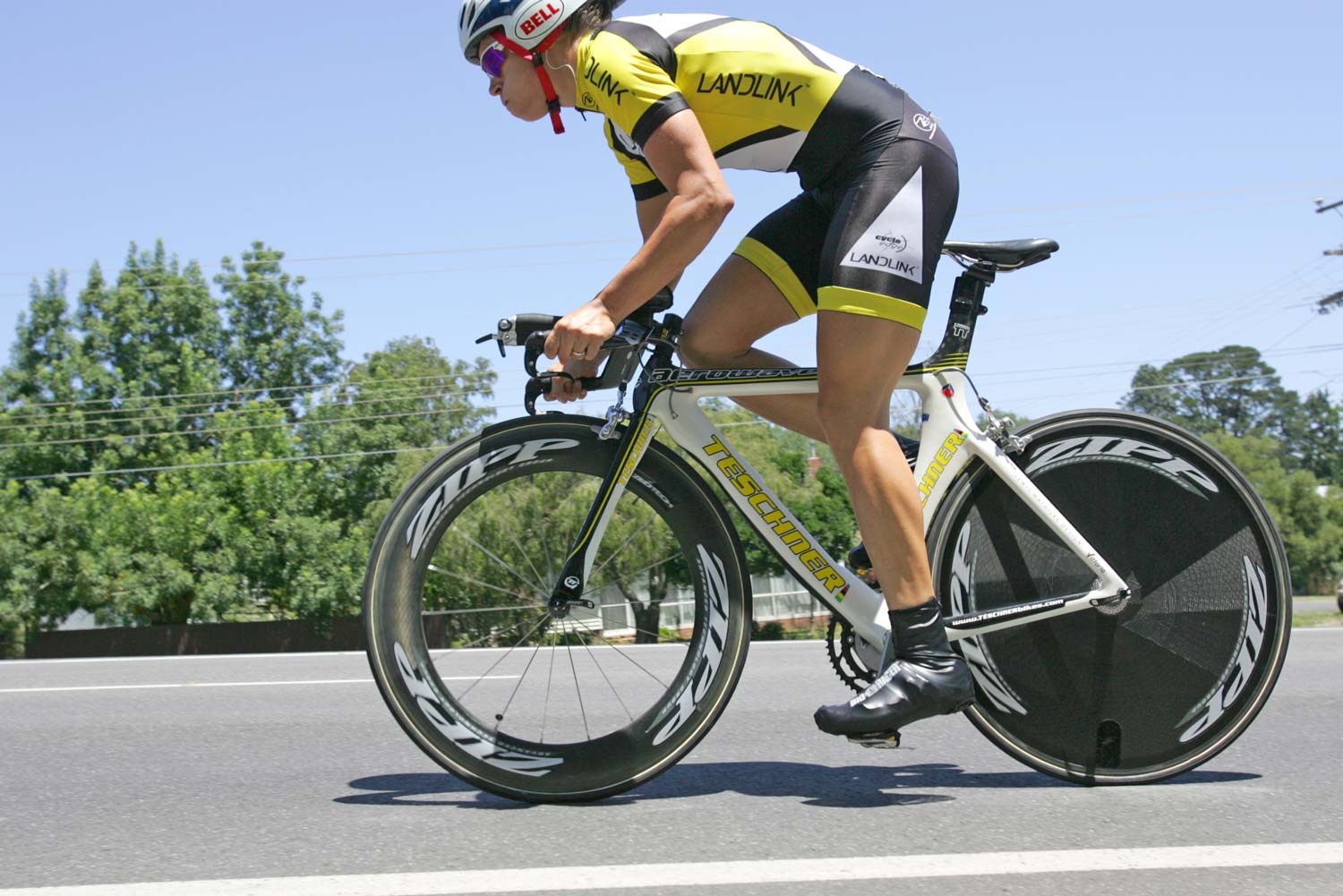 Ten years on some of these riders are still active. Key amongst this list are the likes of Richie Porte (fifth and fourth in the TT and road races of 2008) and Adam Hansen (gold and silver in 2008). These two riders have established themselves as leaders in this current generation of cyclists. But there are plenty of others in the top section of the nationals results from 10 years ago who remain active in cycling (or other sports) in 2018.

Bridie O’Donnell has been an hour record holder and is now a regular commentator for cycling (and other health matters).

Rory Sutherland has switched teams for the season and is now riding in the service of Irish GC hopeful Dan Martin at UAE Team Emirates. 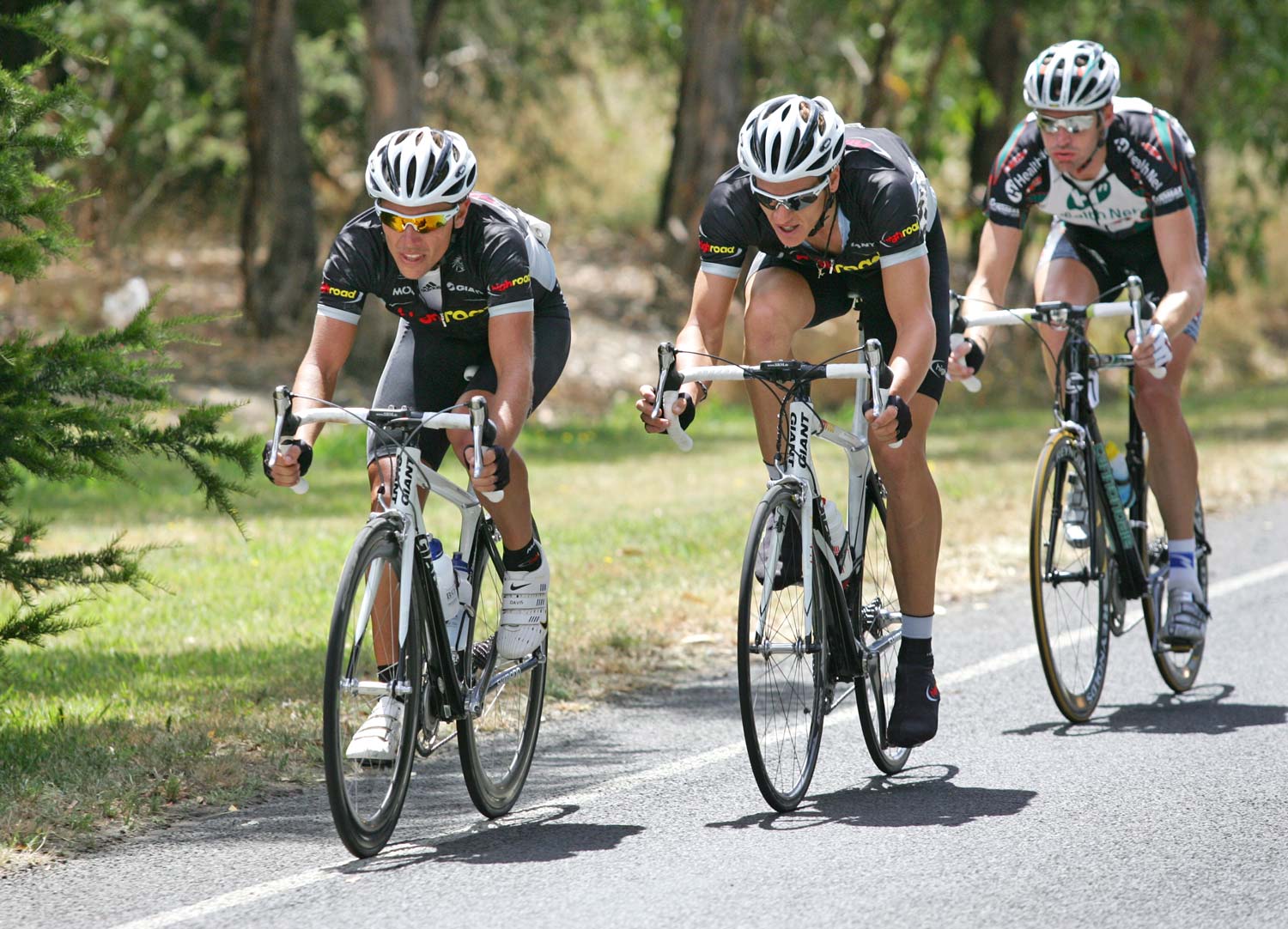 Scott Davis leads Adam Hansen and Rory Sutherland in pursuit of Matt Lloyd in the men’s road race (above).

On ‘Super Sunday’ of the 2008 nationals, there was just one event: the elite men’s road race. It would be when Hansen was well supported by Highroad team-mates, good friends Michael Rogers and Scott Davis. Their black jersey with the title of the team’s holding company made its debut after the demise of the team that had been known as T-Mobile. By the middle of the year, Highroad would become Colombia-Highroad and it marked a brief but impressive era of successful campaigns around the world for the squad managed by Bob Stapleton.

On a Giant bike that looks almost primitive compared to the current offerings (see below), Hansen put almost a minute into the next best rider in the mid-week TT (while wearing a blue jersey as the Highroad kit by MOA had not yet been delivered).

Rory Sutherland was back in action with a US-registered team at the beginning of ‘phase two’ of his career after a suspension following a positive test for clomiphene.

The top two from the men’s TT would be shunted down the podium in the road race; ahead of Hansen and Sutherland was a whippet-thin son of a sailor who dashed ahead in the closing circuits, up and over Mount Buninyong and rode away to a fine solo victory. 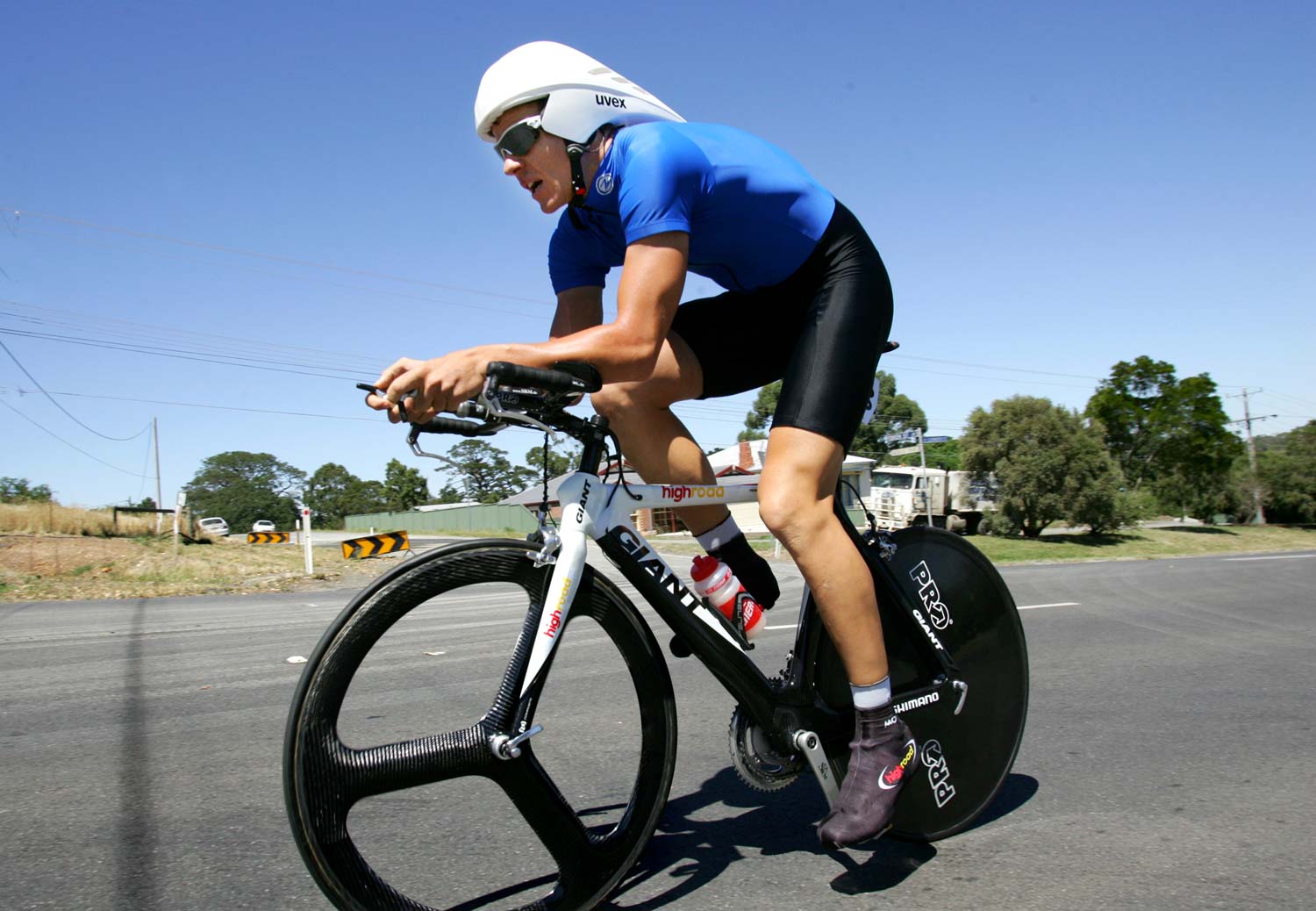 Matty Lloyd… if ever there was an enigma in Australian cycling, this was the man.

Lloyd has a curious mind and unique perspective of the world. He remains involved in cycling but is now coaching rather than racing. He would achieve greatness on the bike, win a stage of the Giro d’Italia and the King of the Mountains jersey after his year in the green and gold jersey. He would race the Tour de France (a couple of times) and continue to demonstrate that he was a climber to be reckoned with.

His racing days, alas, ended with a fizzle. At the start of 2008, however, Lloyd was the rider who forced his team-mate at the time, Cadel Evans, to pay attention to the nationals.

The runner-up in the Tour de France from the previous year had opted to skip the Australian championships in preference of honing his form for July (when he would again finish second in the Tour). But once Lloyd began his attack one thing I remember about the day was the constant barrage of text messages and phone calls that flowed until the result was known.

A. “Still up the road. Still well clear of his rivals.”

A. “Same answer as before…”

And so it went via SMS for some time. Lloyd attacked with a couple of laps to go and never looked back. At 59kg and with plenty of power, he was able to hold off the chase by the likes of Rogers, Davis and Hansen.

Sutherland would also be good that year. He began the season well, two medals from two races… but he wouldn’t see Lloyd again until the podium. 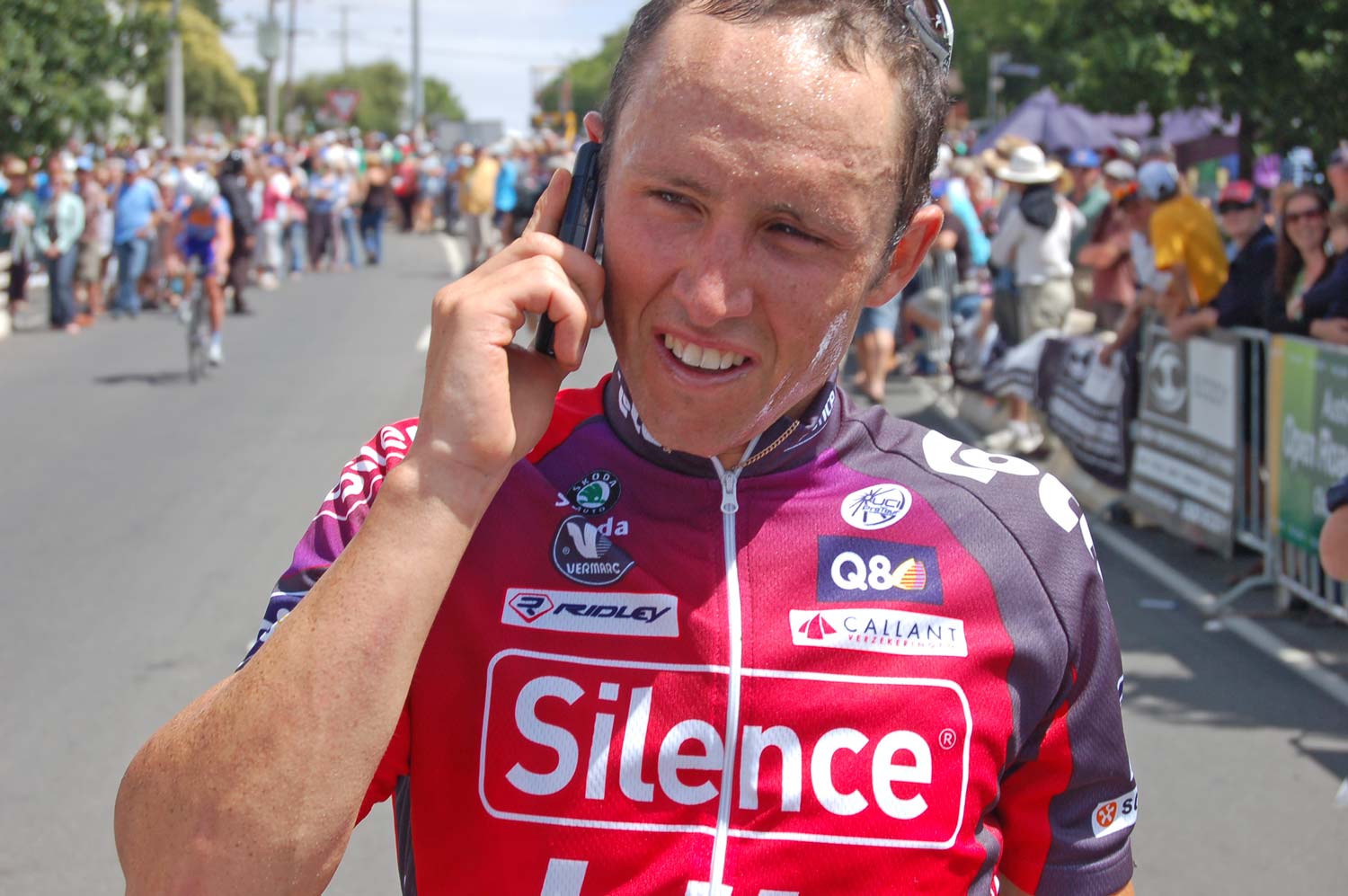 Matt Lloyd on the phone to Cadel Evans moments after winning the national championship road race in 2008.

Ten years ago, before he joined Twitter and before he’d won the Tour de France, Cadel and I spoke regularly. We spent a few days together between Christmas and New Years riding around near his base in Barwon Heads. He was fond of Lloyd and helped get the Victorian a contract with the Silence-Lotto team.

At the time, Evans referred to Lloyd as “my little brother”. And the prospect of the victory for the younger “sibling” prompted Cadel to ignore the training duties that he set himself for 12 January 2008 and, instead, tune in regularly via my phone to find out how the race was progressing.

Moments after Lloyd crossed the line, the phone rang (again) and Cadel asked: “Can you please put him on?”

The two Silence-Lotto riders had quite an exchange in that interlude between victory and champagne spraying; Lloyd listening, Evans talking…

The streets of Buninyong were swamped by spectators that day. The cool morning had turned into a scorching afternoon and sunburn was the only serious threat to spoiling the mood that bike racing had created.

By the time Lloyd, Hansen and Sutherland sprayed each other and toasted their medals, the crowd was satisfied. “Super Sunday” indeed! It’s a day that sticks in my mind as a reminder of what bike racing can be. 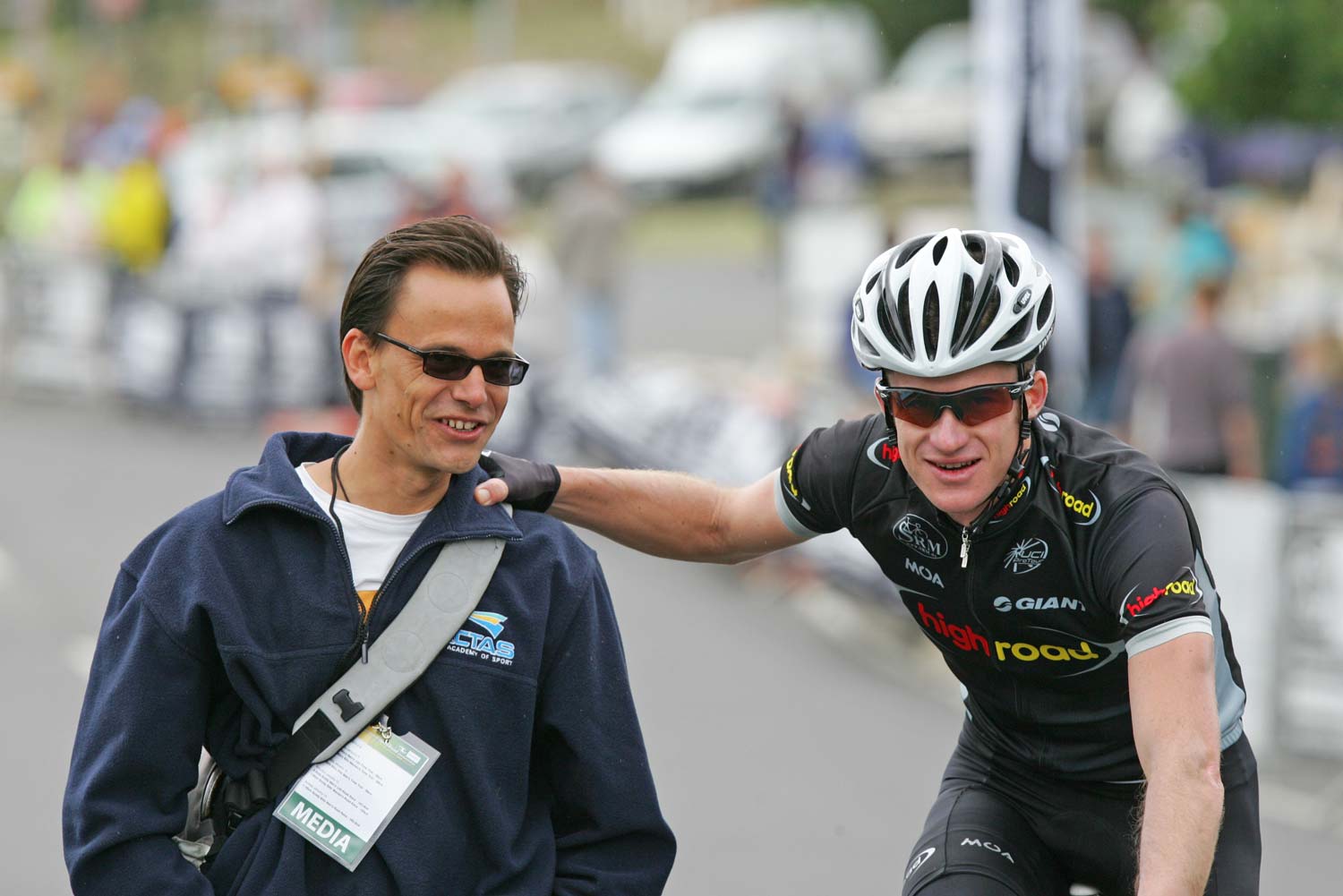 Rob Arnold and Mick Rogers before the start of the men’s road race at the nationals in 2008. 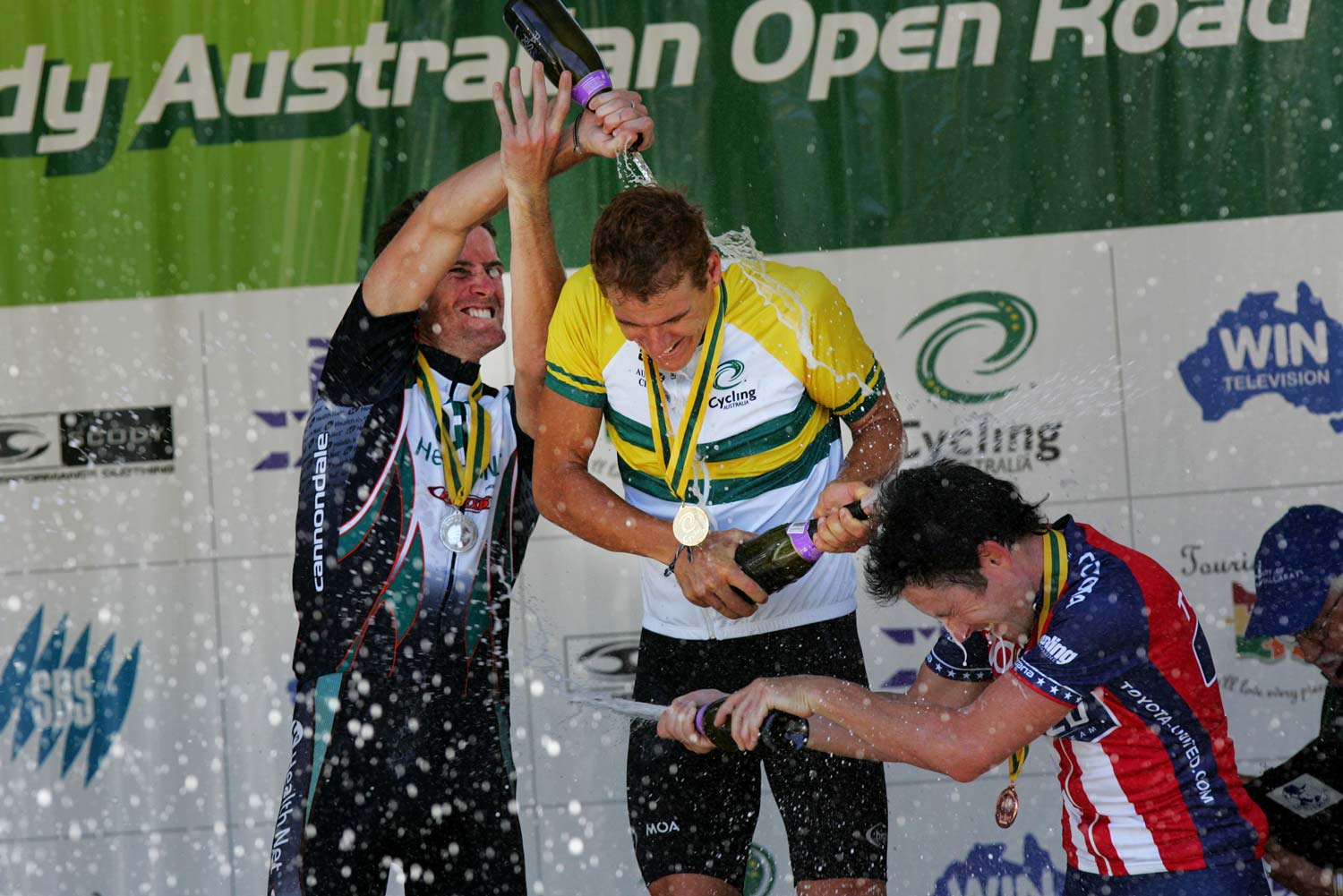 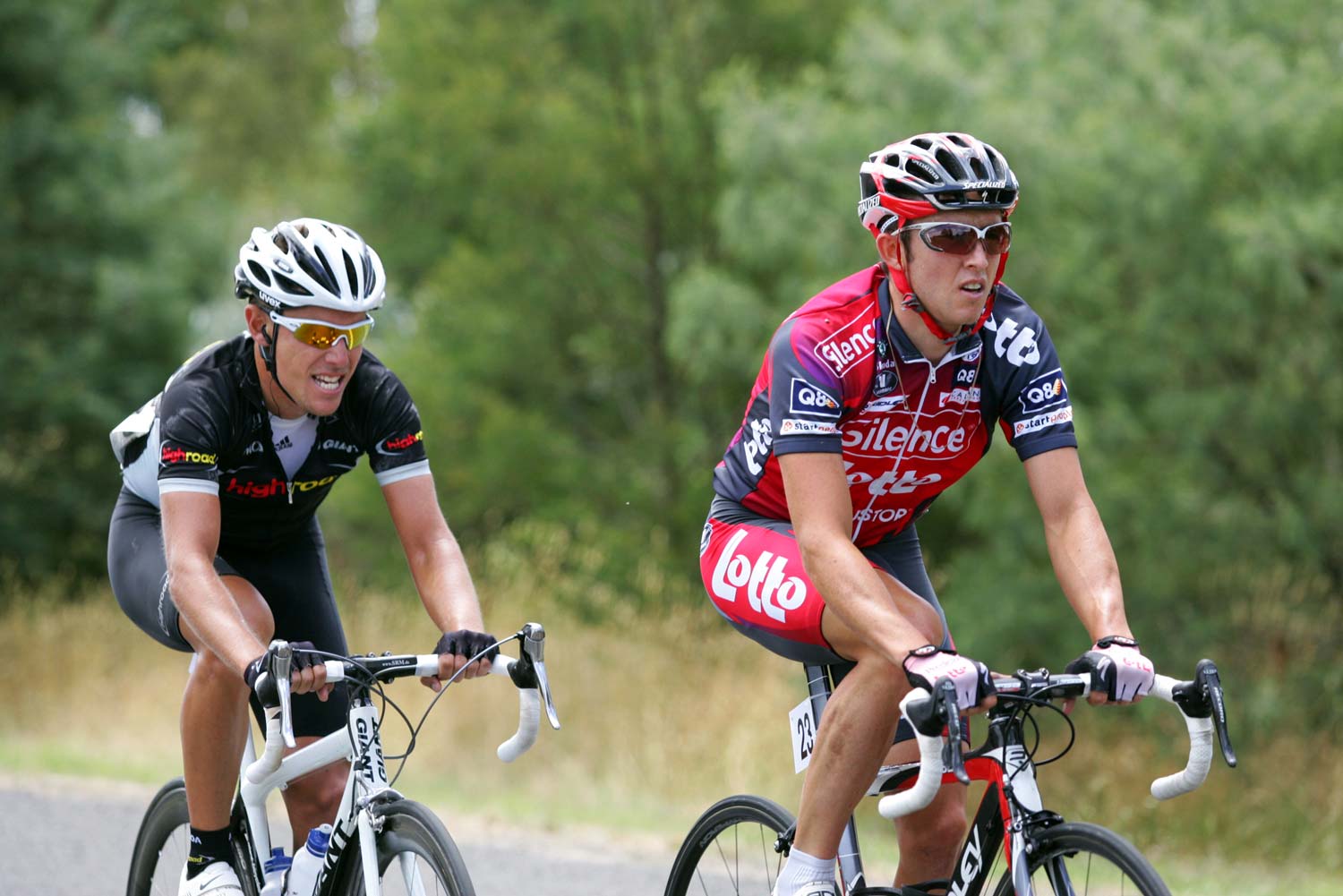 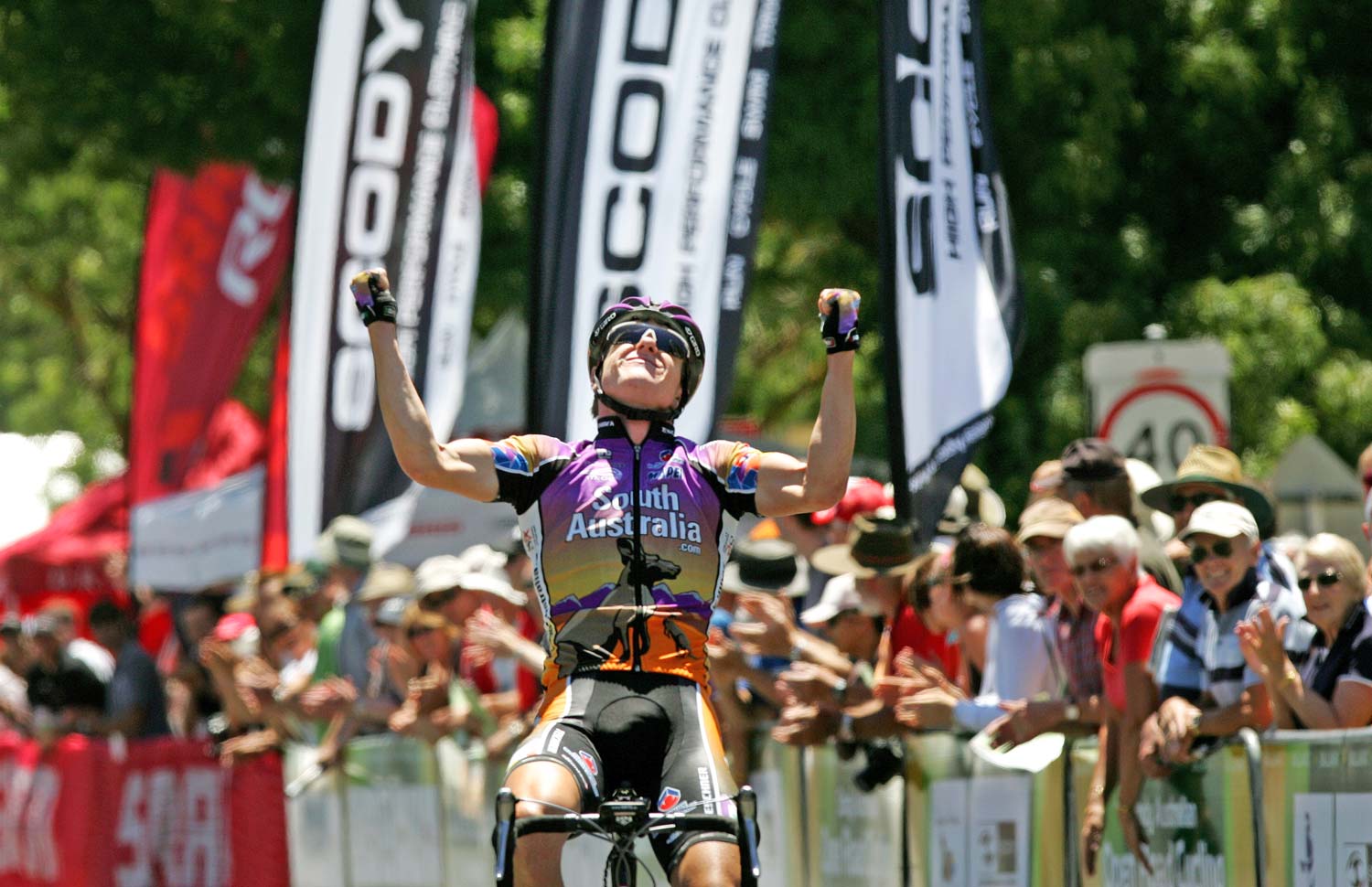 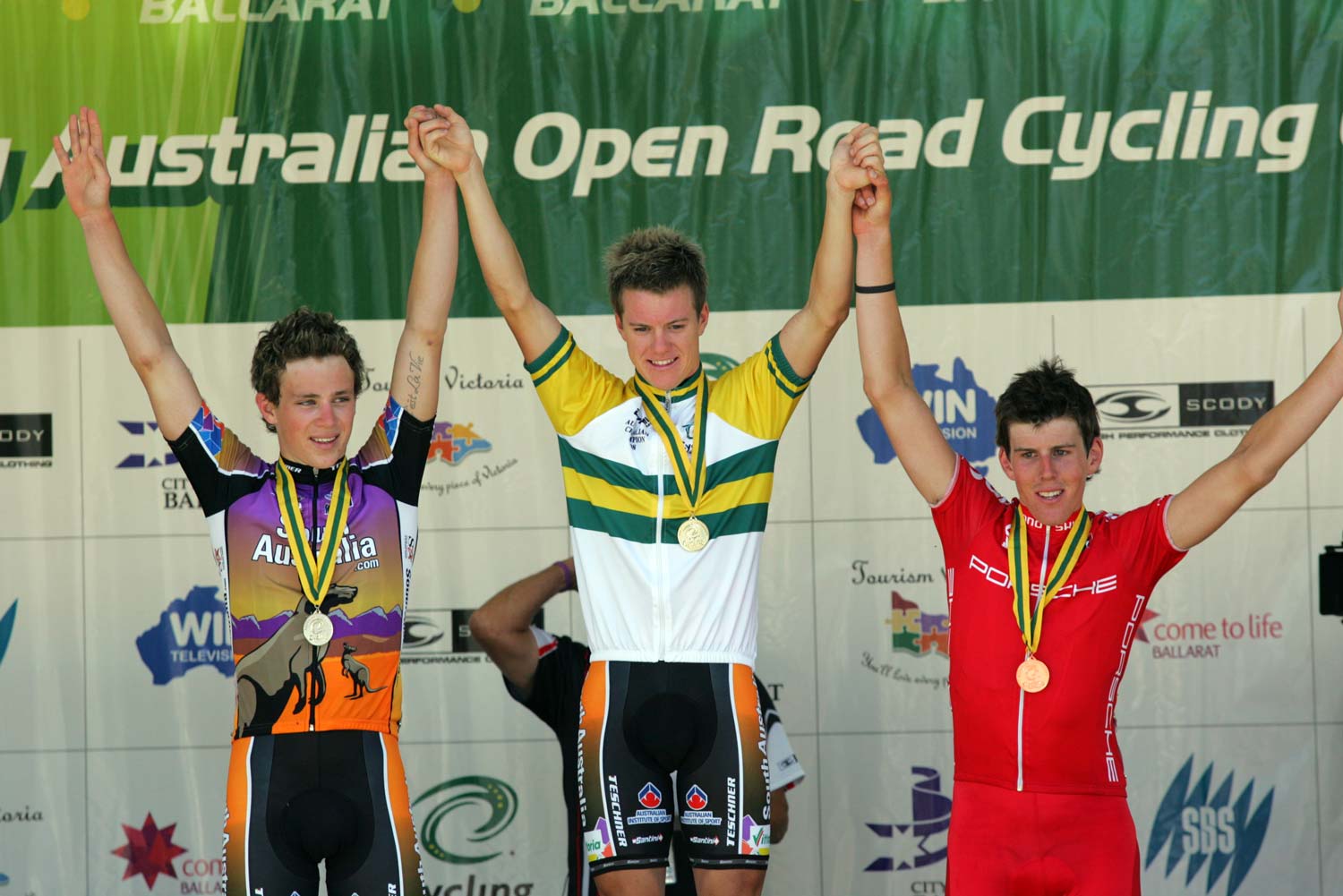 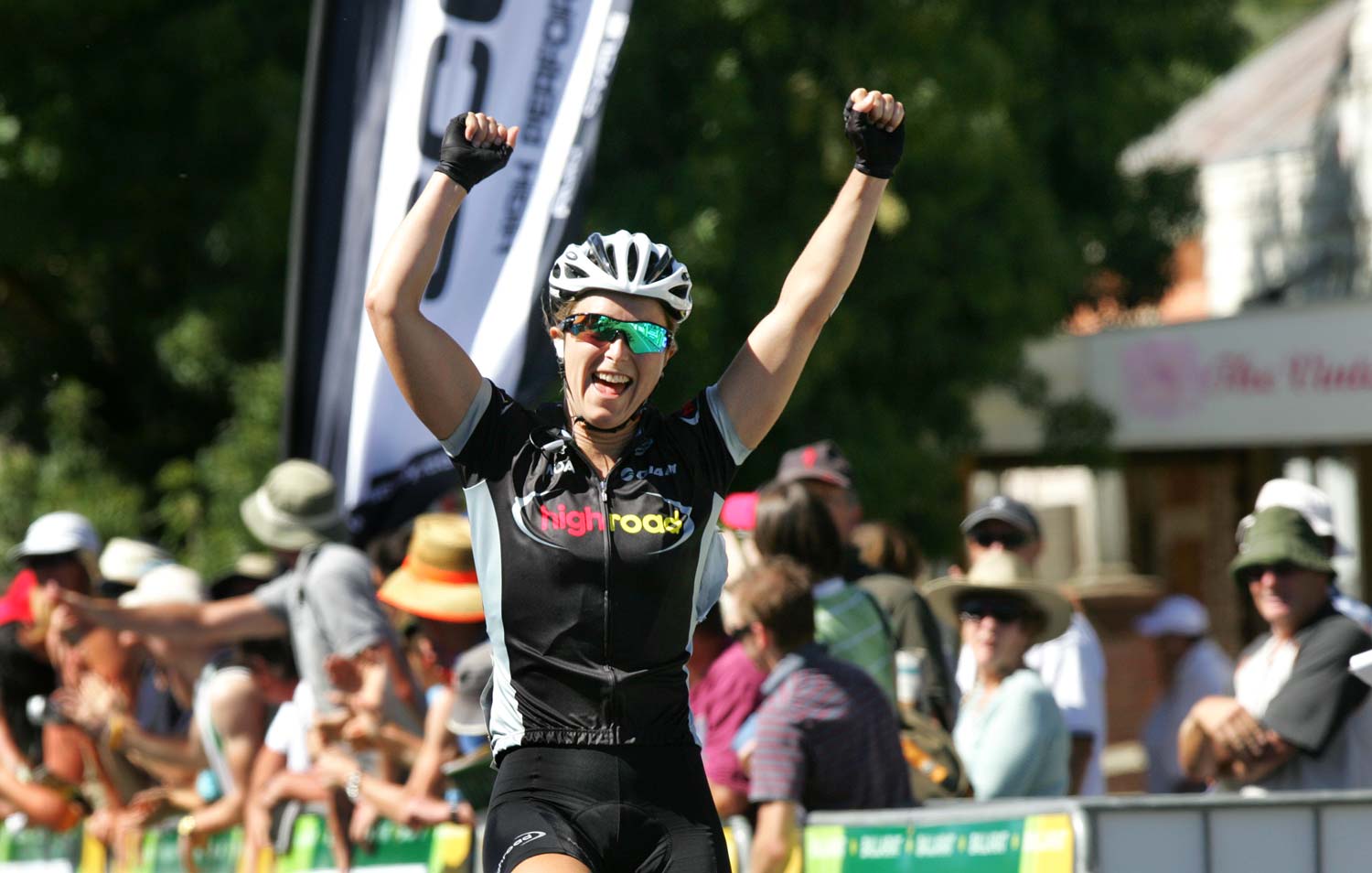