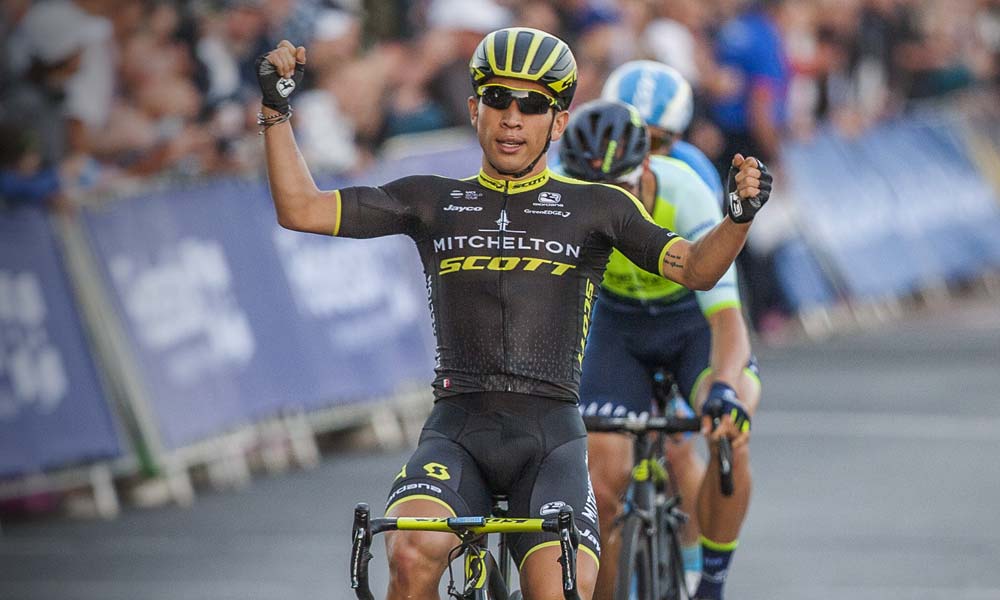 Three times in a row…! The wins just keep on coming for Caleb Ewan, the master of criterium racing at the nationals.

This is part two of our nationals gallery by Jean-Pierre Ronco, presented by Cervélo Australia.

The ‘Summer of Cycling’ is underway. This week, national championships; next week, Santos Tour Down Under. And one scene we are likely to see repeated often in January is that of Caleb Ewan throwing a victory salute. He did it again yesterday, for the third time in a row he won the national criterium title. And, once again, Brenton Jones was alongside him on the podium, this time in third place.

The runner-up, Steele von Hoff, won the title two times in a row – 2014 and 2015 – and this year he’s back racing with an Australian team. Bennelong-SwissWellness  is the new name of the team that is managed by Andrew Christie-Johnson and Steve Price. It is also the team that’s supported by Cervélo bikes (sponsor of the nationals galleries on RIDE Media).

– Find out more about the Cervélo range by visiting the race village of the Tour Down Under next week, test ride a bike, and get a chance to win a fantastic Cervélo S3 disc bike! –

Below are a series of photos from the elite men’s race in Ballarat yesterday evening. It was a triumphant return to racing for Caleb Ewan and a fast display from a range of teams and are regulars on the domestic and international racing scene.

The photos are by Victorian local, the passionate cycling follower, Jean-Pierre Ronco. 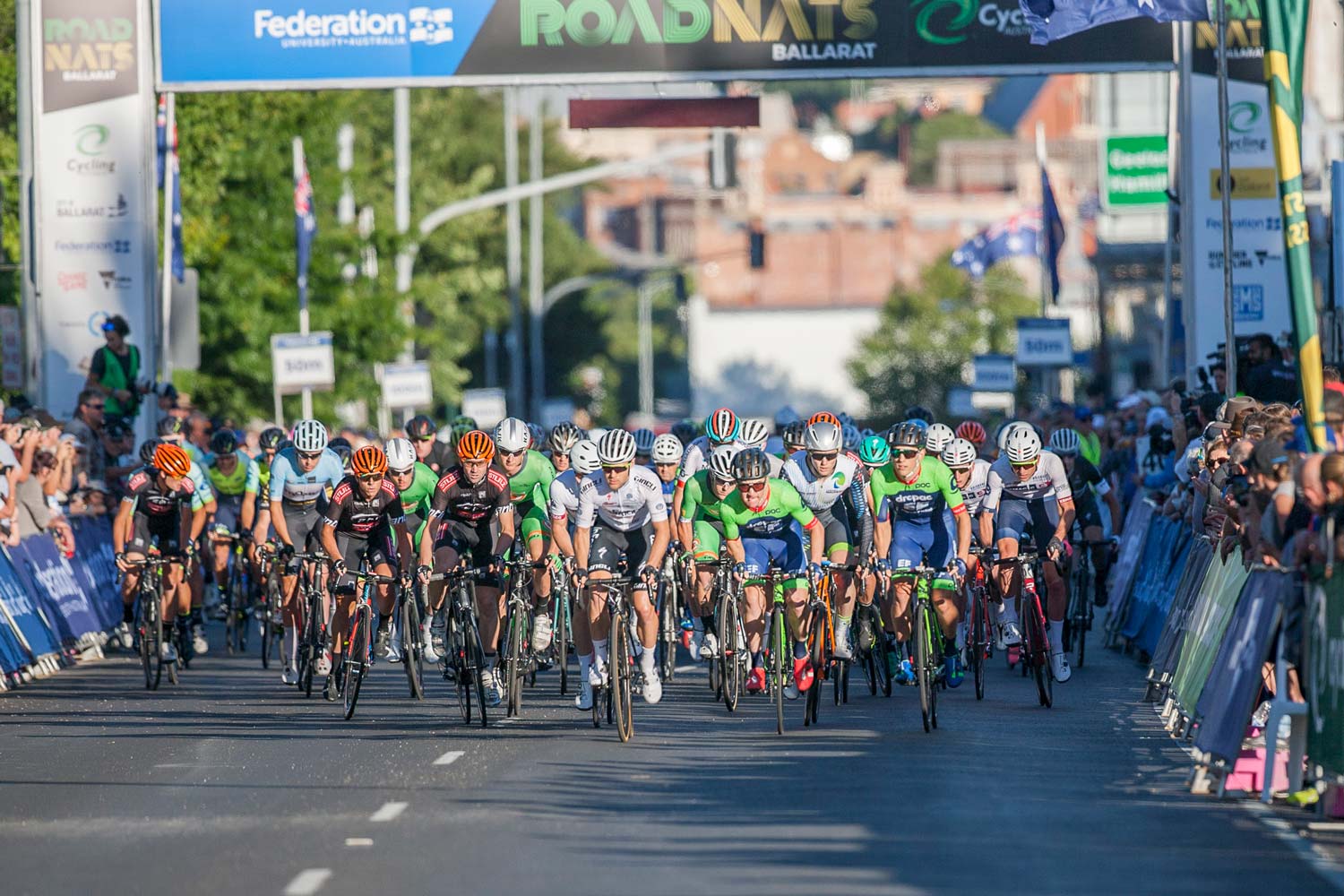 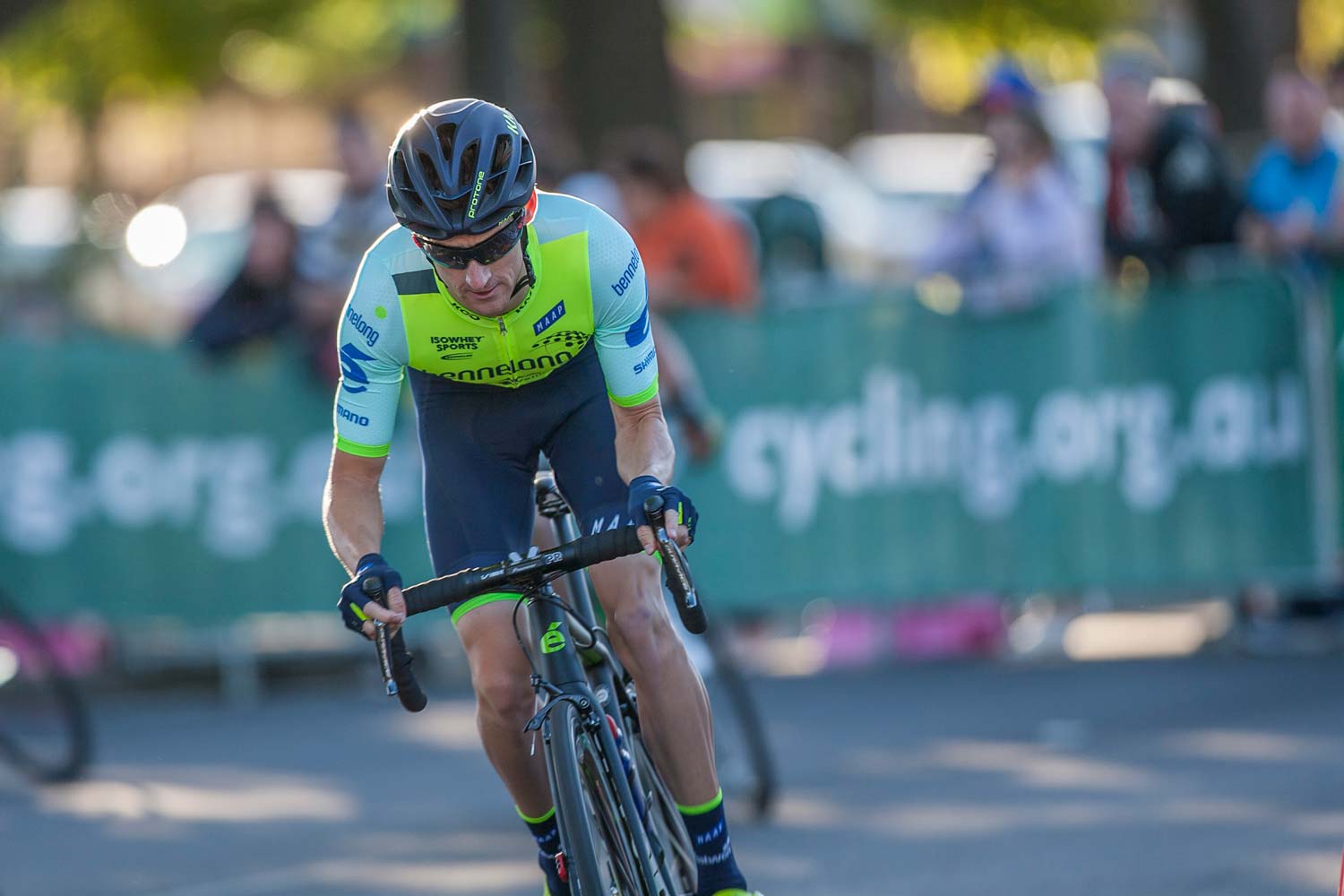 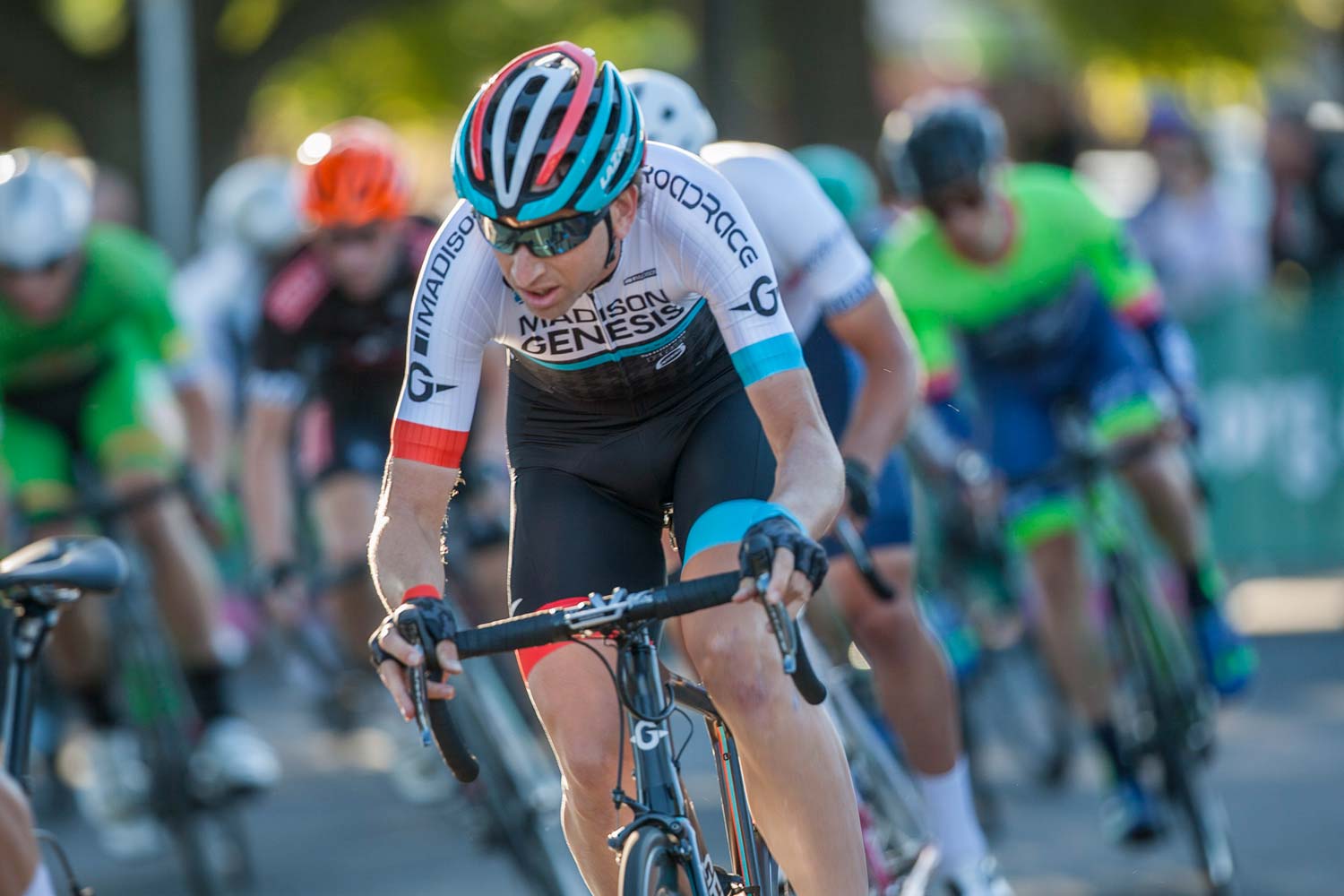 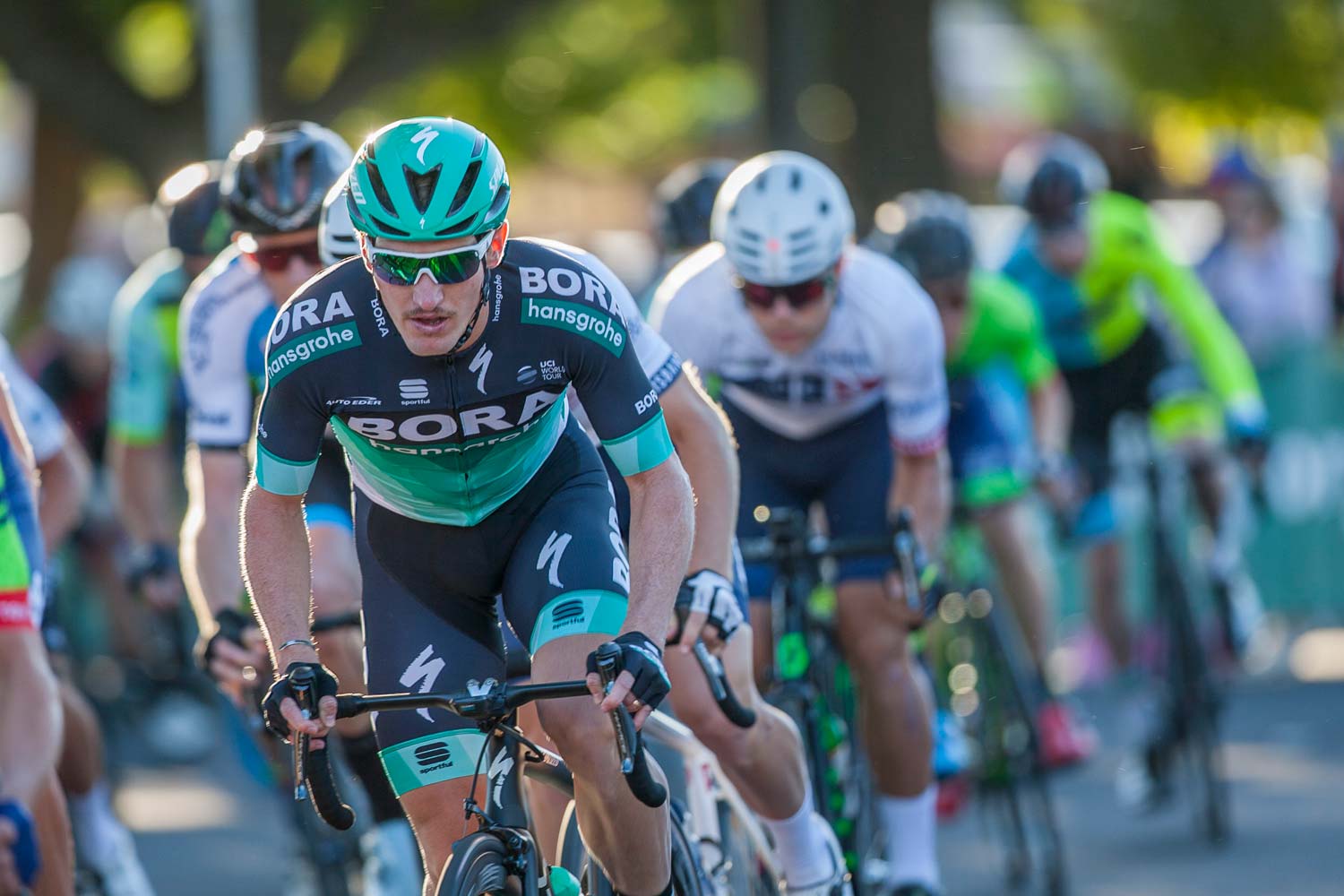 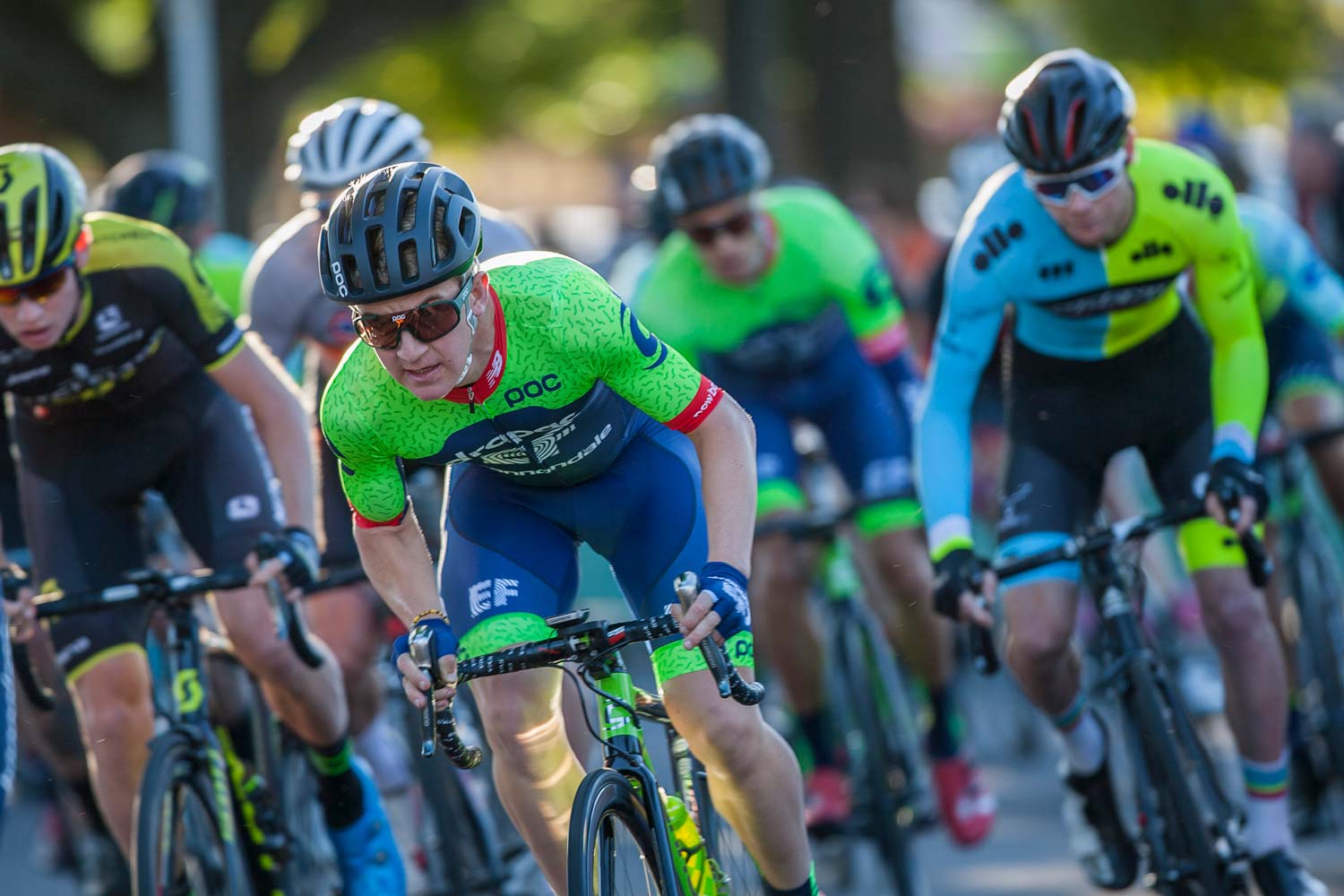 Off and racing in 2018: new colours for Genesis Madison, Bennelong-SwissWellness, Bora-Hansgrohe and Drapac-EF Education First… among other teams.

It took just over an hour for the elite men to finish the 40-lap, 44km race on the streets of Ballarat. There was a strong field including a few WorldTour professionals, with the Michelton-Scott team one of the main animators of the race.

The national championships, however, seemed to be a battle between two teams: the Australian-registered WorldTour outfit which included the eventual winner, and Bennelong-SwissWellness (with the eventual runner-up).

Brenton Jones was left to fend for himself during his debut season with the French Delko Marseille Provence KTM team. 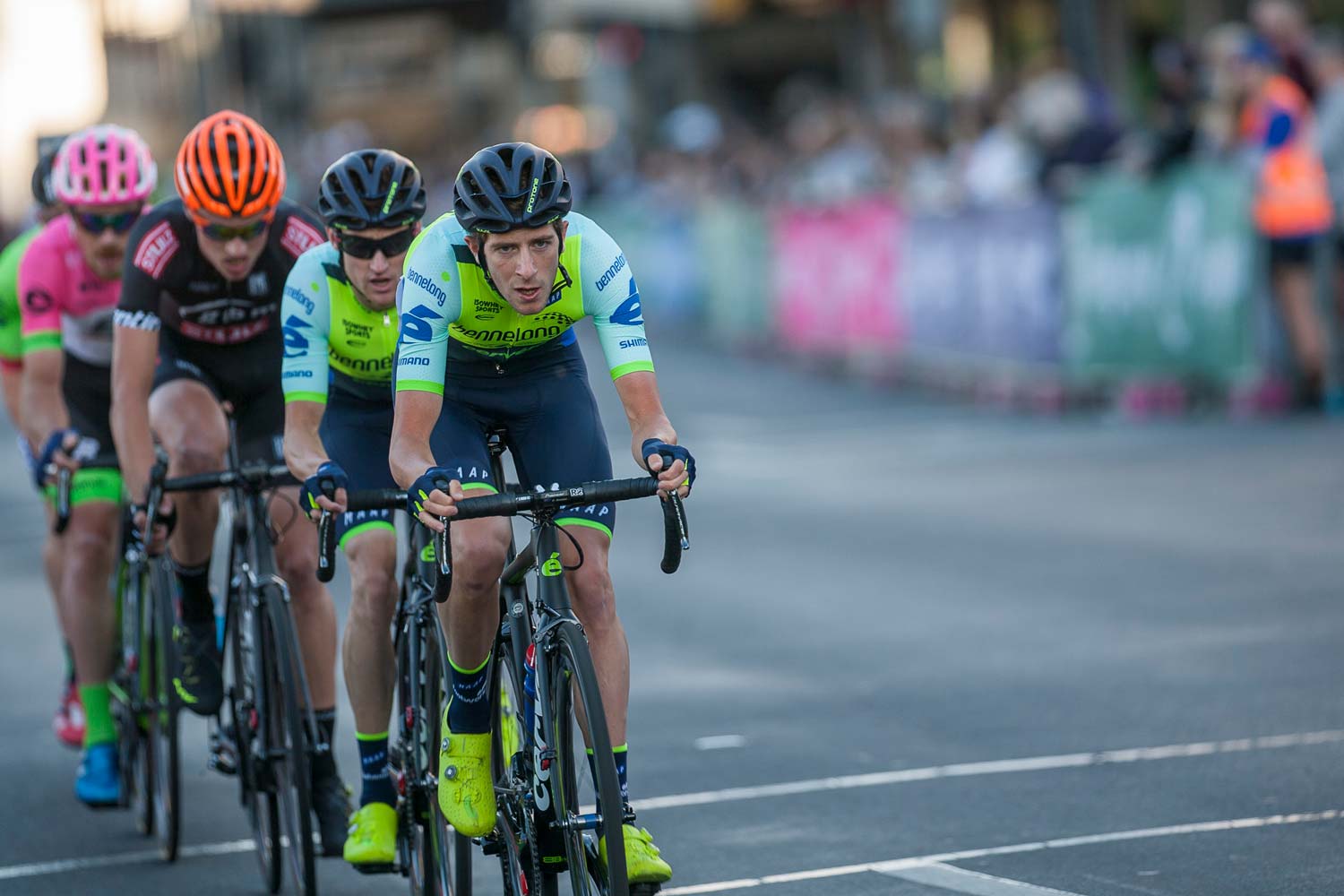 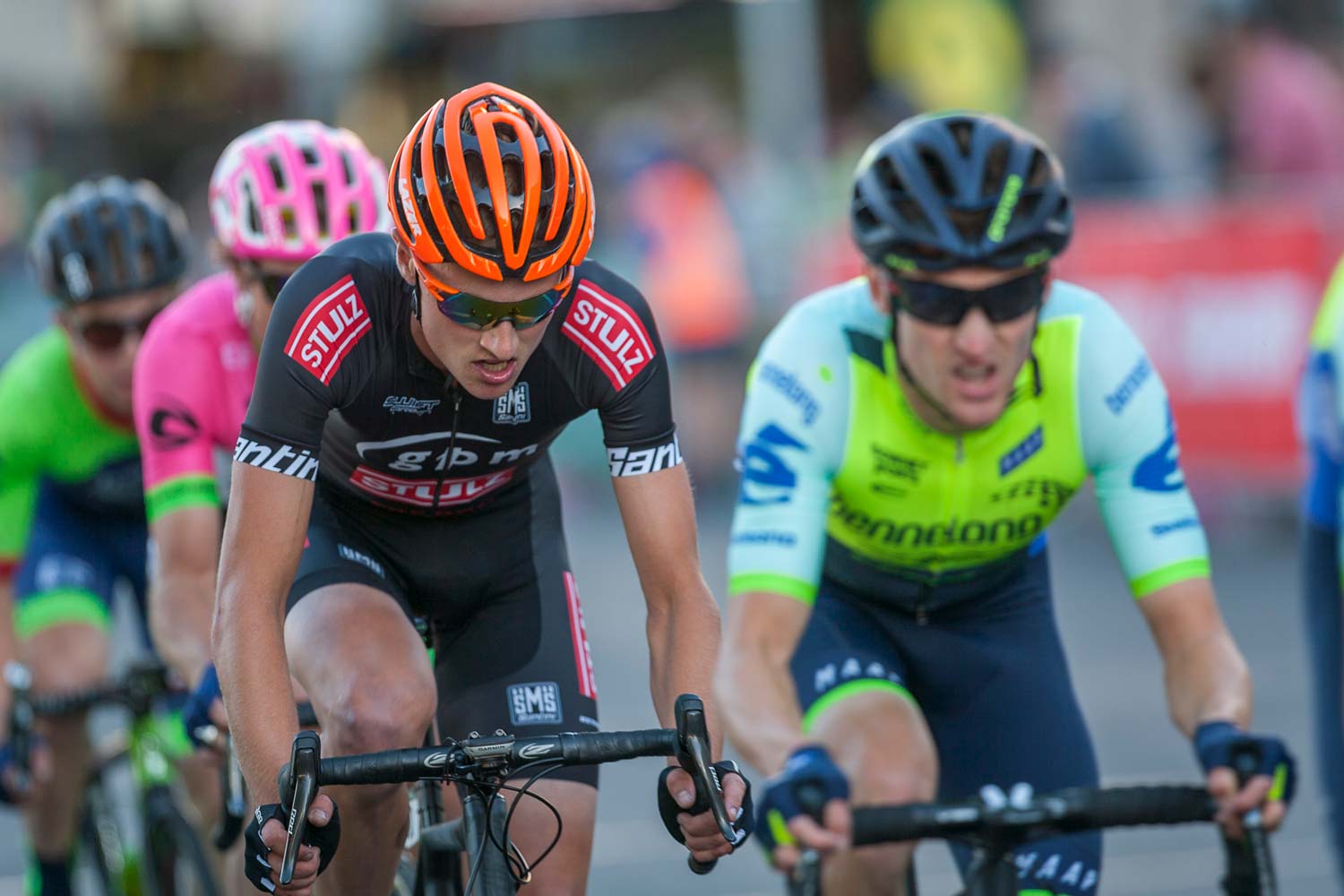 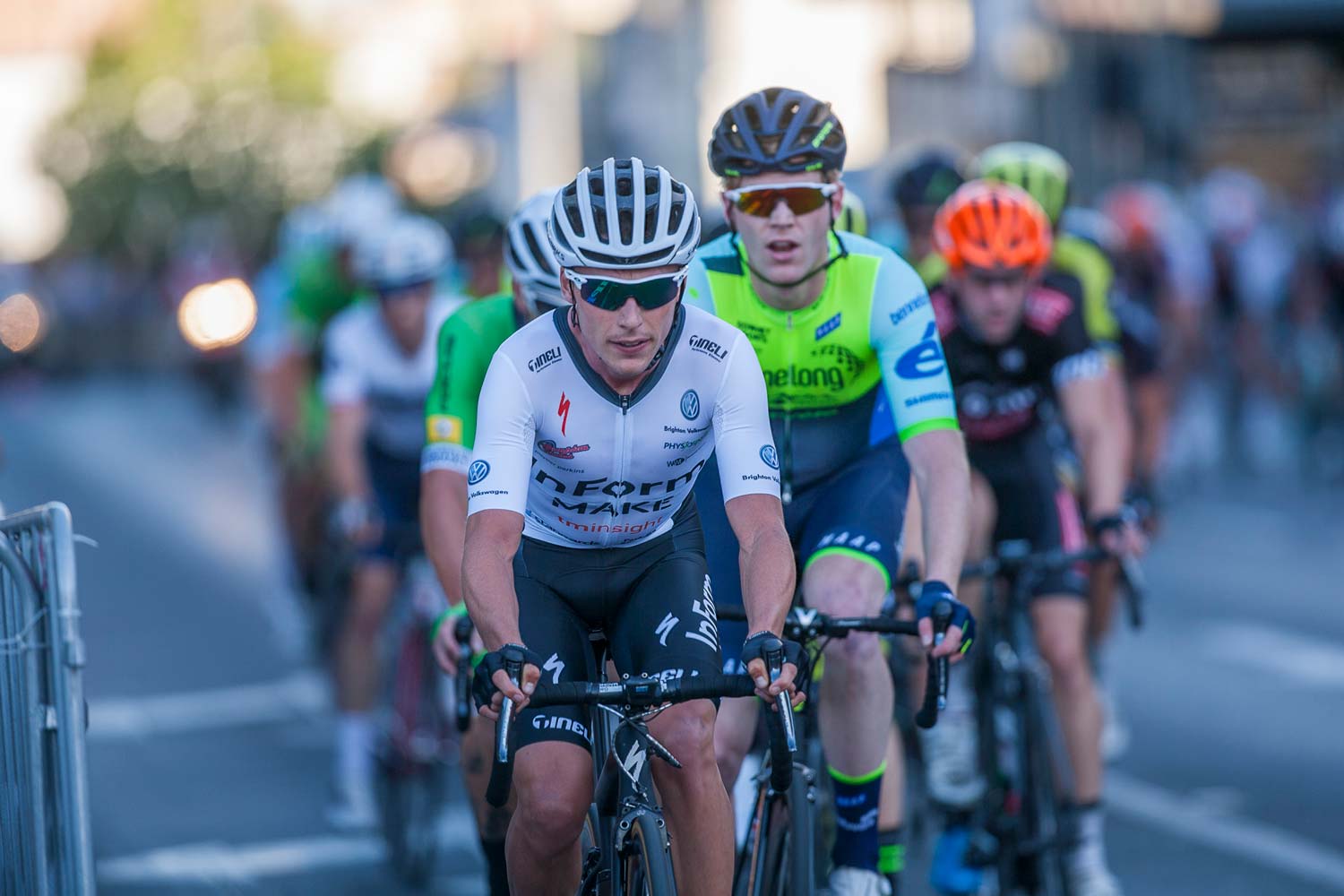 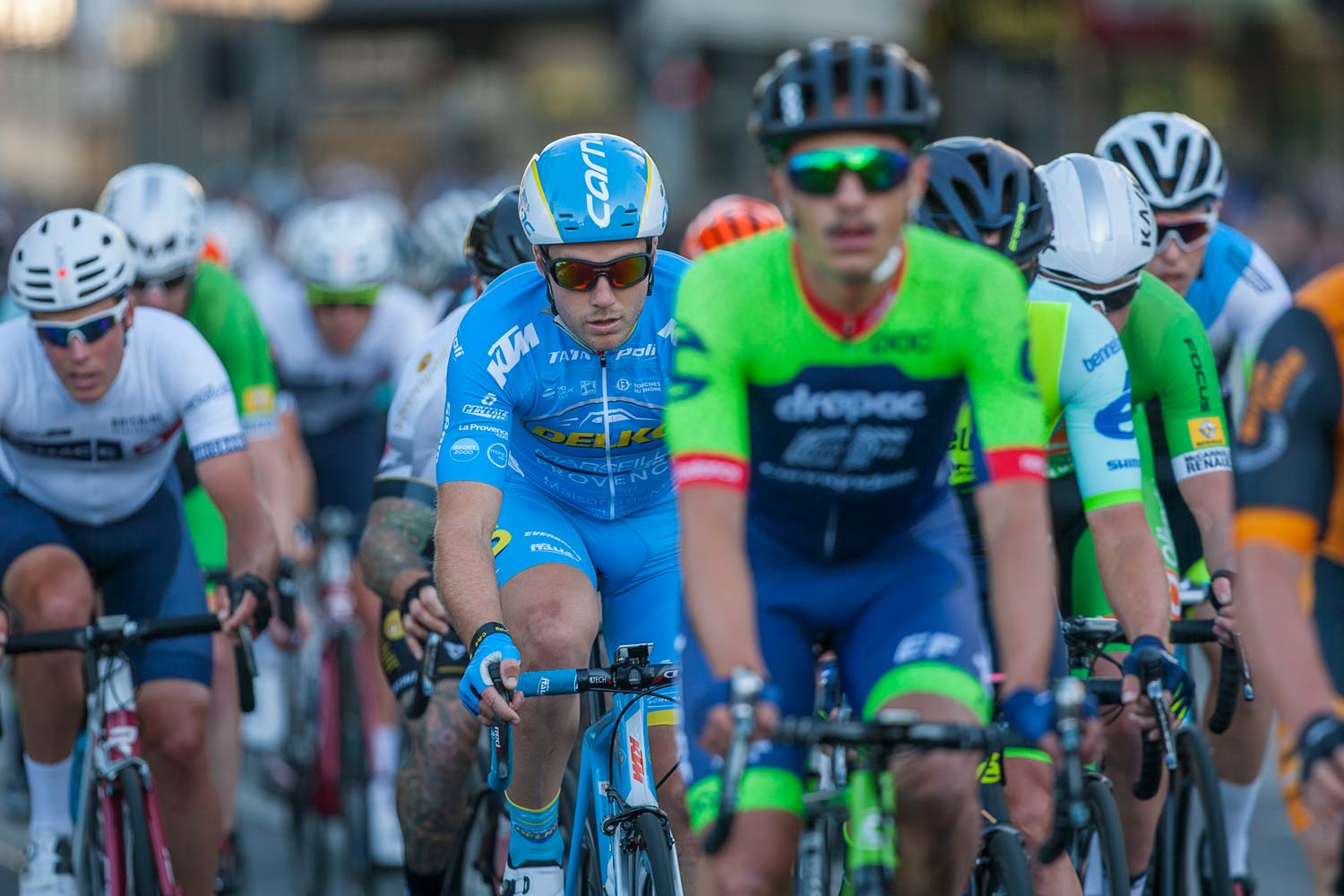 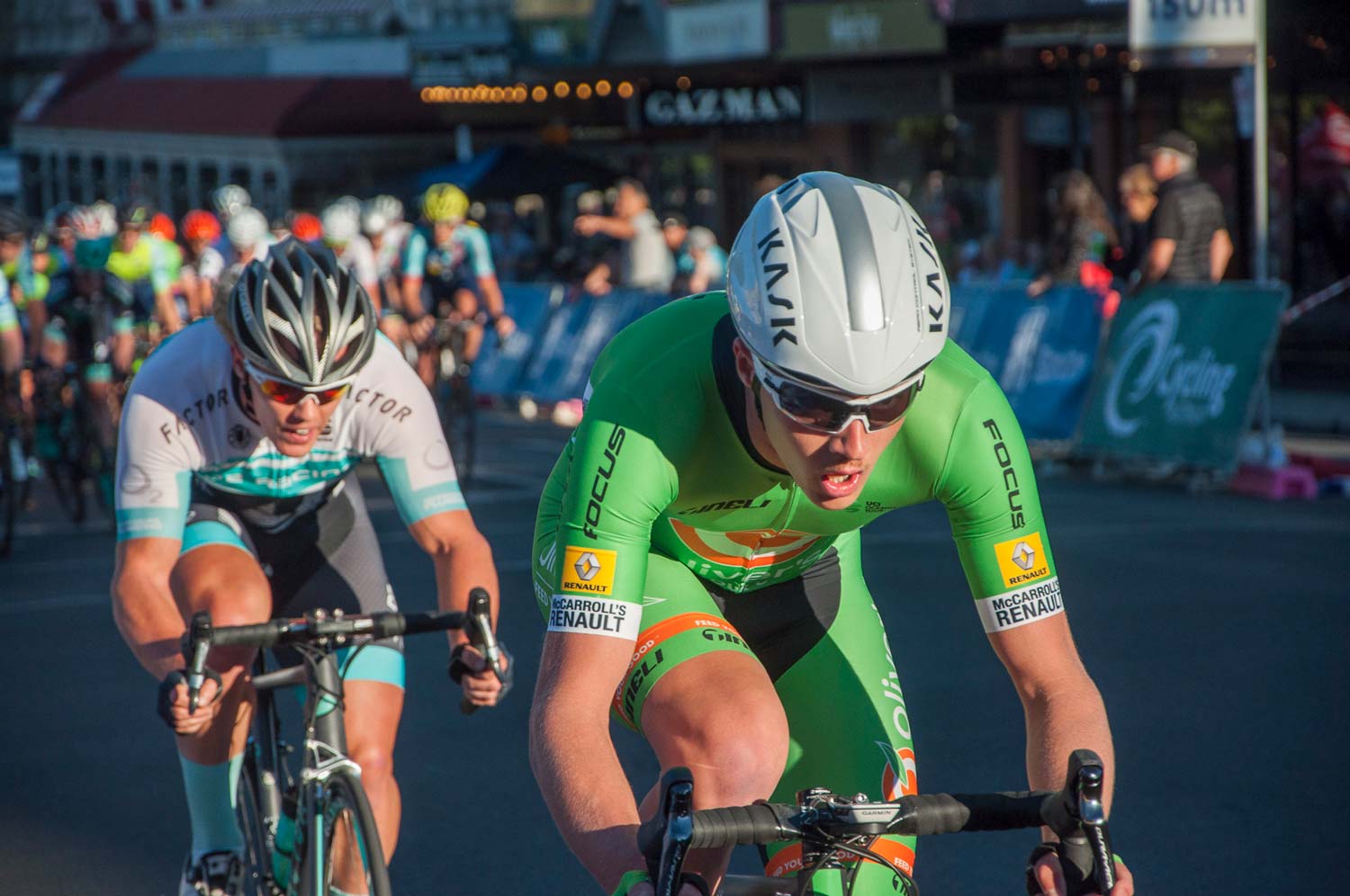 Cervélo’s Australian agent has been a long-term supporter of cycling in Australia. Like many other brands, it will have a stand at the Race Village of the Tour Down Under (13-21 January) displaying a wide range of bikes, including the S3 that Bennelong-SwissWellness are racing in 2018.

If you’re in Adelaide for the race, be sure to visit the stand, test ride a bike and go in the draw to win a fabulous Cervélo S3 Disc bike! 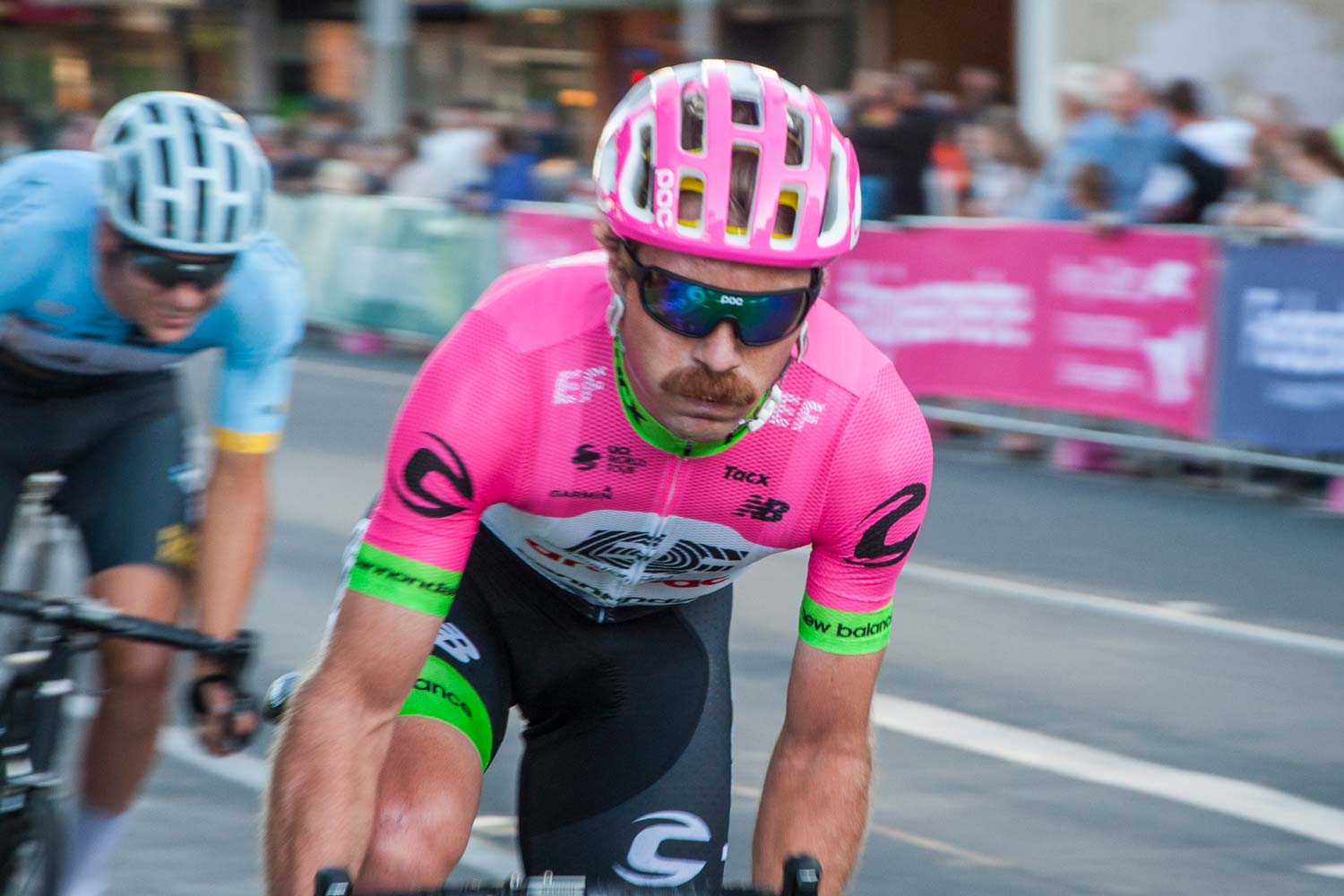 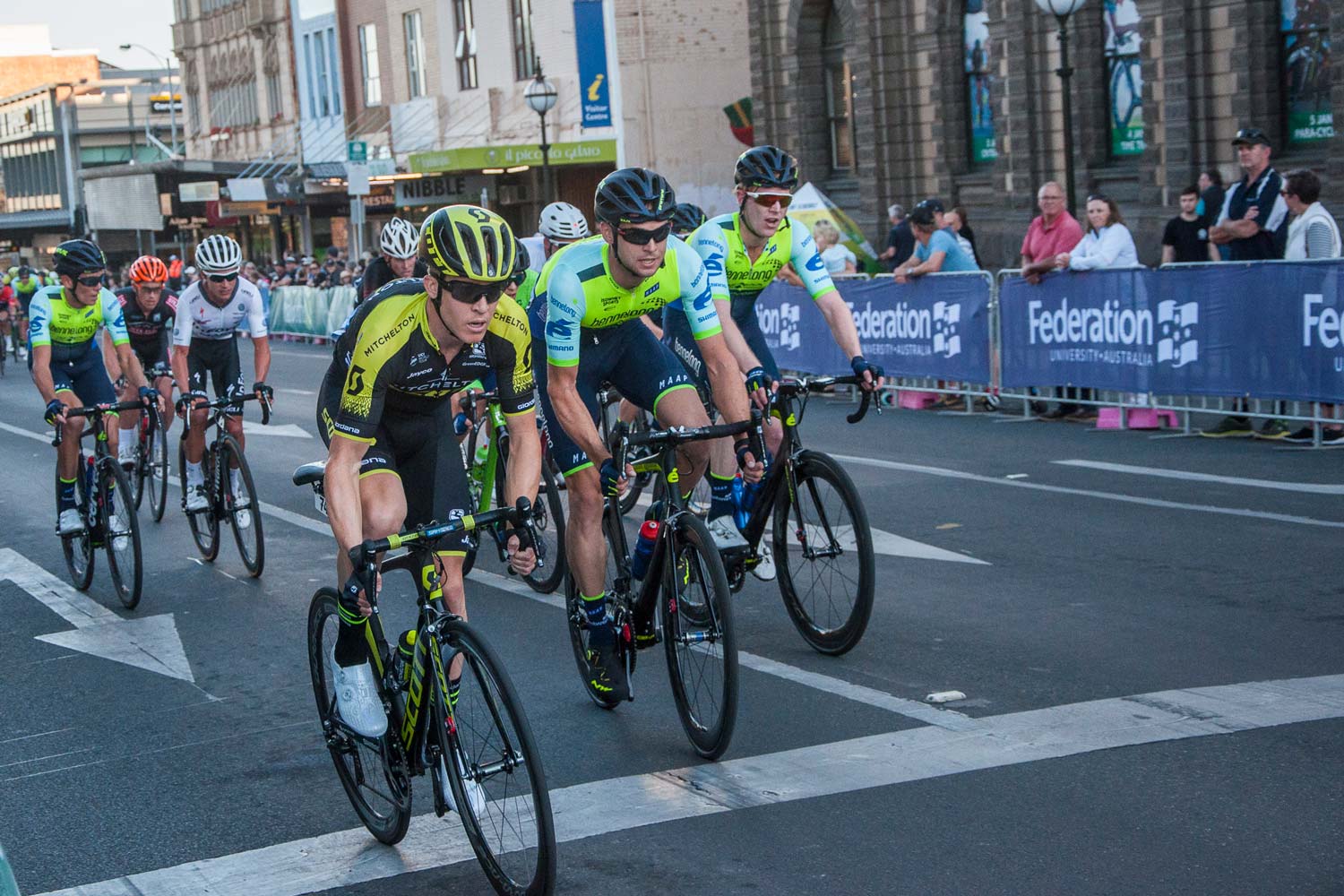 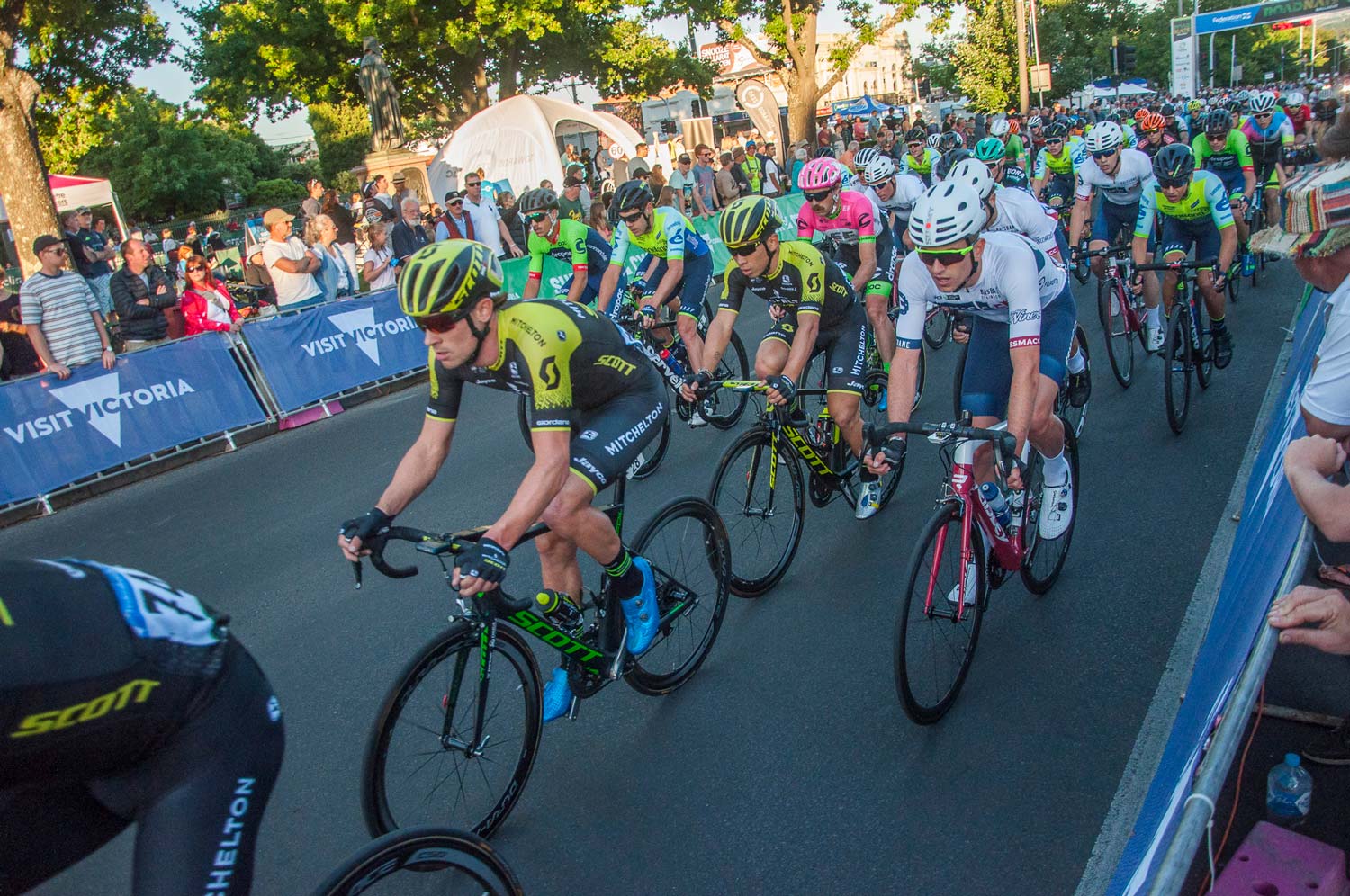 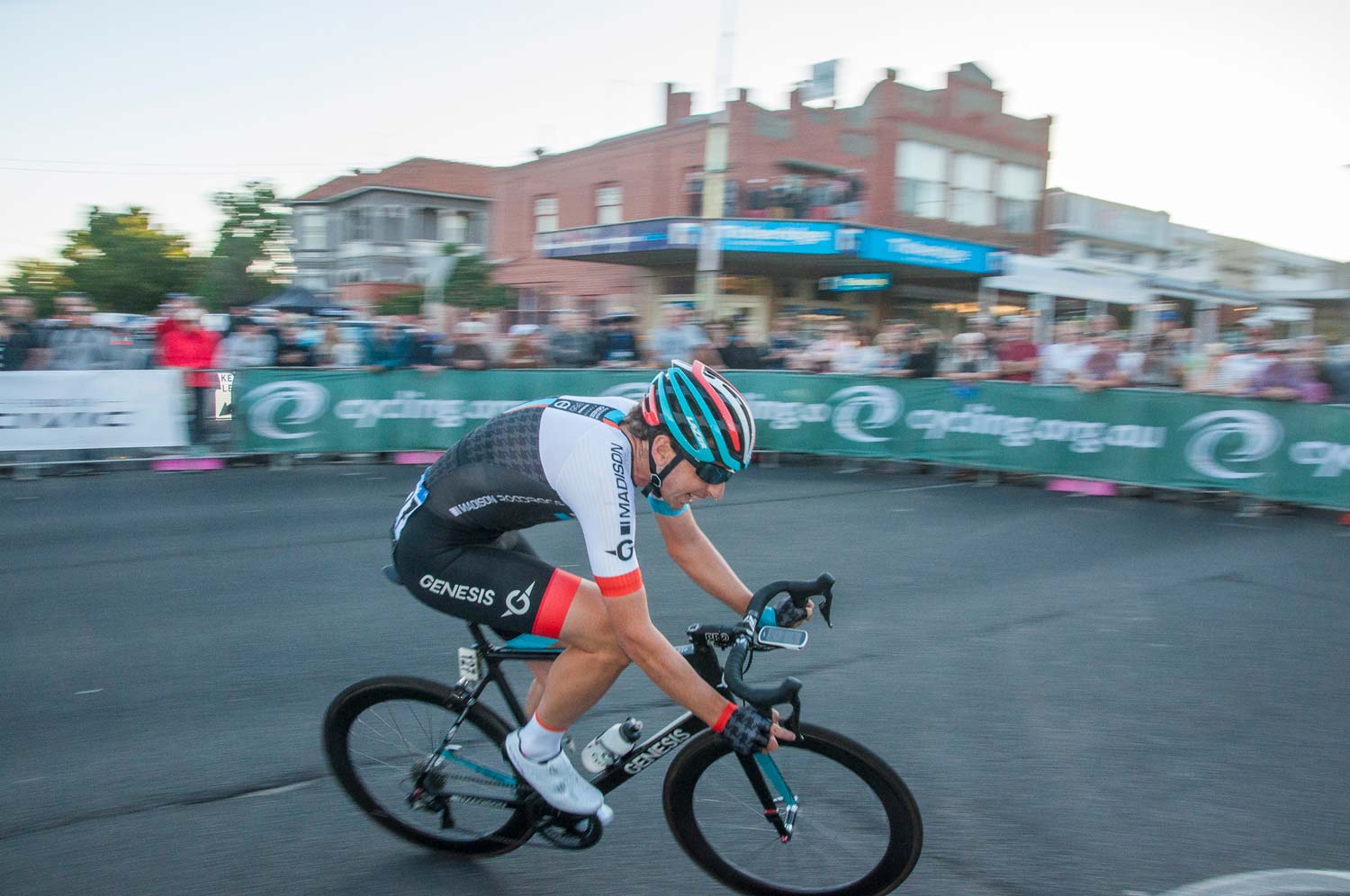 Mitch Docker was the lone representative of the newly named EF Education First-Drapac team. The bright pink jersey was prominent at the front of the peloton in the closing laps…

As is often the case at the start of the season, it takes a little while to adjust to the new team colours. It was almost impossible, however, to ignore the new tones of the Bennelong-SwissWellness team – now shades of green and blue, rather than the black and red of 2017. The bright pink of the new EF Education First-Drapac jersey, as worn by Mitch Docker, was also obvious.

We wait to see what the full range of new-season pro team colours will be. The nationals offers a glimpse but the Tour Down Under becomes the showcase of glossy new kit and bikes.

Stay tuned for more galleries from the following days: the time trials and road races of the national championships are yet to come. Follow the action live via SBS Cycling Central and on SBS Viceland.

And be sure to have a look around ridemedia.com.au for more from the nationals…

– Big thanks to Cervélo and Jean-Pierre Ronco for making this gallery possible. 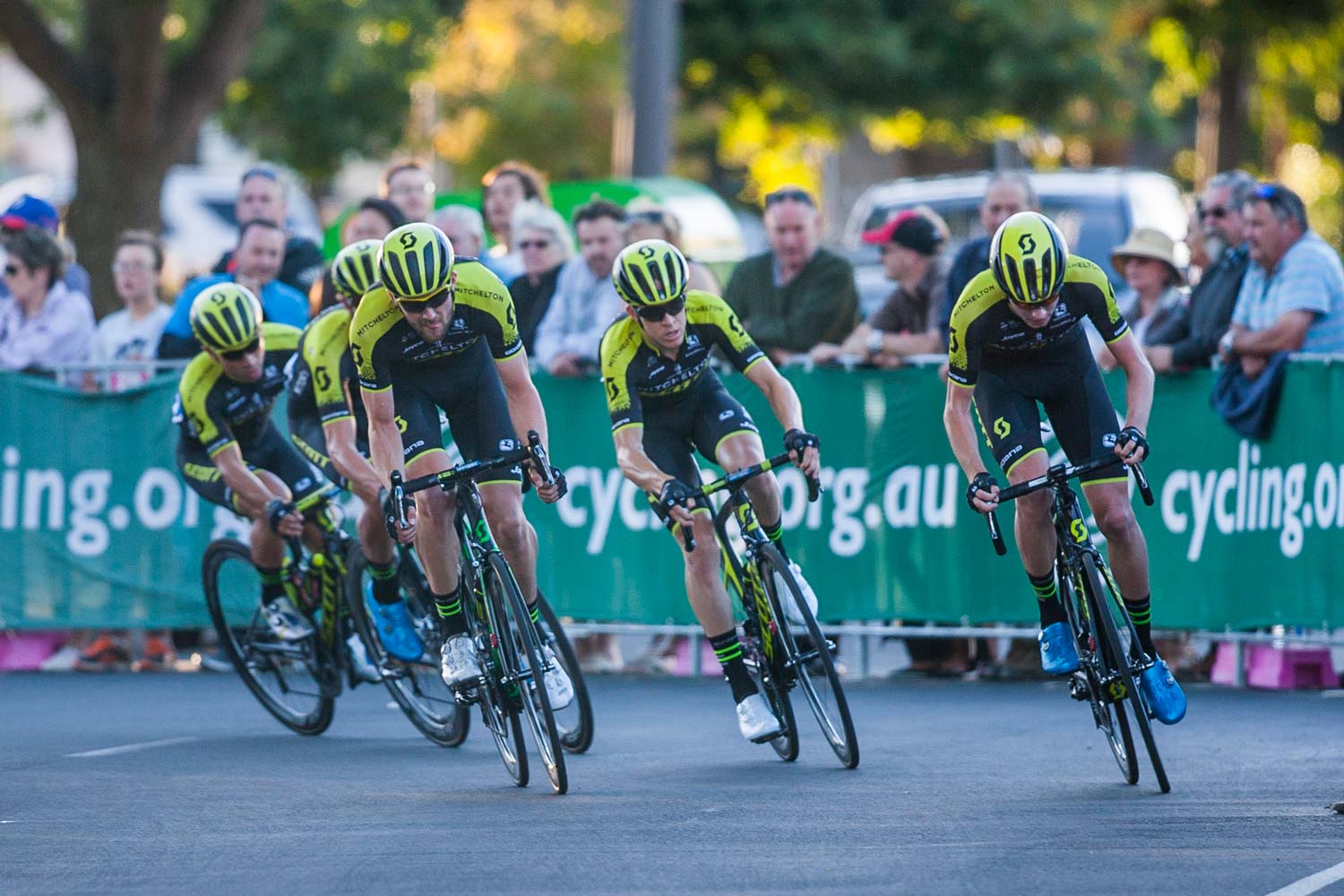 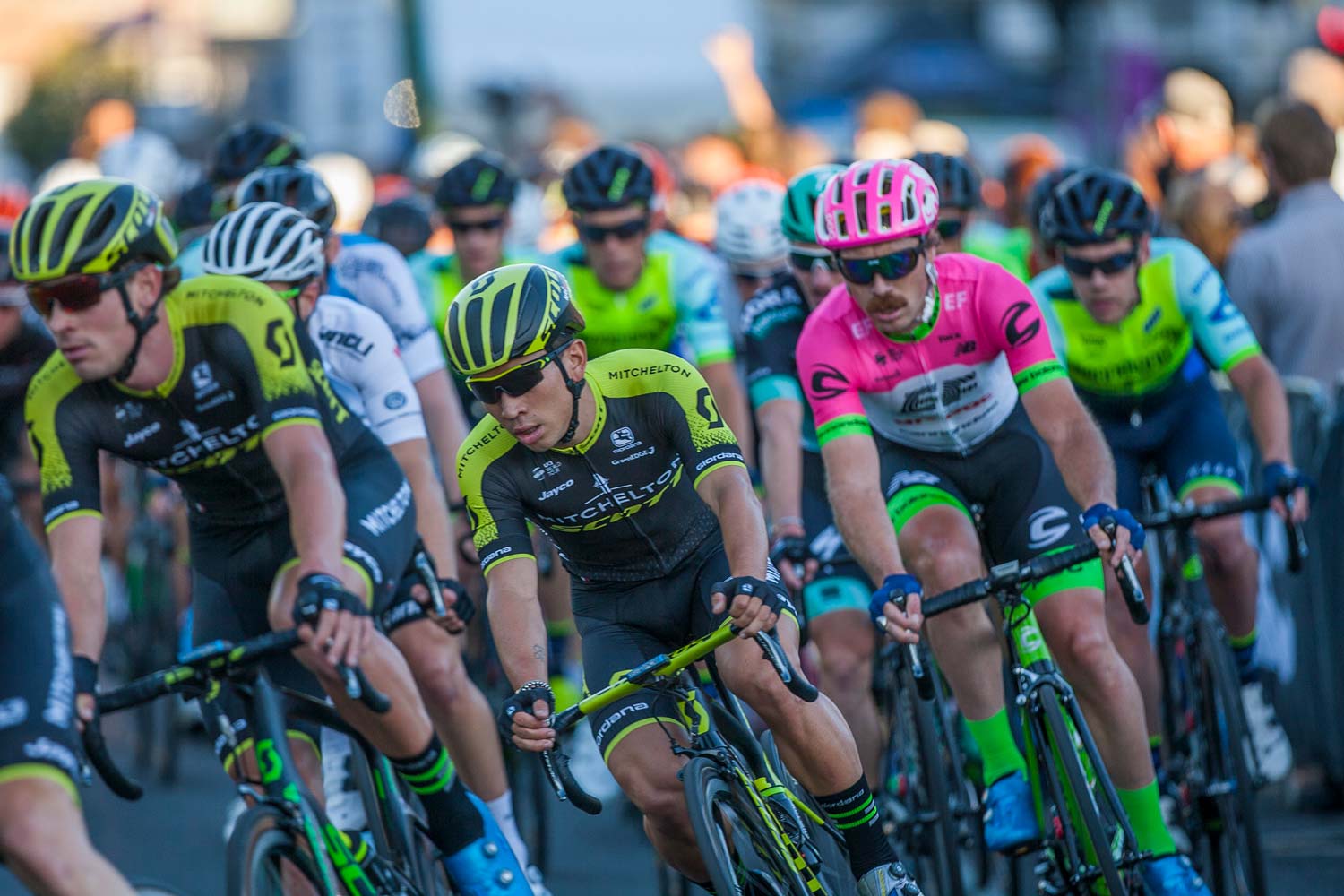 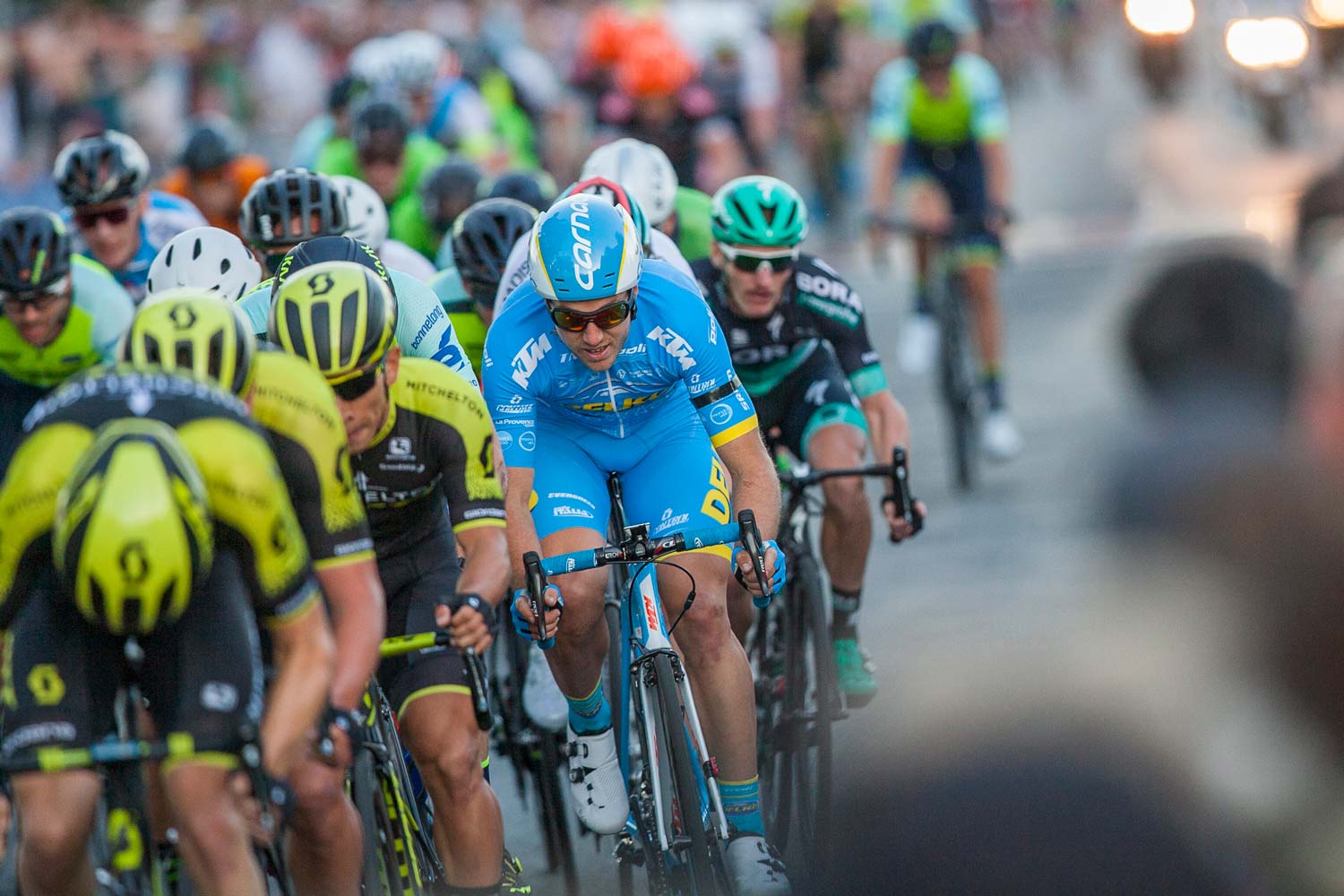 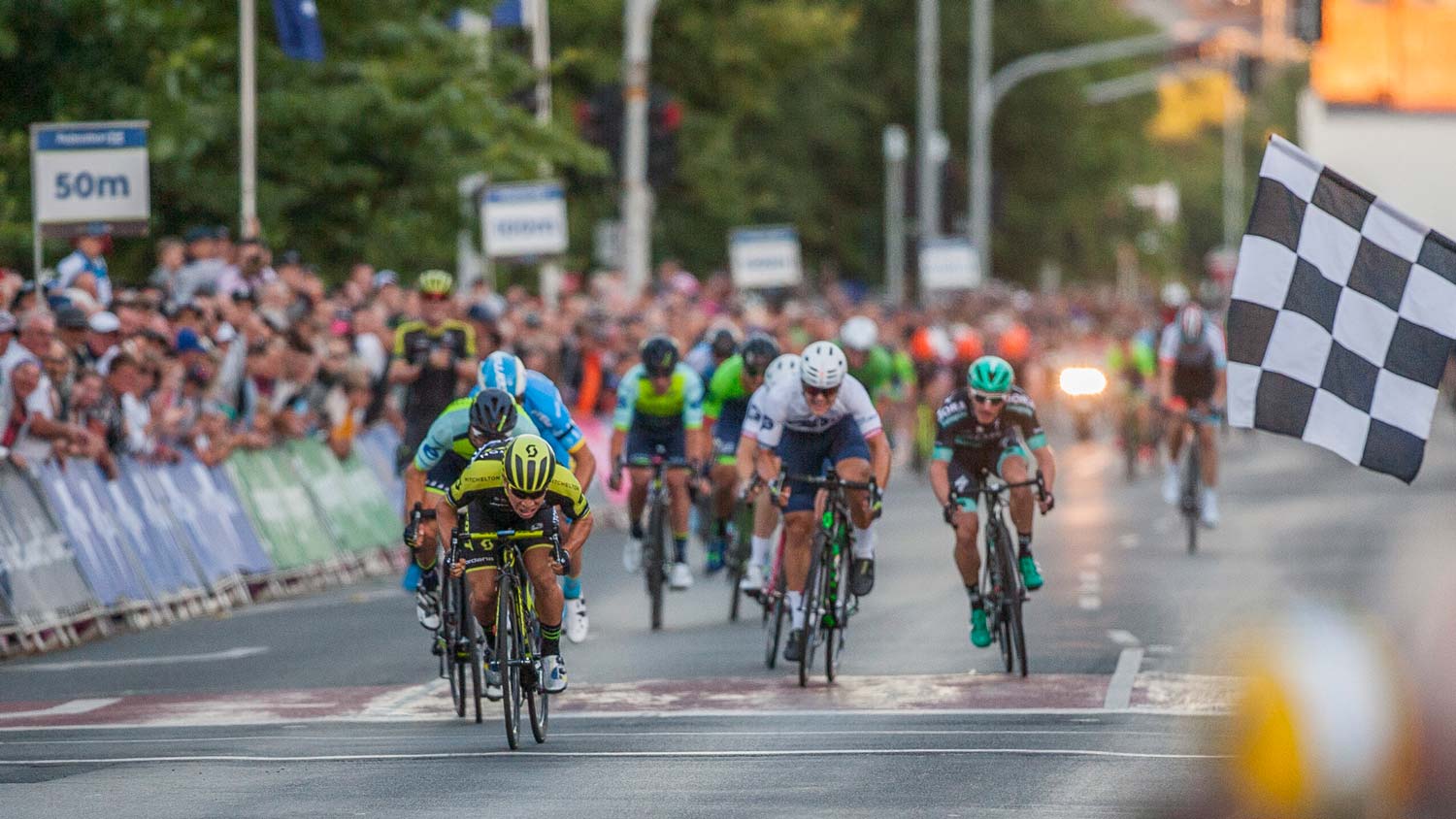 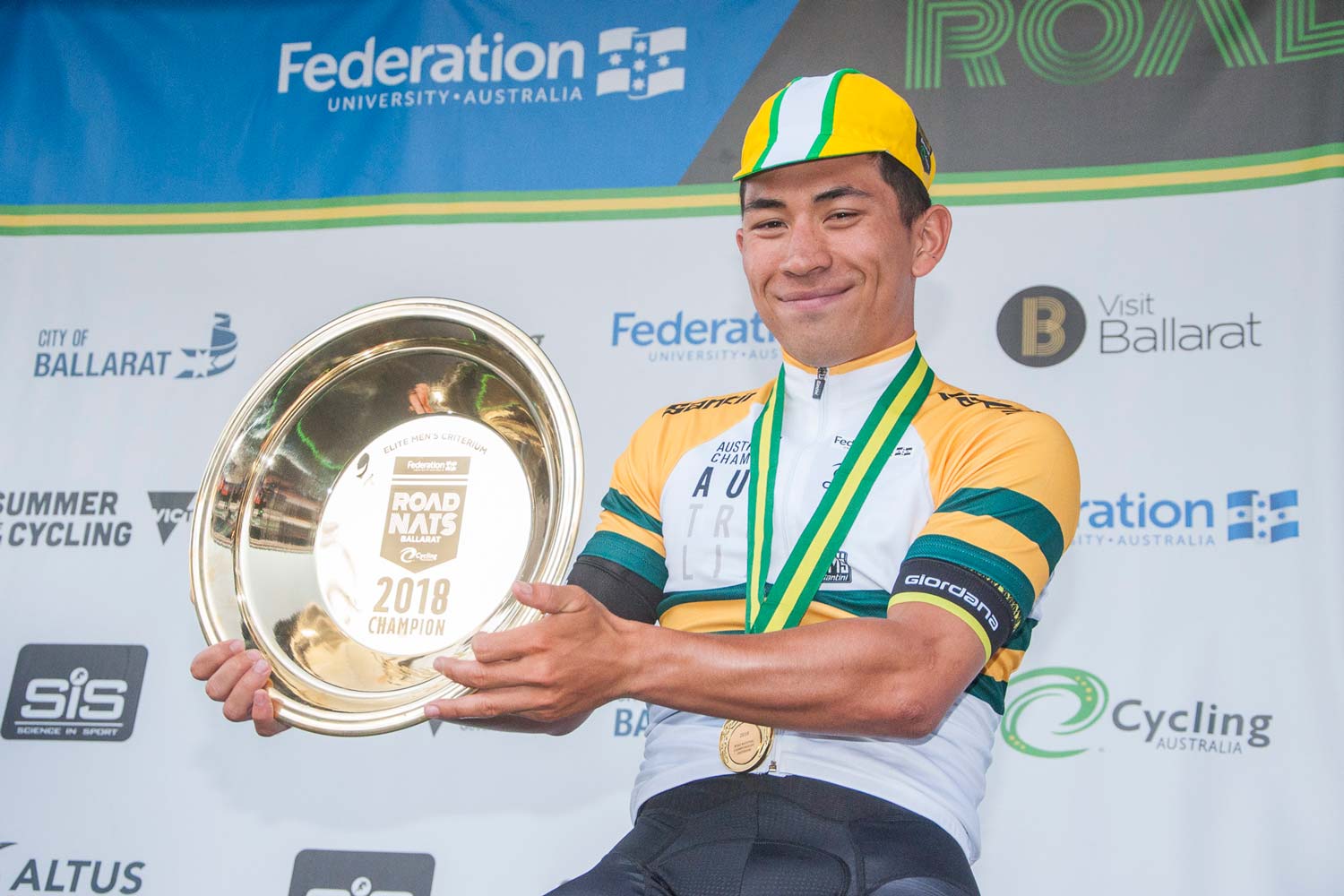