Nick White, 2020 Tour de Taiwan winner: “They were really onto the coronavirus straight away”

There was racing with live TV coverage and considerable interest from the public, but the Tour of Taiwan of 2020 was different to previous years because of the island nation’s pragmatic attempts to contain the spread of COVID-19. 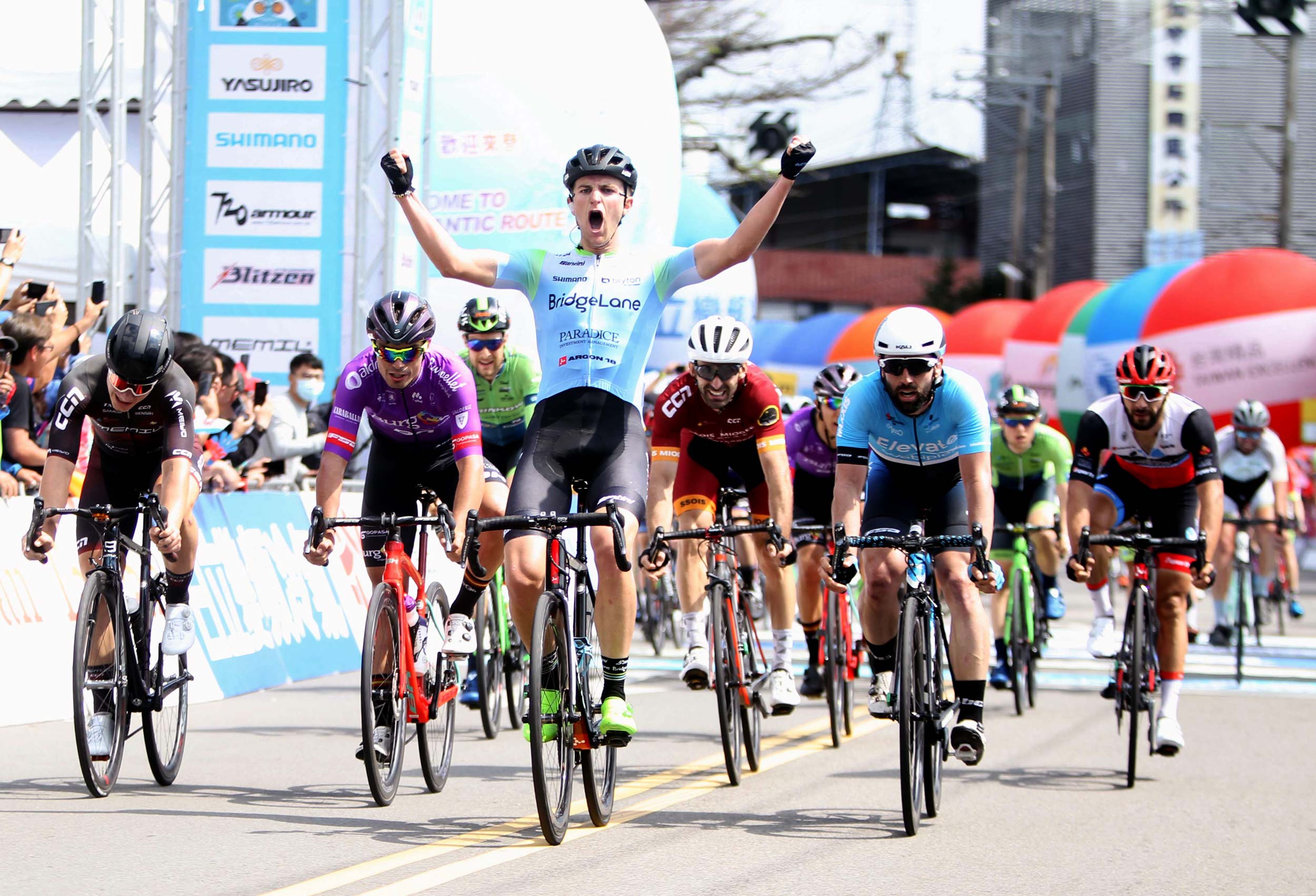 Last year’s Australian under-23 road race champion, Nick White, didn’t have the summer of cycling that he’d hoped for. Misfortune plagued him while racing events like the Santos Tour Down Under in January, but by March he was in winning form.

In the five-stage Tour de Taiwan (1-5 March 2020), he earned time bonuses while in a breakaway one day, won a stage the next and, at the end of the week, was crowned champion. It may be one of the last stage race victories in a while as it came at a time when sporting events around the world were being cancelled or postponed.

It has been reported that Taiwan’s management of COVID-19 offers a template for the rest of the world. According to the WHO, Taiwan – which is listed by the organisation as being part of China – has been able to contain the virus better than most countries.

When listening to Nick White explain the protocols he and his BridgeLane team-mates were required to adhere to, it becomes obvious that the measures, although cumbersome, have had a positive effect and a degree of containment that is better than most other places where the spread of COVID-19 is increasing significantly.

“They were really trying to jump on top of coronavirus straight away,” he said during an interview recorded yesterday, 10 days after White flew back home to Australia.

On 17 March, according to figures from the Center for Systems Science and Engineering at Johns Hopkins University, there were 77 confirmed cases of COVID-19 in Taiwan. This is a significantly lower contamination rate than elsewhere in the world.

Although it would be worthwhile to find out more about the actual cycling element of White’s recent trip to Taiwan, our discussion about the race related more to what impact there was from the coronavirus outbreak.

Below is a transcription of RIDE Media’s interview with the 2020 Tour de Taiwan champion, Nick White of the BridgeLane team.

RIDE Media: Let’s talk about Taiwan. It’s certainly known to be a big part of the cycling scene, but it is for industry rather than racing even if there is quite a history of competition there. What was it like racing there in 2020… What was the vibe like?

Nick White: “Taiwan was very well prepared for the impact of the coronavirus. Like, when I left Australia, I think Taiwan had, maybe, 35 cases compared to Australia’s 20, at that time.

“So, when we left Australia there wasn’t a lot of concern or really anything being done to manage the potential risk. Even at the airports when I flew out of Melbourne, it was, in all fairness, just a case of going about things as per usual. I couldn’t really tell difference.

“But then, as soon as we landed in Taiwan you could notice the things that had been done to try and keep the virus at bay.

“Going through customs in Taiwan, compared to what it was like last year, was a lot more complicated.

“They were doing health checks and asking questions about where you’d been, where you’d travelled, checking your temperature… and all this kind of stuff. And I was like, ‘Oh wow, they’re really trying to manage it…!’

“They were really trying to jump on top of coronavirus straight away.

“And then, even when we got to the hotel, there were measures in place because of the potential risk.

“So, before every breakfast and dinner, at each hotel, they’d check our temperature, and they had hand sanitiser everywhere.

“Before getting the key to our room at each hotel we had to fill in a form about which countries we had been in over the last six months.

“The day before the race started, we went to a shopping centre for lunch – just to a food court – and before we even went into the shopping centre we had to go through temperature check and fill out forms again.

“So, they were really onto the coronavirus straight away.

“And I guess the result of that diligence shows in the way the virus has spread in Taiwan.

“Around three weeks later, Taiwan has only got 65 cases, so only 20 more since I went over there at the end of February, compared to Australia which is up to 450 or something…”

Nick White: “I arrived in Taiwan in late-February, the 27th (with the race dates: 1-5 March) and left a week later.” 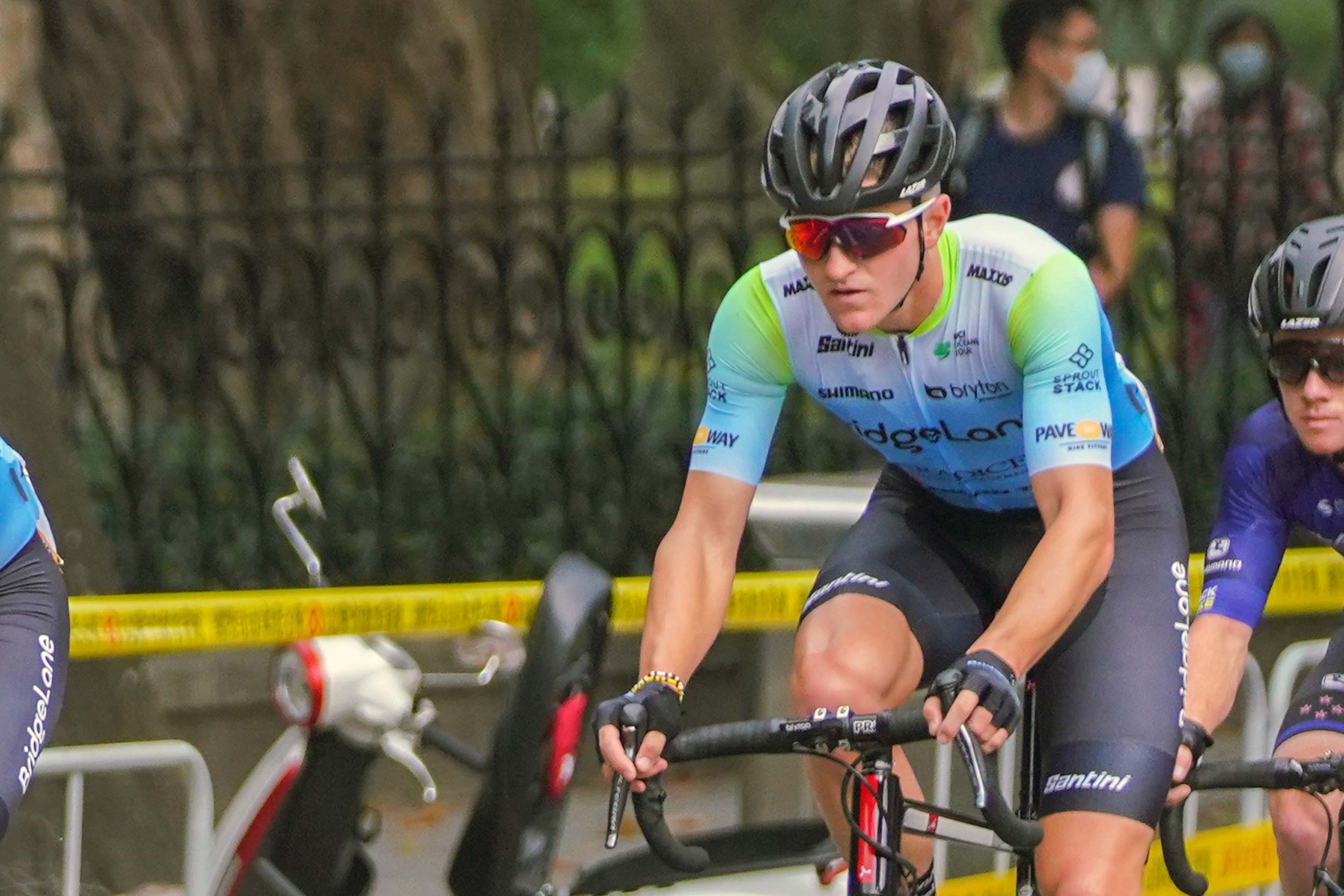 RIDE Media: Can you give me a little cultural/sporting overview of what could be one of the last bike race victories in a while. It must have been a good experience.

Nick White: “Yeah, it was a pretty unreal experience. As far as summers go, leading up to the race in Taiwan, was personally disappointing for myself with just a few things not really going my way as much as I’d have hoped.

“So, I went over to Taiwan with not a lot of expectation – I just wanted to race and see what happens, maybe try and go well in one stage…

“In the first few days, I kind of felt alright; I was just sneaking into the top 10, but it was nothing to call home about.

“Then I managed to win the third stage and things started to suddenly feel like I might be able to go alright in the overall. And I just kept on knocking on the door.

“On the fourth stage, I managed to jump into the breakaway and earned a few bonus seconds, which I got pretty lucky with. I ended up being in a position where I could win the Tour on the last day and we managed to pull it off. So, yeah it was pretty cool.”

RIDE Media: Taiwan Tourism is doing a promotional campaign with the view of trying to get more people to ride bikes in Taiwan, RIDE Media has been running it on our site for the last couple of weeks. It seems optimistic – and I don’t think people are planning any holidays anywhere in the short-term, certainly not international ones – but, from all accounts, if you’re going to go somewhere in Asia that is the place to go.

Nick White: “Yeah, it’s a pretty amazing country actually. I really enjoy going back there, and I hope to go back there again to race in the future.

“The roads we ride on are really cool. There’s a lot of beautiful scenery. The race is well run. Everyone is really passionate about cycling there; all the supporters and the people running the race all love cycling. And it’s just a really cool atmosphere.

“It’s a cool race to go to and there are a lot of really nice, happy people.

“I think the race has a lot of potential.

“This year, with the virus, it probably dampened the mood a little bit because people were just less likely to go outside, and I think that’s just because of the big push from the Taiwan government to have people avoid mass gatherings.

“There were still a lot of people out, don’t get me wrong. But, compared to the year before, it definitely felt like it was a lot less supported by the local community.

“The race was televised there, so I still think people would have been watching it and supporting it a lot.”

RIDE Media: So, it was live on television in Taiwan?

Nick White: “They had a livestream on YouTube (via TVBS News, a YouTube channel with 1.18 million subscribers), so international coverage. Eurosport showed highlights of the race, and it was live on television – on national television – in Taiwan.”

RIDE Media: Now, coming into that point in the season when pro cyclists are ordinarily ramping up their program, you’ve basically switched off and you’re going to an ‘off-season’.

Nick White: “Yeah. Exactly. It’s definitely a different year, and one in which you’ve just got to roll with the punches. It sucks, but there’s not a lot we can do about it so you’ve just got to change the year around and just hope that everything starts to pick up in the back half of the year, and you can start to get more racing and, obviously the team can start to get more exposure overseas.