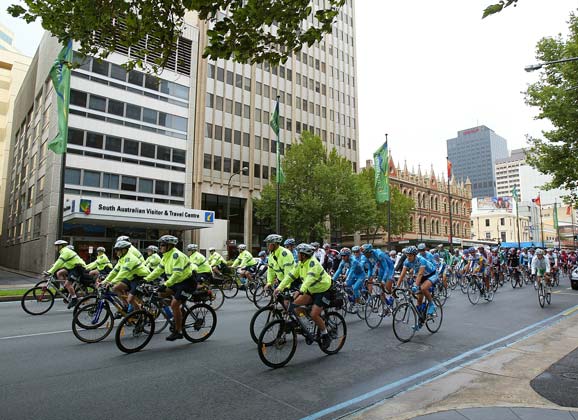 NRS suggestions: comments from the community

Cycling Australia has promised “a review” of the National Road Series but there’s been little more than silence since the announcement of this in June last year. Rather than being critical for the sake of it, we have opted to ask the broader cycling community for some suggestions about how cycling’s governing body could improve the NRS. A few suggestions were offered in a comment piece and the response on social media has been significant.

If you’d like to see some of the recommendations – from the likes of team owner Andrew Christie-Johnson and others – be sure to follow RIDE Cycling Review on Facebook.

We have forwarded some of the suggestions to Cycling Australia. While we wait for a response from CEO Nick Green, we thought it would be interesting to get more feedback from others involved in cycling.

As part of this ongoing series, we contacted the race director of a successful cycling event and asked what recommendations he would have for Green and his cohort at CA.

Mick Turtur has been at the helm of the Tour Down Under since the event’s inception in 1999. He believes one of the key things for Cycling Australia and race promoters to consider is police costs; this is one of the thing that has prompted the postponement of the Tour of Toowoomba and it’s a significant investment for event organisers around the country. 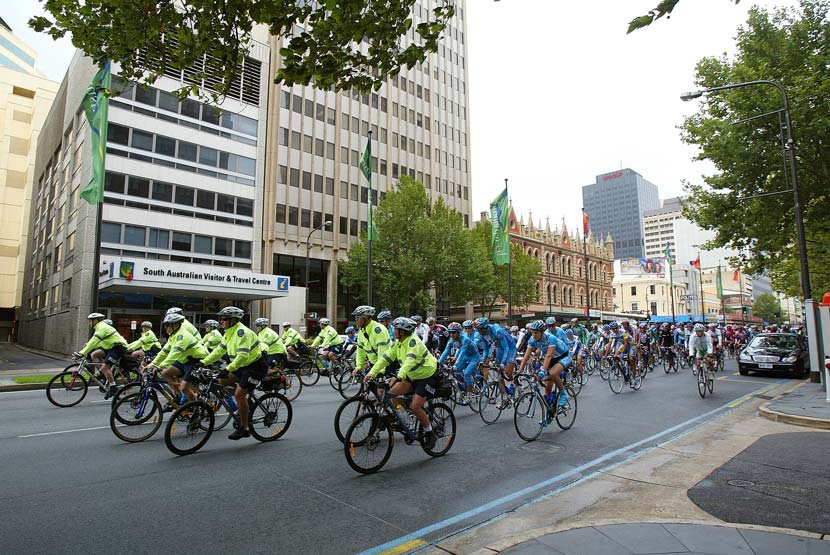 The South Australian police force provides an invaluable service for the Tour Down Under… and, in turn, it receives a strong PR boost each January.
Photo: Yuzuru Sunada

RIDE: The NRS has been a success over the years but the race days are dwindling and now there are very few race days with the Tour of Toowoomba announcing that it will be postponed for 2016. What recommendations would you give to Nick Green to try and improve what he’s doing with regard to that road series?

Mick Turtur: “I don’t know a great deal about the National Road Series but from my understanding, the issues some of the races are having is to do with the management of the race on the road… police costs and the logistical costs have to be found by the organisers.

“Maybe this is a starting point for Cycling Australia; to look at whether they can broker a deal with state police in terms of supporting the staging of cycle racing on the road.

“I know [the police costs] element alone is a major factor that really does create financial hardship for a lot of the organisers that they can’t overcome – and that’s the start of the problem.

“I think it may be an area that Cycling Australia need to be a bit more active in and try to bring together representatives of the state police forces and see what can be brokered because here in South Australia we have a great relationship with the police on our roads and I know, for the women’s tour also – and other bike races they have in South Australia – the South Australian police do support and offer their services free of charge. And that’s not the case in other states of Australia and sometimes I have to ask myself, ‘Why?’” 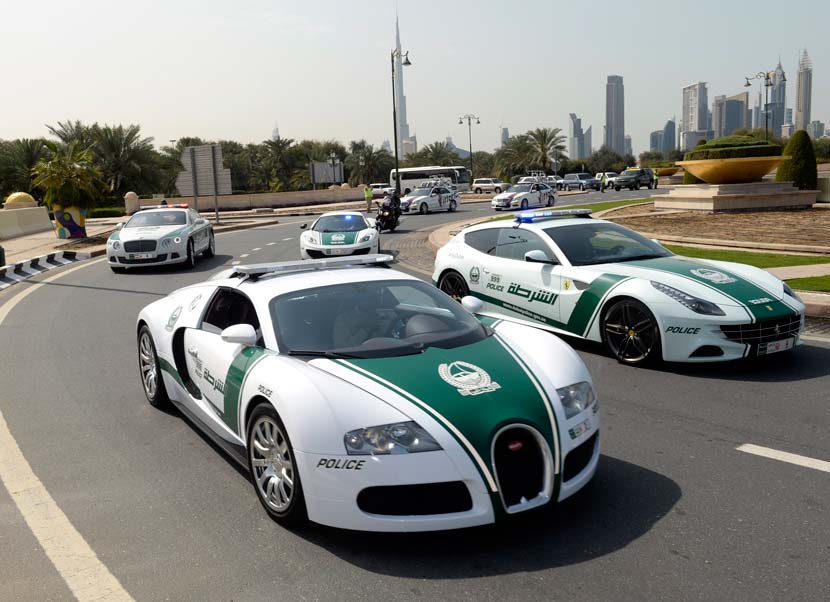 The recently established Dubai Tour offers local police a chance to show off some of their more interesting vehicles, like their Bugatti and Ferrari fleet…
Photo: Graham Watson

I think you’ve hit the nail on the head. It really is a case of getting the government onside and then getting the police costs down. That is what crippled Toowoomba so there’s got to be some way of doing it.

“Yes, that helped a lot obviously. With the establishment of the race being a government owned event it opened the door to getting the services of the South Australian police and so on. However, having said that, the South Australian police are an autonomous organisation and they have a clear choice to make in terms of whether they support events like ours, regardless of it being a state government owned event.

“[The SA police] see our event as a major public relations exercise for their organisation.

“Lucky for us that is the case because their services on the race are really significant – without them we haven’t got a bike race.

“It just depends on the people who are in charge of the different organisations and what they see as a benefit for their organisation.

“From a South Australian police point of view, my own experience has been that it is a great public relations exercise for them and they enjoy being on the race and supporting the event.” 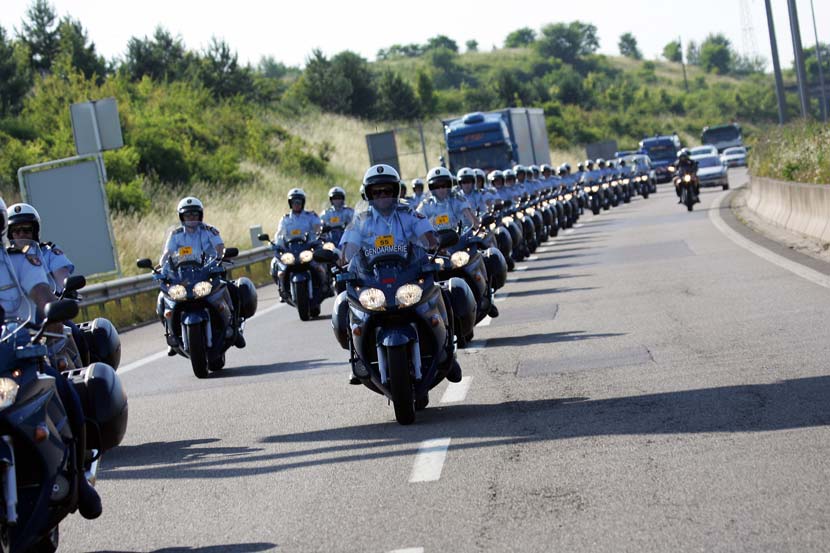 Every successful cycling event has a solid working relationship with the police… including the Tour de France and its large peloton of gendarmes.
Photo: Yuzuru Sunada

We would like to encourage further commentary on this topic.

There are many stakeholders and everyone involved is passionate about the topic.

If you have anything to add, please click the ‘Contact Us’ button on this site and send in your comments.