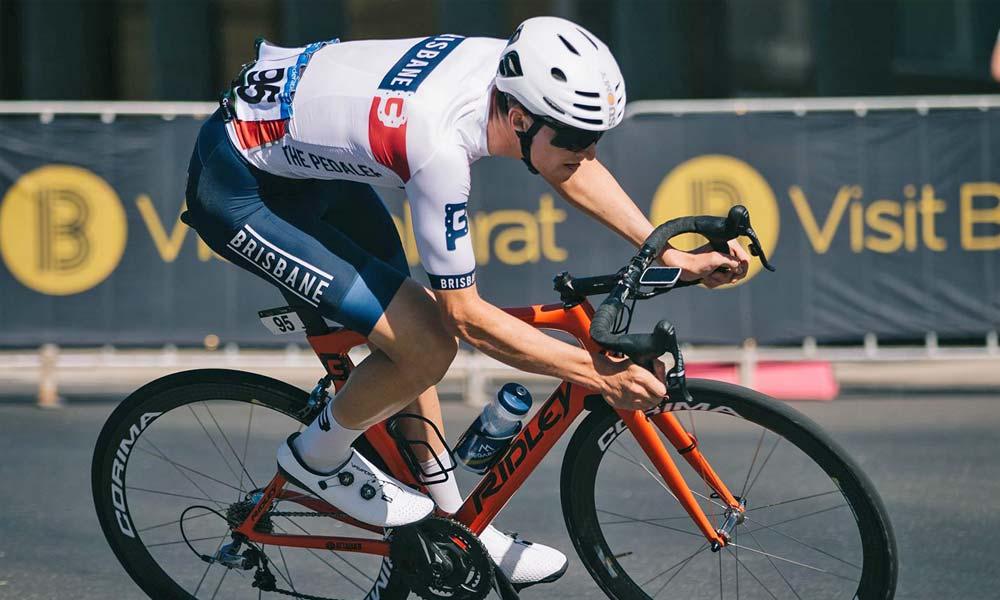 Another team for the NRS is one from the capital of Queensland that boasts the 2017 individual pursuit world champion, Jordan Kerby. We take a look at the Brisbane Continental Cycling Team.

With riders like Jordan Kerby and Nick Yallouris on the roster, it would be fair to say that this NRS team is not only good for the road racing scene but also track racing. The Brisbane Continental Cycling Team is managed by Josh Prete who provided some answers to our list of 10 questions.

This is the third part of the series that’s aimed at providing an overview of what teams are going to contest the 2018 National Road Series, a nine-race program that begins in May. 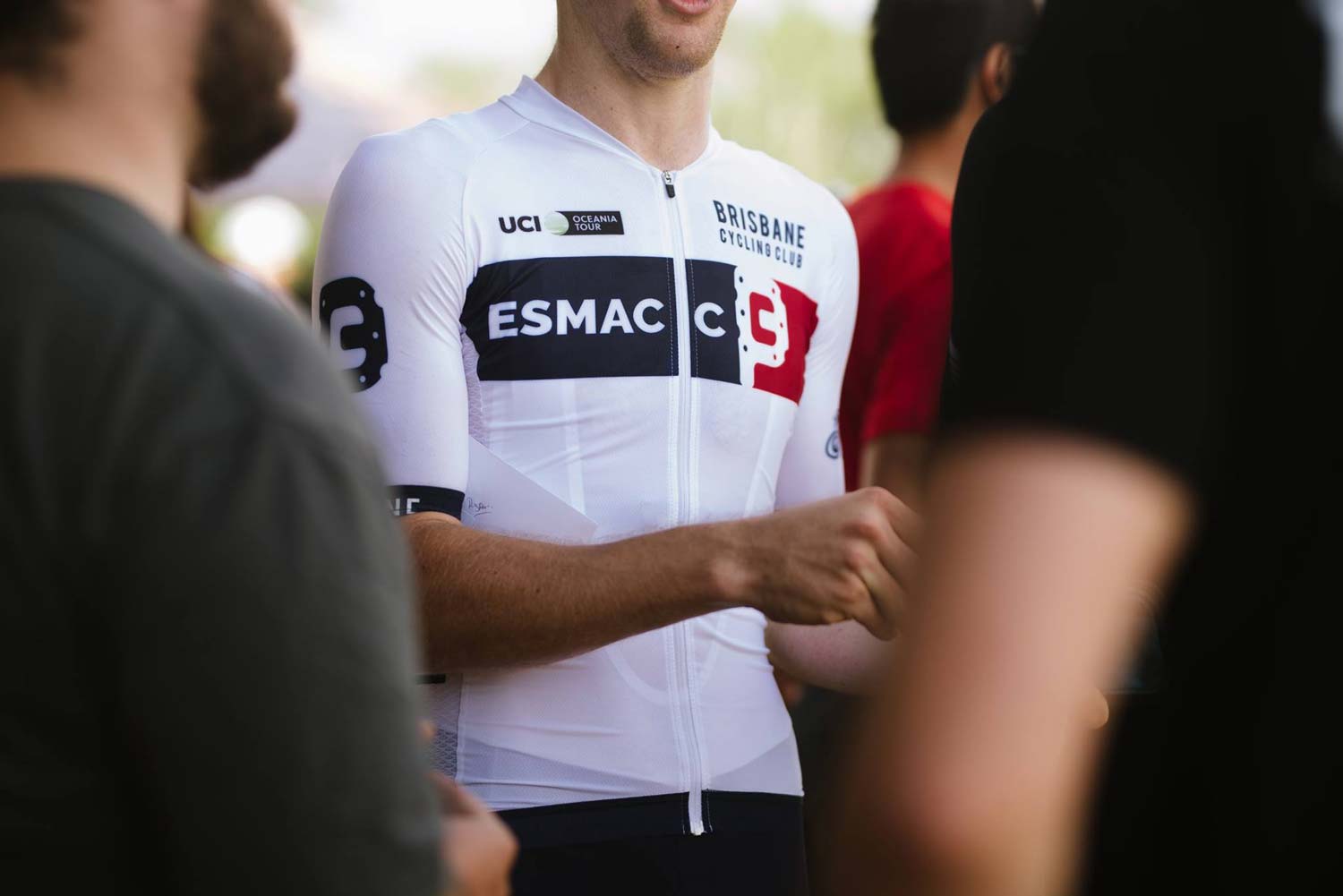 The NRS of 2018 begins with the only one-day race of the nine-event series, the Grafton to Inverell in May.

• Brisbane: “Not literally the city, but a group of businesses, individuals and groups who want to see this team take off.” 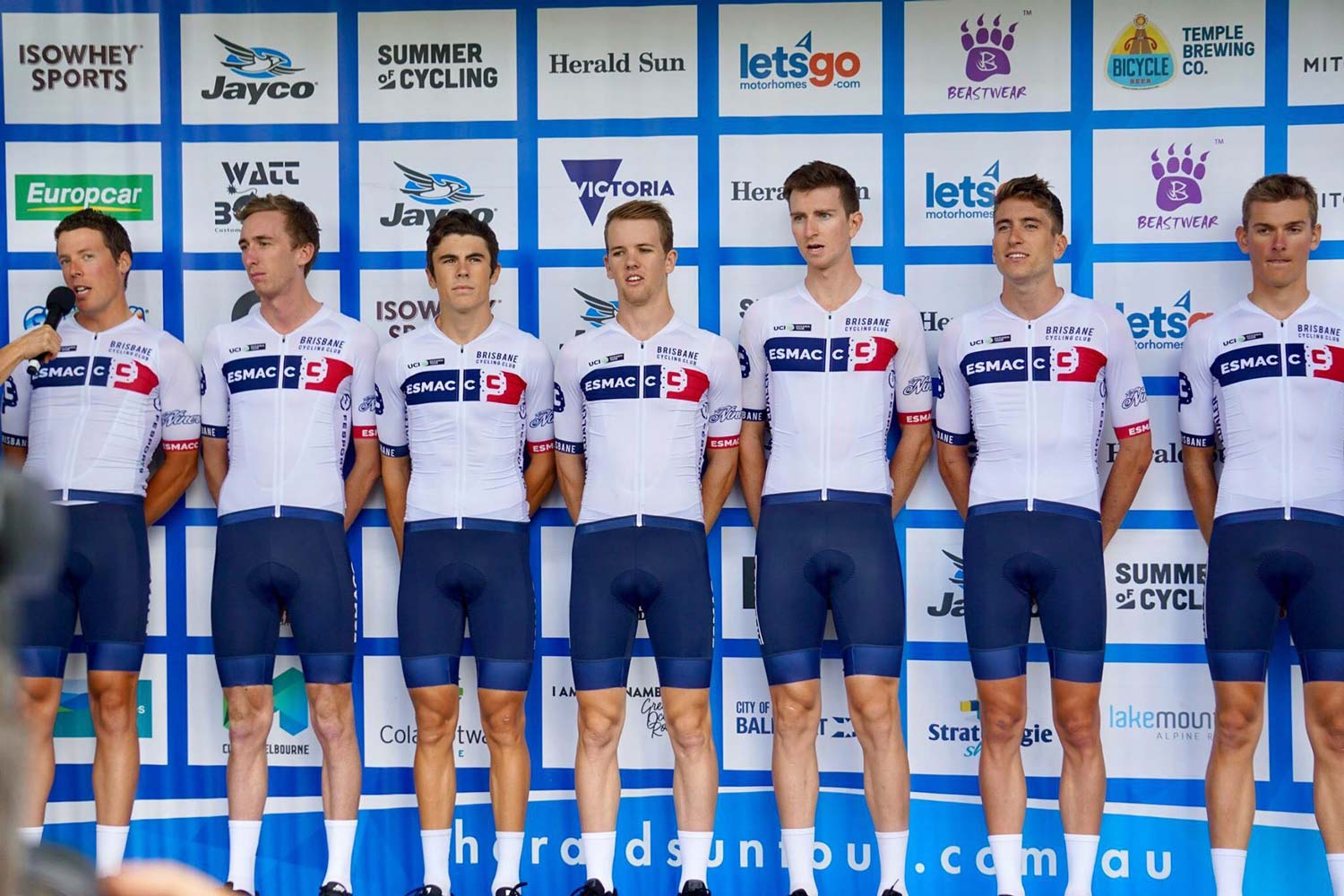 The Brisbane Continental Cycling team at the Jayco-Herald Sun Tour in 2018 (above). 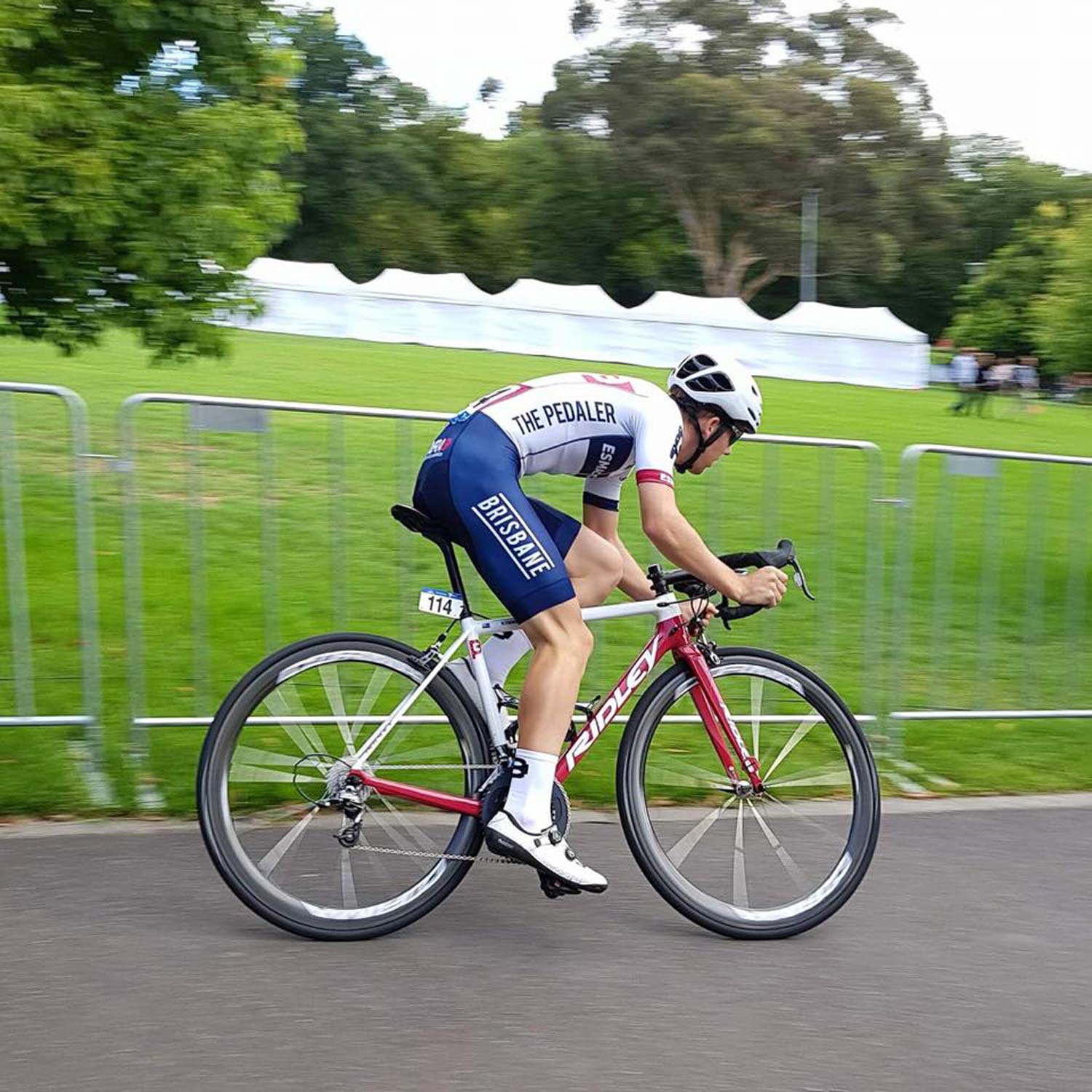 It helps to have a local, passionate cycling distribution agent in the same city and FE Sports have backed this team with frames (Ridley), wheels (Corima), tyres (Pirelli) and helmets (Suomy).

“To be a part of the development of the sport as a commercial product in Australia. We want to become a team that Queensland cyclists feel attached too and that supports Queensland talent on the road.

“To achieve that goal, I think it is important that there is accessible high level competition.

“It would be good for the greater Australian cycling community to watch the NRS with as much interest as they do the WorldTour.

“We need to give the NRS the credit it deserves as it is high level racing. Since Richie Porte, so many riders have turned professional through the NRS system, and a lot of them have become race winners at a WT level.

“I think there is too much emphasis being placed on riders leaving Australia, and it’s counterproductive to the development of our own racing scene. Europe, Asia and America all have high level and professional racing seasons below the WorldTour level.

“The NRS has to be brought to a point that it can match the Continental Series around the world. It would be great if riders from other countries began to look at our series as a legitimate way to build their careers.

“So, to answer the initial question, our main motivation of being a part of the NRS is to help create a sense of professionalism that attracts riders to stay in Australia, and also attract riders to Australia.”

“Racing: Focus on spectator experience and making an event out of the races. Kermesse style events seem like the obvious way to do this. Philadelphia International Cycling Classic is an example of a race which really showcases the sport in a contemporary sense. The Manayunk wall acts like a stadium, the riders are going slow enough up it and enough times that it draws the crowds to one spot.

“This means that local businesses know where to go to sell food, drinks and promote themselves.

“If the NRS tried to make events out of the races for the spectators, teams would have much more quantifiable data to be able to present to potential sponsors.

“Of course added coverage on TV and online will help as well, but coverage of an event that has no spectators doesn’t really look impressive or make anyone want to travel to the event, and that probably has to be the end goal for the NRS.”

“Team Support: I think that Cycling Australia should be trying to find more in kind sponsorship, to assist teams.

“If CA and the NRS were able to package together a relationship with a hotel group, airline, and even a car manufacturer it would mean that  the money that the teams raise can go directly into the riders and the sport.

“For most teams at this level to get any support from bigger companies is incredibly difficult, but CA could potentially present a compelling case for support of the NRS as a whole. For example – a package deal with Qantas for flights, plus a more rounded race calendar that can showcase tourist destinations.”

“Race Locations: The series needs to become more national, and with things like in kind support from an airline maybe the teams wouldn’t kick up a stink at having to fly to some races.”

b) The Team? Two months