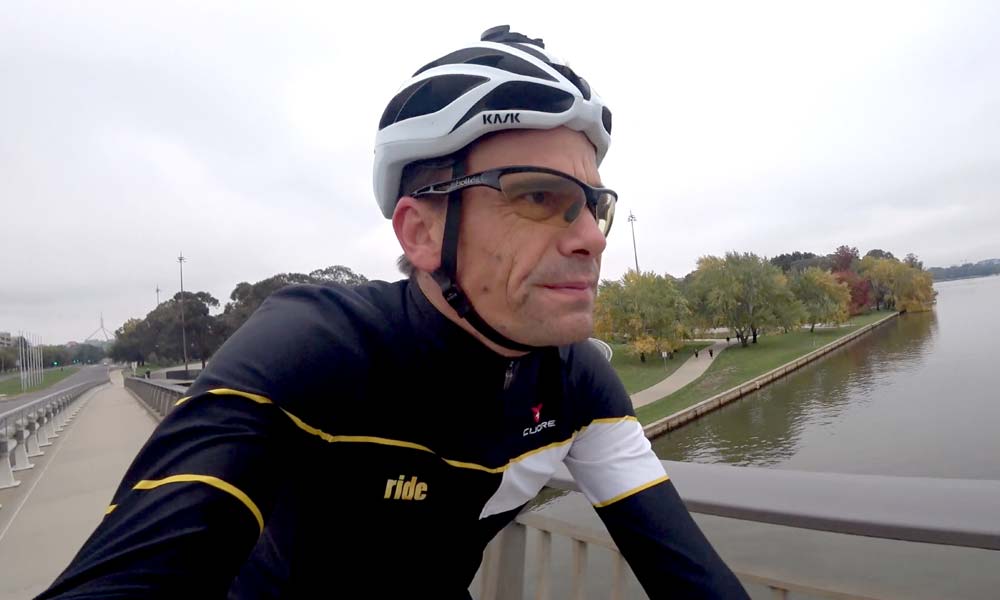 You can’t arrive at work today thinking that you can keep doing what you did yesterday.

It was a long time in the making but yesterday we issued a statement about the future of our company. The reaction was rapid and significant with a vast mix of emotions, generous and frustrated comments flowed in and it became clear that RIDE Media has an impact on our readers.

To everyone who has responded, thank you.

The compliments are, of course, well received and the queries noted. In time we’ll respond. For now the focus is on our commitment to the publication of the 2017 Official Tour de France Guide (Australian edition) and preparing to ride into the future.

The assumption from many is that we are simply stopping with the print edition of our magazine and transferring it into a digital edition.

The purpose of this note is to assure you that this is not the case.

“The nature of print deadlines is such that it feels as though we are holding something back for the sake of inclusion in the magazine, often when we’d rather share it immediately.”

The original statement outlined our news and there will be further announcements as we move forward to a different business model.

I thank you for your patience and would like to reiterate that RIDE Media is a small business, one that has been making big magazines for a long time, and it’s not possible to respond to everyone immediately.

Overnight I received many emails from readers. I’ve also read many of the comments on our social media. The temptation is to reply to them all but for now there’s other work to get on with; the Tour de France is only 65 days away and there’s a big magazine to prepare.

To our many stakeholders – readers, advertisers, contributors, cyclists and the many other groups that have helped make RIDE Media what it is in 2017 – thank you for the support.

I believe in the value of ‘The Fourth Estate’. There is enormous merit in good journalism rather than click titillation. I’ve always strived to deliver content that makes people think; not once have I shared a cat video but with the help of an impressive group of contributors we have explored some most engaging topics.

Jean-François Quenet is one of the original cohort of writers; he is one of the most informed cycling journalists in the world and it’s a pleasure to bring you his views from races everywhere.

Yuzuru Sunada and Graham Watson are two of the most prolific photographers in our sport and we have enjoyed a long association with the pair of them as they travel the world capturing cycling and reminding us of its beauty.

James Stout is a uniquely talented writer who has crafted stories about why he rides, bunch etiquette, cycling and diabetes, the influence of EPO on his sport, eating disorders and athletes, and many other topics. His take on the world is humorous, intelligent and wonderful to read.

To reference all who we’ve worked with, however, would require a much longer post than this one. And there are many names that deserve credit but you’ve seen them in print (and online) in the past and we will continue to work with them in the future.

It is clear from the comments that many of you appreciate the beauty of print; we do too and that’s why we’ve been making magazines for so long. But, as stated yesterday, we must respond to market demand and act accordingly.

There is a strong affection for the printed product and we share that passion. There’s a reason why I have persisted with paper in a digital world; it offers a tangible product, something to touch, content to consider, images to inspire, and pages to turn.

Our two young children have only ever known me to be “the publisher of RIDE”, and that’s what I am – and will continue to be. They have grown up learning to read with “the magazine that dad makes”. This makes me enormously proud.

One reader explained in a Tweet overnight: “Don’t know how to process this one. Today is my son’s 18th birthday. As long as he’s ridden a bike he’s read my RIDE.”

That’s a wild concept and a reminder of the magazine’s longevity.

It may be that we find ourselves doing special issues or other printed products but, again, “we must respond to market demand”.

RIDE is not a media empire. It is a company built on passion – a genuine love of cycling and the many beautiful things associated with it. And although I’m looking forward to a little bit of long-service leave, I’m not done with sharing my enthusiasm for riding.

We turn the page…

One chapter is about to end but another is beginning.

There are many queries about how we manage subscriptions moving forward. As stated on the original announcement:

“If you’re an existing RIDE Cycling Review subscriber, you do not need to take any action now. You will receive a letter with #RIDE76 explaining your options.” 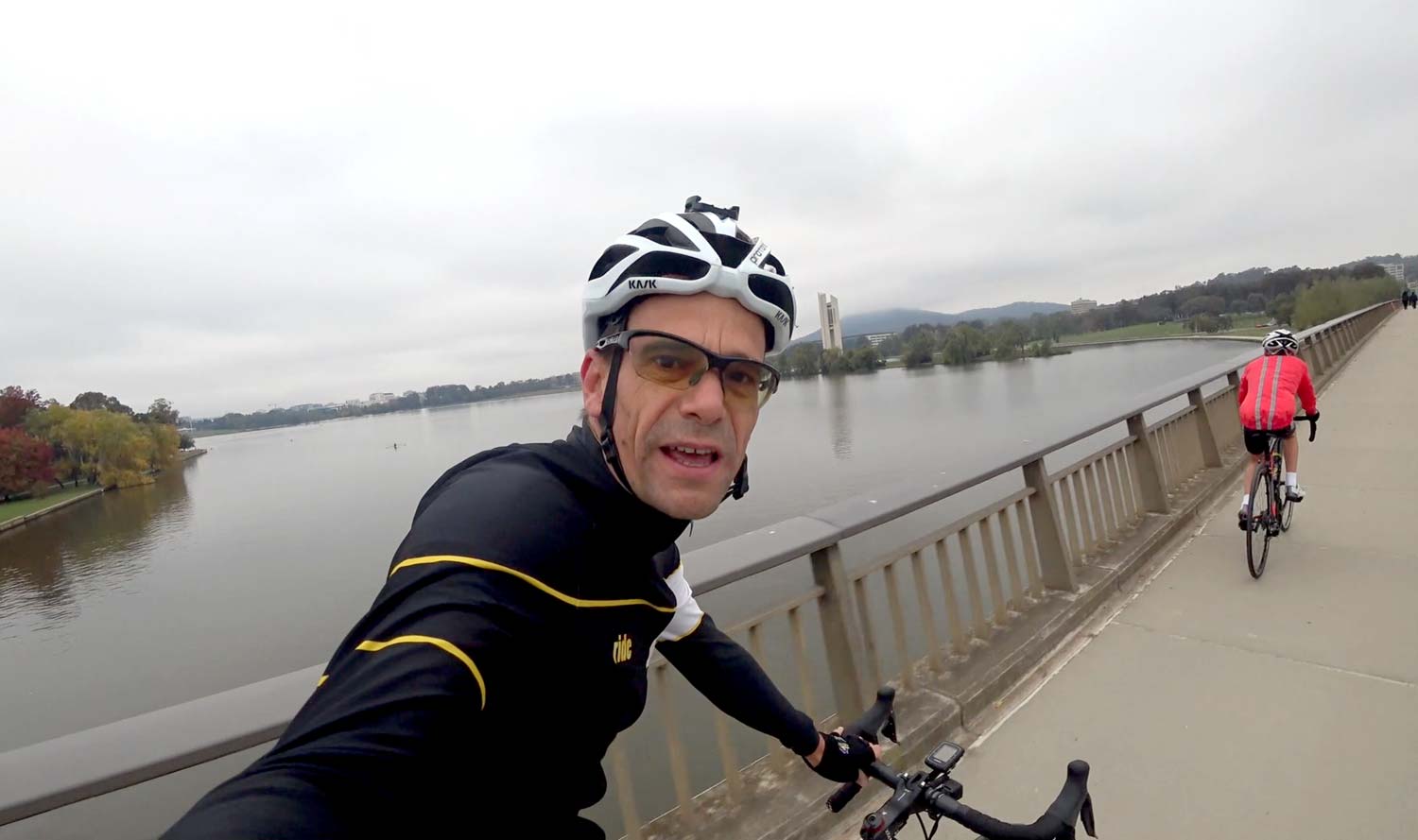 You can read the many reactions to the announcement on our Facebook page and below are a few reactions from readers overnight.

“We are in such a hurry to economise our information into 0s and 1s that we forget about the tactile rush that comes from lusting for beautiful bike stuff over the pages of top grade paper stock.

“It’s our loss: to watch another guild level craft succumb to irrelevancy when judged commercially.

“I do think it will play out that print becomes chic again; like turntables, but it will go underground for a while.

“Enough lament, now I will go ride mine.”

“We are sorry to read that you will no longer be printing the glorious glossy magazine each quarter. We have enjoyed reading it immensely and always look (and looked) forward to it turning up in the post.

“Thank you and your reporters and contributors for a fantastic magazine.

“We’ll also move with the times and read stories online.”

“That’s a real shame I always purchase your magazine from my local bookshop I love the hard version of things and after looking at a screen each day the last thing I want to do at night in my leisure time is look at another screen.”

“Old fashioned printed journals may be. But I for one will really miss getting my hard copy in the post every few months. For me it will never be the same but I guess if you don’t move with the times you will be left behind.

“Here’s hopping we all get used and love the new format (what ever that will be) becomes a classic as well. Good Luck with the changes.”

“So disappointed to hear of your decision to cease producing a printed edition. I understand we all face competitive pressures in our workplace.

“But for me this is such sad news as I feel that digital does not and never will replace a printed version.

“I wish you well but I will not be a part of your future.”

“Very sad that there will be no more ride in the printed form, I must admit you cannot replace print, whether it’s a book, newspaper or magazine.

“There is a slow renaissance back to the old with the younger folk driving vinyl record sales as they are starting to get that constant scrolling and the short attention spans of digital has it’s drawbacks.

“Thank you again, I appreciate the many fine touches you have made to the mag, details in the bike reviews, imagery and stories down to the minute detail in the paper, printing and finishes just personifies your values in showcasing our beautiful sport.

“It’s something to be proud of, not many magazines last 5 years net alone nearly 20, I understand that you are transitioning but it signals the end in how we consume media in the printed form…”

“I am a magazine subscriber and subscriber to your YouTube channel, however it is a sad day to see the magazine printing cease.

“I have only been a dedicated cyclist for a couple of years but an avid magazine reader/purchaser for decades. Like many I have probably slowed down my magazine purchasing habits to become more so flight entertainment only.

“That is until I discovered RIDE Cycling Review a few years ago. I believe it to be one of the slickest and informative publications available on the stands and always looked forward to its release. It is a credit to you and your team and I thank you for your dedication.

“Best wishes for the future.”