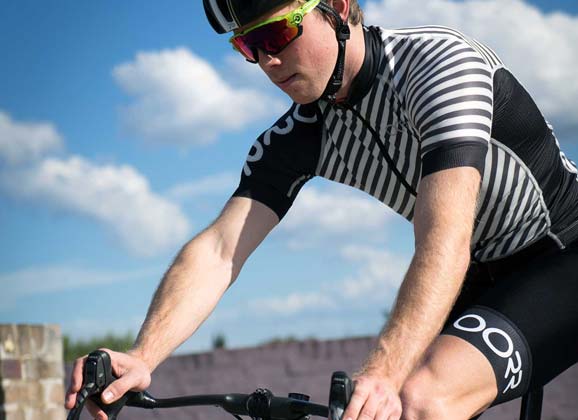 OORR – Cycling kit with a conscience 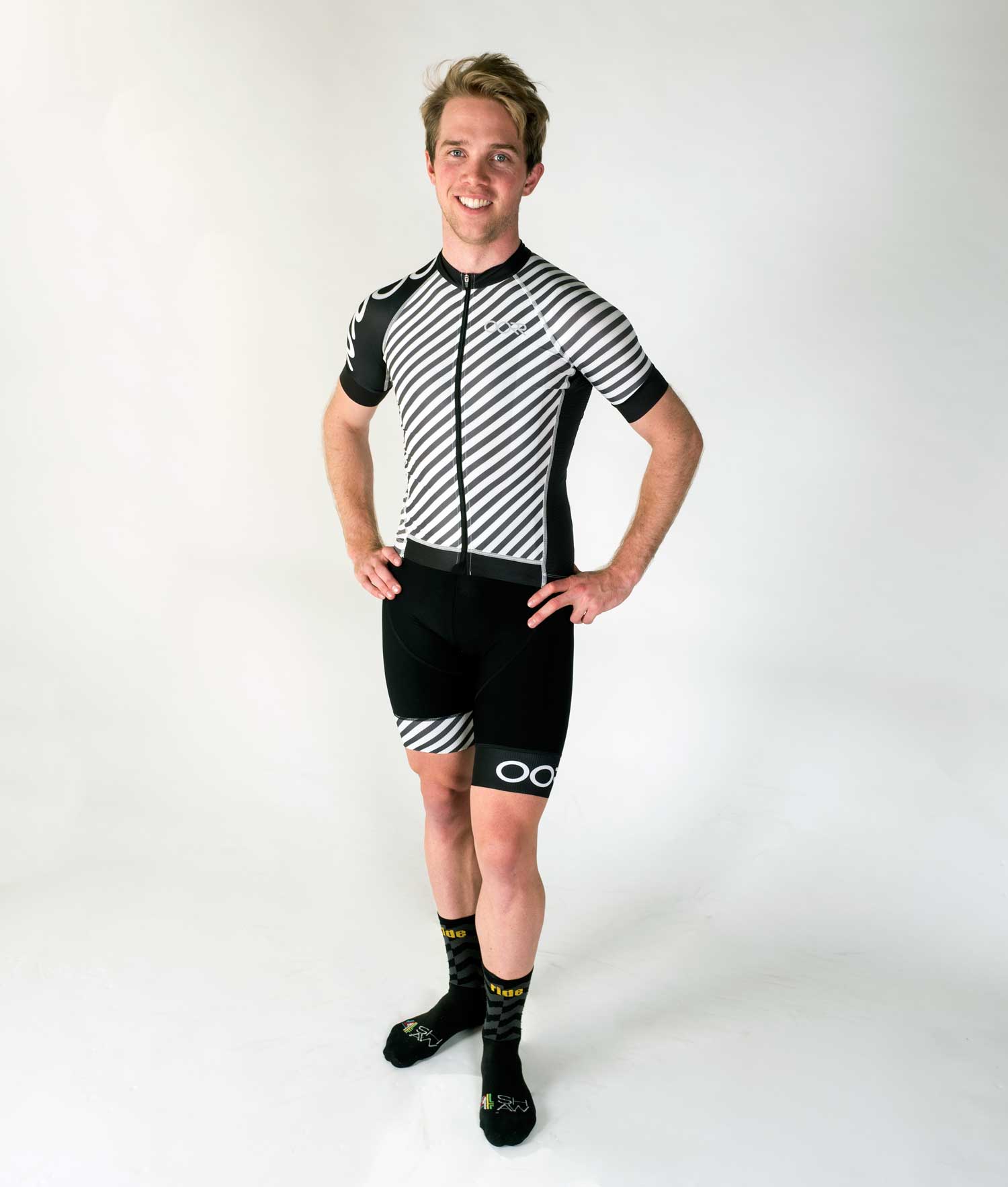 Australian brand, Out of the Rat Race, is making a concerted effort to change the way cycling apparel is manufactured. Its stylish ensembles are made from high-tech recycled fabrics and innovative materials. Over two years of research has gone into OORR’s latest range and it needs the support of the cycling public to get off the ground. Jack Lynch caught up with OORR’s founder Tim Christian to discuss his work.

Cycling fashion has exploded in the past five years. Budding designers have watched cyclists pedal in daggy fluoro jackets and jerseys with sponsor names flung on each square inch and screamed “no more!” We have seen a new generation of outfit spawn on our roads as logos have been replaced with printed designs and fluoro is used to complement an ensemble. This is largely a positive thing although a crowded market can make it difficult to distinguish one label from another.

Most new brands place great emphasis on the aesthetics of their products and the dollar margins they can squeeze out of vain zeitgeists. With the major cycling fashion players, limited runs of kits means the turnover is high and the demand is strong. Good for them, recreational riders have been able to make some extra cash through cycling kit and used it as their creative outlet and improving their Instagram celebrity – all power to them.

There is one new brand that pays little attention to profit margins and has developed a product does not cost the earth. Out of the Rat Race (OORR) produced its first jersey in 2013 and the positive momentum founder Tim Christian generated with the OORRiginal jersey spurred him to create the most eco friendly cycling kit that reduces chemical waste, has a limited impact on landfill, and emits few carbon emissions during production.

After two years research and development, OORR has come up with two great kits that are predominantly made from recycled materials. Tim Christian believes that the success of his products hinges on the public’s ability to understand that ‘recycled’ does not mean ‘inferior’. When looking at the new jerseys, it is impossible to tell that they are made from recycled polyester and coffee yarn. The knicks include a fabric OORR calls ‘Frogskin’ which is 76 percent recycled nylon and has nanoparticles that actively seek bacteria and destroy it. These nanoparticles mimic peptides discovered in rare South African frogs that live healthily in bacteria rich ponds. It was found that these nanoparticles are the shield the frogs need to survive. In fabrics, it kills bacteria and lessens the smells associated with them. Essentially, the knicks have odour control that is permanently fused to the fabric.

Similarly, the coffee yarn that makes up 55 percent of the Pro Jersey is a natural deodorant to keep the jersey fresh when riding and after hundreds of washes. The rest of the jersey’s make-up is 30 percent recycled polyester and 15 percent Lycra to achieve the revered ‘four-way stretch’. 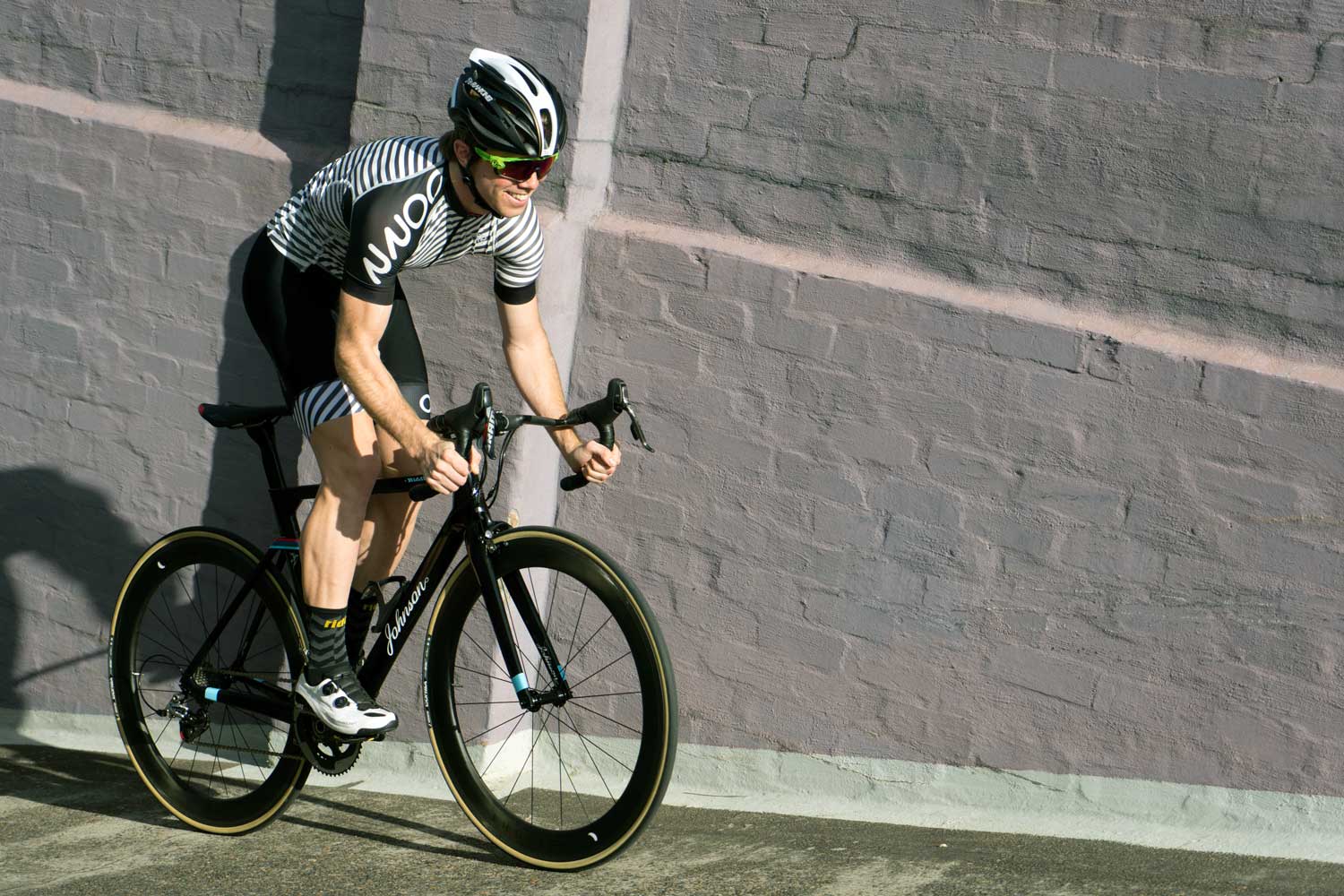 Christian set out to lower OORR’s carbon footprint by centralising the suppliers of each fabric and therefore lessening the transport of materials. He ran into trouble when trying to achieve this because there are precious few companies that can produce materials that fit into OORR’s requirements. One Italian company dismissively said that they could make an appropriate fabric if Christian ordered a minimum 50-kilometre length. This, Christian says, is enough material to produce 65,000 jerseys; maybe one day, but it’s too much right now.

Undeterred by defensive Europeans, Christian has settled on Chinese manufactures based near Shanghai with the coffee yarn coming from Taiwan which is “just over the road” according to Christian. He admits “the chamois is bought from Italy, as are a few of the elastics… it’s not all centralised but we can certainly work towards that in the future.”

Christian’s affable nature and motivated attitude ensures that there will be a future for OORR. He believes his products are for “the weekend warrior to the road racer” saying it is aimed at the higher end of the market. However, $300-400 per ensemble is not an anomaly by today’s standards and Christian refuses to operate with high profit margins. “They [OORR products] are actually cheaper than some of our higher end Australian manufactures,” he says. “I believe they probably cost a little bit more to make because of all the research on the fabrics and the order requirements.” 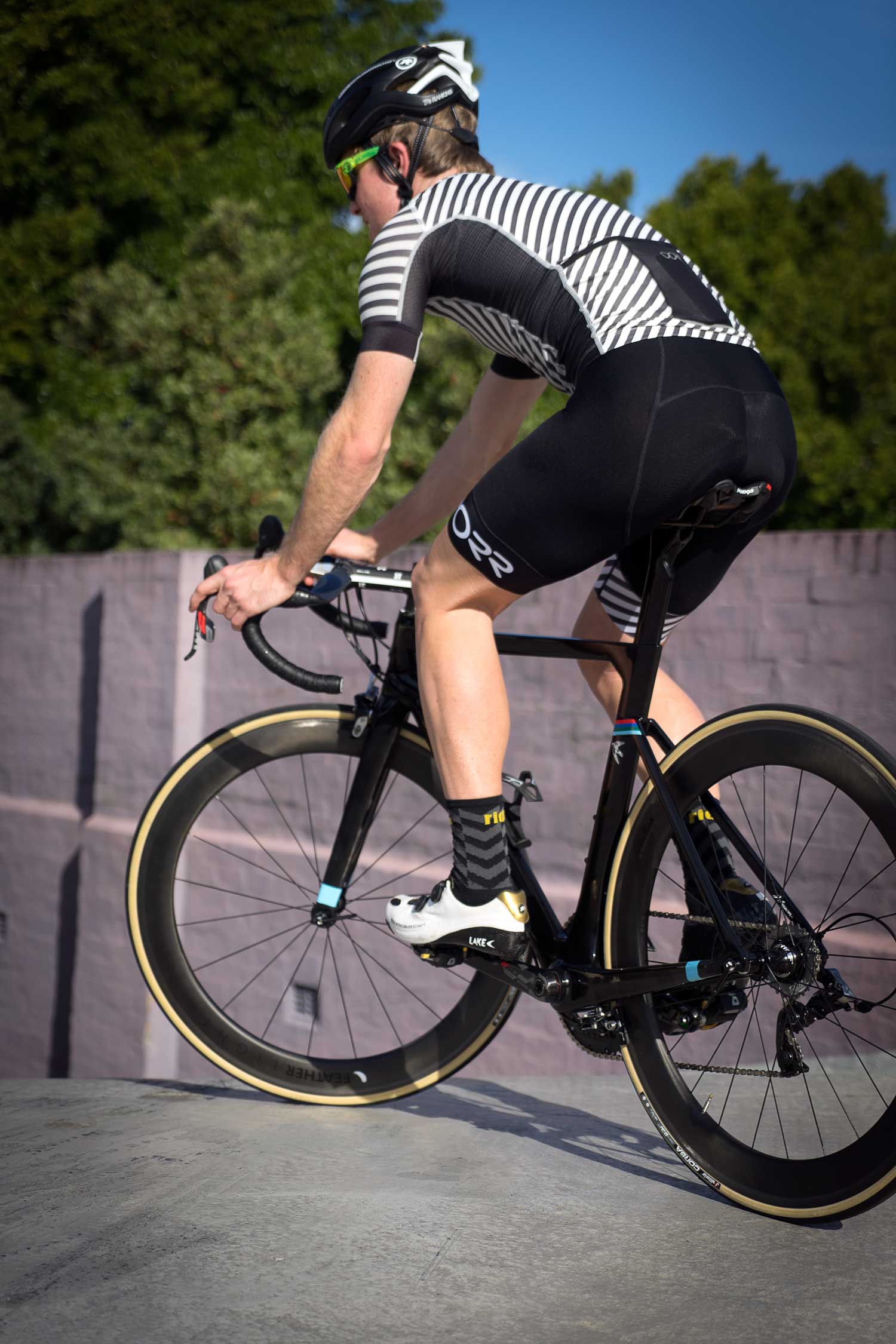 Like a company Christian would love to be compared to, Patagonia, OORR is a reluctant business that works to effect positive environmental change as well as create an enviable product line that is sought the world over. Design environmentally conscious quality products first, make money later.

OORR is a B Corporation which means it meets the B Corp standards of social and environmental performance, accountability and transparency. Some brands associated amongst the 1,800 strong B Corp community are Patagonia, Newton Running and Ben & Jerry’s. These are all companies that use their business for a force of good and OORR is the only cycling apparel listed – this is a feather in Tim Christian’s cap and justifies his efforts.

OORR is an exception to the stigma that all new brands are just cycling fashionistas trying to make a quick and easy buck. The extensive research and development undertaken to create the latest apparel enables the company to stand behind its ideals of being apparel that, “the general public aspires to wear and is proud of wearing.”

Well done Tim Christian and OORR for striving to effect positive change in an industry that is crammed with fancy emblems.