If all goes to plan, the Tour de France of 2020 will start in 100 days. The Grand Départ is near where former UCI president, Pat McQuaid, has a property that includes a holiday lodgings business. RIDE Media asked the Irishman for a ‘local’ perspective of how things are looking in France as the start of Le Tour draws closer.

“As a resident in France, with a little tourism business, I am watching closely the political decisions vis-à-vis COVID-19,” says Pat McQuaid in May 2020. The 70-year-old will celebrate his birthday on the day of stage eight, when the Tour de France peloton is due to race from Cazères-sur-Garonne to Loudenvielle.

Between the start of the Tour in Nice and the Pyrenees, there are seven stages that trace a path slightly to the north of McQuaid’s property, La Bastide de Correns, which is located to the north of Toulon, and about halfway between Cannes and Marseille.

McQuaid was the president of the UCI between 2005 and 2013, following the reign of Hein Verbruggen and before Brian Cookson’s brief tenure in charge of cycling’s governing body.

Almost seven years after his exit from the UCI, McQuaid still follows cycling closely and is even known to offer a few comments about the sport that underwent dramatic changes during the time he was in charge.

Earlier today, he posted a screenshot of a cycling website and questioned the content, wondering if it was valid to be reporting on Lance Armstrong, Jan Ullrich and Rudy Pevenage.

“Does this screenshot taken today,” he wrote on Facebook, “reflect our sport in 2020?”

And then he offered his appraisal: “I say it doesn’t.”

He referenced the span of years since Lance, Jan and Rudy were associated with the sport and expressed frustration that they continue to attract headline attention in 2020.

He then added: “Cycling, and its stakeholders are, like all sports, suffering greatly from the COVID-19 pandemic and cycling, more than most of the other sports, relies heavily on sponsorship to survive.”

It’s one example of how McQuaid still likes to chime in to the commentary about a sport he has long been passionate about but, these days, he is happy watching cycling from afar and concentrating his energy on La Bastide de Correns. 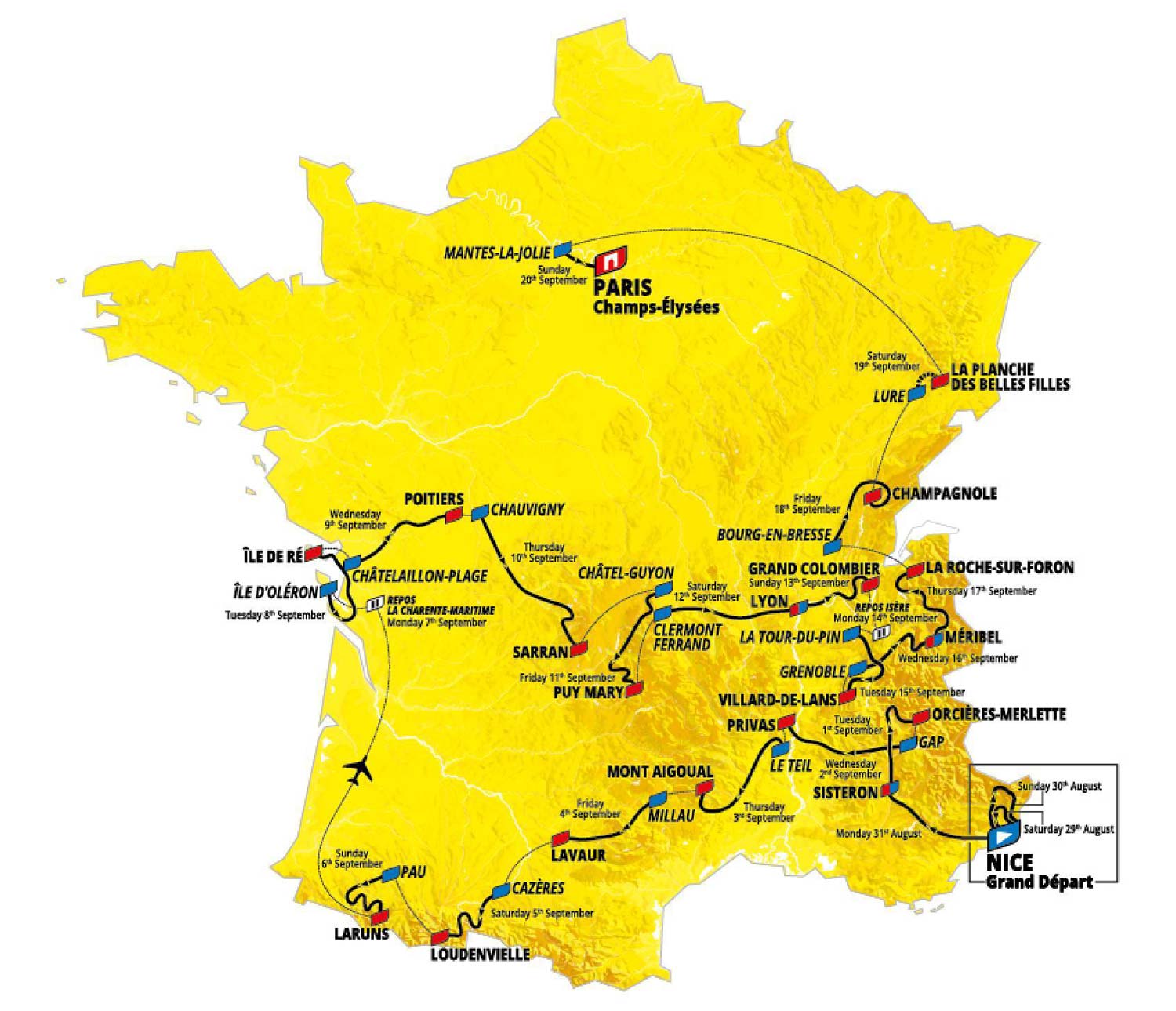 He is out of the cycling spotlight but McQuaid is well connected because of positions he’s held in the past; he understands politics and also French culture, so RIDE Media asked for his appraisal on how he imagines the Tour de France will play out in 2020, with a start that’s already been delayed by 63 days (from the original plan).

The route this year is entirely within the confines of France and, McQuaid says, there’s a commitment to getting the French economy moving again… and tourism is a priority.

“The French government seems determined to kick start its tourism industry for July and August and allow initially French residents and subsequently foreign visitors to move freely around the country,” says McQuaid.

As of today, France has recorded 28,025 deaths from the pandemic, with only the USA, UK and Italy suffering more casualties. There have been 180,933 positive tests for COVID-19 in France but restrictions are slowly being eased and that gives McQuaid hope that the Tour of 2020 can indeed go ahead as per the revised dates that were announced on 15 April.

“I think the tourism kick-start will happen,” says McQuaid, “and as such I could envisage the Tour taking place.” There’s optimism but, as with almost everything this year, it carries a caveat. McQuaid adds: “I think it will be somewhat nail-biting in the weeks and months between now and the new start date.”

The Tour is more complicated to organise than many other sporting events. There are multiple locations and an entourage of thousands who need to be on hand to ensure the smooth running of the race. It is complex in an ordinary year so the challenge will be multiplied in 2020, because of the pandemic.

There is talk of establishing a quarantine period for potential starters in the weeks leading up to the start in Nice on 29 August. For the moment, that’s little more than a rumour as formal details on how the Tour of 2020 will proceed are yet to be announced by the race organisers, ASO.

There is strong agreement that the Tour de France should take priority on the revised pro cycling calendar and there’s a very real prospect of racing resuming soon but the aesthetic of any competition that does go ahead this year is likely to be unfamiliar, especially for an aficionado like McQuaid.

“I think that if the Tour does take place, it will certainly be different to what we are used to and it may be somewhat unattractive to the live public audience at starts, along the route, and at stage finishes,” says McQuaid.

In the Irishman’s appraisal, “Fans will be encouraged to stay at home and watch the race on TV. This will obviously affect the ‘look and feel’ of the race on television and extend – in some way – to the competitors. This, in turn, may also affect the TV experience.”

McQuaid concludes his overview of the upcoming Tour with a personal anecdote about how different the race will be for him this year. “Ordinarily,” he says, “I would have travelled down to Nice – about 100km from my home – for the Grand Départ but now I may just stay at home and watch it on TV. It’s certainly going to be different.”