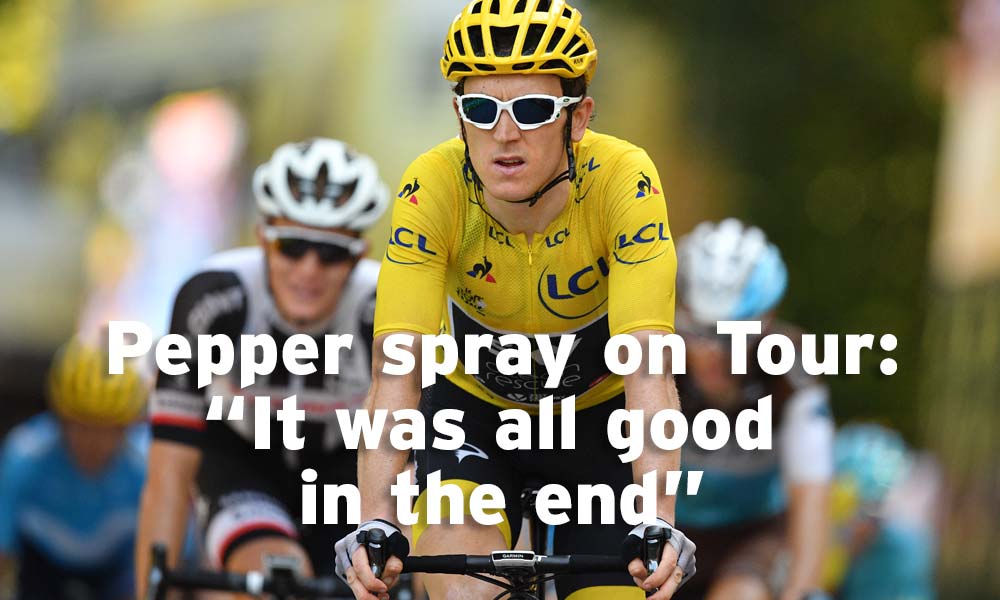 Riders and staff who were affected by the pepper spray in stage 16 believe that the police and race organisation “dealt with it very well in the end”.

“Obviously the race dealt with it the best they could,” said Dan Martin about the incident that involved protesters early in the 16th stage of the 2018 Tour de France. The Irishman who sits in 10th overall seemed to find the whole ordeal more of a novelty that something genuinely upsetting. He managed to find a positive from the negative situation: “There are always new experiences on the Tour de France,” he smiled, “but that’s not one I expected to get this morning when I woke up…

“I didn’t expect to get hit by pepper spray.”

Protests at the Tour de France are not a new concept but this is the first time anyone can recall that pepper spray has been employed to deal with the demonstrators.

Martin was not alone in his praise of the way it was managed, and it wasn’t just the riders who were affected – and, obviously, the protesters – but also those following the race in team cars.

“The police did a great job,” said Team Sky directeur sportif, Nicolas Portal. “To make sure they could move the protesters on, they needed to use a gas. It’s something that can be really irritate the eyes and throat.”

It happened on an open road and one thing that added to the drama was the fact that the spray spread well beyond the intended targets. “The wind was blowing,” explained Portal, “and all the gas [blew] onto the riders.

“Obviously, I think everything was fine in the end but it was a problem for everyone.”

Portal admitted that he also felt the sting but that it was more of an irritation than genuine pain and, like Martin, he said the sensation abated within a few minutes.

“We dropped down the window quickly because we had some issues with some spectators – obviously,” he added with a grin, “being in the [Sky] car.

“We got the gas inside the car and you quickly feel it in your eyes and throat. It was irritating me quite a lot in the car, so for the riders it was pretty strong.” 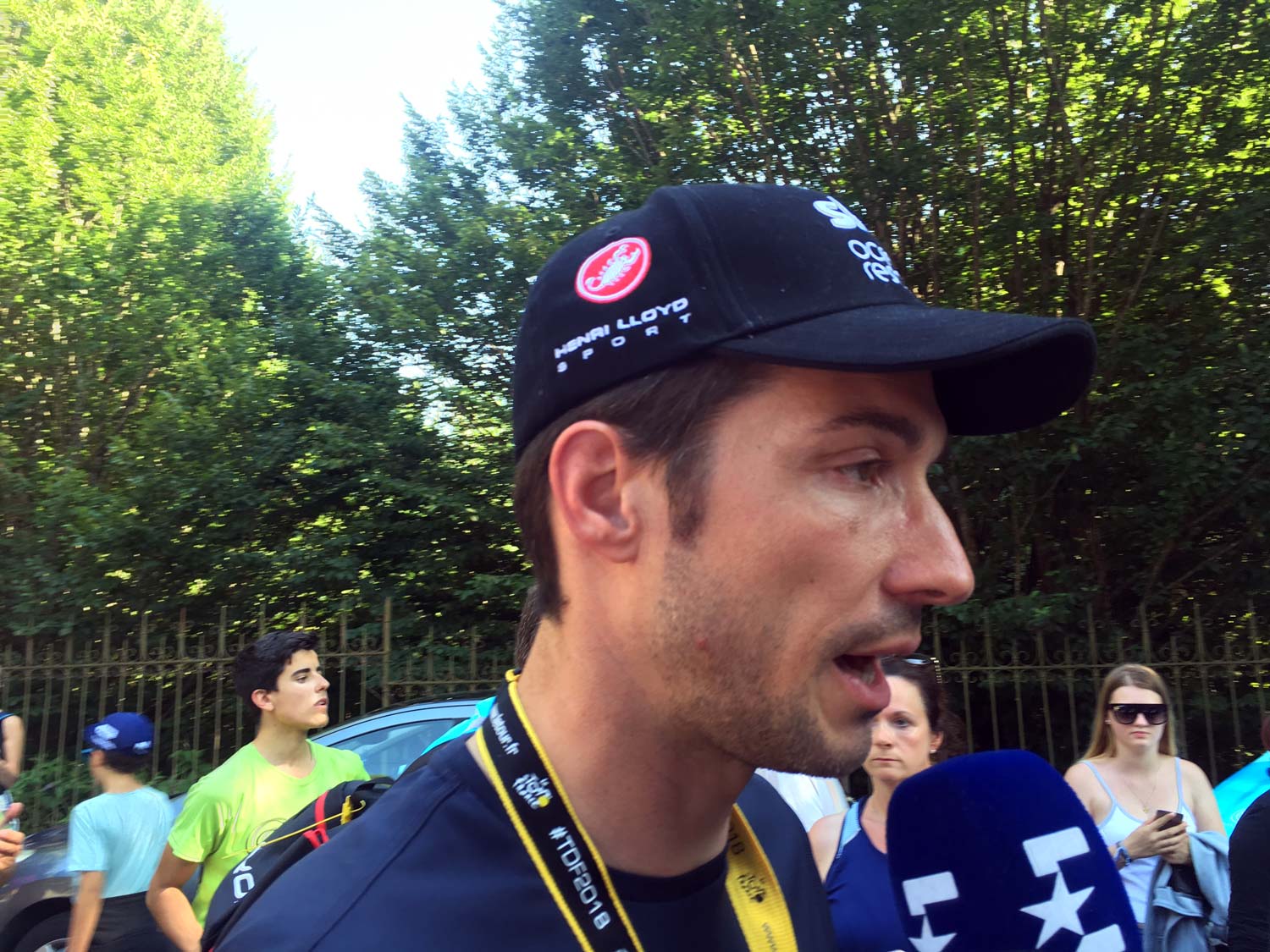 Nicolas Portal after stage 16 (above).

The race leader, Geraint Thomas also largely brushed off the incident, stating that it was managed quickly and effectively. “It’s certainly unfortunate,” he said. “[The pepper spray] was still lingering around when we went through.

“But I was lucky. I could feel something in my eyes, and a little tingle in the back of my throat so I used some water and had a bit of a wash and rinsed my mouth out… it didn’t seem to affect me too much. It was all good in the end.”

Martin couldn’t explain exactly how long the affect lasted but he concluded his chat about the incident by reiterating his praise for the way the protest was managed. “I felt it for a while, quite a while,” he said, while cooling down outside the UAE Team Emirates bus. “It’s hard to say how long because you get back into the race and adrenaline takes over.

“It’s a bit out of the race’s control.

“It’s nobody’s fault, is it. And I think they dealt with it very well in the end.”