Performance and wellbeing: how do we build a system that delivers both?

As the search for a new high-performance director at AusCycling continues, there is an opportunity for a wholistic change for how cycling is managed. So, what should the goal be as we ride into the future? Andrea Wooles* offers an overview of what the focus of elite sport could look like.

The Tokyo Olympics feels like a tipping point towards mental health and wellbeing in sport being taken seriously. However, addressing athlete wellbeing without addressing the system that damages it is useless. It is the top end of the system – the measurement metrics set by governments – that is the root cause of the issues. The measurement of success by medals only has led to a system that emphasises performance over health and ruthlessness over compassion.

The system, and therefore the people leading it, are primed to care about medals more than people – if the focus is shifted towards people, there are cries that sport is becoming “soft”. First of all, caring about people is not “soft”. Compassion is defined by Goetz et al as “the emotional response to another’s pain or suffering involving an authentic desire to help.”

If an athlete’s pain and suffering is negatively affecting their performance, compassion may support optimal performance much better than ‘HTFU’ – a common motto in sport, standing for “Harden The F**k Up”, or “compassionate ruthlessness” (often lacking compassion in reality). Making sure athletes and staff are healthy mentally as well as physically is not just the job of the sport psych – you can’t delegate one person to deal with every negative emotion felt by team members (although this happens).

Trzeciak, Roberts, and Mazzarelli (Trzeciak et al., 2017) proposed that there is a compassion crisis in health care, and that compassionate care is “beneficial for patients… healthcare systems and payers… and healthcare providers.” I propose that there is a compassion crisis in high-performance sport – unintentional, perhaps – set up by the way funding success measures are established. I propose that compassion in sport would be beneficial not just for athletes, but for staff, leaders, and the system as a whole. 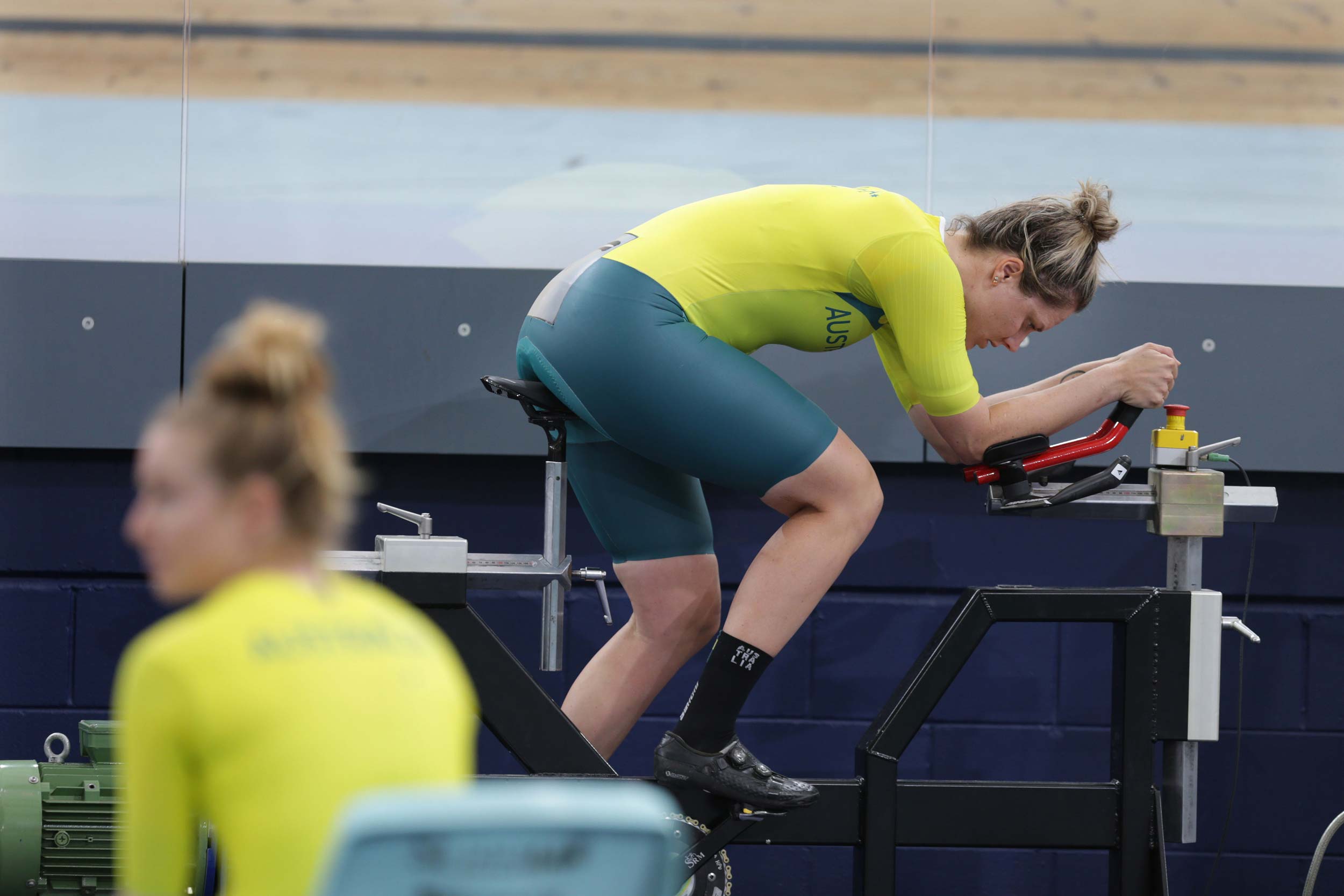 Ash Ankudinoff hopes to continue a career in cycling when her racing days are over. Will the former world champion form part of AusCycling’s new coaching network? (Photo: John Veage)

The focus is on sustaining an organisation’s funding, rather than on sustaining and athlete’s ability to continue pursuing their sport. As such, athletes face a constant pressure to “prove it or you’re out”, which pits them against their team-mates for selection. They have no stability, psychological or financial. There is no accounting for natural ebbs and flows of physical and mental health – only a physiological accounting of work versus recovery.

How did high-performance sport develop into a breeding ground for negative cultures? Funding structures are the real issue – funding goes to “systems”, and is aimed at “targeted athletes” and events. The system is supposed to pump out successful athletes over and over as an indication of its strength. People imagine a production line that starts eight years before a predicted medal, and churns out robotic athletes who perform on demand every time. But even the most committed, driven, gifted athlete will never be an automaton.

Every nation’s sport system is different, so there isn’t a “one size fits all” answer. The overarching theme is the same, though – the evaluation criteria for success of the system must be expanded to include wellbeing measures. It’s not results or wellbeing, it’s results and wellbeing!

At the moment, the organisations that distribute the funding on behalf of governments have their success measured largely by Olympic medals (and Paralympic gold medals – that’s a topic for another time). That means those organisations have to try to give out funding to maximise the chances of medal-winning performances.

If you have been paying attention to the approach to sports funding taken by some countries, some questions are likely to emerge. Why, for example, were there so many female medallists from Canada in Tokyo and hardly any men? It comes down to the women’s events being well funded, and many of the men’s events not being funded at all. You get what you pay for.

To follow this stream of funding down to the National Sports Organisations, they are required to spend this funding on only those athletes and events that are officially targeted. They are being measured, like the rest of the system, on medals. But they are not able to build a solid structure to support their athletes throughout their career, because funding shifts depending on who is in the system and how much “medal potential” they have – this is often measured by their performance at world championship level.

Compare that system to one that would support wellbeing and mental health in the athletes and staff of national teams.

A “results and well-being” system would:

Selection criteria may be clear and transparent, but selection processes are fraught with emotion and need to be handled carefully. 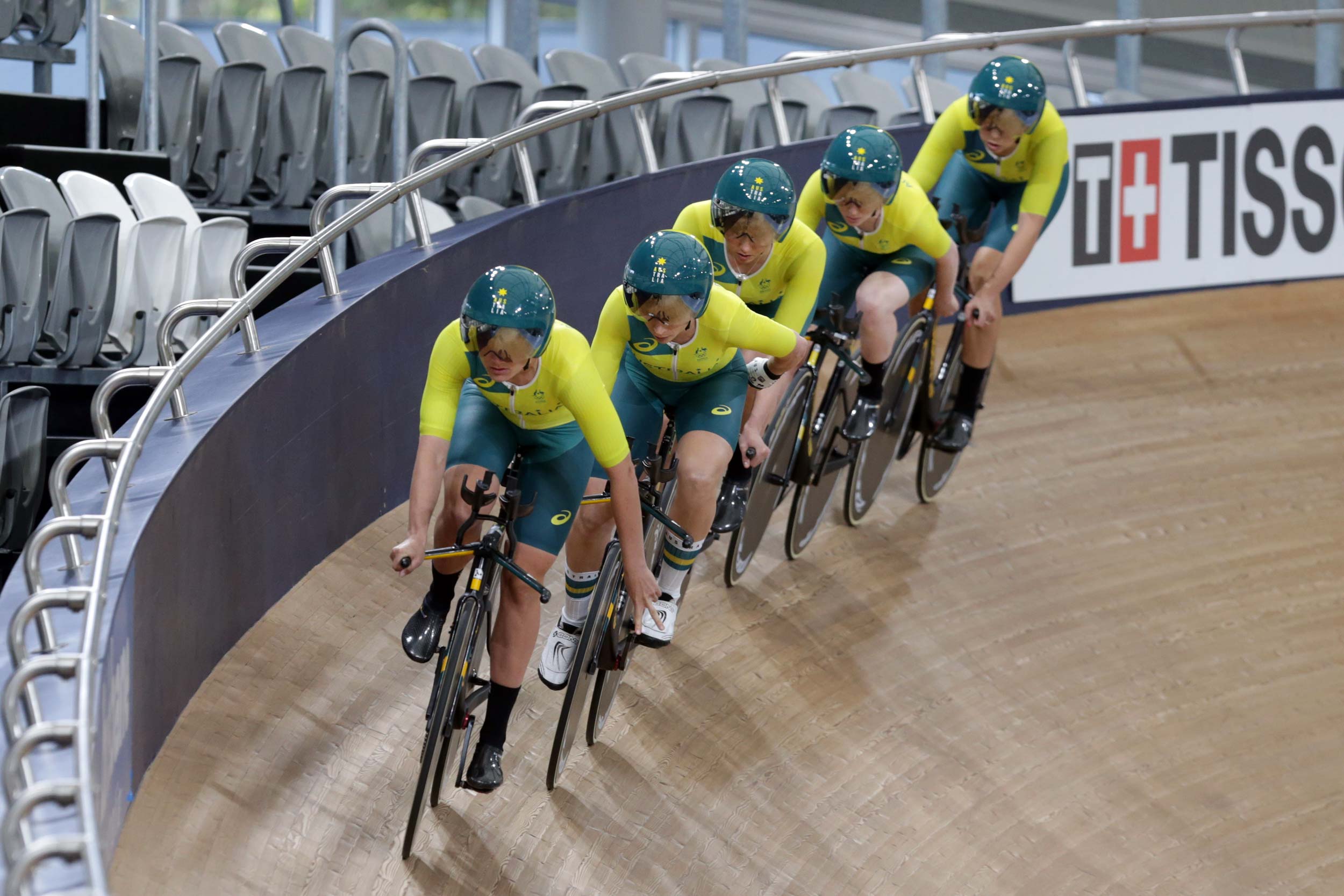 The team pursuit has long been an obsession of Australian cycling. Is this approach likely to continue when AusCycling appoints its new high performance director? Time will tell. (Photo: John Veage)

How do you measure wellbeing?

One way to improve the system would be to include athlete and staff questionnaires in the annual review process, that go directly to the funding agency and bypass the national sports organisation entirely. Normally, I would suggest anonymous data, but in this case any concerning reports need to be followed up – and you need to know who to follow up with. It should be run as a proactive whistle-blower procedure, with all of the appropriate safety and confidentiality guarantees.

We’ve seen in multiple sports around the world that the funding agencies don’t have a way of knowing how things really are in each sport – they deal solely with management, and don’t have a direct connection to the athletes or staff. They are the ones with the duty of care to make sure the national sports organisations aren’t harming people, and they need the tools to do that.

Shifting the assessment of success could create cultures where national teams from all sports have a financial incentive to build compassion into their systems – but we need the change to come from the top. 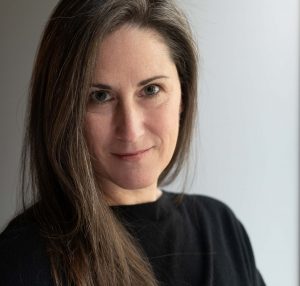 Andrea Wooles has worked in cycling for most of her 20-plus year career in sport. After graduating with a Master of Science in Exercise Physiology, she moved to Wales and worked for the Great Britain Cycling Team from 2000-2005. There, she worked with the likes of Peter Keen, Chris Boardman and Steve Peters.

Wooles co-developed the SRM static calibration method, dealt with the heat in Athens, tested un-stretchable rubberised skinsuits, and ran more tests to exhaustion than she can count.

She worked as a consultatnt for a few years while tiny people ruled her life, during which time she wrote an absurdly long SRM power meter manual and did projects for other sports. She then worked as the Science, Medicine, and Innovation Manager for Cycling Canada for 10 years.

Many years of seeing the impact team culture has on performance led Wooles to complete a Certificate in Organizational Coaching, and she is now the Safe Sport Manager for viaSport in British Columbia, where she is excited to help make sport not suck.