Phone detection cameras to be used on NSW roads

Starting on Sunday 1 December 2019, NSW drivers risk being fined in a new scheme introduced in an attempt to minimise phone use by drivers while in control of a vehicle.

No call, message or alert is important enough for it to be the cause a distraction that could cost a life. This is a cold, hard reality that some road users ignore because of the temptation to use phones when they’re driving or riding. And it’s the reason why cameras will now be used to capture people during the moment of their crime.

It’s likely that new cameras that have been used throughout 2019 will generate significant income, but this isn’t – as some would like to suggest – about revenue raising. It’s about enforcing a law that is often largely ignored, with devastating consequences.

Rebecca Lowndes, the sister of Jason Lowndes who was killed by a distracted driver almost two years ago, offered a statement during a hearing for the driver responsible for her brother’s death.

“It’s been a testing time for our family,” said Rebecca Lowndes at a sentencing hearing for 22-year-old Billie Rodda, who was driving at “between 80 and 100km/h at the time of impact” with Jason.

In October, Rodda pleaded guilty to driving in a dangerous manner causing death. She was texting. She was distracted. And, obviously, it should never have been that way.

“We must do what we can to prevent other people from living through this nightmare,” said Rebecca Lowndes.

Rodda will be sentenced next month in Victoria.

Meanwhile, in NSW, there has been a significant trial of new road safety cameras which are said to be able to capture images of phone use while people are driving or riding; it works in day and night and it will soon result in penalties of up to $457 (in school zones) and five demerit points. 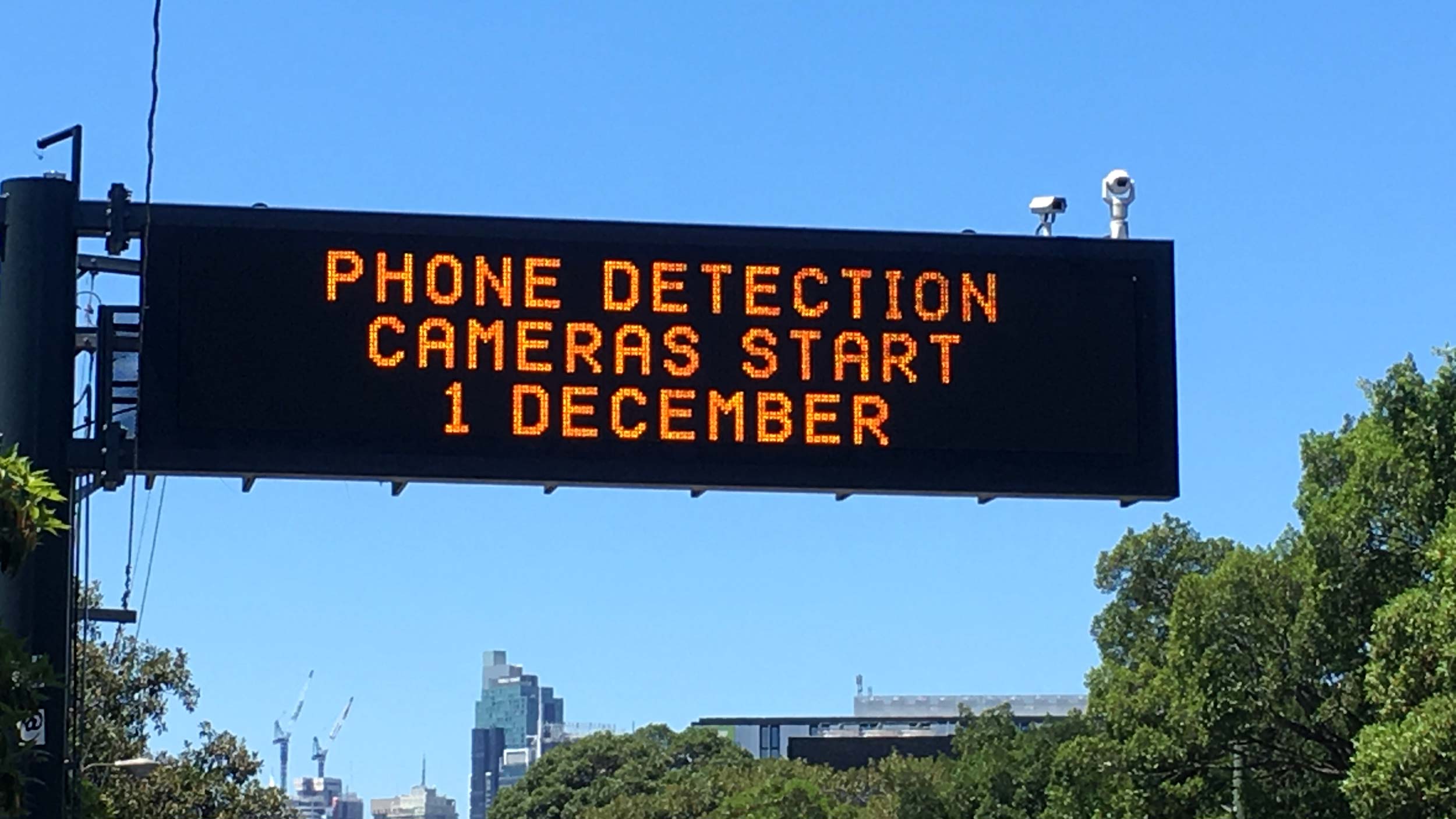 If you’re like me and often ride on city streets, you’ve probably seen plenty of instances of stupidity by motorists and cyclists alike – road users putting themselves and others at risk.

Consider the last time you rode past cars queued at a red light. Did you look into the windows? In that line up, was someone using their phone?

The second question is almost rhetorical in 2019. It’s now so common, you could be fooled into thinking it’s okay, that it’s legal.

There are obviously many people who believe that if they don’t get caught, they’re not breaking the law; at almost every intersection in Sydney you’ll find someone dialling, texting, checking their status update, or perhaps even swiping left or right.

Whatever they’re doing with the phone, it’s compromising their focus on other tasks – like concentrating on road conditions and others in traffic. And, like it or not, the act of holding the phone is illegal while driving.

“Get your hand off it,” says one campaign. But it’s obvious the message isn’t getting through. And so, the NSW government is responding by introducing new tech in the quest to eliminate – or, at the very least, reduce – the use of phones by road users.

For three months from the coming Sunday, if you’re caught using your phone while driving by new “road safety cameras” installed around the state, you will receive an official warning letter… but not a fine, not yet.

Once penalties are applied, from 1 March 2020 onwards, the fines are significant (and so too the demerit points) for those who are caught.

The cameras were tested on NSW roads from January to June this year and over 100,000 offenders were photographed “using their phones illegally”. They escaped fines and didn’t even receive a warning letter, but these culprits also confirmed that there is a strong need for new initiatives that are designed to stamp out this dangerous habit.

Those who suggest it’s purely ‘revenue raising’ obviously don’t live with the consequences of what can happen when someone is using their phone while driving.

And that’s a conservative figure for the potential revenue from a period of just six months; sufficient, we can assume, to cover the cost of installing and maintaining the cameras.

Obviously, if people adhered to the law and didn’t use their phones while in command of a vehicle, these measures would not need to be considered. But existing behaviour suggests there’s still a need for a better method of policing.

(And, of course, if no revenue is raised from this exercise – ie. if people just stopped using their phones when they shouldn’t be – it would be the best outcome.) 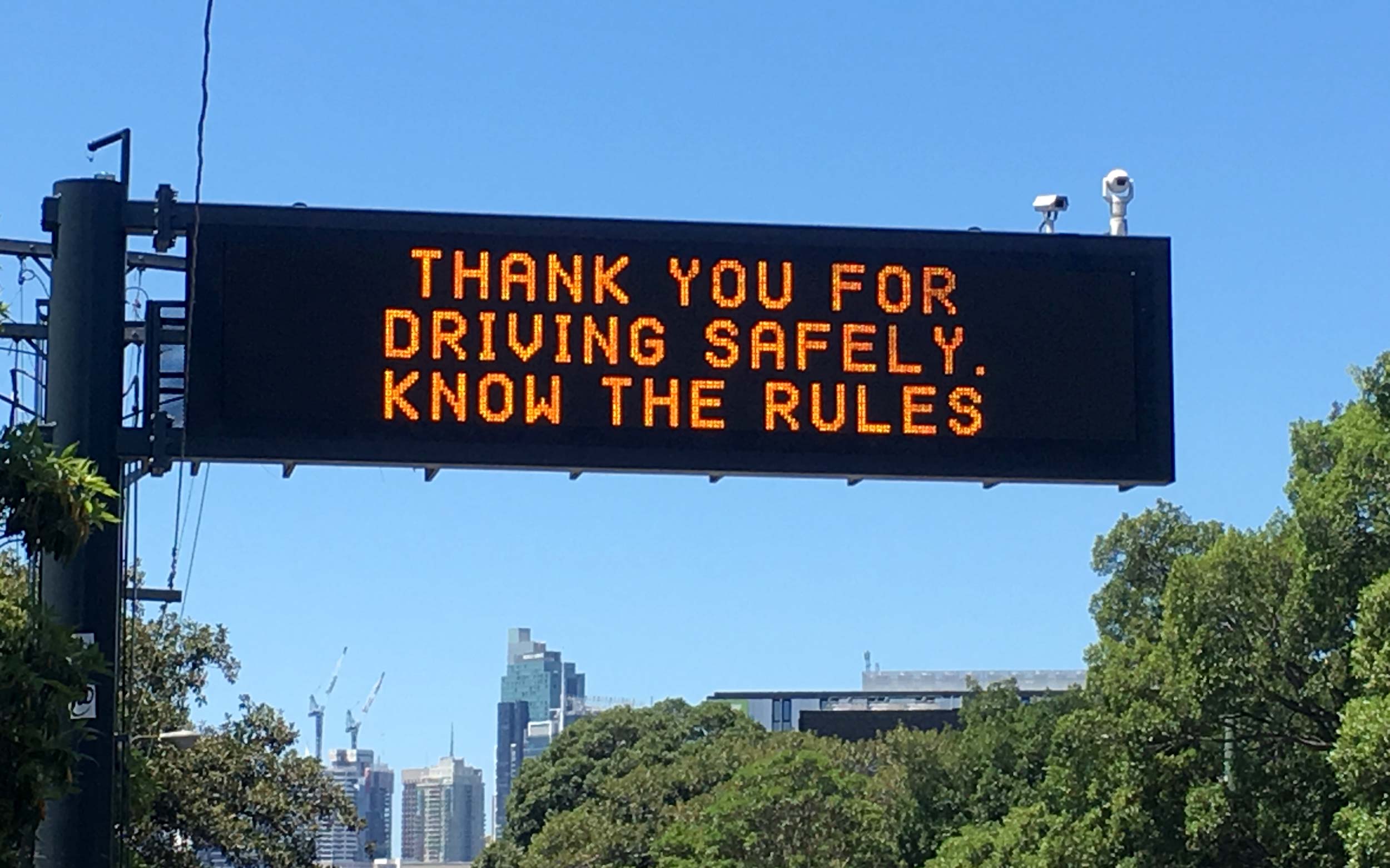 “The system uses artificial intelligence to automatically review images and detect offending drivers, and to exclude images of non-offending drivers from further action,” comes the RMS explanation of how the new system works.

“Images that the automated system considers likely to contain a driver illegally using a mobile phone are verified by authorised personnel.”

What happens next is anyone’s guess. There are myriad laws in place to try and make conditions safer on our roads, but it doesn’t mean they are adhered to.

We’ve seen legislation introduced in an attempt to make things safer for cyclists but there is a negligible number of fines issued for motorists who ignore the minimum passing distance rules introduced in most Australian states in recent years.

There are speed limits in place and cameras installed to police this simple rule, and yet people still go faster than they’re allowed… and they often get away with it.

It’s been illegal to use your phone while driving or riding for years, but people are still doing it – and the outcome can be lifechanging, just ask the Lowndes family or even Billie Rodda.

Having laws in place is one thing but enforcing them isn’t always possible.

The phone detection camera trial is almost over and it’s about to get real. Penalties will soon be applied to those caught in the act of doing what they shouldn’t be doing. And hopefully that will make the roads a safer place.