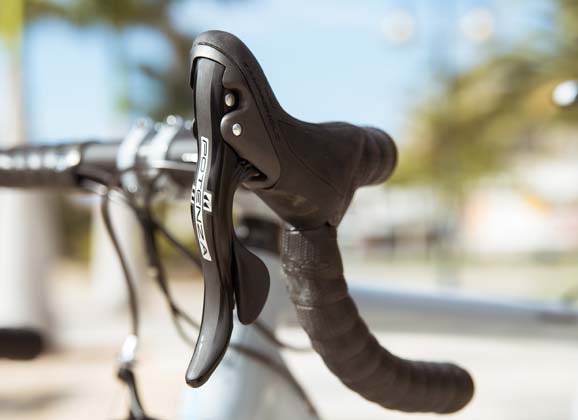 Potenza: Campagnolo powers back into the market

At the beginning of March, Campagnolo flew journalists from around the world to the Canary Islands for a product launch. There were no details on what was about to be unveiled and speculation was rife amongst all those attending, including RIDE’s Jack Lynch. Disc brakes was a regular assumption as well as a few other possibilities… here’s an overview of what was revealed. 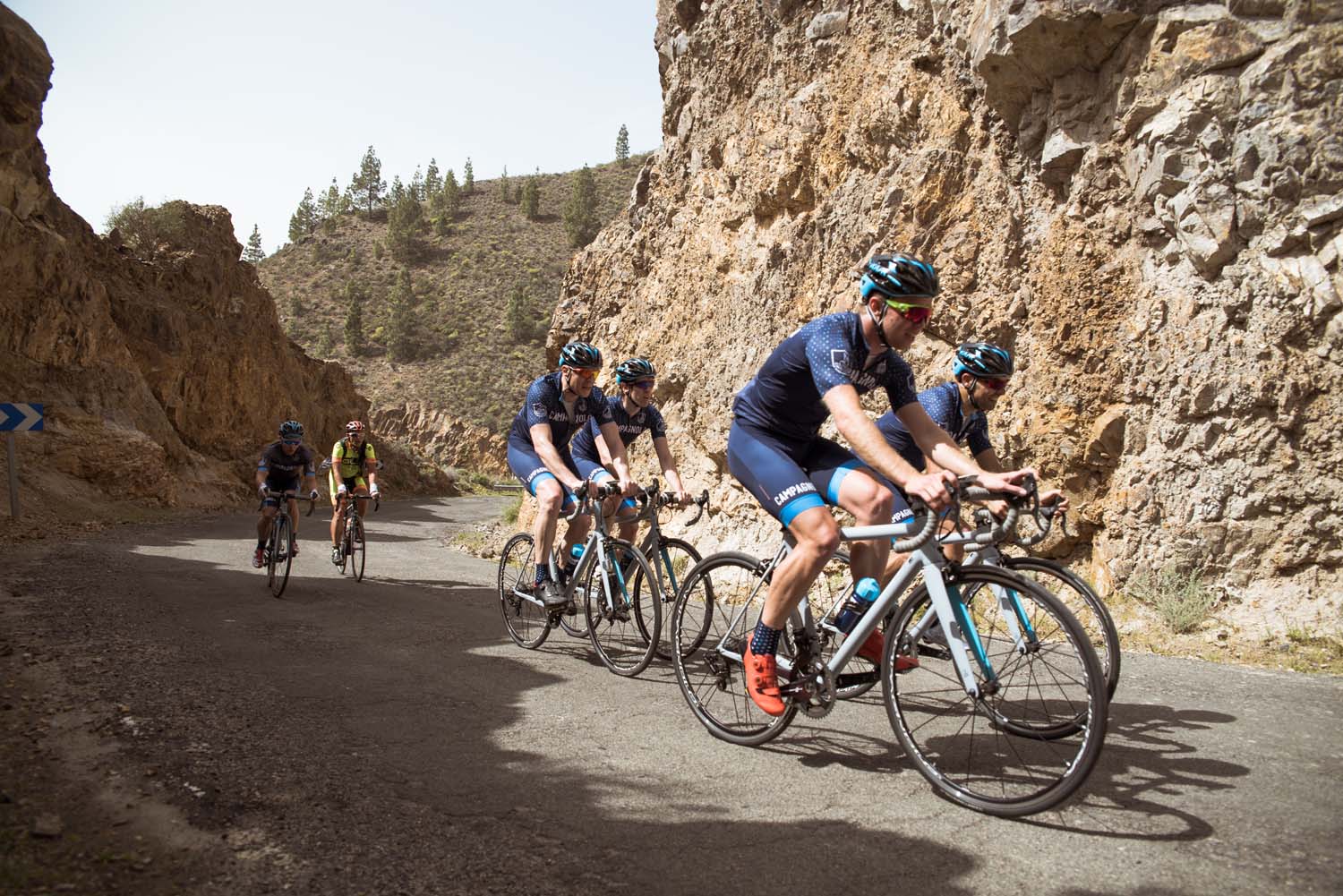 On the first morning, the media was presented with a brand new alloy groupset: Potenza.

Paling in comparison to the imagination of bike writers, its unveiling initially felt a little bit disappointing. On reflection it is a landmark moment for Campagnolo.

This ensemble has the potential to launch Campagnolo back into the mainstream. Riders can get a taste of Campag with Potenza and then make up their own mind whether to progress to lighter, more premium ensembles or try something else.

It is an exciting time for cyclists who are now presented with a realistic alternative to groupsets from companies that begin with the letter ‘S’. 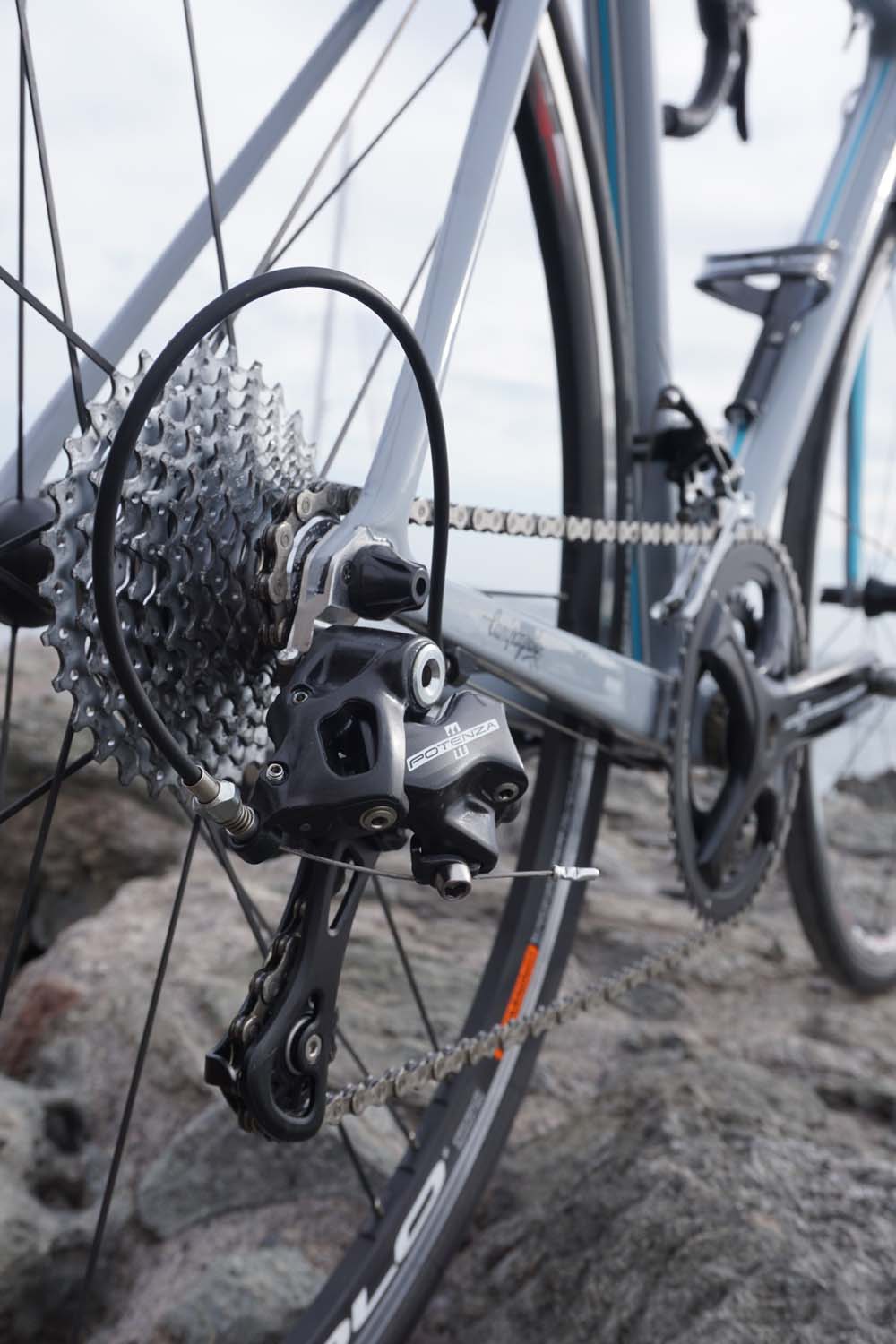 Anyone who rides a road bike can clearly see that Campagnolo has dipped out of favour with recreational cyclists. There are three main reasons for this: 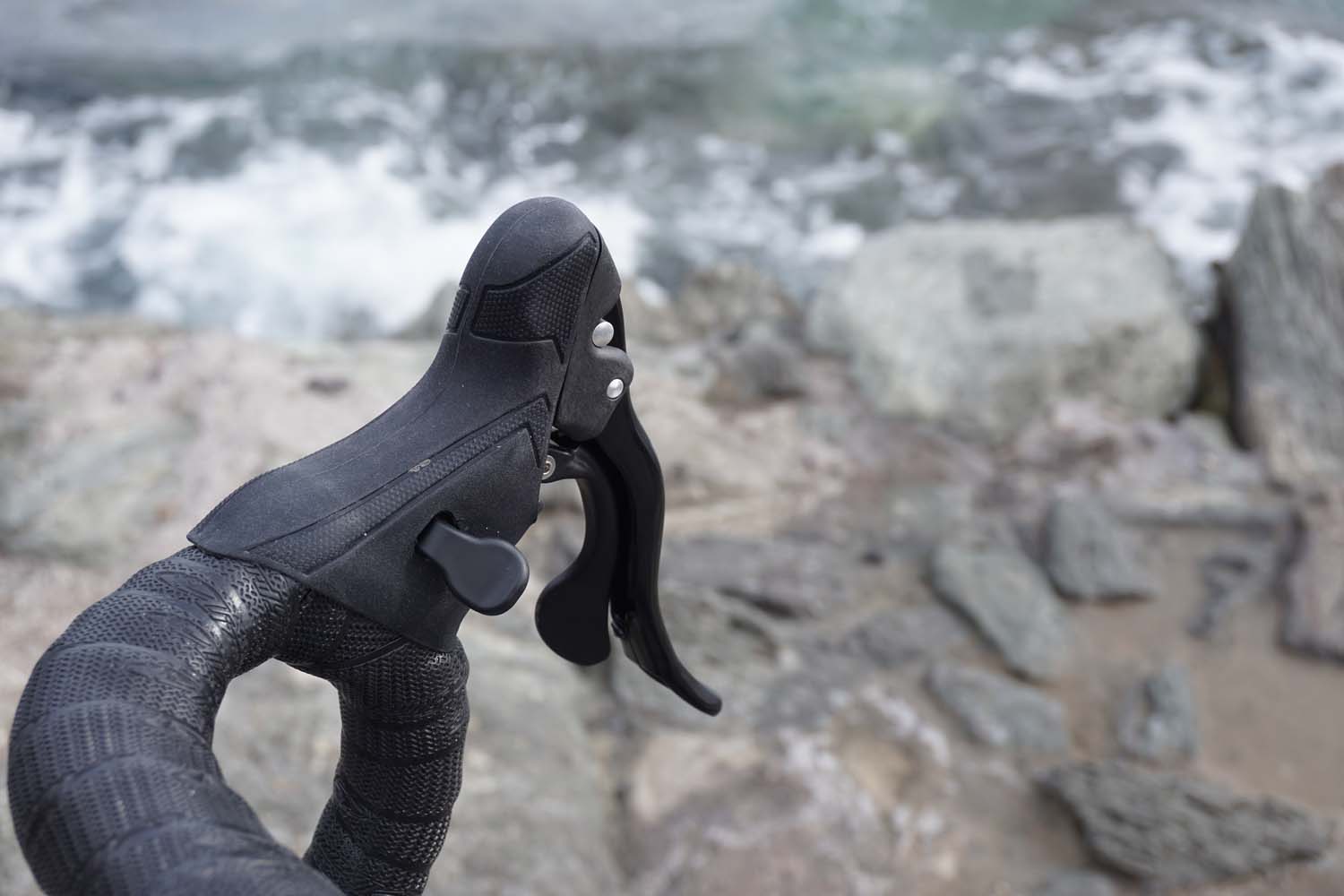 Campagnolo has identified these shortcomings and addressed them with Potenza.

It is, more or less, the same as the Revolution 11+ groupsets released for 2015 (updated Chorus, Record, Super Record) expect it is an aluminium finish rather than carbon of the top end Campag ensembles. 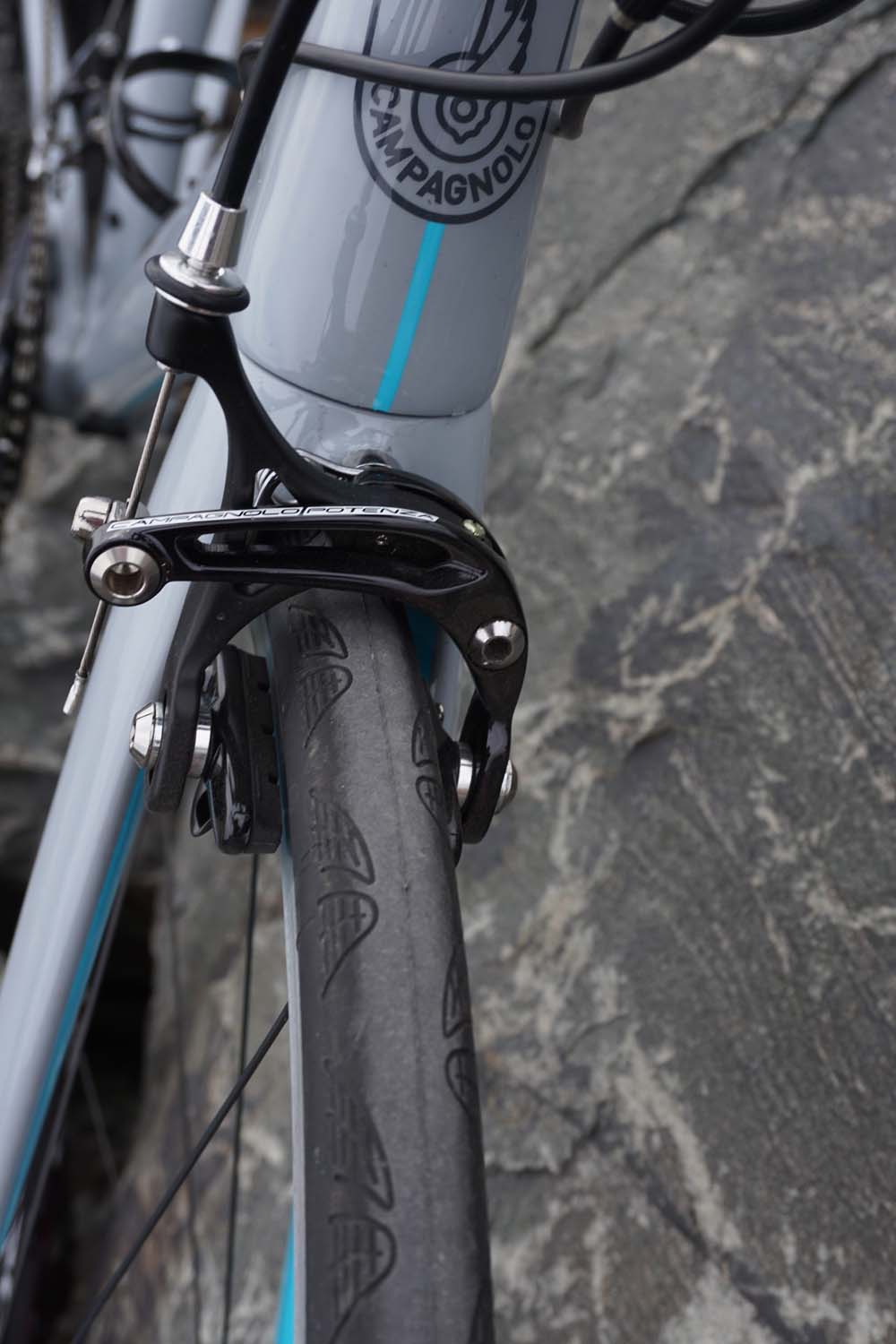 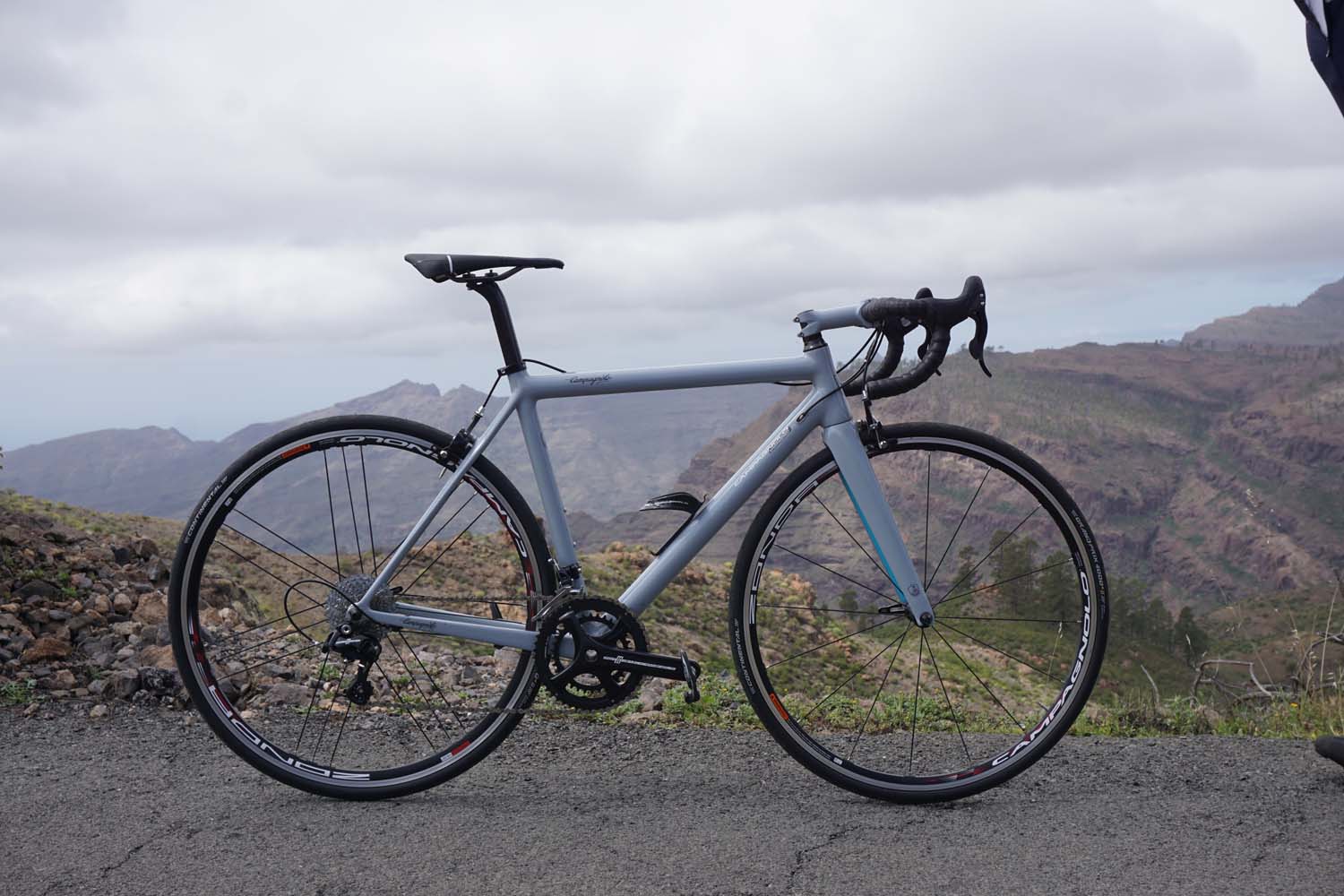 The retrospective excitement of Potenza could not match the feeling when the latest project from Campy Tech Lab was wheeled out – disc brakes.

Campy Tech Lab is the name for Campagnolo’s development and testing lab of its latest innovations. At the Canary Islands, the media were told that the discs will be trialled by professional riders in the WorldTour this year. They could be seen as early as April!

It’s easy to speculate the system that Campag is using for these discs but it’s better to simply show a gallery and wait until the official details are released. Why make news if there’s nothing to report?

Get RIDE Cycling Review #71 for more details on Potenza as well as the new Shamal wheels and the My Campy ‘app’.