Prime opportunity for Cycling in Australia: no WorldTour here in 2021 but huge scope exists

There was upsetting news from South Australia and Victoria last night with the cancellation of both the Santos Tour Down Under and Cadel Evans Great Ocean Road Race for 2021. But the underlying message brings considerable hope for cycling in Australia. 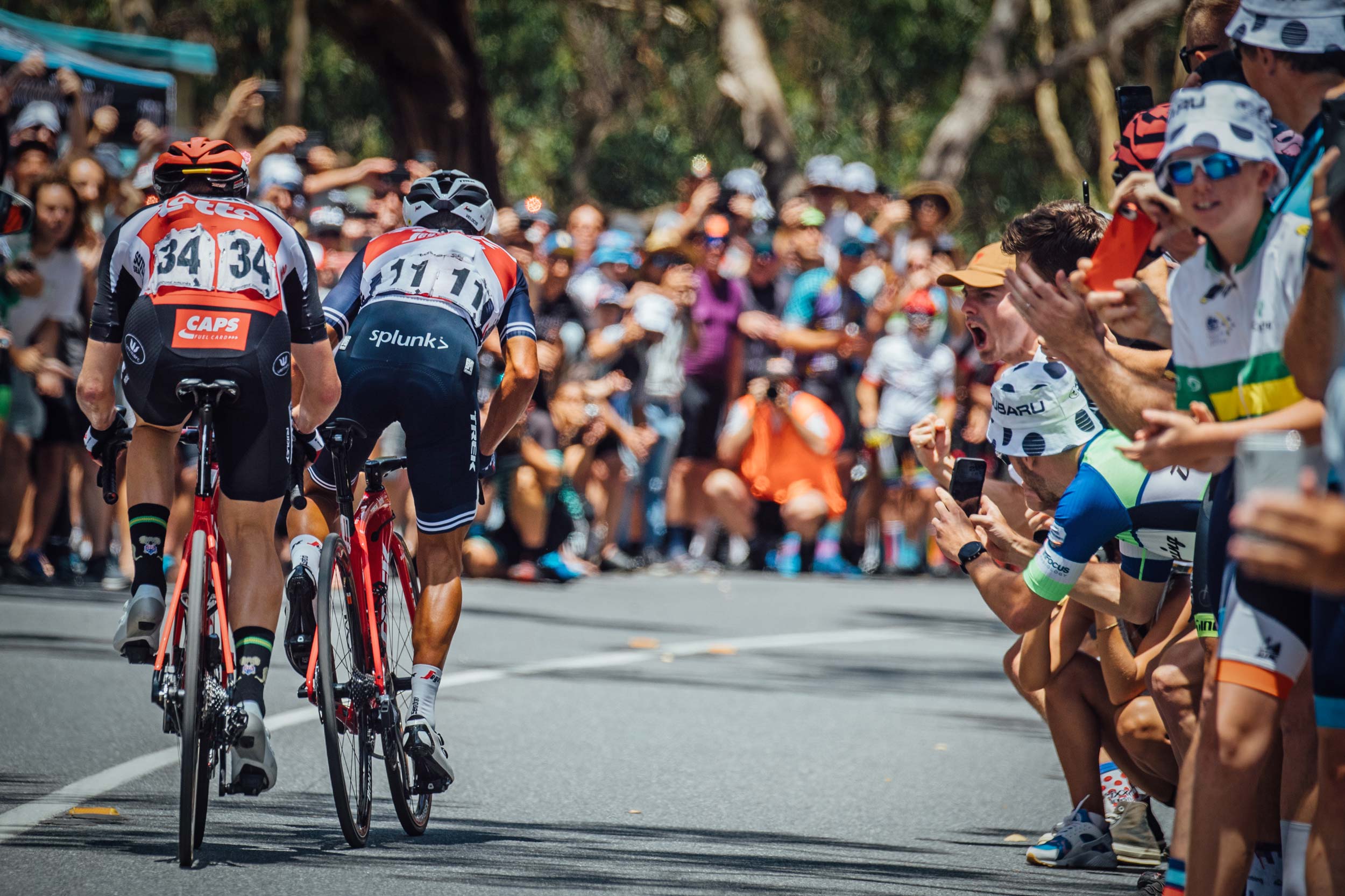 Don’t look back…! The news of the cancellation of WorldTour events in Australia next year could herald a bright new beginning for other cycling festivals in 2021. (Photos: Chris Auld, via TDU)

“We are excited about the opportunity to deliver a domestic cycling festival.”

This comment from Hitaf Rasheed, executive director of Events South Australia, is the key reason why the announcement about Australia’s two WorldTour cycling events of 2021 is not all bad. Of course, it’s necessary to be an optimist when things look dire but the timing of the news from South Australia and Victoria is surely more than just serendipitous.

The releases from Events SA and Visit Victoria were issued on 1 November 2020. Note the date and, using a bit of logic, we should now wait for subsequent releases with some good news.

Yesterday was also Day One of AusCycling.

Is it coincidental that suddenly, when the two organisations responsible for the biggest budgets for cycling promotions in Australia effectively team up to declare upsetting news, there is also a reference to domestic cycling? Surely not.

This comment piece has been written without any inside knowledge of what comes next but if we put one and one together, we can quickly conjure a scenario where there’s a few million dollars on offer for a stunning cycling promotion on a scale never seen before for Australian domestic cycling. 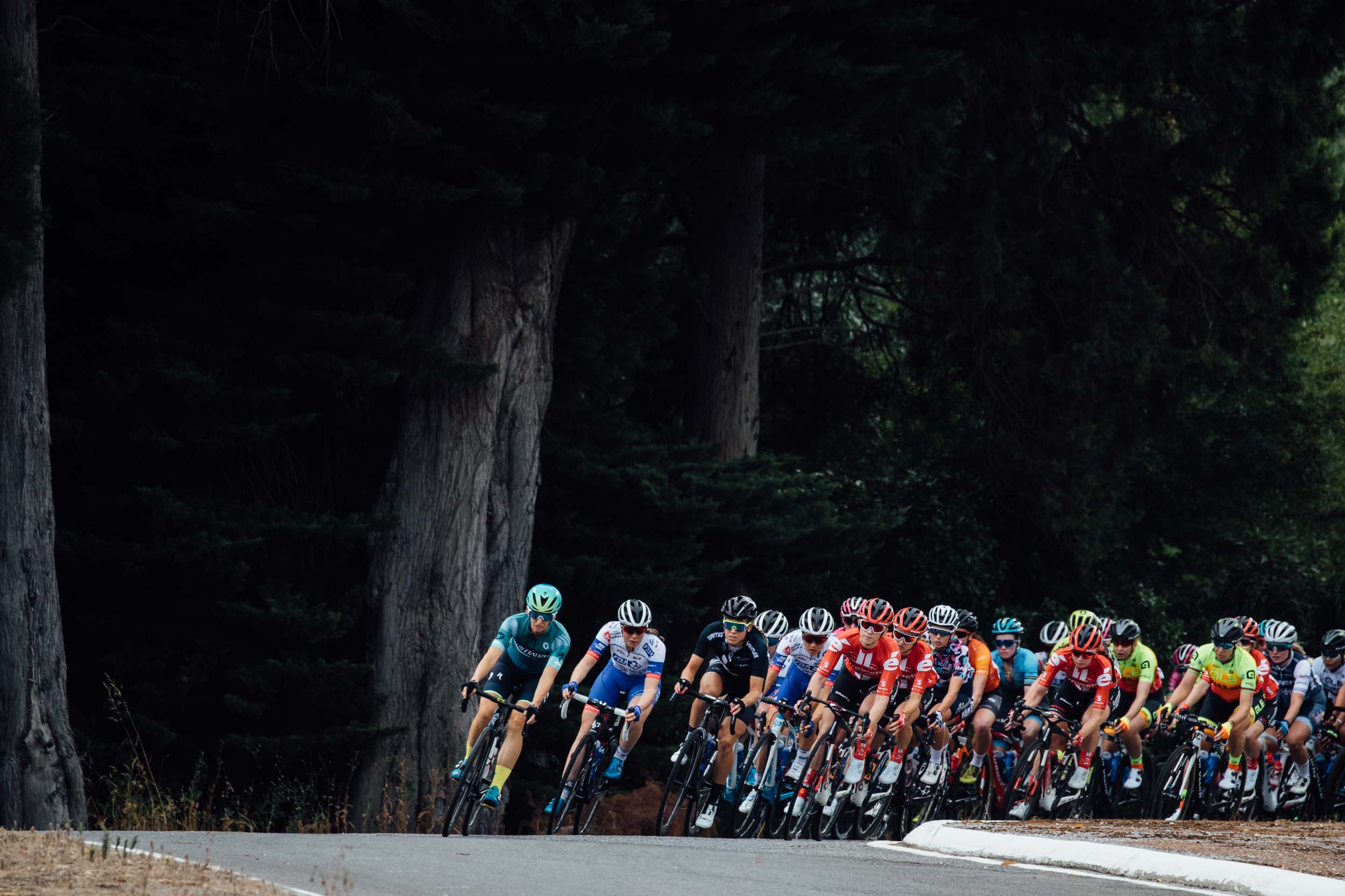 Thanks to generous support from respective state governments, women’s cycling has turned a corner in recent years with world-class racing in South Australia and Victoria part of the Aussie summer’s #FestivalOfCycling.

What could come next?

At 7.33pm Sunday 1 November, Visit Victoria got things started with an email issued to media.

“Due to the ongoing global pandemic, a number of UCI WorldTour teams have made the decision to stay in Europe due to uncertainty around international travel conditions and logistics of quarantine requirements.”

Then, at 7.48pm, Events South Australia issued their statement.

“Despite best efforts, it is with regret we announce that the Santos Tour Down Under will not go ahead in 2021. Cycling will however still be ever present in the streets of Adelaide and regional South Australia, with a smaller domestic cycling festival to take its place in January 2021.”

Isn’t it obvious what comes next? At the time of writing, there is no word on who the CEO of the AusCycling entity is but, given that the program that combines road, track, MTB and BMX administration is now in play, surely that news is due any moment now.

To me, the timing of the statements from Victoria and South Australia hint at another round of press releases.

If I had the opportunity to steer cycling in a new direction in this country, I could not think of a better way to get things started than by announcing that an Australian festival of cycling would indeed take place in the summer of the first full year of AusCycling.

The WorldTour won’t be here in 2021, but long live the carnival atmosphere that cycling in the summer holidays can create!

Cycling and tourism: a natural combination

Many of the systems required to encourage cycling enthusiasts and general sports fans alike to gather and celebrate all that’s good about bike riding already exist.

The TDU was, after all, designed to encourage tourism to South Australia. The event has always been underwritten by the state government; it has also been a celebration of cycling that has enjoyed bipartisan support from politicians. Coalition and Labor governments alike have backed the project and reaped the rewards of a sporting promotion that has set the gold standard for tourism initiatives.

There’s a reason why the Tour Down Under has regularly won not only the hearts of cycling fans, professional teams, and people looking for a great place to have a holiday each January, but also major tourism awards.

In Australia, January is the prime time for a summer getaway – all people need is a reason, an excuse, to pack their bags and bikes and set off for Adelaide and surrounds. The TDU has offered that impetus. And although last night’s release explains that the festival we’ve come to know isn’t going to happen in 2021, surely it doesn’t spell the end of the fantastic tourism initiative.

As Rasheed points out in last night’s statement, the TDU is “a much-loved event on the world cycling and Australian sporting calendars and we know how important this event is to the people of South Australia”.

On 17 September, Rasheed told RIDE Media that she was optimistic that the TDU of 2021 could indeed go ahead, even though she was well aware of how the pandemic would affect the staging of the event.

Ultimately, the second wave of COVID-19 in Europe signalled the end of such optimism.

There was talk about charter flights from Europe exclusively for riders and team staff, much like what the AFL and NRL were able to do to rescue their 2020 seasons. And many other contingencies were being considered.

Further, as something of a novelty for international bike races, the TDU has always enjoyed a one-hotel-base for the duration of the stage race. So, again there was a reason to hold hope that – even with dramatic quarantining measures required – the large contingent of riders and personnel could, potentially, still have come to South Australia.

The underlying messaging in Rasheed’s statement should not be ignored.

“We have done all we can to consider how we can deliver it,” she says, “but unfortunately in the end it was the international component, with over 400 people that make up the international teams, that proved to be the most difficult to overcome.”

Don’t be surprised if the next major statement to come from cycling administrators and a couple of state government tourism bodies delivers news about how the #FestivalOfCycling that we’ve grown to know and love will continue in 2021.

Isn’t it obvious? Imagine the reception the new CEO of AusCycling would get if the first news item of their tenure is one that maps out a way forward for cycling at exactly the time it seems like the activity’s considerable growth is grinding to a halt. What a coup it would be!

We wait to see what eventuates but let’s consider the financial element alone; if cycling was to get a significant cash injection at a time when there are few sponsors investing in sport (for obvious reasons), where would it come from? Well, how about the exact organisations that have already poured many millions of dollars into promoting cycling in Australia?

Events SA and Visit Victoria have lost some of their showcase tourism initiatives for the summer of 2021. The well of money may be emptier because of the pandemic but that doesn’t mean it’s dried up entirely.

Even if only the slush was invested in a domestic racing initiative that provided an excuse for people to consider South Australia and Victoria as their holiday destinations in January 2021, then it would be enough to prompt a considerable festival for cycling.

To conclude, we return to the comments made by Hitaf Rasheed and wait for the next statements from Events SA, Visit Victoria and AusCycling.

“An incredible amount of work has already been undertaken with key stakeholders,” says Rasheed, “and we will now go about finalising what that will look like and will look forward to sharing that with everyone later this month.”