Talk about tyre technology early in 2020 brings back memories of a story written by Davern White back in 2012. We published a story of his on The Back Page of RIDE Cycling Review in 2012. 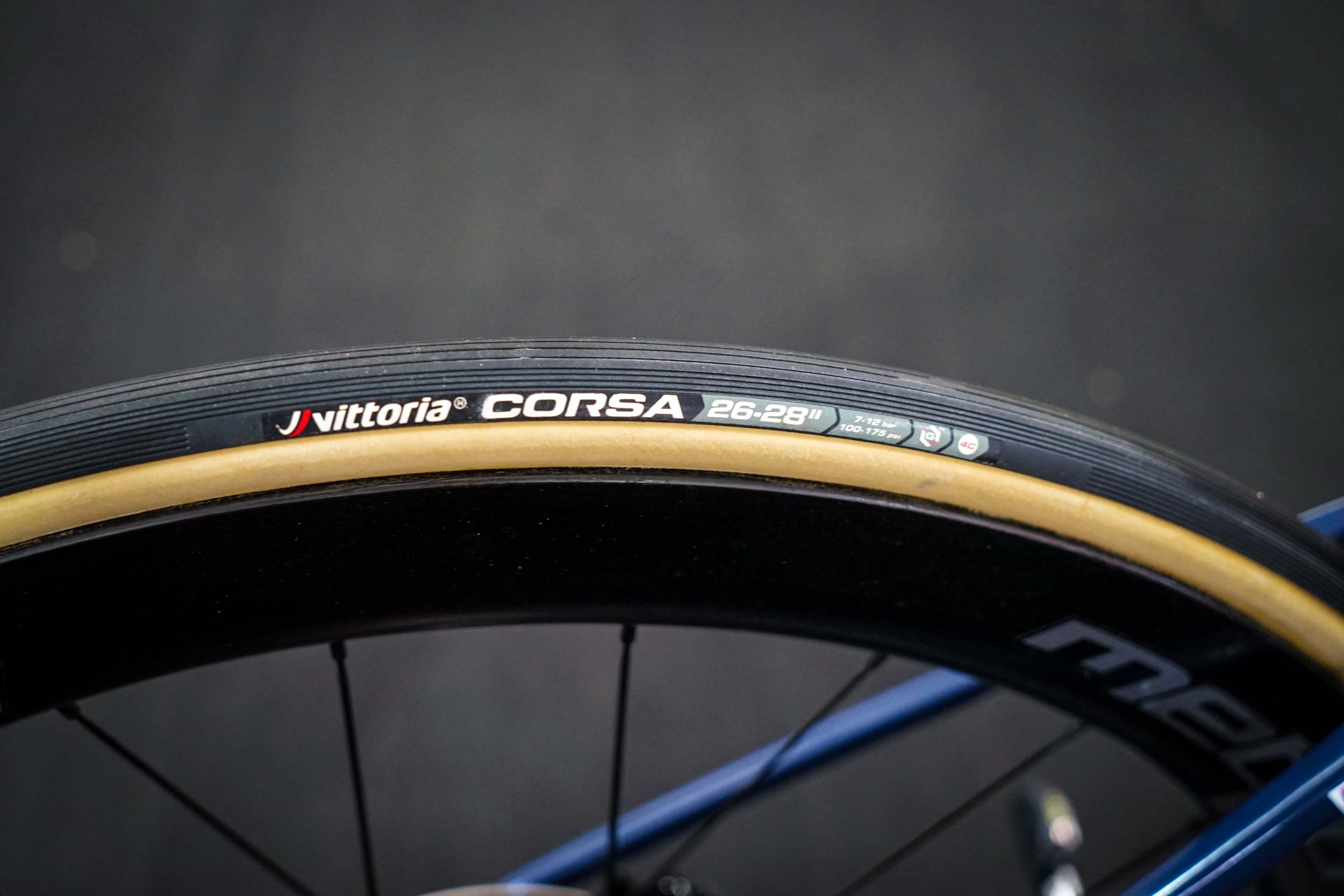 Some aspects of cycling ‘back in the day’ were done because there was true scientific merit; at other times certain rules were followed simply because you were told to do it that way. The memory of Jack McGowan prompted a story…

Back in 1979, I raced in the Eastern Zone Schoolboys’ Championship in a car park at Doncaster Shoppingtown and came third behind two brothers. Their dad was an old pro and they worked me over in a classic one-two. And I fell for it comprehensively. My prize was a cap, a poster of two times world sprint champ John Nicholson promoting the new Shimano 10mm track system (that really took off didn’t it?) and a “single” – a tubular tyre from Italian masters of handmade singles, D’Alessandro.

It was a lower end tyre really – a training tyre, but to me it was a coveted single. It was pro!

These prizes were presented to me by none other than John Nicholson himself. I’ve since told him how much of an impression it made – being given a tyre from the hands of a world champion. John was always so gracious with putting his time back into the sport and remains so to this day. 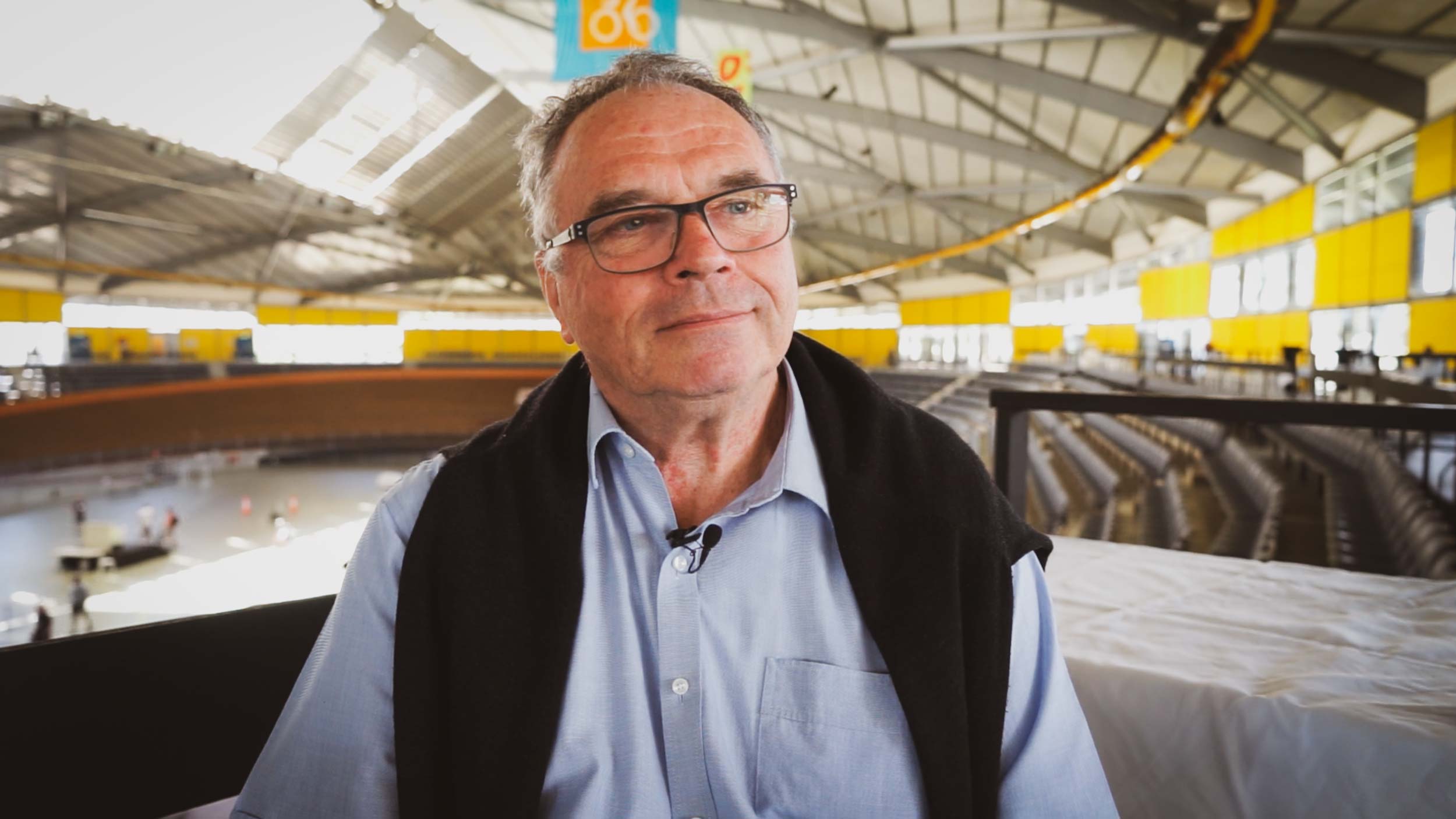 As stoked as I was with my new tyre, I was still one short of a pair.

I saved up my pocket money to buy another single. I rode into the city to get it from Cecil Walker Cycles. It cost $28 – an absolute fortune.

Now I had tyres and wheels but no idea of how to bring the two together. Enter tyre guru and single repair man Jack McGowan. He worked with the top amateurs and pros and also did the repairs for bike shops. 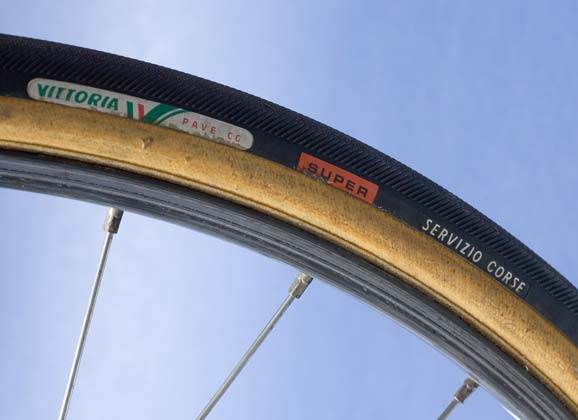 Vittoria’s Pavé CC Super ‘Servizio Corse’… a tubular as they used to be.

I eventually summoned up the courage to ask him to glue my tyres for me and maybe show me how it’s done. Jack had a reputation. Let’s say he didn’t suffer fools… He took one look at my tyres.

For a man used to handling Clement Silks and Wolbers my tyres looked a bit beneath him I’m sure.

“These tyres are too young son. They need to ‘cure’ first.”

“Yeah, you need to let ’em harden up and mature.” 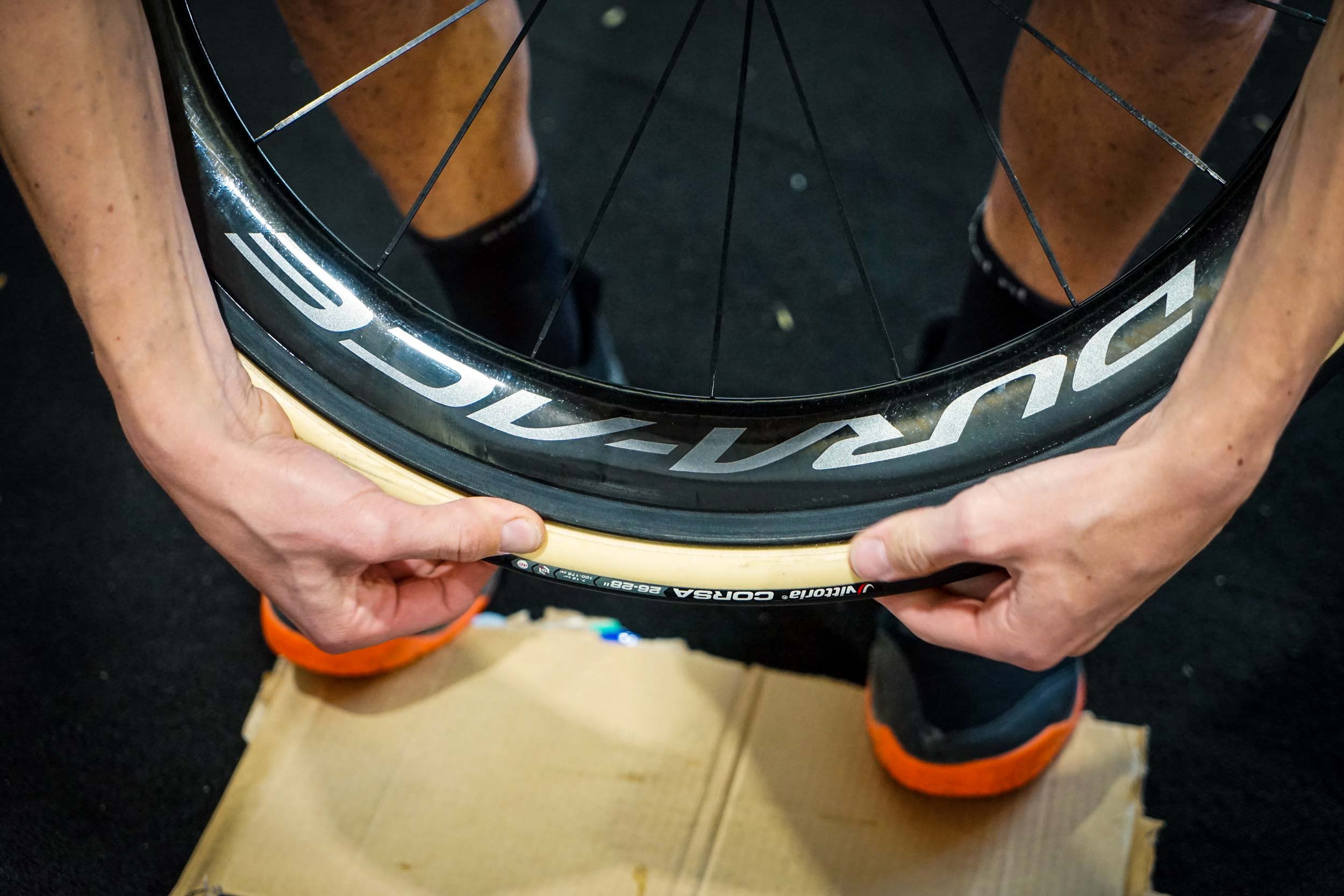 Jack suggested I take my tyres back and put them under my bed for at least six months – 12 would be better.

Why under the bed? I still don’t know.

One of our club’s ex-pros, Doug Garley, had a theory that you would bond with the tyre – as if some mystical power would be transferred from the tyre to the rider and perhaps also in reverse as one slept. (But Doug used to sit in his garage for hours on end sometimes to bond with his bikes and wheels… Did I mention the voodoo thing?)

Anyhow, I was devastated. I wanted to go pro straight away with my singles and lose the amateur clincher tyres. 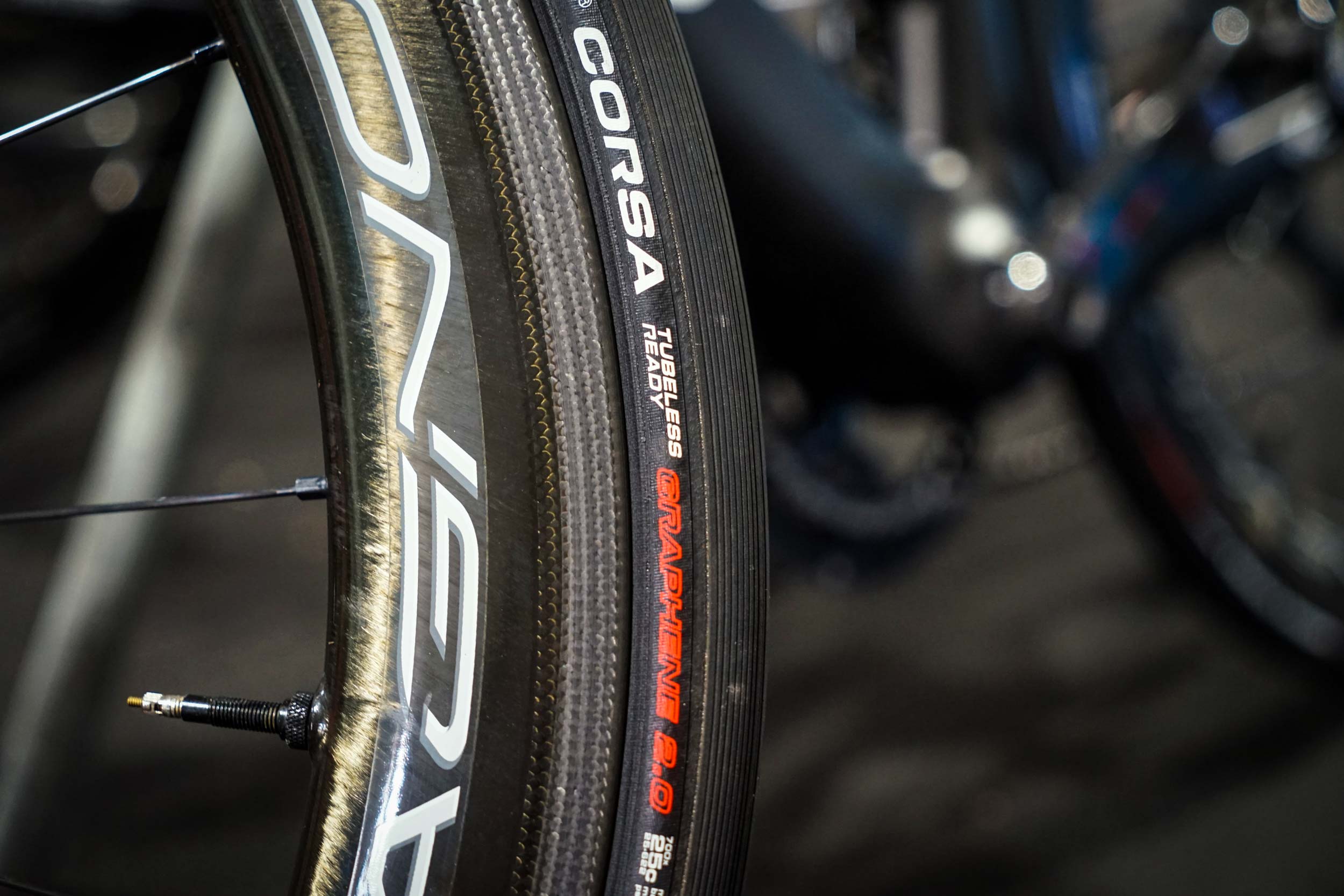 Tubeless in 2020… what would Jack McGowan say!?

Clinchers then were wide, big bag monsters on Weinmann rims that were as soft as butter. Juvenile riders and worse – sub-juveniles – rode them.

I had some Fiamme Red Label rims laced to Suntour Superbe hubs – racing wheels – ready to go. This represented a significant investment – one that I was sure was going turn me into a champion and it was all sitting there, dutifully under the bed waiting to cure.

Jack had given me a convoluted range of instructions on what needed to be done when the tyres emerged from their slumber ready for fitting.

They were to be kept in a dry, shaded place and then I could gently start to introduce some pressure.

I should bring the tyre pressure up slowly – 10psi at a time with a week in between to “condition the tyre and tube to inflation”.

The pump should be warm and under no circumstances should moist air be introduced into the tyre. 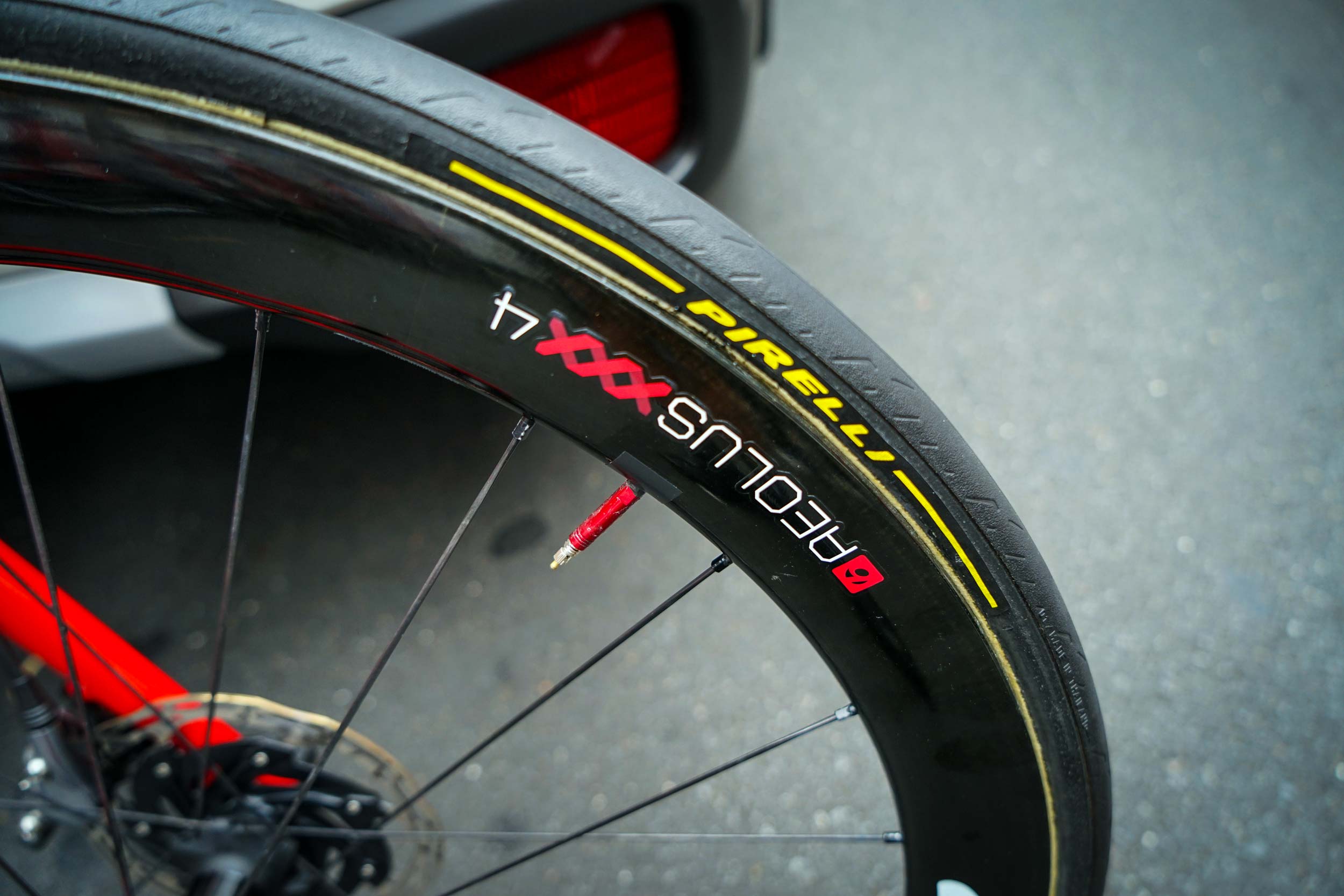 Weeks passed and I again asked Jack if he would glue my tyres on. In the end he cannily agreed and took both my tyres and wheels – I think in the lexicon of modern psychology, the appropriate term for how I felt about this is “separation anxiety”.

He held on to them for another two months, fobbing me off with excuses that he had too much work on. There was always some pro rider or gun amateur who was racing something big “next weekend” who had to jump the queue.

Finally I got my tyres and wheels back. They were glorious and I got a good full season out of them – that was training, racing, touring and going to the shops for mum.

After that initiation I always tried hard to follow Jack’s tyre curing procedure even after I began mixing my own shellac for track tyres and doing my own gluing and repairs.

Jump forward 30 years and I dismissed all that old crap. New tyre compounds and technology surely made all that stuff obsolete.

Anyhow, a couple of years ago I spied a sale for Vittoria Rubino Pro tyres. They serve as a good clincher, solid enough for the commute and to train on and quick enough for an old coot like me to race on if I ever get the chance – so I stockpiled and put a few pairs down to use later. I was getting six months out of these but they used to cut up and wear out after that.

To cut a long nostalgic BS story short, here’s the punchline. Last Easter I put a pair of the ‘cured’ Rubinos on my training bike.  As we’ve passed Easter again I am looking at more than 12 months’ service from these voodoo tyres.

So maybe try it out. Put some new tyres under your bed for a few months and see how they run. Jack would probably still be disgusted – after all, a real tyre is still a handmade one from Italy or France – a single glued to the rim, not a clincher made in Thailand – but maybe the voodoo is still working.

Some younger guys tried to set up their own tyre repair businesses in competition with Jack but none went far. Jack was the man. He obviously didn’t see me as competition when it came to tyre repairs probably because one of my first efforts at shellacing failed so miserably. I rolled a tyre in a club madison and five guys rode over the top of me. I got taken to Moorabbin Hospital in Don Rainsford’s Premier station wagon with bruised kidneys and a pizza face.

They stitched my top lip without anaesthesia – I was out of it already but, not surprisingly, that brought me around. Jack inspected my shellac job and deemed it an unsafe piece of work – he wanted me rubbed out for the rest of the season.

The old bastard could be so abrasive. He used to do gate duty at the crits. He would be friendly to riders he favoured but if you got on his bad side he was like a troll… “Who’s that trip-trapping over my bridge?”

Once I’d given him some tyres for repair then, for whatever reason, I’d missed a few weeks of racing and when I turned up to pick up my tyres from him at the gate he started screaming “Where the hell have you been ya bloody jar head?! I’m not fixing friggin’ tyres until you can be bothered to turn up and collect ’em. They’ve been in me boot for two friggin’ months … don’t ask for change!”

His club and Victorian cycling are really going to miss the grumpy old bastard. But so many of his tyres live on, still being ridden around the tracks. Jack’s voodoo is still working.

The Jack MacGowan handicap is held each year in late June or early July. It starts and finishes at the Modella Hall in Gippsland and it’s usually a cold, wet race. The country around there is very Flandrian. It is usually a pretty hard day at the office and both line honours and fastest time are very keenly fought for.

This year it will be the first year as a memorial race.