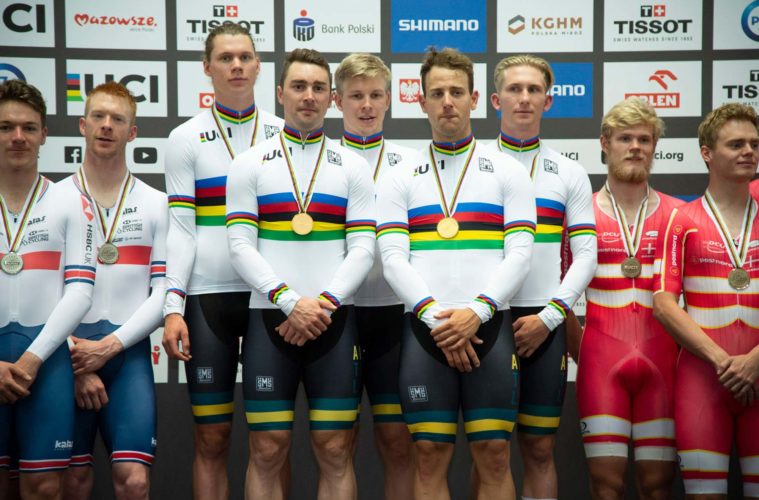 In the afterglow of another outstanding world record breaking team pursuit, we are collating quotes from many with a long association with the event…

There is a long and proud tradition for Australian cycling in the team pursuit. There have been a couple of Olympic gold medals in the past and 1984 and 2004 were exceptional performances in their own right. And there is a long list of riders who have excelled in this discipline.

The first time it was raced at the world championships in the ‘open’ era, was in 1993 when Stuart O’Grady, Tim O’Shannessey, Brett Aitken and Billy-Joe Shearsby brought the world record down to 4:03.840. That was the first hint that the four-minute barrier may one day get broken.

In the final of the Sydney Olympics, the Germans who won were the the first to go below four minutes.

The second time was at the Commonwealth Games in Manchester in 2002… and that was an Australian quartet.

Since then it has happened with surprising regularity. Now there is even talk of 3:40…!

Below is a collection of quotes from people with a link to the team pursuit. 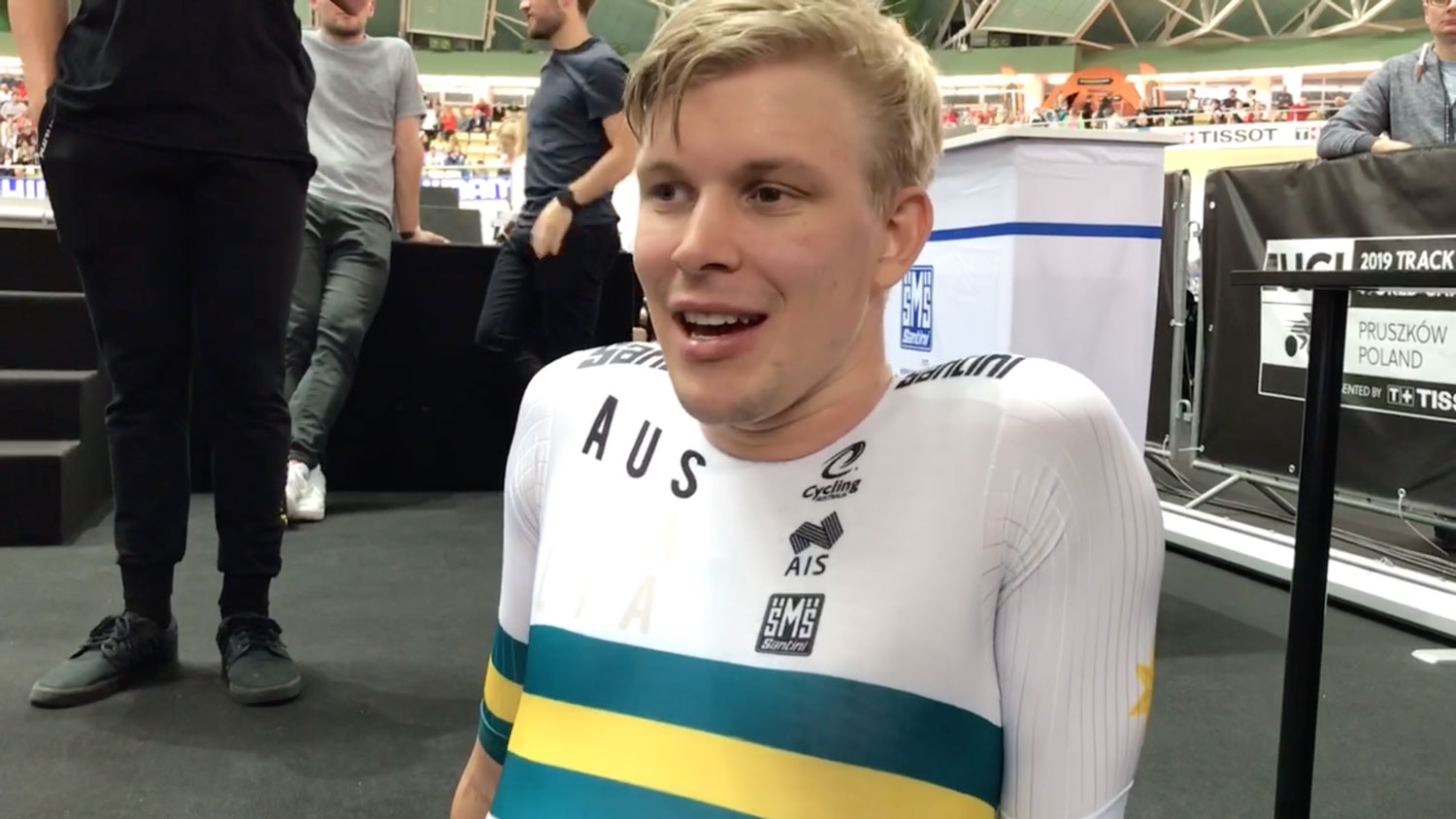 “It’s a big surreal,” he said trackside moments after the ride. “It knew the boys were going quick but I didn’t think we were going that fast.

“I can’t put it into words properly. It’s crazy.

“It’s been a rough season. I spent more time rehabbing than I have riding my bike and 10 weeks ago, when I broke eight bones and punctured a lung, I was just hoping to be able to make it here. Now, to be able to have ridden a 3:48, I’m ecstatic.” 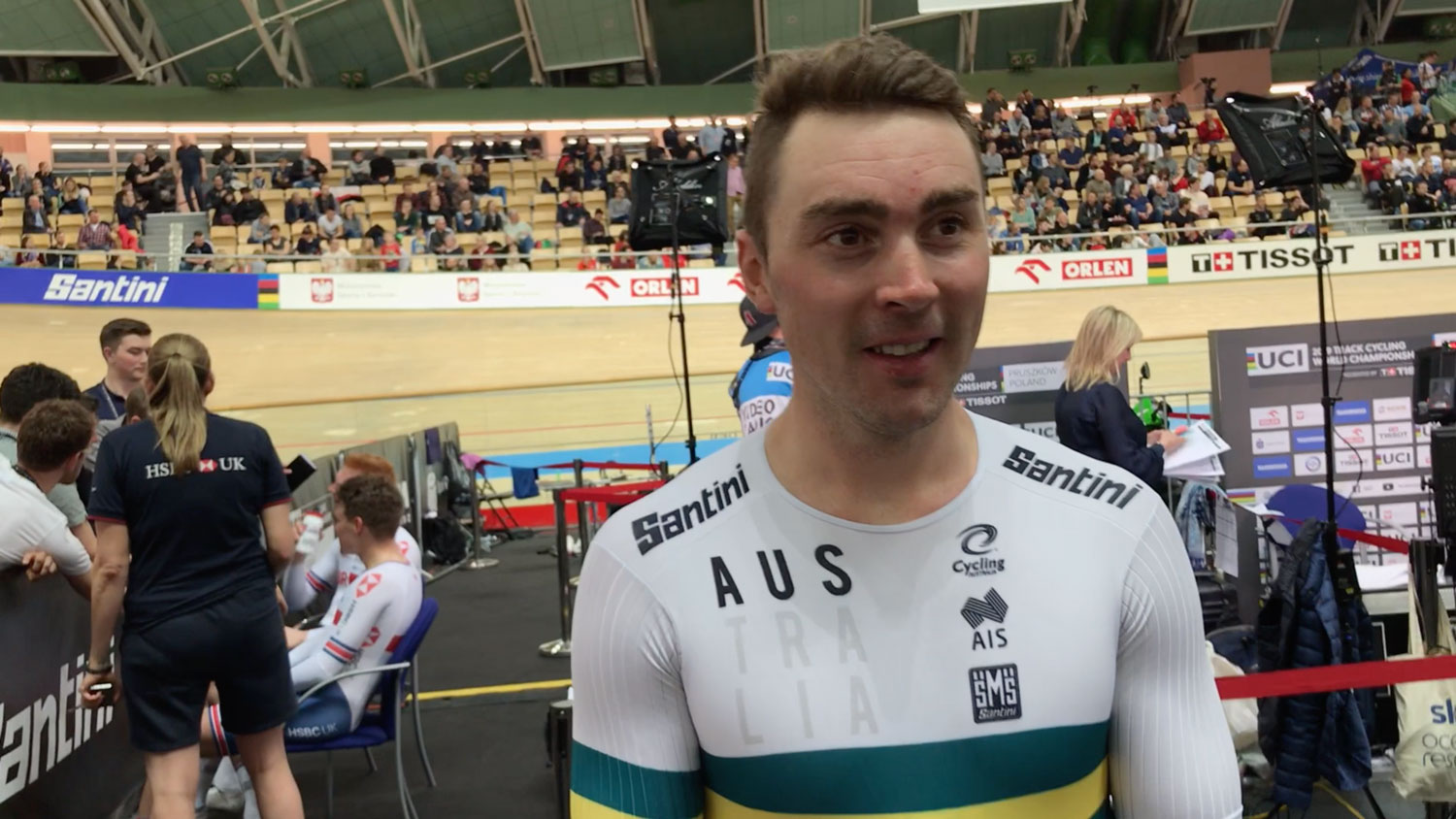 “I’m a bit lost for words. What can I say? I’m grateful to be part of this team. I took a big risk when I left the road after a lot of years. It was always a passion of mine, racing on the track. Something deep inside me wanted to come back and compete on the track at this high level.

“I don’t think it’s any one single thing; we’ve put together a fantastic team… from the sport scientists, the trainers, the gym coaches… without everyone of them we wouldn’t be where we are today.” 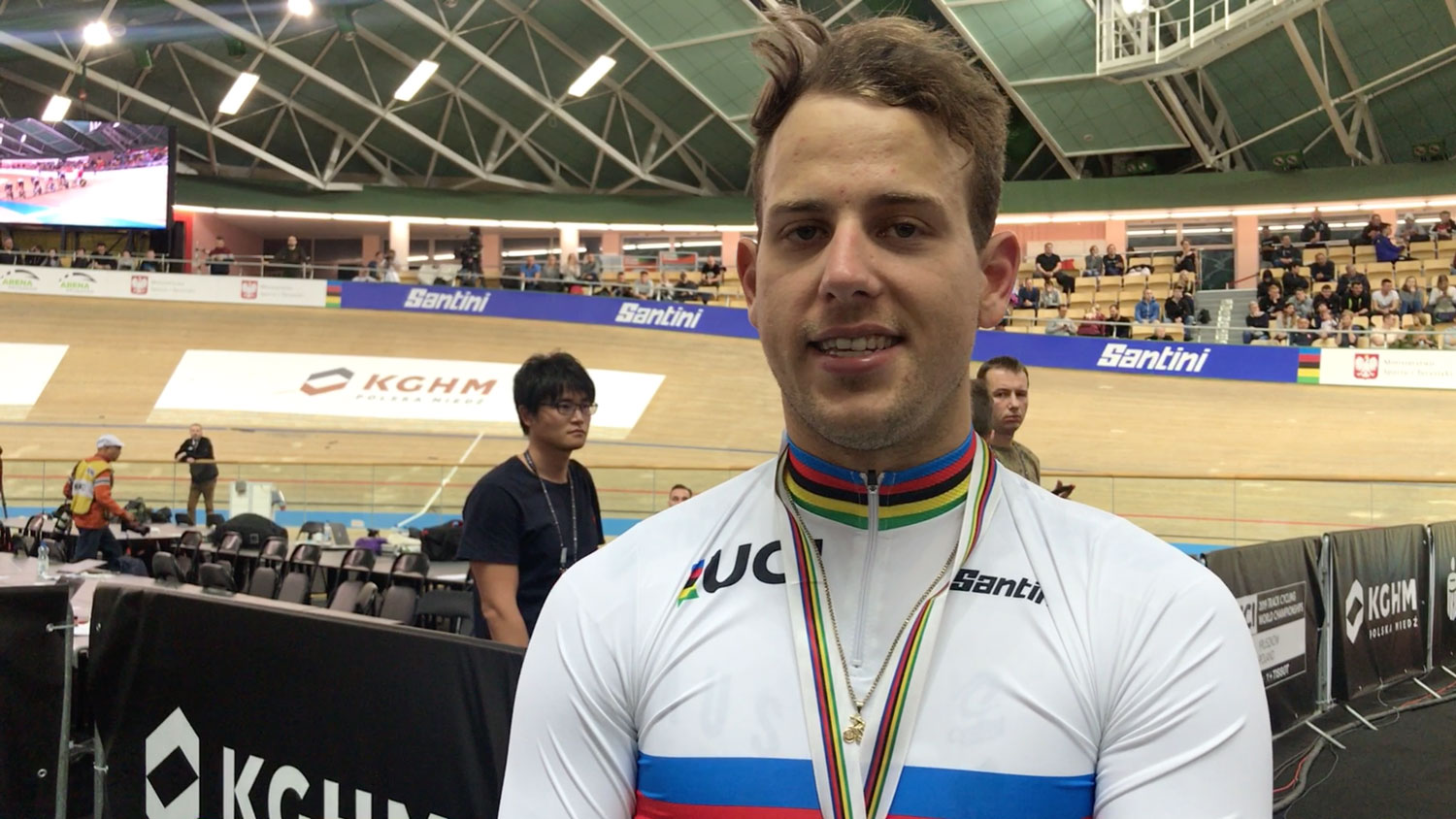 “I didn’t have much time to get changed (between the team pursuit win and the scratch race victory), I was pretty under the pump but got out there and kind of hid for the first laps trying to find my legs on the ‘bunch bike’.

“I’m just over the moon at the moment.

“I’ve got the ominium in two days so, a bit of time to recover and hopefully switch off and switch on and come up with three [wins].” 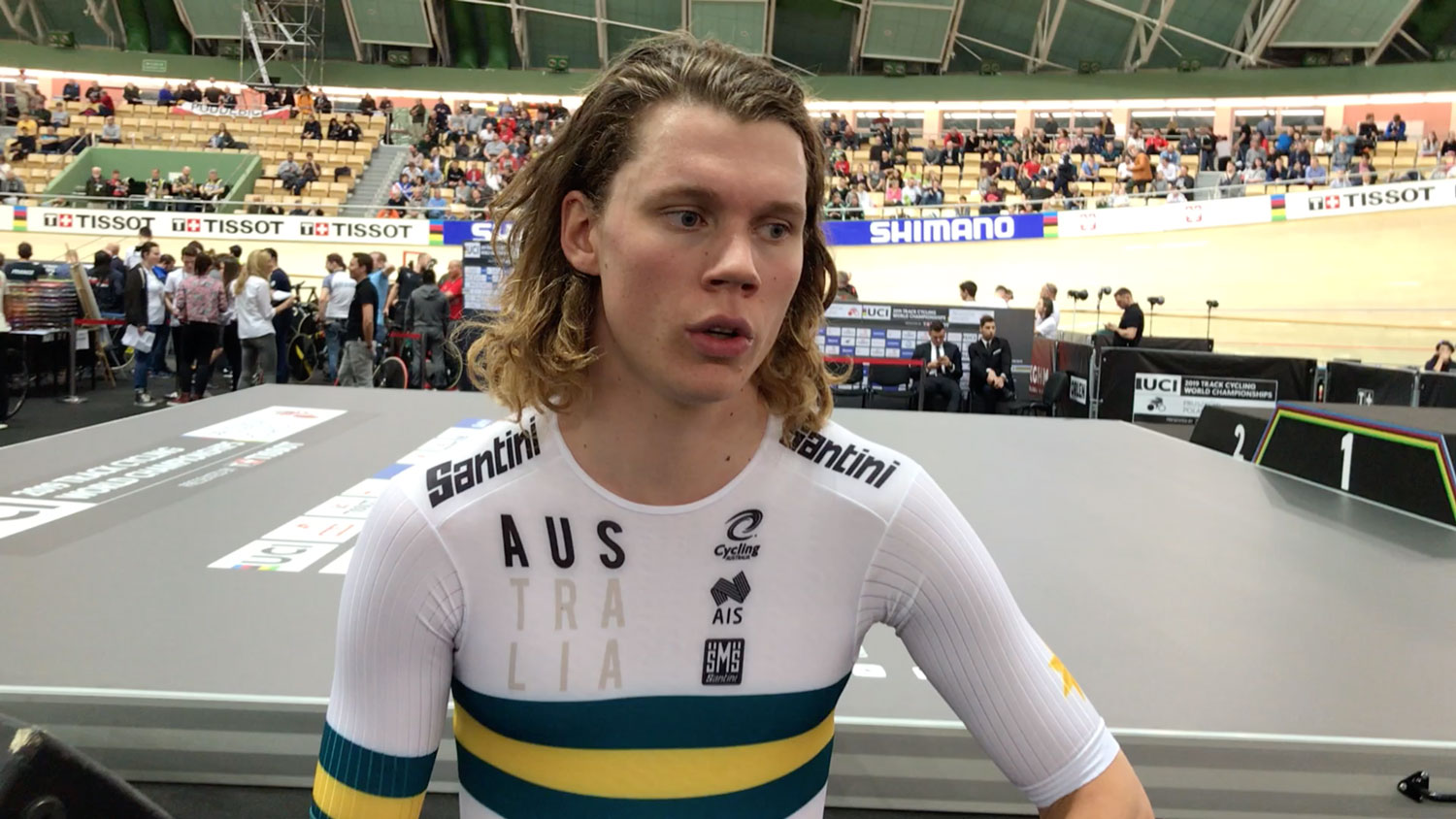 “I’m blown away. Honestly, I’m lost for words. This team is proving to be more special every time we come together. To produce a 3:48 in a season like this, honestly, I couldn’t be more proud of the team.

“That’s all I can really say. I’m just so happy.

“Last night (in qualifying), we really showed ourselves and proved that we are in good condition.

“The confidence is there. We back each other when we go out there.

“We set ourselves a hefty mark with our schedule and we were up on it the whole way, so we knew we were on target for something special but I didn’t believe it when I saw the time.” 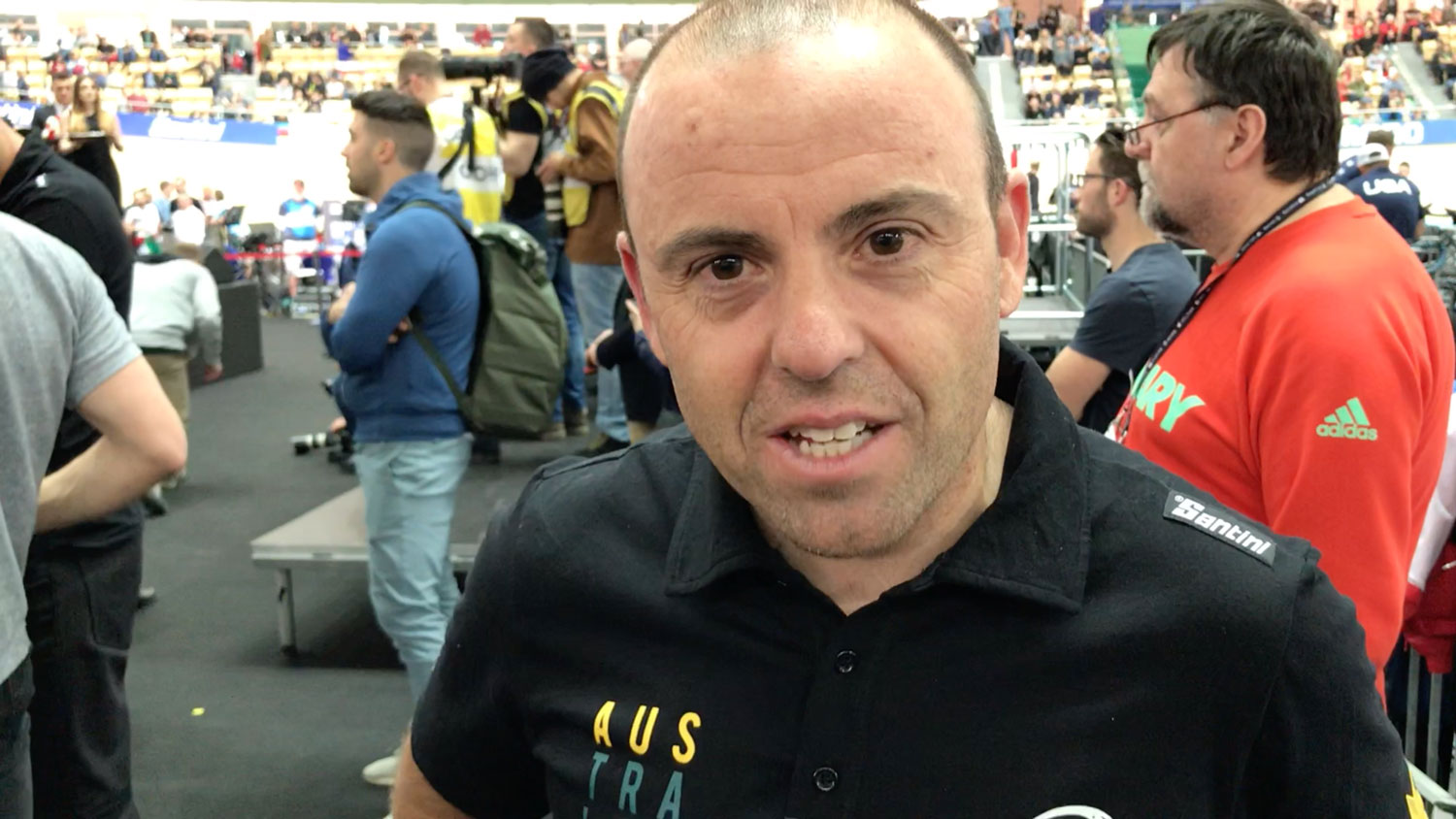 “I’m on an emotional high. It’s been a fantastic night and we probably exceeded our expectations with regards to time in the TP. [We] came here with a real focus to nail the ride and try and execute a good, skilled ride and find a way to make it happen and give the guys a chance to chase those rainbow bands that they are so hungry to chase.

“Yesterday we had a few challenges thrown at us but we made our way to the final and tonight they put it together and come away with a pretty magical time.” 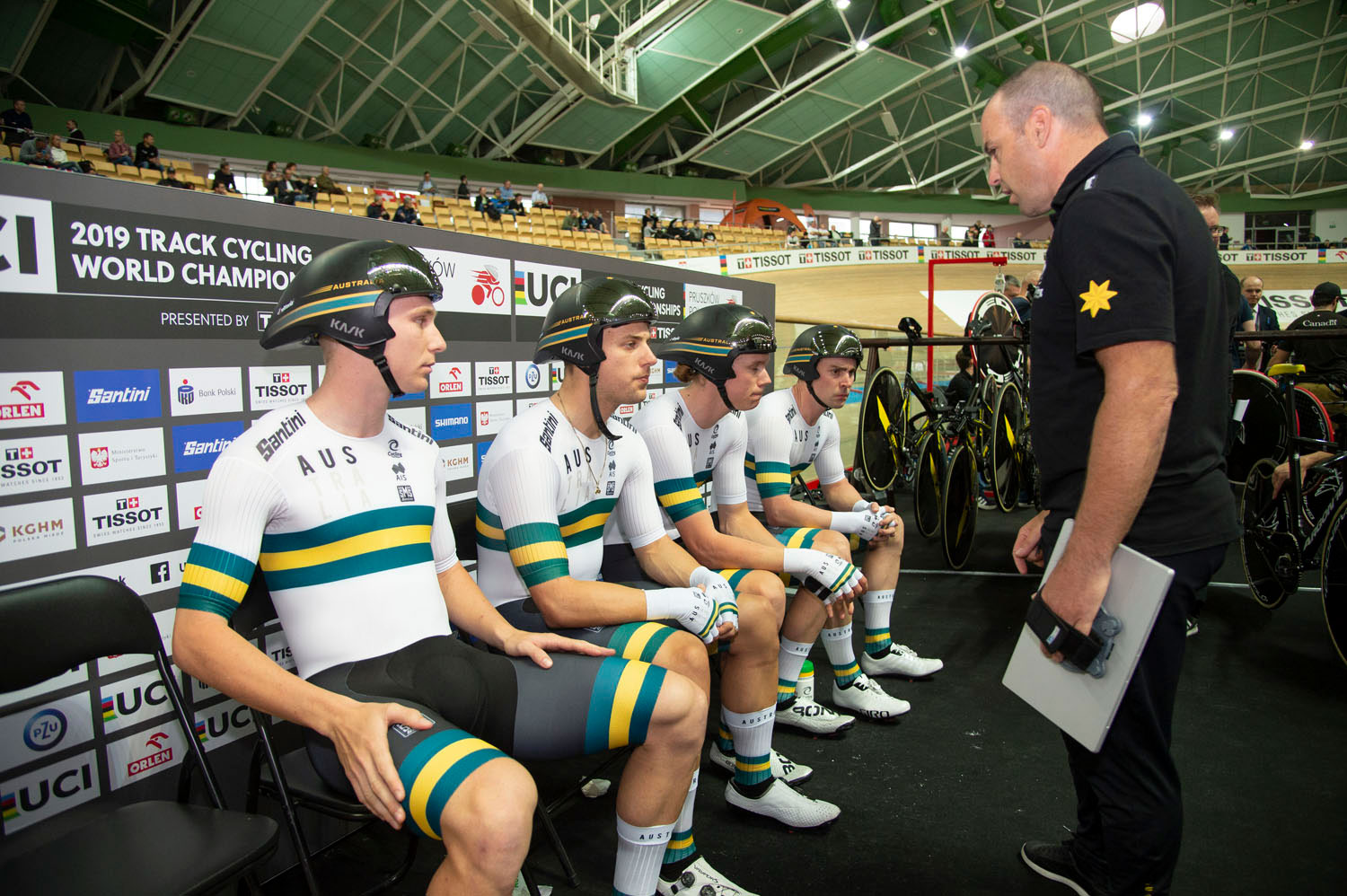 ‘Brownie’ had recorded the team pursuit and wanted to watch it after dropping kids off at school on Friday morning. While on his way to drop-off, he learned about the result and the world record time…

Brown was part of the line-up in 2002 that broke the four-minute barrier for the second time in competition, at the Commonwealth Games in Manchester. He has also set other world records. Does he anticipate that the time can keep on dropping at this rate?

“Well, that time in Manchester… I think we would have gotten lapped now.

“They are riding bigger and bigger gears. The difference of the gear ratio now compared to when I was racing is huge. There’s no reason why they can’t ride bigger gears and go faster again.

“There’s not ever really going to be a stopping point, is there?

“It’s just fantastic. What’s going to happen next? They’re going to go 3:40 before too long if they keep going like this.

“For years, I never thought it’d be possible to go under four minutes but that’s positively slow compared to what these guys are capable of.

“They start the Australian team has had in Poland is nothing short of phenomenal. I’ve been on the phone and have sent messages to Simon [Jones] and the others to congratulate them on what is a stunning performance already – and it’s only day two of the championships.

“The time the guys rode to win that pursuit is mind shattering, I’m finding it difficult to fathom.

“I know how much work they do to get to this level and the whole team can be proud. The world record is icing on the cake but the men’s and women’s programs are exceeding expectations and doing so in all disciplines.

“Now they’ve got to maintain it and keep it rolling all the way to Tokyo – that’s the end goal, isn’t it?