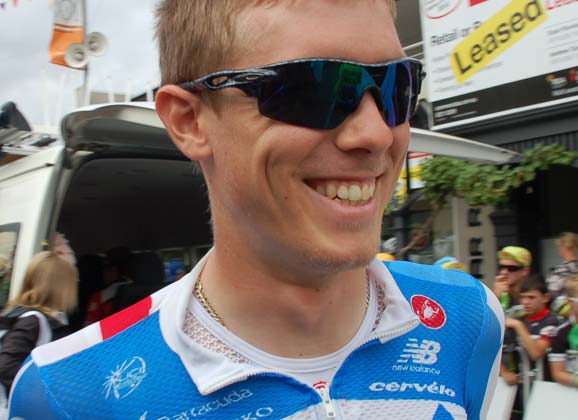 Yesterday RIDE published a story explaining the mid-season transfer of Rohan Dennis from Garmin-Sharp to BMC Racing. Much of it related to the manner in which the news was disseminated and how this, by virtue of clauses relating to confidentially, cost the rider a “considerable sum”.

Shortly after publication, I was contacted by Daniel Benson – the managing editor of CyclingNews.com who first published news of the transfer – who was irritated that my story inferred that he’d done the incorrect thing. “Gazump the official release” is how it was phrased and he’s right to be frustrated with the tone. Furthermore, I’d reiterated the manner of how the news was relayed numerous times throughout the piece and, with hindsight, I’d prefer to have done things differently.

Benson pointed out that a follow-up piece to his original tweet, published on 2 August, the BMC team confirmed that the transfer had been made and offered quotes from several of the parties involved including Allan Peiper and Jonathan Vaughters. He also explained that Dennis had originally denied the transfer when asked about it.

The reality is that Benson simply relayed information that he obtained by correct methods and he duly reported the facts. As stated in my original piece: “First to find, first to share…” That’s how the media works and there’s nothing wrong with that. And so apologies are due to Benson for any suggestion that he’d done something untoward: this is not the case.

Another long-time acquaintance of RIDE, Feargal McKay, was more scathing in his assessment of the story.

“Rather than suggesting CN ought be ashamed of its scoop @ridemediaHQ/@robridemedia I think it’s you who should be ashamed, of yr article.” That was his initial take.

I thanked him for the feedback and suggested that what the piece should have focussed on, rather than the original ‘scoop’ tweet from Benson, is the precedent that the mid-season transfer sets. To which he replied: “But that is what you made the focus @ridemediaHQ/@robridemedia – you led with it + you tugged the heartstrings saying it’s cost Dennis $$$.”

The intention wasn’t to pull at heartstrings, it was to give Dennis the opportunity to express himself in relation to the news of his switch of teams. Part of the discussion relating to the transfer related to the nature of how it was released to the public and he spoke his mind.

Fact is: the relaying of news about the transfer by the teams was not ideal. There was the hope of an announcement on 4 August, but instead it was published earlier. If it were to remain off the public record until Monday, then Dennis’ name should not have been included on BMC’s roster for the Vuelta.

I maintain that raising the point that the tweet – and subsequent gazumping of the official release cost the rider money. That happened. Whether or not that is right, wrong or your are indifferent to it, nothing changes the fact that an announcement earlier than had been originally intended meant that confidentiality of the matter had been compromised and thus there was a financial penalty.

As I referenced in another response to McKay, “If it cost you, you’d be annoyed.”

Dennis was expressing his frustration and it was noted.

The transfer season opened on 1 August. News of riders moving from one team to another is now going to be common. Sometimes it will be done by the team, sometimes by the rider, sometimes by the media… and all of it adds to the wider discussion of pro cycling.

Again, as stated in response to McKay, the big story of Dennis’ transfer isn’t the manner in which the news was released rather the fact that it’s a mid-season change. This is something of a precedent and it’s an anomaly. It’s also something that we will discuss in greater detail in the up-coming edition of RIDE Cycling Review.