Trek-Segafredo has announced its line-up for the 2020 Tour de France. As expected, Richie Porte has been named as one of the leaders and the quest is “a good GC result”.

The names of the eight riders for Trek-Segafredo’s 2020 Tour de France campaign have been confirmed. The race begins in Nice on Saturday and the following men (listed in alphabetic order) will be on the roster of the US-registered team. 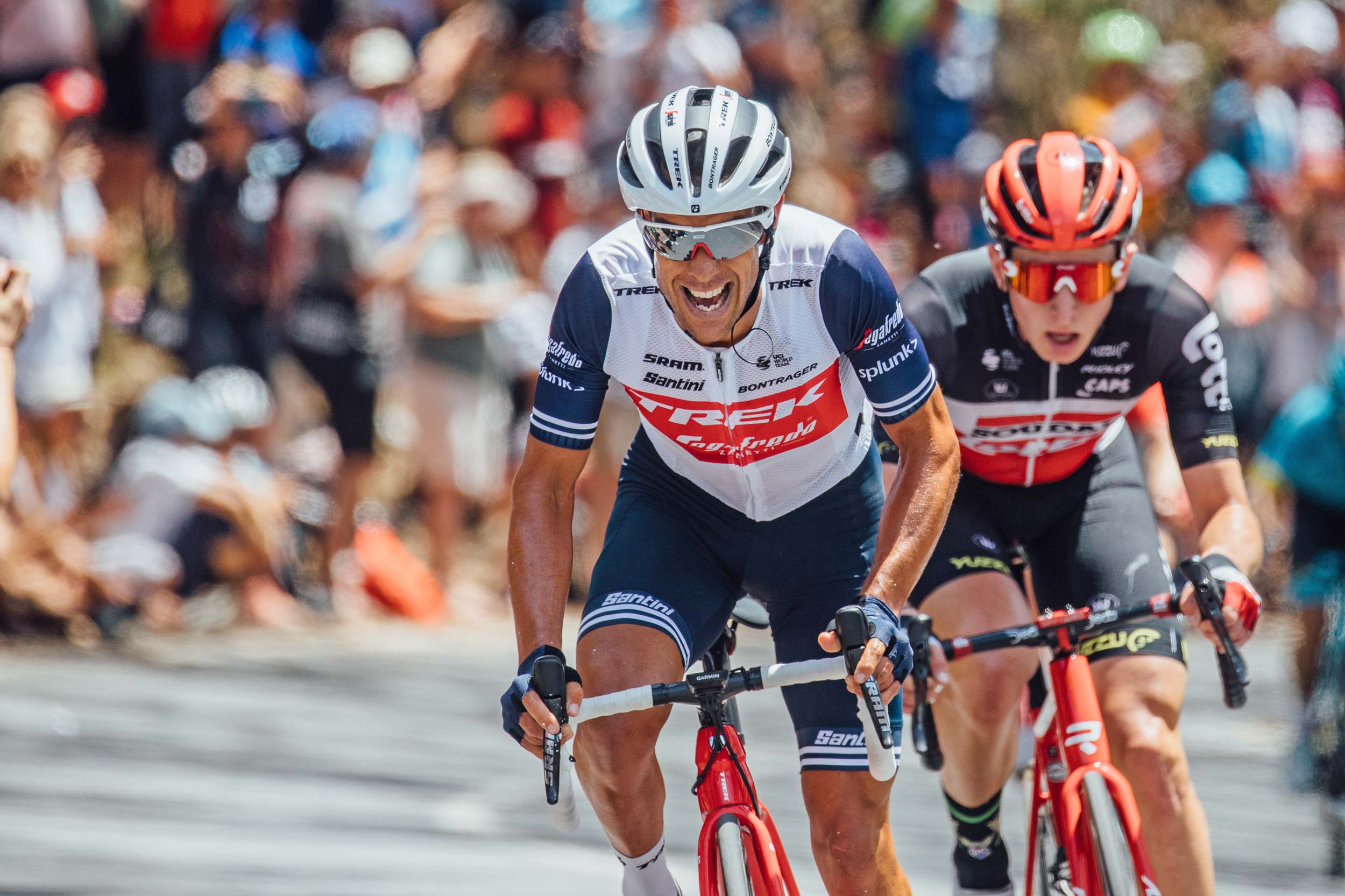 “The objective for me is to go for a good GC result, which aligns with the team objective, along with taking a stage along the way.”

As expected, the other leader will be Dutchman, Bauke Mollema who has finished in the top 10 overall several times, with sixth in 2013 his best result. 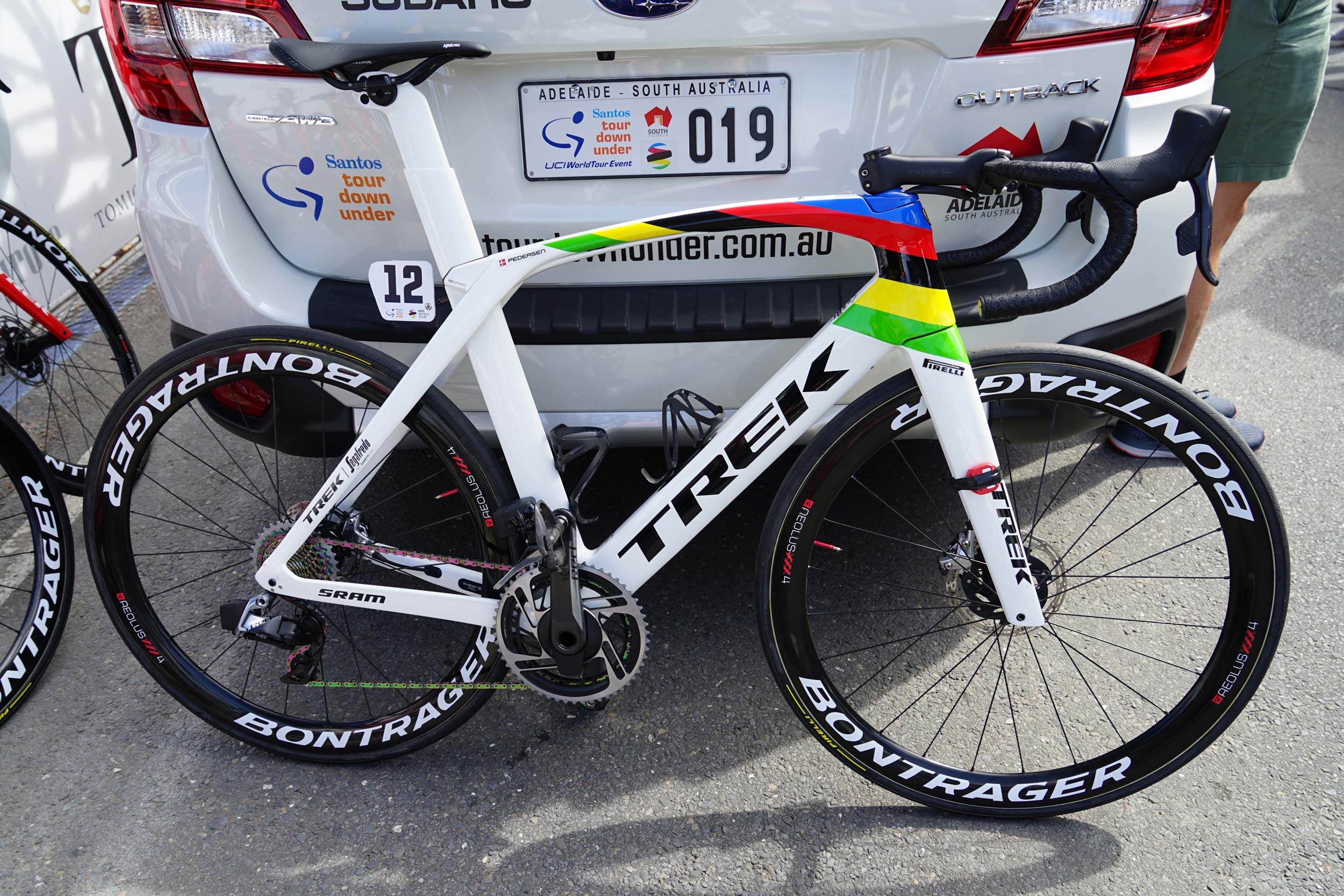 The rainbow jersey (and special-edition Trek bike) will be in the peloton of the 2020 Tour de France. The 2019 road race world champion, Mads Pedersen, will be one of the eight riders for Trek-Segafredo. (Photo: Rob Arnold)

Trek-Segafredo also has the 2014 Tour champion, Vincenzo Nibali, on the roster but the Sicilian will contest the Giro d’Italia (3-25 October 2020) instead.

Porte is one of only a few Australians to be named as a Tour starter in 2020, with fellow Monaco resident Caleb Ewan (the winner of three stages last year) named way back in June as one of the eight for the Belgian Lotto-Soudal team. 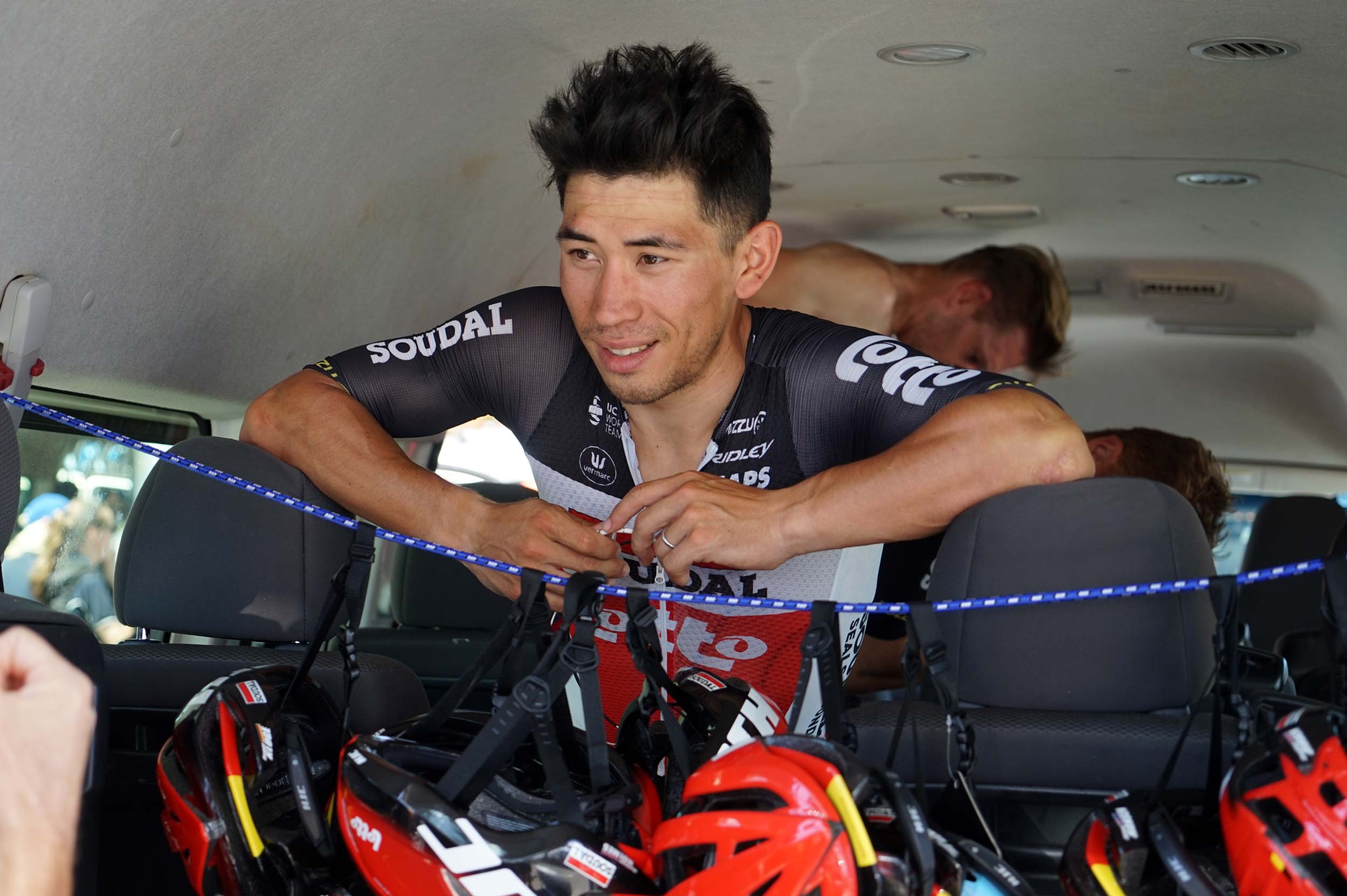 “This year the Tour has a really hard start,” Porte said in the team’s official release about the Tour line-up. “I know the roads around Nice well, I think the first day will be tricky and stressful like it always is.

“The second stage is like nothing I’ve ever seen before. I think it’s really going to be a decisive stage, tactically I don’t really know what to expect. Some of the stages, especially in the Alps, look pretty good for me. We just have to see what happens.” 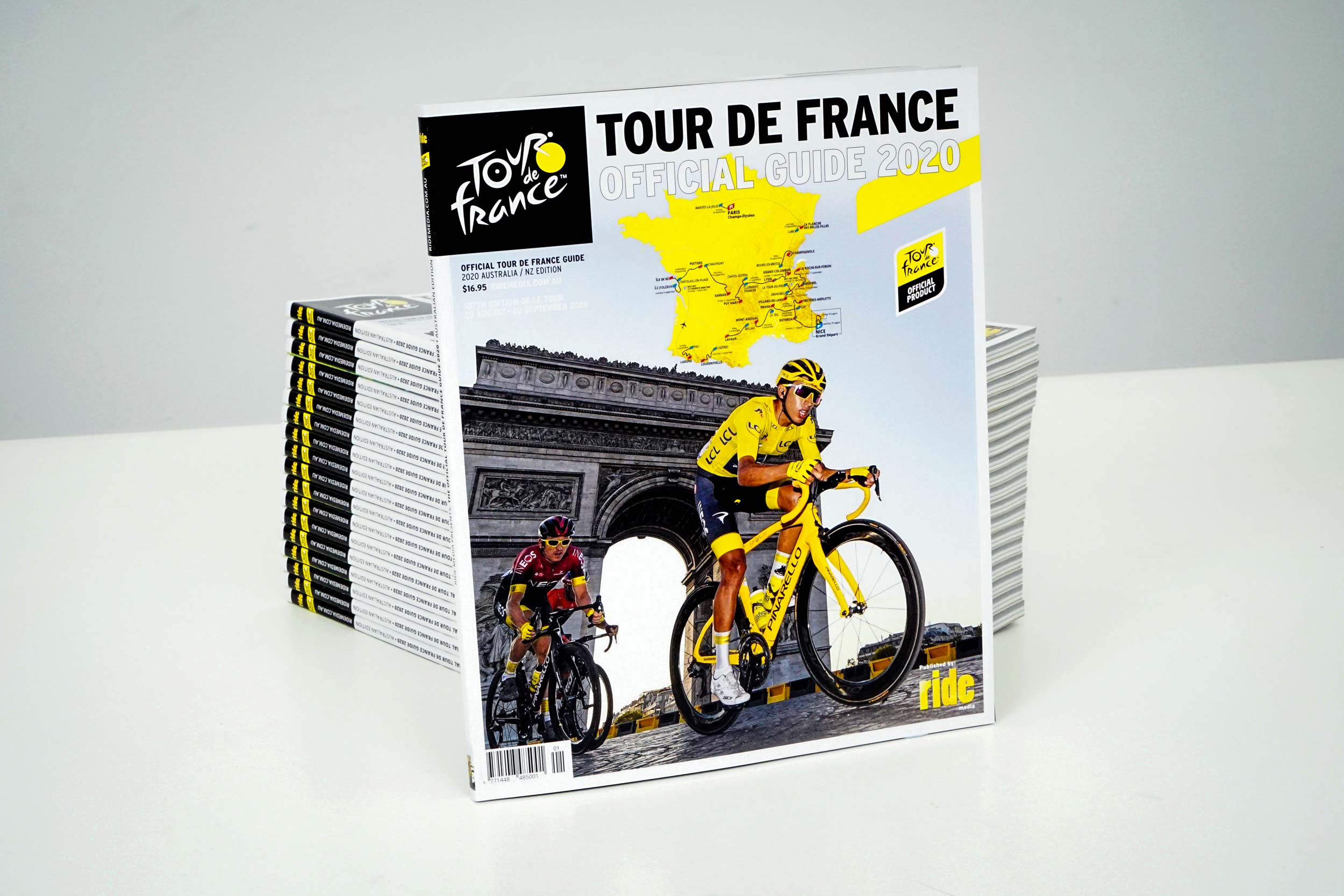 Although the interest in the Tour is high in Australia, there is no chance of the record of 12 Aussie starters being met this year. To date, only Porte and Ewan have been assured of a place in the peloton for the delayed 2020 Tour. Even the Australian-registered Mitchelton-Scott team doesn’t have any Australian rider in the Tour line-up this year. (MTS’s eight were named last week, featuring riders from Britain, Colombia, Denmark, Slovenia, South Africa, Spain and New Zealand.)

Still, the chances of the Aussies having an early impact is high. In 2019, while making his Tour debut, Ewan finished third in the opening in Brussels. He missed out on the yellow jersey by a few bike lengths after a tightly contested sprint in the Belgian capital. The terrain for stage one is undulating but a sprint is expected… and, if it comes to that, we could see an Aussie in the lead of the Tour on day one for a third time. 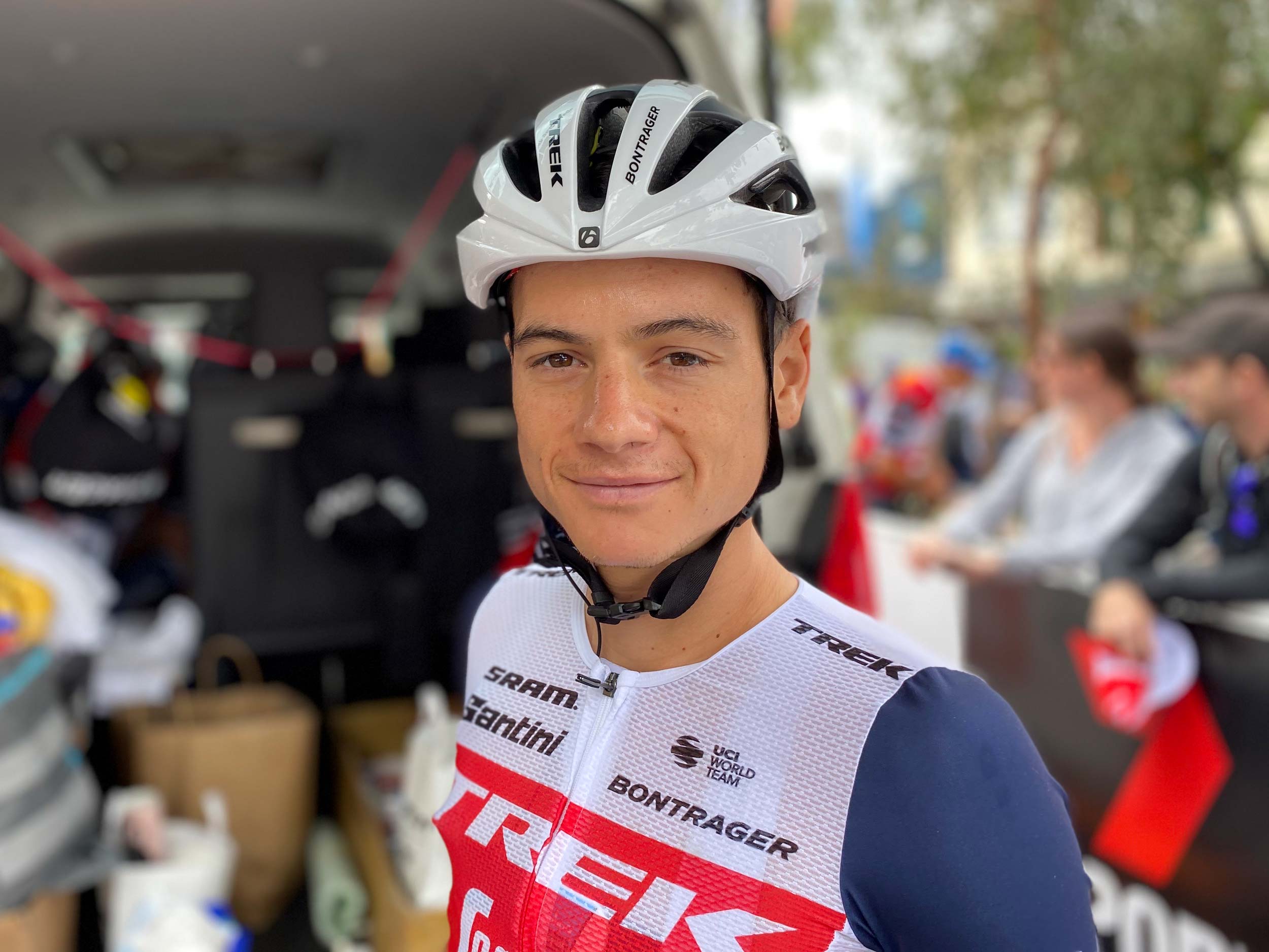 Kenny Elissonde will finally make his Tour de France debut as part of the Trek-Segafredo team in 2020. The Frenchman will be a key team-mate in the mountains for Richie Porte. (Photo: Rob Arnold)

The start of the 2015 Tour was when an Australian last wore the Tour’s yellow jersey; that was after a record-breaking time trial ride by Rohan Dennis in Utrecht while part of the BMC Racing line-up. Back then, Porte was still racing as a domestique for the eventual champion that year, Chris Froome. The next year, the Tasmanian joined BMC Racing and began a bid for personal glory in the Tour, with fifth his best overall result (2016). 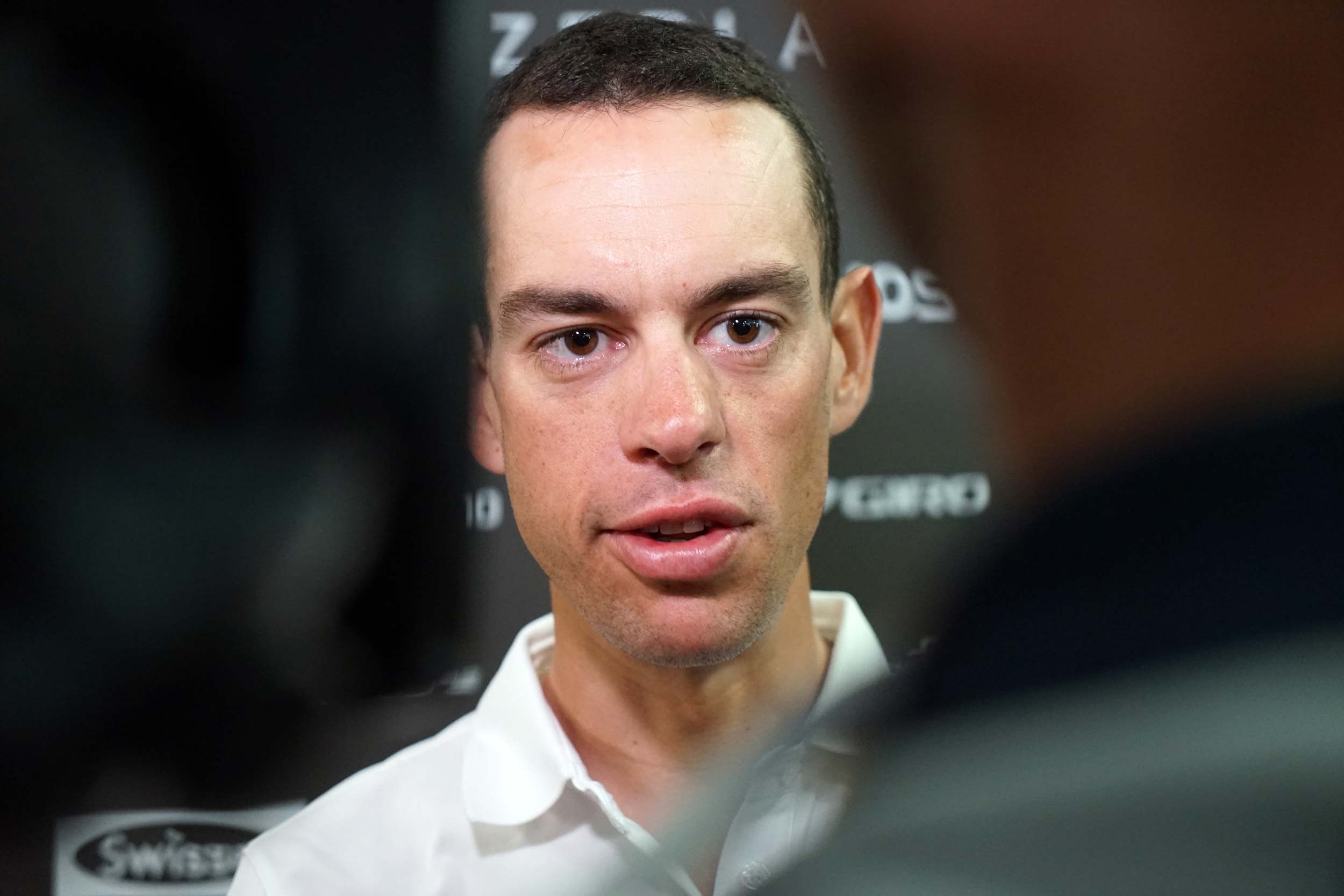 Richie Porte is about to start the Tour de France for a 10th time. He is trying to improve on his 5th place from 2016… but he’ll also be thinking about things happening away from the race, with his wife due to give birth to their second child next month. (Photo: Rob Arnold)

There were two years of misfortune, when Porte was out of the Tour because of crashes, both in stage nine – before he reached the parts of the course where he was really expected to shine.

In 2020, with the race beginning not far from Porte’s European base, there’s also an early chance for him to consider the leader’s yellow jersey. Stage two also starts and finishes in Nice but it includes many of the climbs in the region where Richie does much of his training.

The opening weekend promises to be an exciting time for cycling and it’s not unrealistic to think that there could be a couple of Aussies in contention for the yellow jersey. That would be a dream beginning, but it’s something Ewan and Porte will be quietly considering with only five days to go until race time.