Continuing the #RideDiary theme, here is an introduction to a video with my ride report about an adventure from Sydney Park to Bald Hill. This is the first of a two-part series about my first 100km+ ride since the lockdown ended…

Got ready early and set off without a clue where I’d end up. The BOM suggested a strong westerly was on the cards so, for someone in the centre of Sydney, the theme of ‘tailwind after the turnaround’ wasn’t an option. Well, it could have been, but I’m yet to find a neat, safe route from the city to the west and back. (If you know one, please ping me a note.)

Once out the door, the south was calling me. I can’t explain why but it just happened that way.

Once I was over Tom Uglys Bridge, it became clear to me that Bald Hill was on the itinerary… and so onwards I rode. (I’ve already explained the route options that exist after you reach The Shire in a previous Ride Diary, but this time I’m adding the video component… and a little extra commentary about a mid-ride product review.) 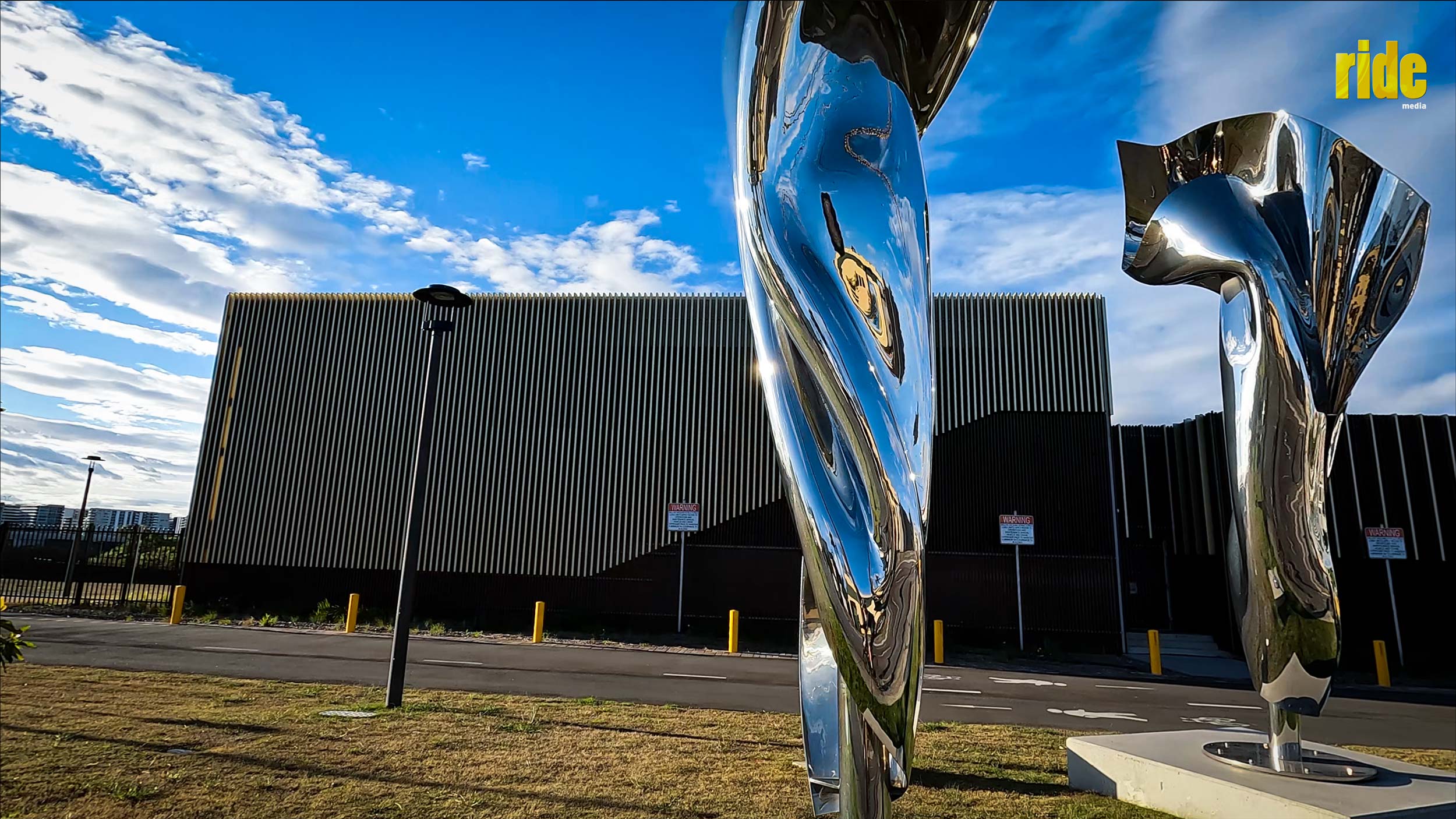 Sculptures by the motorway… some art along a new bike path in St Peters.

See, the thing is, on Saturday the BOM got it right. The wind did pick up. The wind did blow hard. The wind was from the west. And guess what? I was actually happy about that. Why? Because I’m reviewing wheels that are said to be good in crosswinds – and this would be a chance to test that claim.

As I crested the highpoint of the ride, on the approach to the beautiful surrounds of the Royal National Park, the sidewind was blowing… and, yep, I was happy about that. Why? Because the Zipp 353 NSW wheels do manage crosswinds very, very well. 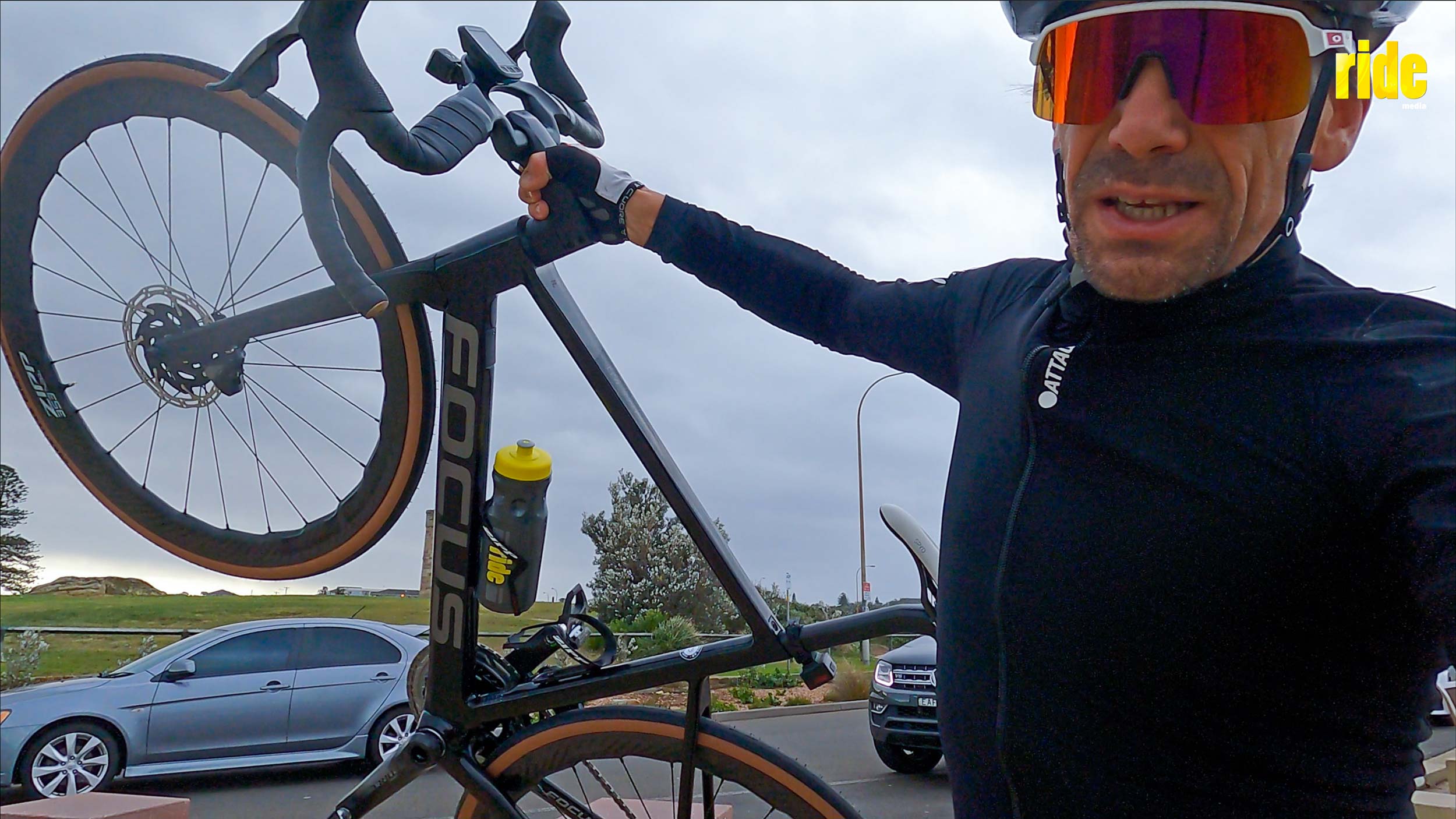 When stationary, any light modern road bike is going to be blown around in strong winds. But, I have started to learn, there are huge benefits from a clever rim shape when riding… watch the video for commentary about how the Zipp 353 NSW wheels handle crosswinds.

In the video you’ll see my reaction to the gusts. I’ve done similar rides on other wheels (and different bikes) and in conditions like what I experienced on Saturday, I’d have been struggling to hold the bike upright. The Zipp claims about the ridged design of the 353 NSW rims were echoing in my mind as I pootled along, not really being impacted by the nastiness that was causing branches to bend and trees to sing as breeze turned to wind, and wind turned to violent gusts.

Riding in control in conditions like that puts a smile on your face. I arrived at the turnaround point feeling invigorated rather than frightened. After topping up my bottle at Bald Hill, it was time to return to the city. (That’ll be part two of this mini-series of videos with the #StoryOfMyRide from Saturday 16 October 2021.) 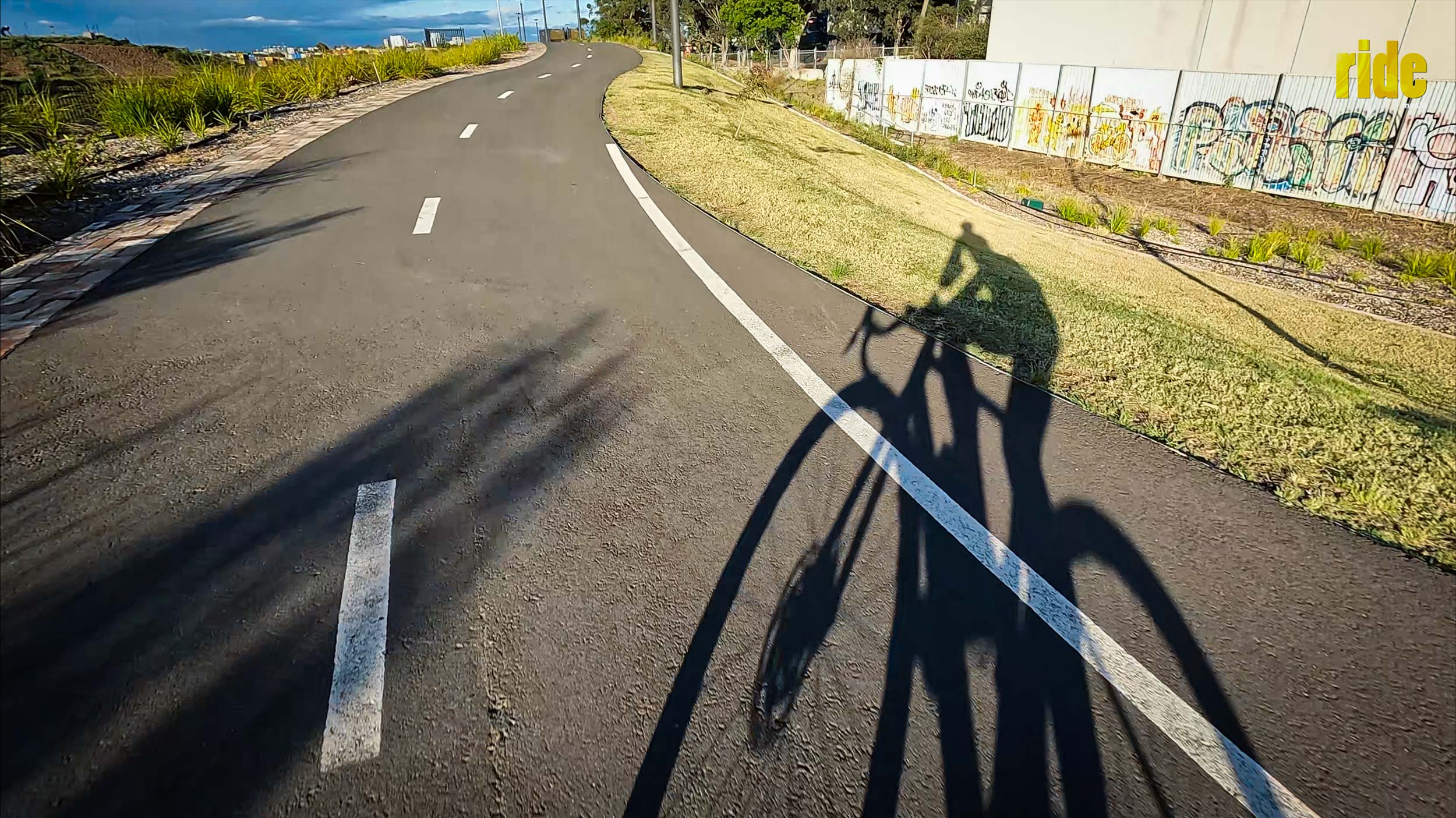 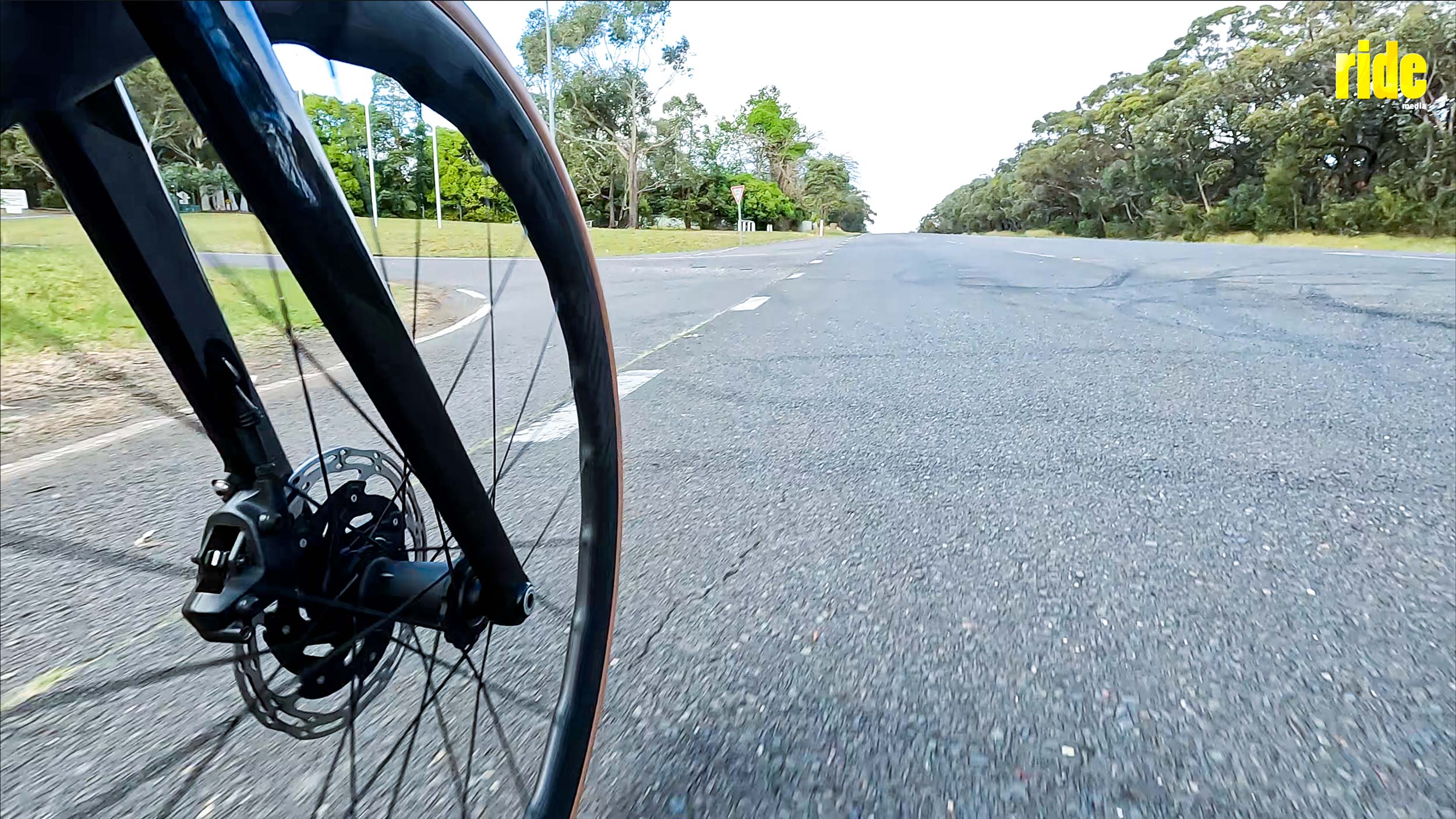 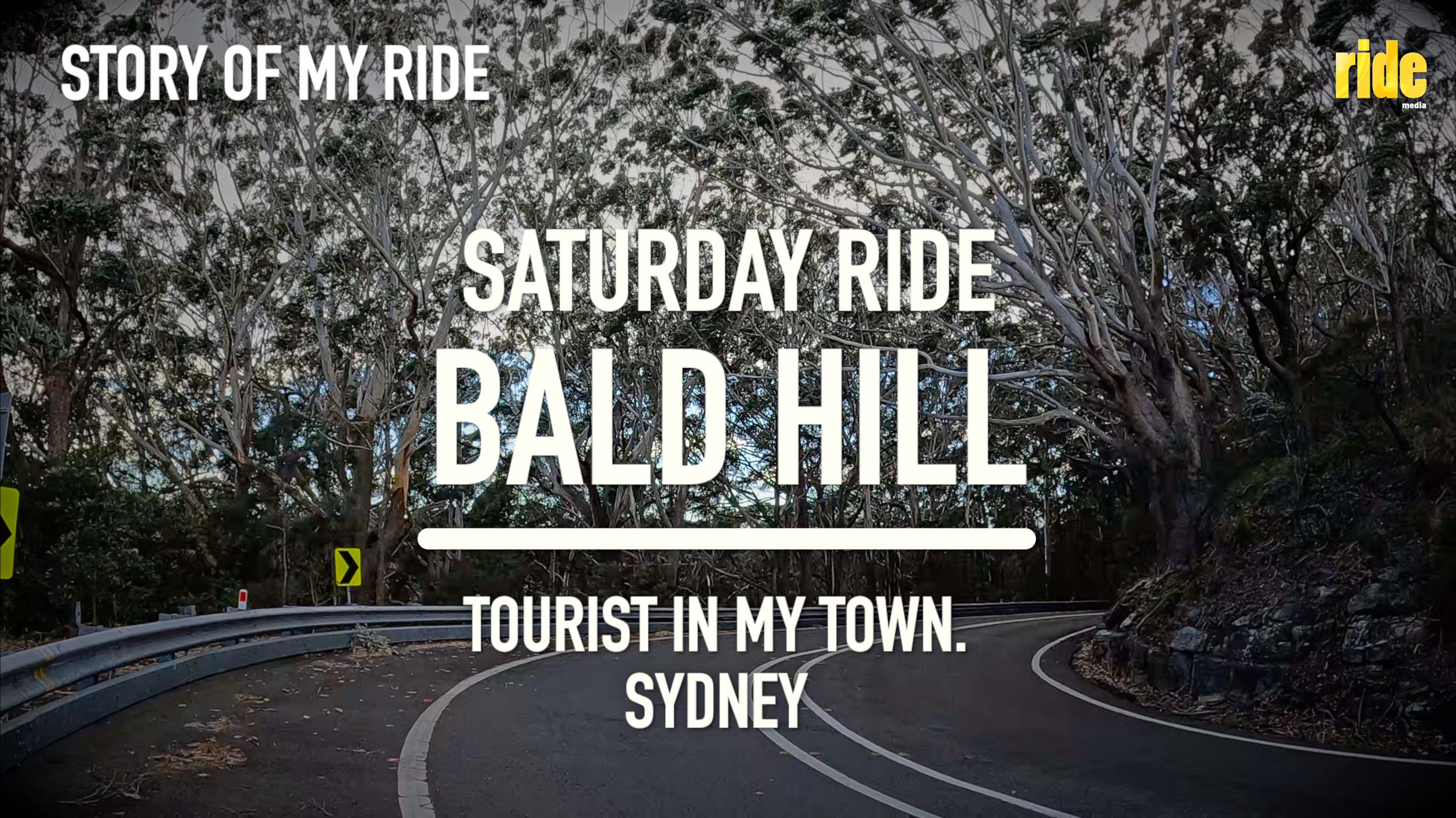