Ride Diary (Day 03): time to be a tourist in my town again – a quick pre-work work-out

Get up early. Get set quickly. Go…! Once you’re out the door, you’re committed and even if you begin without much direction, a ride outside can do wonders for your mood.

Yesterday didn’t play out as I had planned it. The rain came and the rain got heavier and heavier until I capitulated and abandoned the idea of a ride. It put me in a sour mood. For months I’d been craving all that comes with riding outside, and I had said (to myself) a few times: ‘I don’t even care if it’s wet or windy, when I get the chance, I’m going!’

But then day two of the post-lockdown stanza in Sydney came and went and I only got as far as kitting up… and then letting procrastination take hold. The result? Frustration. And I should have known better, but my hesitation came from the reality of not having been on the road at all for three months and the fact that it was torrential rain at exactly the time I’d planned to be out there in the elements.

I don’t mind getting wet when I’m riding and I’d adjusted my thinking several times: go on a casual ride; take some fuss-free bike paths; get in the car and go somewhere with largely traffic-free roads… etc. But I also had work to do and eventually I abandoned the idea and spent the day in front of the computer rather than out in the rain.

These things happen. It’s not the end of the world. And, as I’d learn today, it makes you appreciate it more when you do get clear conditions. 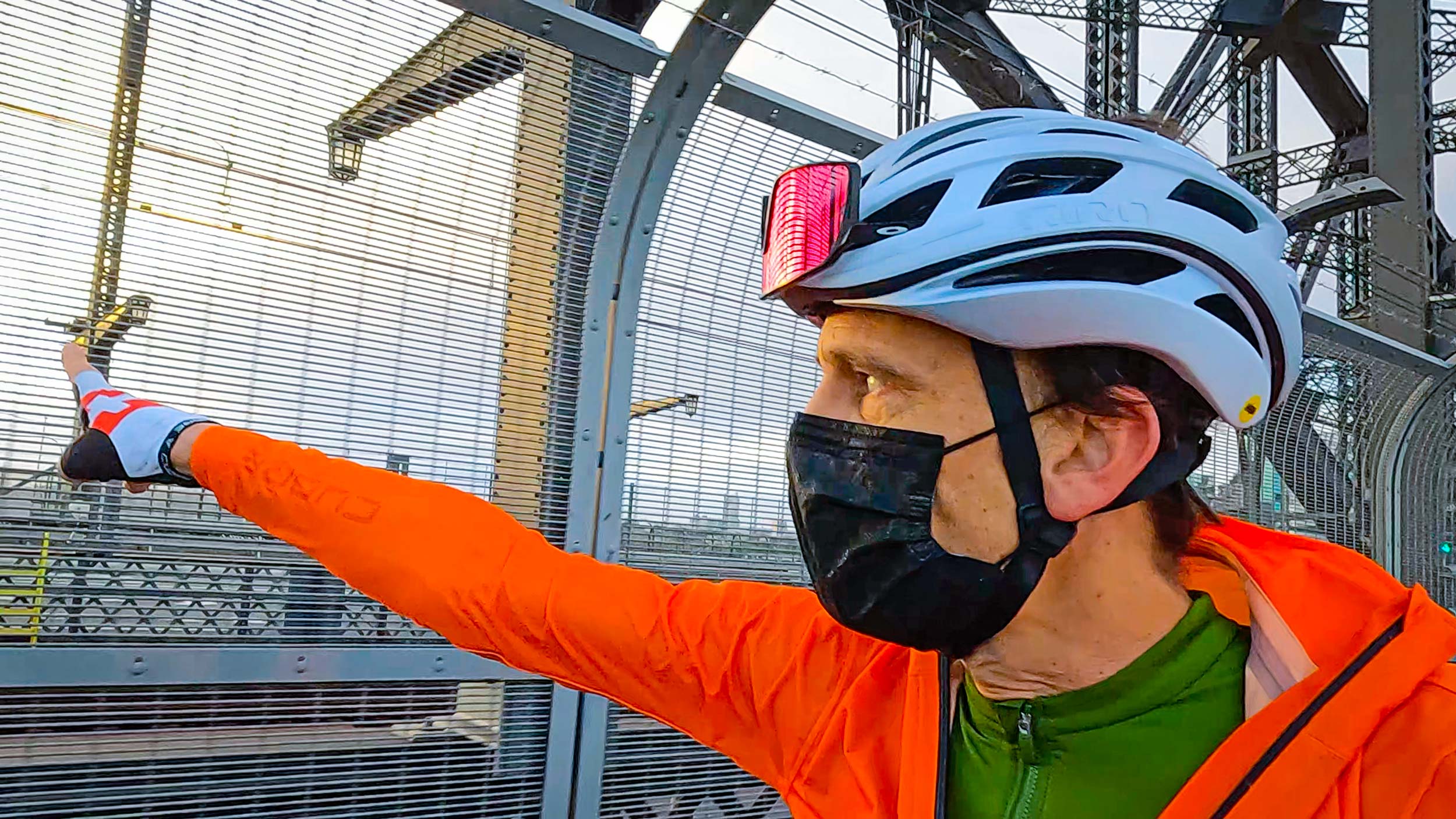 I set off early, clad in a glorious new bright orange Cuore rain jacket, expecting a repeat of yesterday morning when it went rapidly from threatening clouds to light drizzle to pouring rain and filthy wet roads. But the grey skies cleared up and there were even hints of blue on today’s adventure over the Harbour Bridge and onwards to the ‘Mosman Alps’. (Hahaahhha, that’s a Sydney-centric joke about a few climbs around the suburb that houses Taronga Zoo, and many wonderful views.)

To be clear, this was mapped out to be something of a dawdle, a chance to ride, to talk to the camera, to capture some nice morning light and get used to my bike again. It wasn’t going to be a smashfest, rather a return to the roads and a chance to take in the sights of a lovely part of my town.

Yep, I carried a face mask (a couple, actually… just in case I dropped one in a puddle while fitting it mid-ride or something). And yep, I did what I could to avoid places where there were plenty of people. It wasn’t a long ride but I got the chance to see a bit of Australian bush and roll through the beautiful angophora forest that Bradleys Head Road cuts through.

I’d see bush turkeys, a few other bike riders – some on their own, others in small bunches – and it was possible to squeeze in 45km with a bit of climbing all before 8.00am. It’s a great way to start the day.

This afternoon I plan to edit a video with footage collected this morning and, if you watch the RIDE Media YouTube channel, you’ll get to see some of the lovely places I went to earlier today. 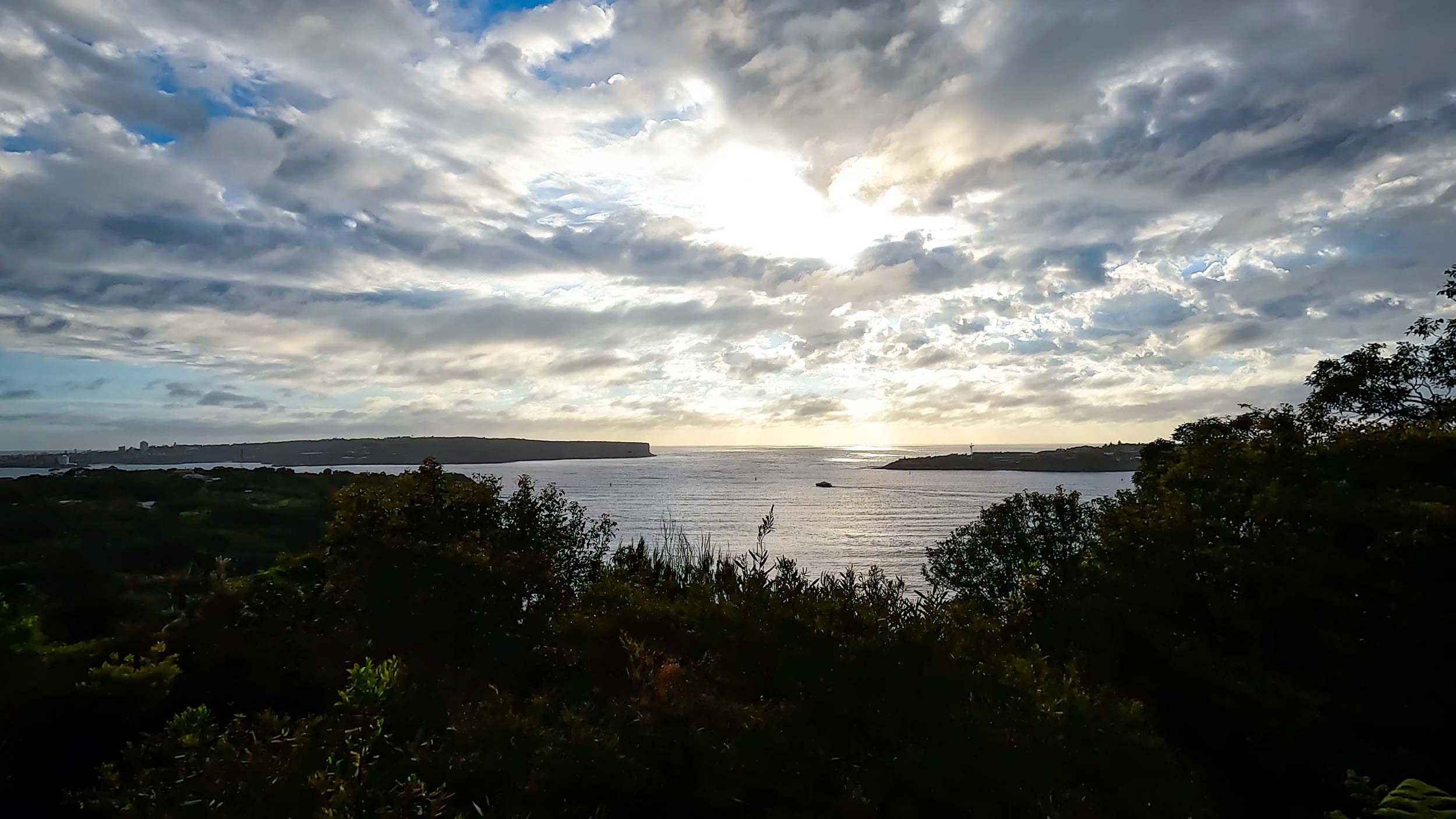 In case you missed previous entries to the #RideDiary (part 1 and part 2), today’s ride was my second one outside in 98 days. And that translates to a little lost confidence on the bike and a small period of adjustment to the many changes between riding on the smart trainer and riding in city traffic. Still, I felt good on the bike.

Actually, I felt better than good, and this has as much to do with the joy of being able to ride how I like to (ie. in the real world) as well as the fact that I’m benefitting from the form built up while riding the home trainer for three months.

My Strava file for today features a few interesting highlights, including good uphill and downhill times – not quite PBs, but certainly encouraging considering the long hiatus from riding on the road. There’s a sense of satisfaction and it’s also worth noting that I’ve never been interesting in beating myself on Strava, so the times today weren’t because I was trying to be better than before, it just happened that way.

Enthusiasm + excitement + good form + good equipment* = results that were good… even without any extraordinary effort.

On some of the climbs today, I was filming and talking to the camera, so to see the power chart and compare it to what I’d been doing before lockdown has been interesting. 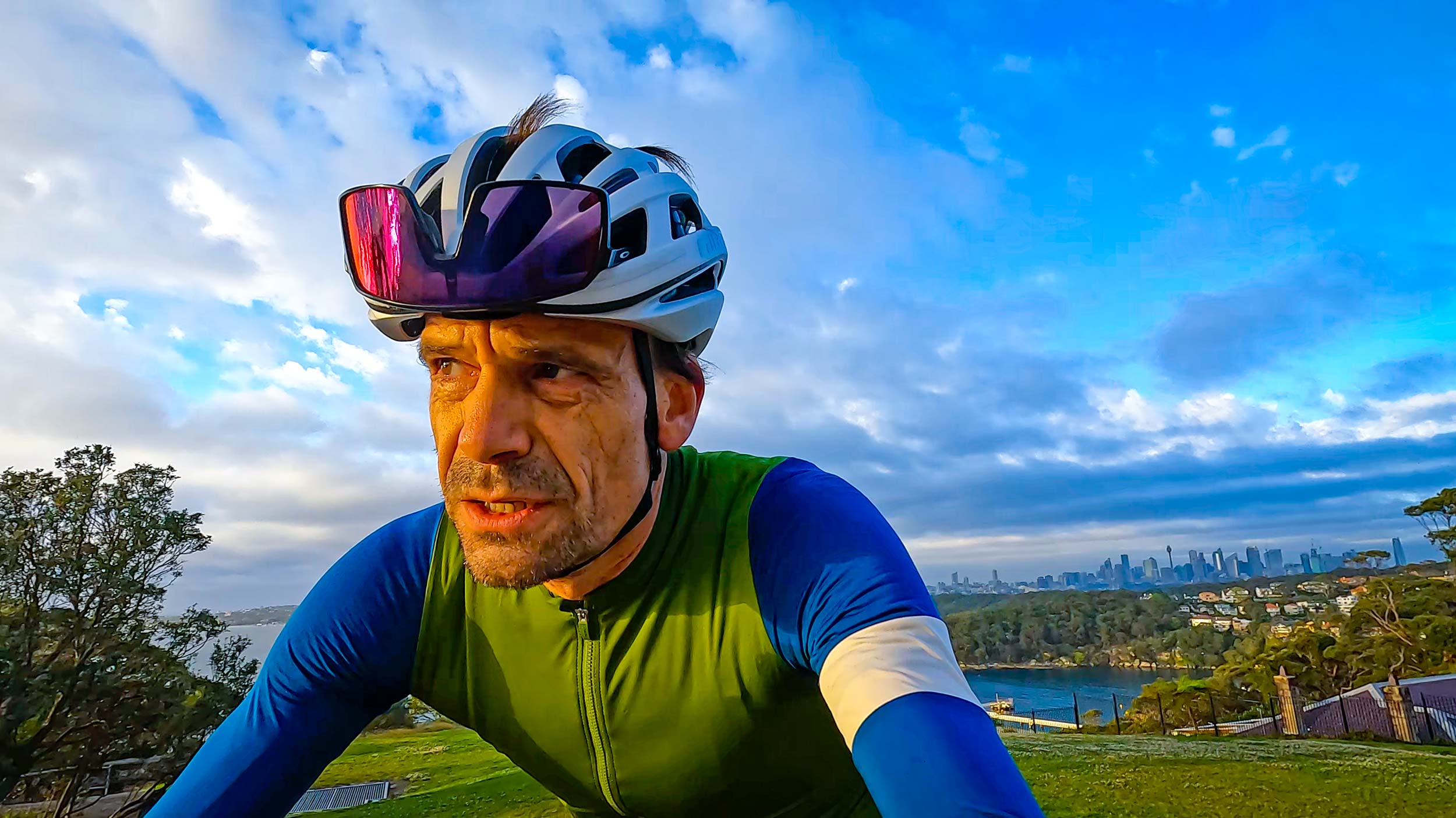 All things considered, I’m surprised by the early rides back on the road. I’ve been cycling long enough to know that you don’t lose all technique because of a hiatus – even one of almost 100 days. Riding a bike, as they say, is like riding a bike… once you learn how to do it, you don’t forget. Had I not ridden on the home trainer, however, I’d have been building form now, rather than exploiting it. So, from the frustration of being stuck inside come benefits now that I’m riding outside again. Duh. It seems obvious, so forgive me the lengthy explanation of my sensations.

Feeling good on the bike is rewarding on many levels. Most cyclists know what I’m talking about. And it’s not just about going fast – or, rather, faster than I expected. That’s part of the satisfaction but the best bit about this morning’s ride was… well, quite simply being outside again, going places I know are beautiful, and seeing some part of Sydney that I’ve missed while in lockdown.

Ah yes, he writes for the umpteenth time, it’s great to ride a bike. I’ve known this for years but it’s great to be reminded about one of life’s simple pleasures.

*There’s plenty to be said about the Zipp NSW 353 wheels and Goodyear Eagle F1 tyres but I’ll get to that in good time, when I’ve had a bit more time using them outside and noting the changes to the (many) other wheel/tyre combinations I’ve had on my bike in the past year. 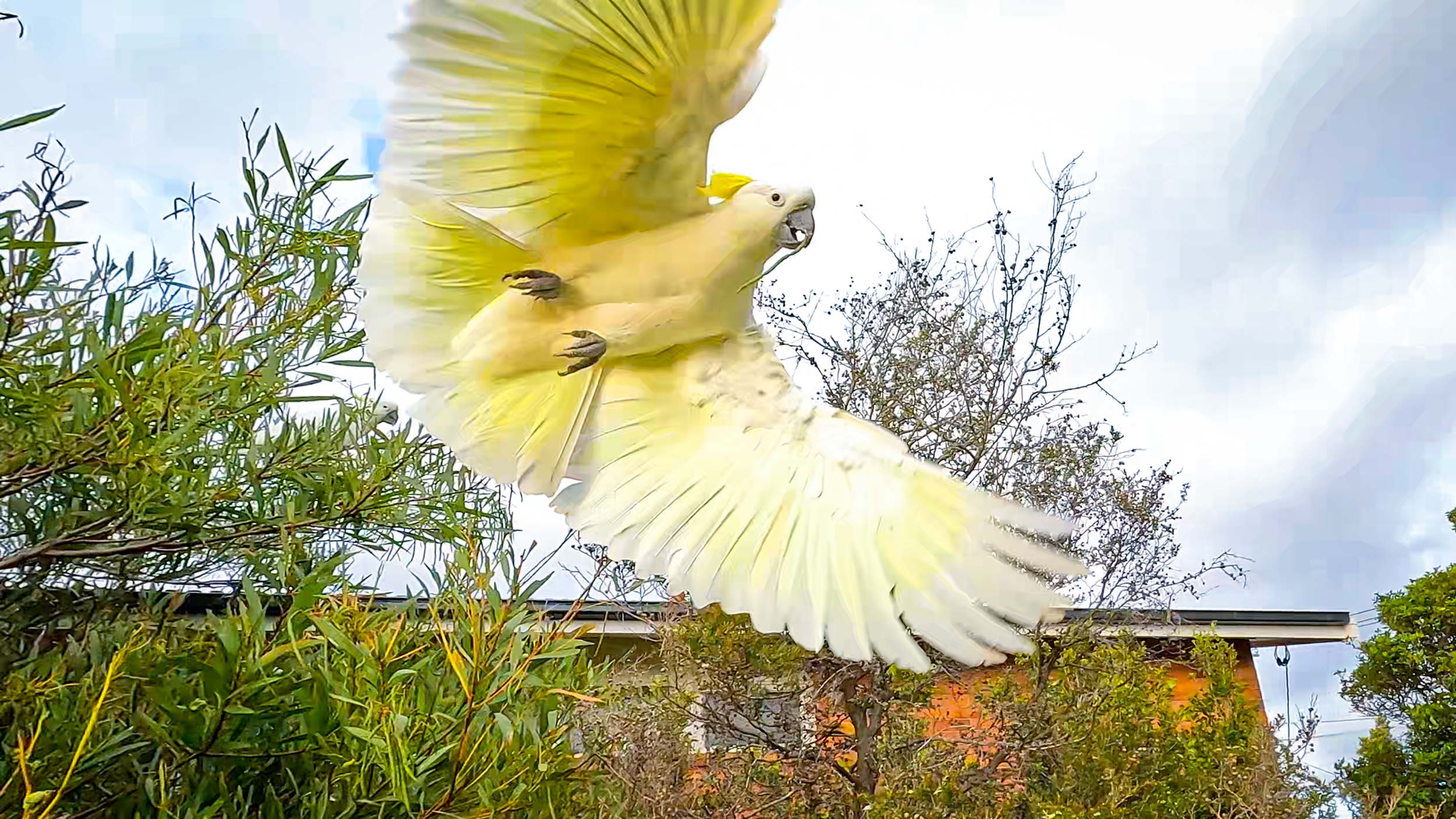