The first week back on the bike after the production period for the ‘Tour Guide’ included four rides, lovely scenery, and plenty of motivation… this is the story of my ride on Sydney on the Sunday morning before the winter solstice.

A late night out didn’t stop me from getting up early on a lovely Sunday morning and going for a ride. Motivation was high, the weather was good, and the traffic was even relatively tame… so to the north I went. Eventually I decided that I’d do the ‘Three Gorges’ loop, which I like to do in this order: Bobbin Head, Berowra Waters, then Galston Gorge.

I’d been to see The Jezabels the night before and it put me in a great mood. Still, in typical style, I wasn’t sure where I’d end up… or if my legs would even be up to the task of a few hours on the bike.

The good news was: I had plenty of energy and the forecast of “80 percent chance of rain” didn’t come to fruition (early in the day). 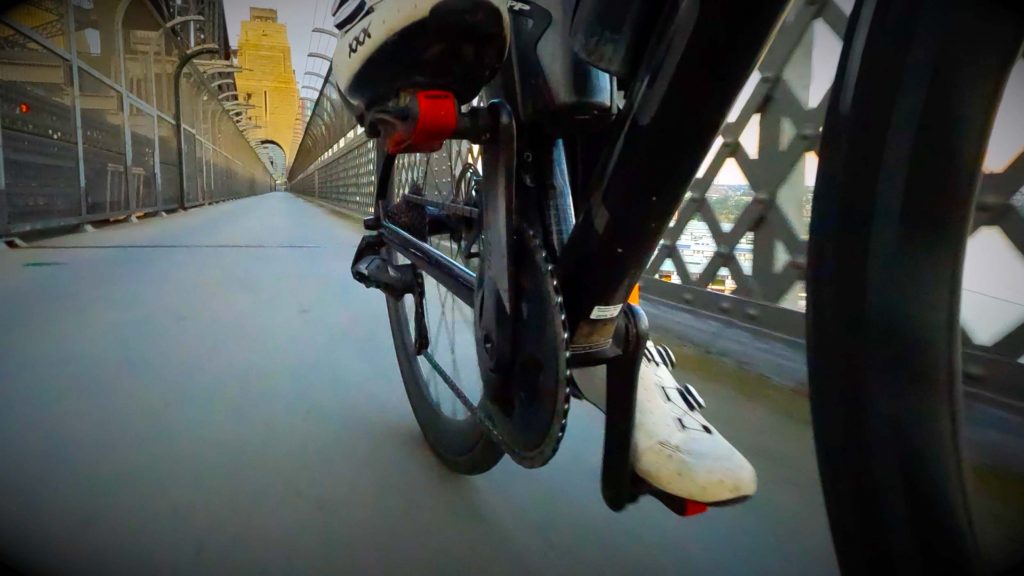 The bad news: my GoPro battery was playing up and the camera sporadically turned off mid-sentence during what became quite a long, eclectic conversation on a ride that covered 110km with around 1,600m of climbing.

(Note: when it’s dark, I use a Zeus Mini light on my GoPro. Once the sun was up, I took the light off and the battery sparked back into life… I’m not sure if that was the reason why I could keep filming, or if the Hero10 just didn’t like me recording long clips. If you know more about this sort of stuff, please get in touch.) 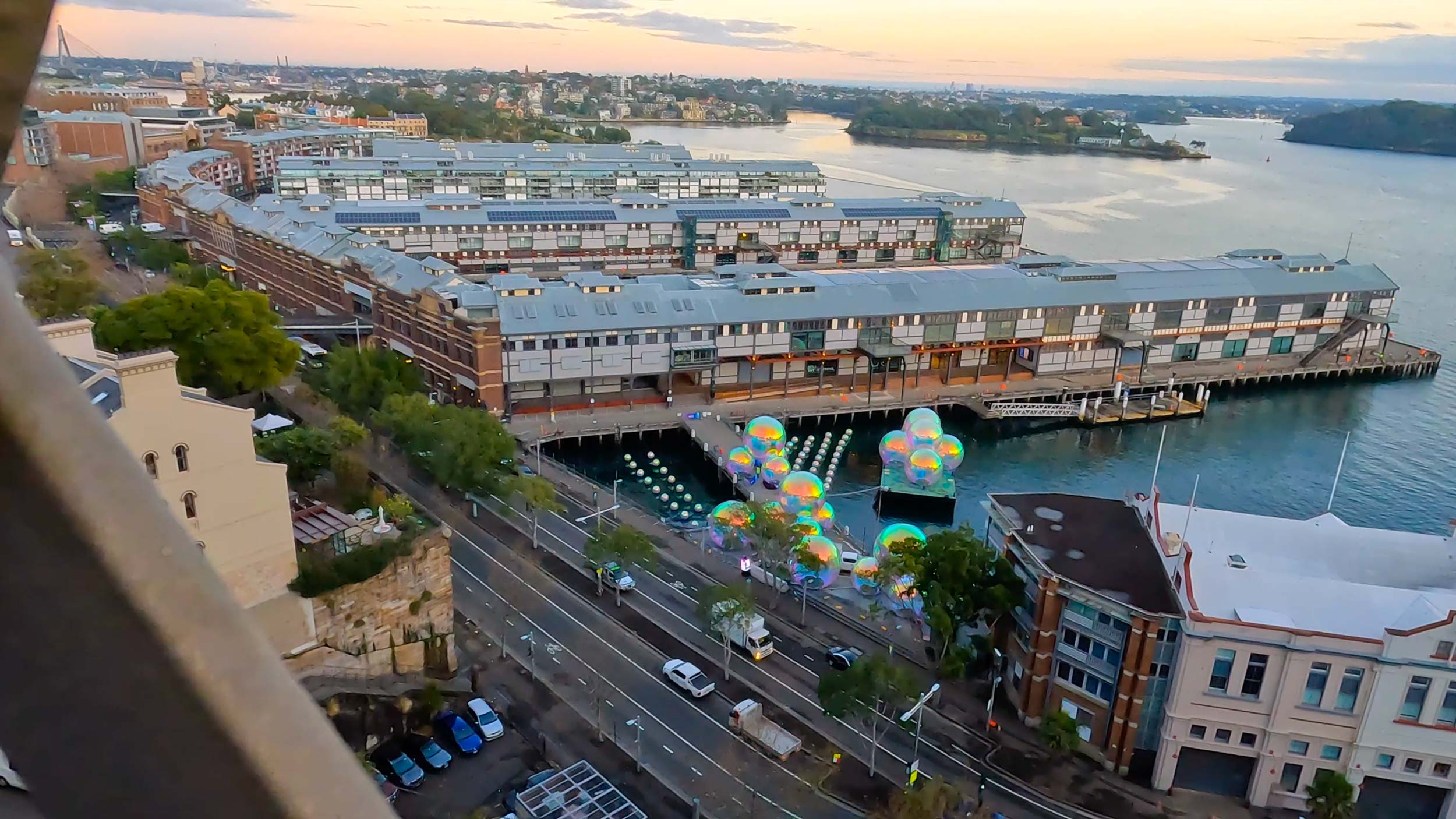 On the approach to the first of the three gorges, I bumped into Grant Kepler, the president of the Manly Warringah Cycling Club, at the North Turramurra shops. After pocketing a couple of pastries that would serve me well later in the ride, Grant and I had a quick chat about ‘Club Land’ and how things have evolved since the formation of AusCycling.

Kepler had raced at Heffron Park on Saturday afternoon, and he lamented how numbers were down even though membership of his club is strong. He told me how he thought it was a healthy scene in Sydney’s northern suburbs in 2022 but also that of the ±750 members at MWCC, only around 200-250 are active in the racing scene.

It got me wondering about the state of cycling in Australia and, when I was back on the bike, I raised the topic before taking the descent down Bobbin Head Road. Alas, the battery on my camera ran out of puff and, as you’ll see in the video, I never really finished that line of discussion.

Still, I did go on to ask the question: what is your take on AusCycling? If you’ve got anything you’d like to share on the topic, please leave a comment and/or get in touch via email. I’m interested to know what cycling club life is like in Australia in 2022. 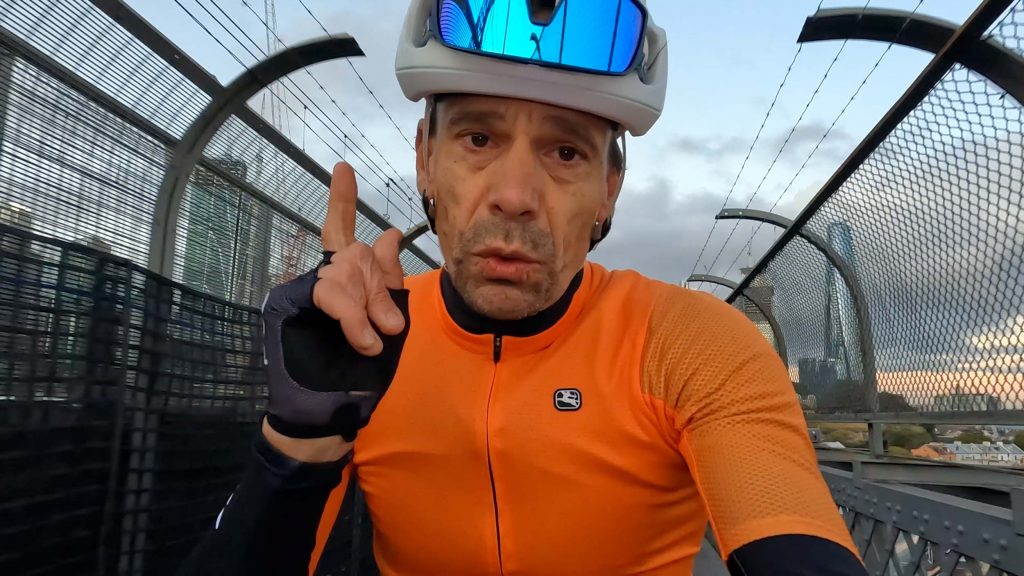 This #RideDiary largely serves to introduce a new video upload on RIDE Media’s YouTube channel. But it also raises a few lines of conversation about cycling in Sydney. As well as talking about some of the usual themes – ie. traffic, pastries, scenery, fun descents, and places to ride – I begin the #StoryOfMyRide by explaining why I’m wearing a summer jersey over a winter riding jacket.

Bright clothing is a pet topic of mine, especially when the days are so short and the conditions are cool.

There’s more good news to report since that ride a couple of days ago: Cuore now does have a brilliant bright orange winter jacket in stock… and I’ll explain more about this glorious garment in a future product review. Suffice to say, I’ll now no longer have to wear my short-sleeve jersey over a dark riding jacket.

Click the images of the jersey above – from Cuore’s Buckland Collection – to see larger photos of what has immediately become my favourite winter cycling jacket. Not only is it a fantastic fitted design in a gloriously bright orange, but it also boasts an ‘Active Shield’ layer to protect you from the wind. (Fantastic jersey… product review to follow after some more time wearing it on the bike.) 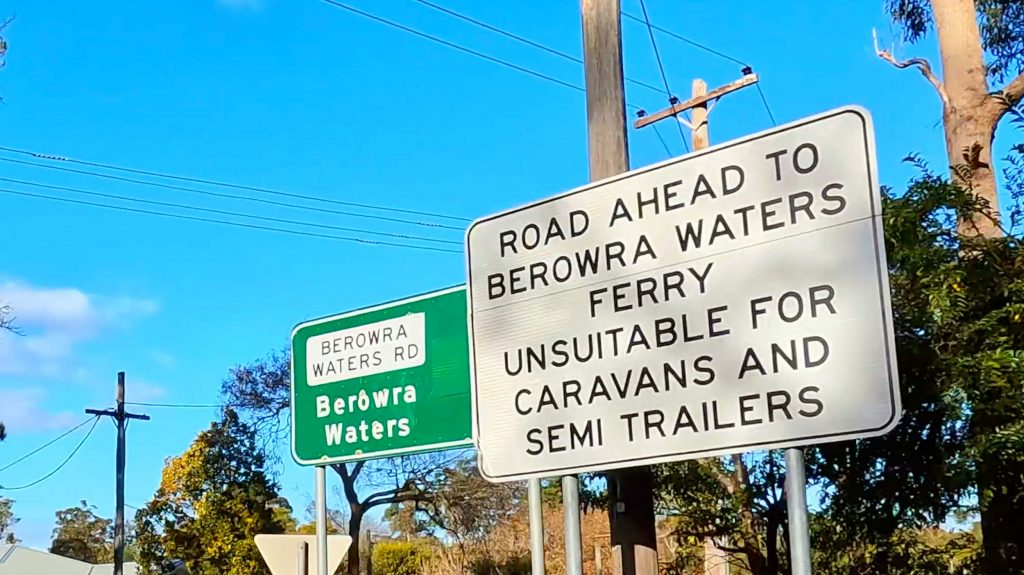 My first week back on the bike reminded me how easy it is to find a bit of happiness while getting some exercise and taking in the sights of my city. Sydney isn’t always an ideal place for bike riders, but if you manage to get the timing right – when there’s minimal traffic and good weather – it can be a wonderful place to ride.

There has been plenty of rain this year and that has affected roads in and around the city, including the approach to Galston Gorge which had been closed for repairs, but it’s open again and it’s part of a great loop many cyclists in Sydney know about.

I’m thrilled to be riding again and, in the coming days and weeks, I hope to share a lot more about the things I get up to when I’m lucky enough to get time on my bike. 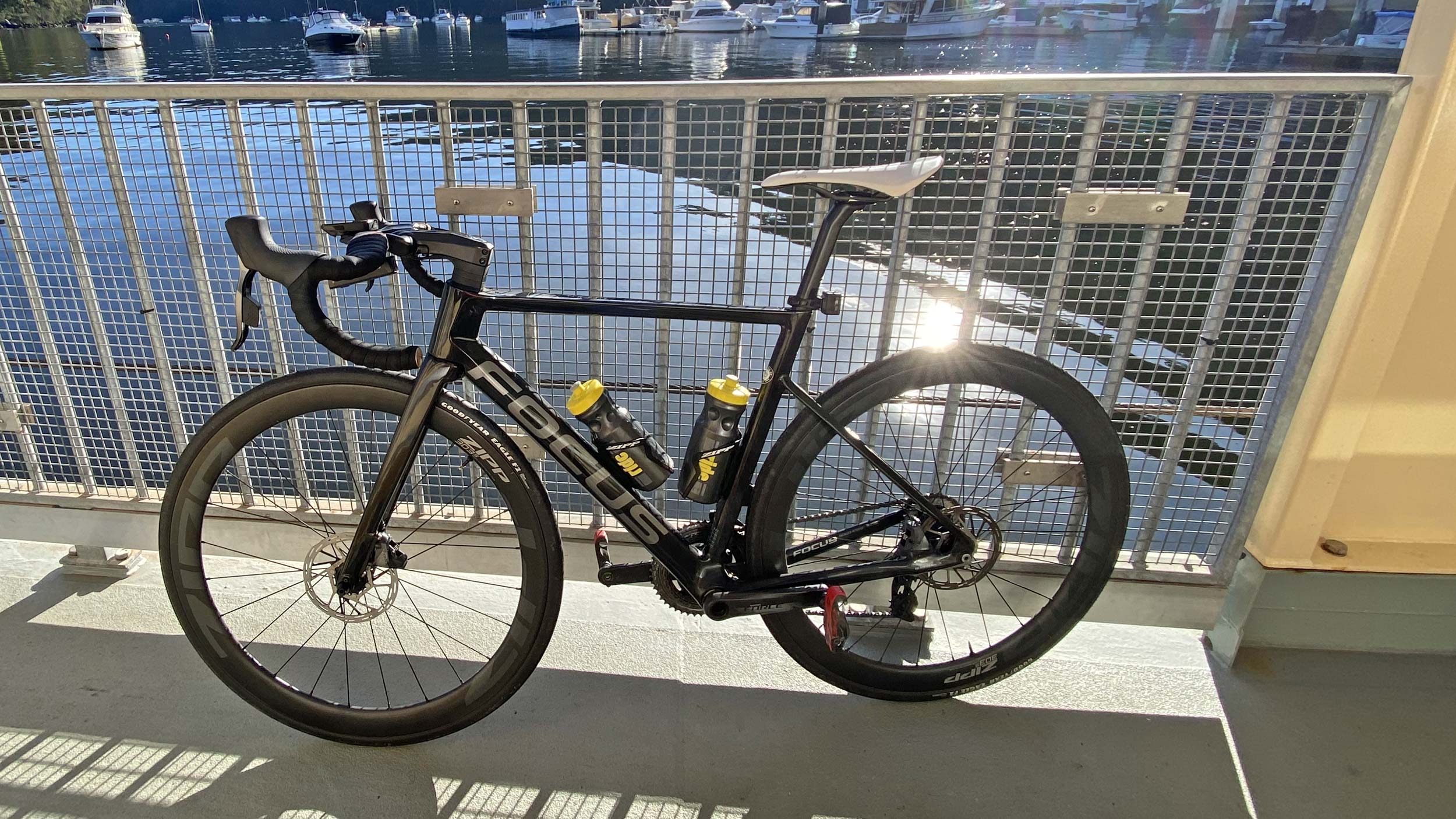