If you ride in Sydney, you know there are patches of cycling paradise south and north of the city. After Saturday’s adventure to Bald Hill, the logical next destination was Ku-ring-gai National Park… that’s where I went on Sunday.

With the strong winds of Saturday quelled, stars still in the sky, and a touch of warmth to the early-morning air on Sunday it didn’t take much prompting to get out of bed. The bike was ready and, to round out the first week of being back on the road, it was obvious where I had to go. Still, the exact decision of my destination wasn’t made until I was almost there.

The only plan was: go! And that’s what I did. Once I was rolling, the options opened up and yet the thought was always there in the back of my mind: Ku-ring-gai – it was calling me. This sprawling National Park to the north of Sydney is cycling paradise but it’s known by many other names. Few would ever say, ‘Hey, let’s ride Ku-ring-gai Chase National Park today…’ even though that’s exactly what a lot of cyclists in Sydney do most weekends (and, to be frank, weekdays too).

There are other titles, and they lure you in quickly. There are a range of destinations that have become names for rides: Bobbo (ie. Bobbin Head), Akuna Bay, Cottage Point, McCarrs Creek (no apostrophe, which always irks me)… these are places people ride to. Ku-ring-gai Chase National Park just happens to be where these spots are.

Mention a ride to ‘West Head’ and it’ll spark a response. Who wouldn’t want to ride there? It’s a perfect road with regular, rolling hills and even a few difficult climbs that put you to the test (if you’re feeling energetic and want to accept the challenge of the gradient). Once in the sanctuary of the Ku-ring-gai Chase National Park, there are no traffic lights or other such frustrations.

The West Head turnaround is made for Instagram, but no one needs me to explain the obvious. The lookout offers hypnotic views of Pittwater, with Barrenjoey Head across the water, and an ever-changing sunlight that somehow seems to break through any lingering clouds when I visit. Maybe it’s just my state of mind upon arrival at the West Head lookout, but everything always seems a lot clearer when I’m there. 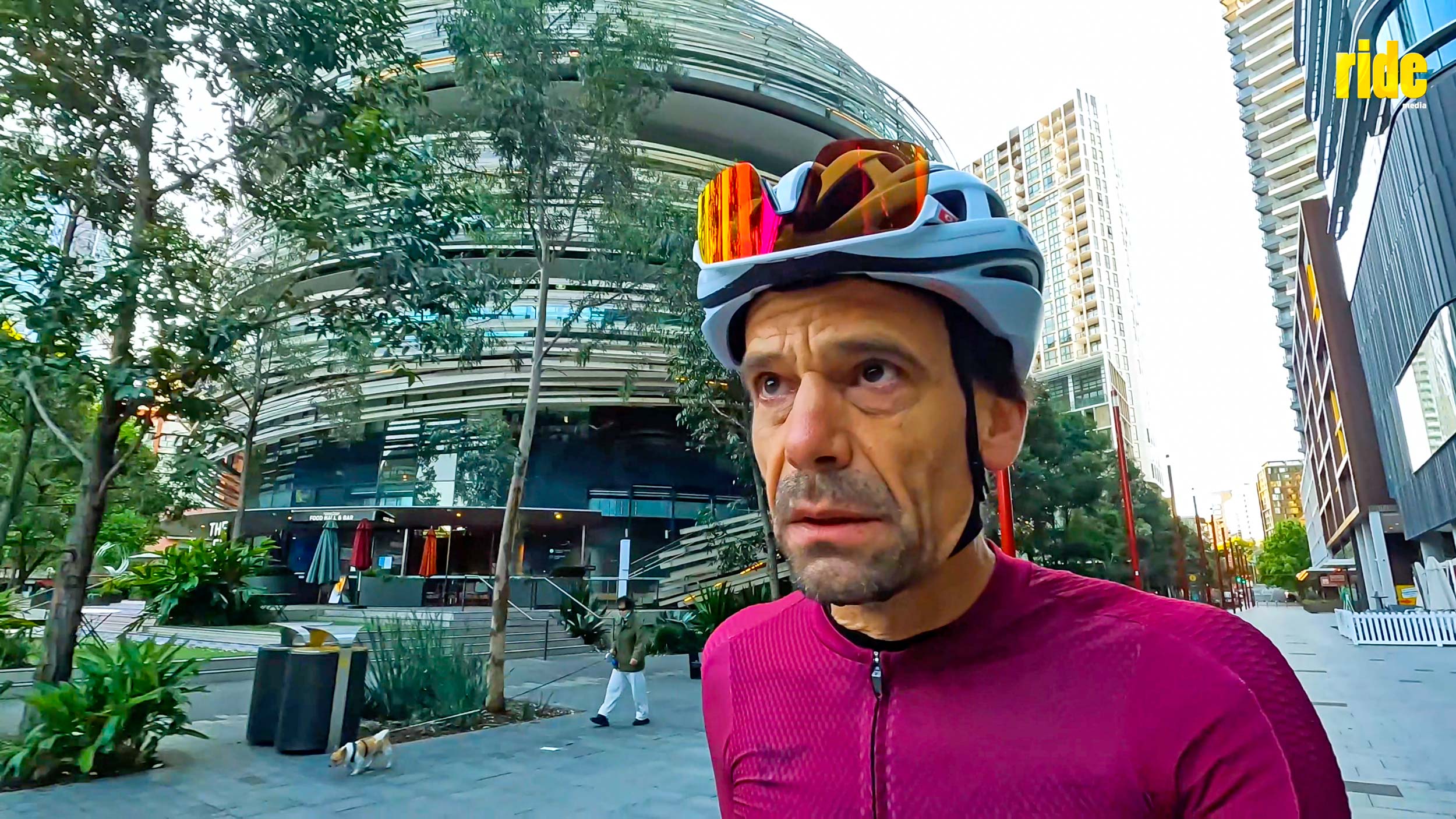 Once I’ve crossed the Harbour Bridge, I’ve made the commitment to ride in the northern suburbs. And once I’m in the vicinity, it’s common to declare: ‘Stuff it, I’ll take a few extra hours and go to West Head…’

Last Sunday, that was part of my (very) lose plan. “Where are you going?” a few people asked while I weaved my way further north via the Spit Bridge, up to Seaforth, down to Manly, up to Freshwater, and over that bastard of a climb before Dee Why.

“Not sure,” I’d reply. “Still working it out.” In the back of my mind, however, there’s always the roads through the bush of Ku-ring-gai. If I get over the Griffin Road hill, and as far as the lagoon just beyond the Dee Why coffee shops, the next destination is usually somewhere in Ku-ring-gai Chase National Park. 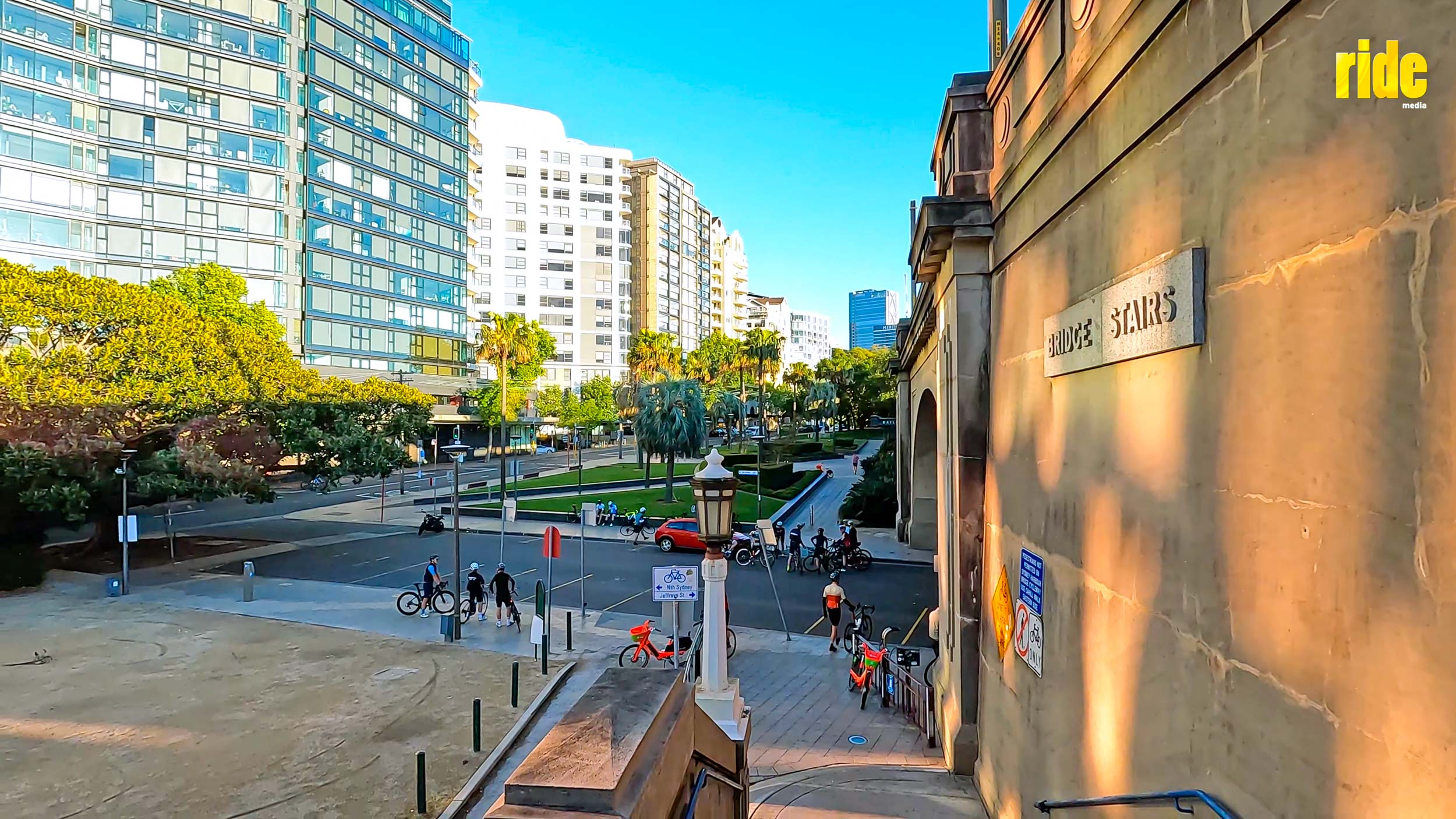 After 115km on Saturday, there wasn’t any urgency for another long ride. But the weather was good on Sunday and, after chatting with a little group of four very enthusiastic women who let me join their little peloton briefly for the grovel over Griffin and down to Dee Why, I’d reached that point in the ride when I had to decide. Turn around? Or keep going?

Of course, it was option B. Onwards I went, along the bike path away from Dee Why, through that patch of apartment buildings, then turning right onto Pittwater Road… and to the north. To the National Park. To cycling paradise.

When I got to the busy six-lane north-south thoroughfare and the vibe of traffic was still calm, I couldn’t believe my luck. I’m not a big fan of Pittwater Road but on Sunday it was welcoming with only mild traffic (early in the morning) and the perpetual chatter of one bunch of cyclists after another. 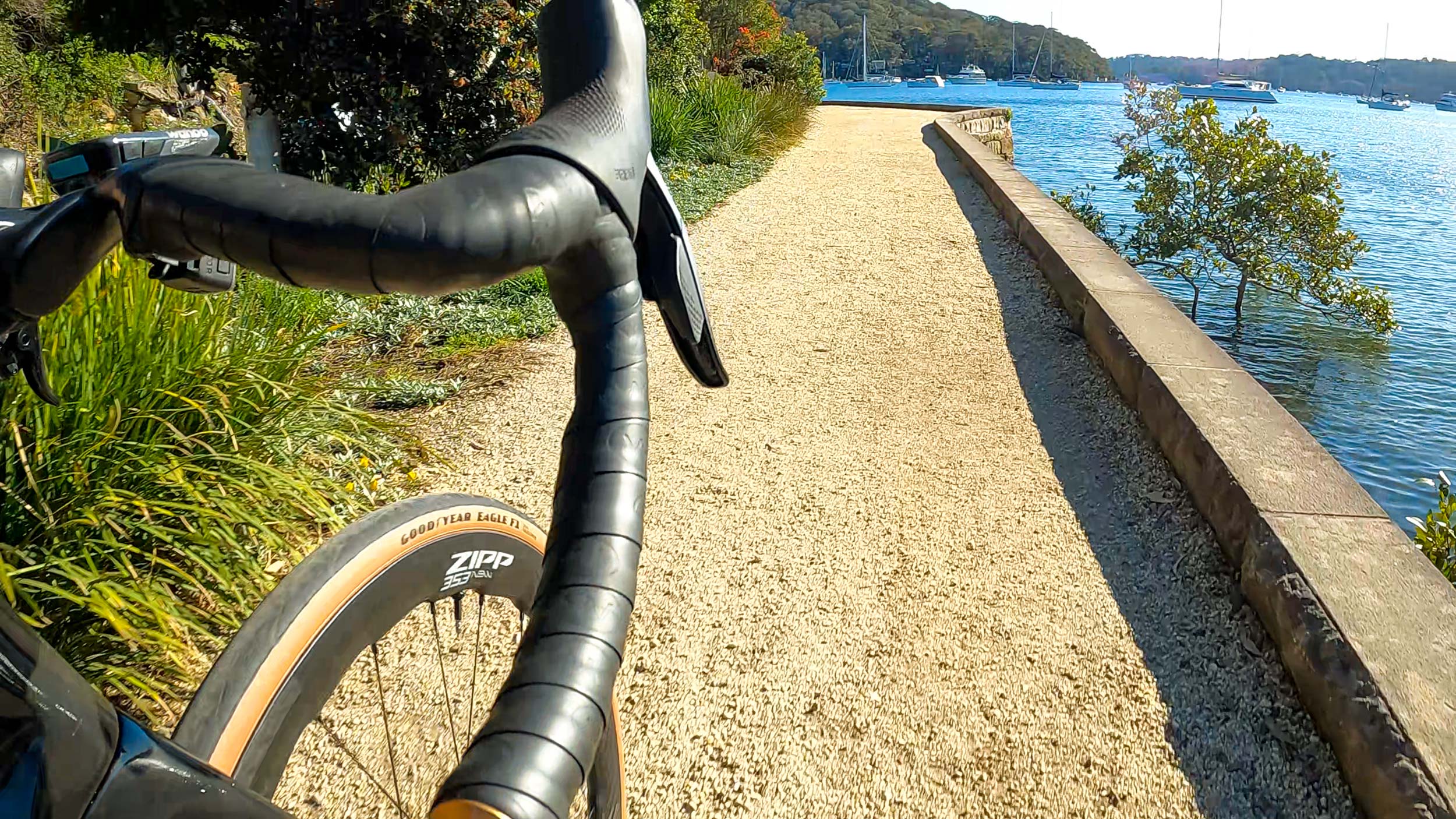 There was a breeze, from the west, but all it really did was offer a reminder of what it was like only 24 hours earlier. And Sunday was tame in comparison to Saturday – so, no worries… just keep riding.

It’s October, possibly the best time of the year to ride in Sydney so we’re blessed to be back outside again. Mild temperatures and long days and – this past weekend – a sense of ease and calm and happiness. That’s what has come with the end of the lockdown, and spirits were high.

By now, Ku-ring-gai wasn’t far away and I was still wondering exactly where I’d end up. Earlier, while riding along Military Road towards Mosman, I bumped into a bunch of blokes who were holding a good pace (but curiously riding in the middle lane of the three-lane road). We got talking and one of the guys at the back seemed to be relatively new to this cycling caper.

“Where are you guys off to?” I asked.

“I’m not sure,” said the bloke at the back of the bunch, carefully monitoring the wheel in front of him. “I think we’re going to ‘Kahuna Bay’. Is that it?”

Kahuna. Akuna… it’s much of a muchness. And so, with that Kahuna/Akuna discussion echoing in my mind, I had my answer. “Where are you going?” asked another rider. This time I knew: “Akuna Bay.” (Hmm-mmm, that is a beautiful place to ride…!) 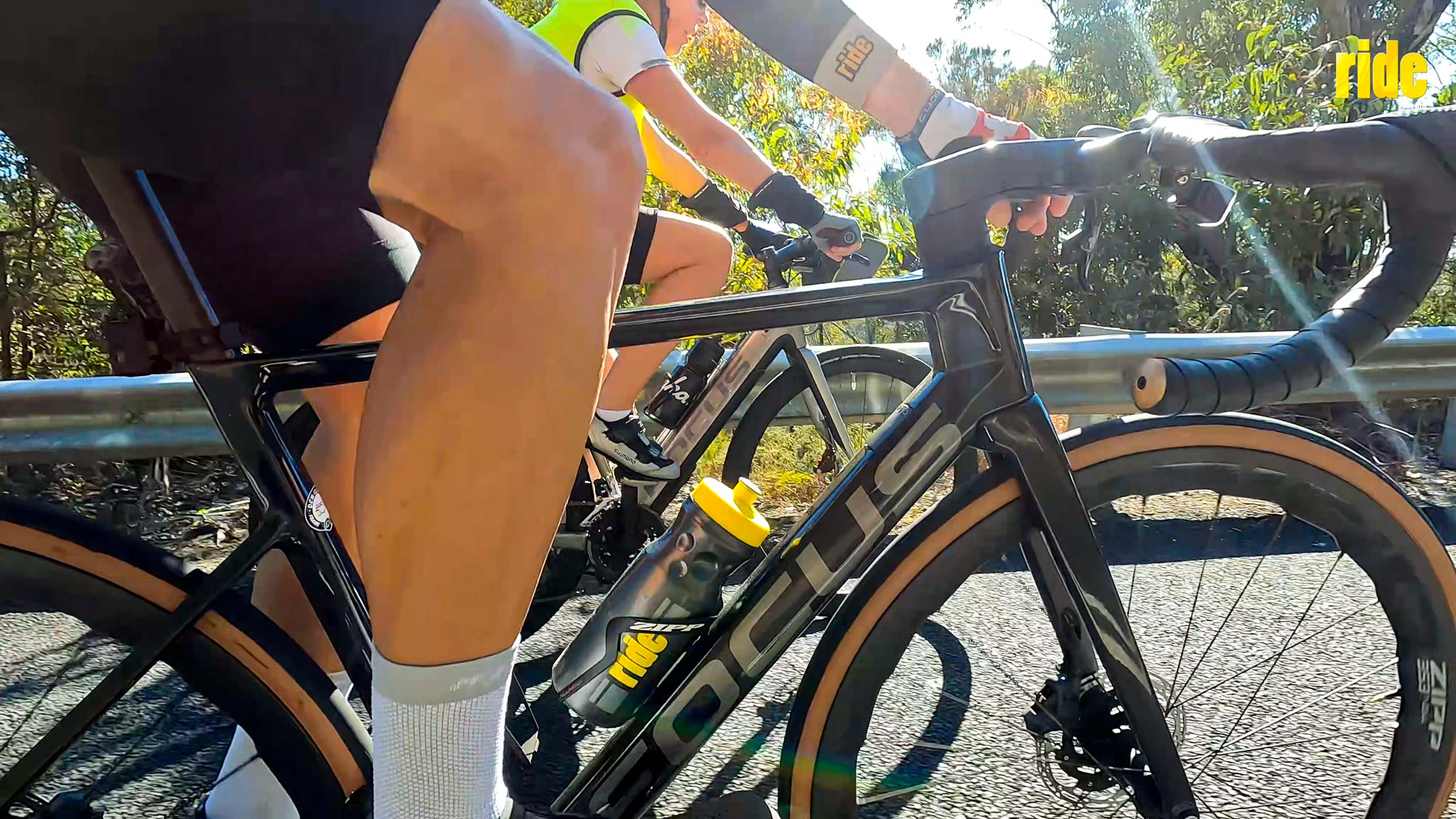 You can easily spend hours on the bike in Ku-ring-gai Chase National Park and never get bored, rarely see the same sights (unless you start doing laps), and before you know it, you’ve clocked up another 100km+ ride. That’s how it was shaping up on Sunday. And that was fine by me. I had some baked beans in my belly, energy in my legs, and blue sky above. What more could a guy ask for?

It was, like many before it, a ride to remember. I’d see that wonderful part of my city again. I’d stretch my legs a little while exploring. I’d talk to a rider here and a rider there, and generally find myself in a chirpy mood despite what inevitably happens when I go to the north (ie. I get lost).

Although I’ve ridden to and from (and around) Ku-ring-gai Chase National Park hundreds of times, my sense of direction gets muddled in that part of Sydney. Perhaps it’s all the twists and turns, ups and downs, and views that call from every direction, but I tend to get lost. And on Sunday? Yep, I did it again. Turned right when I should have gone left and… uh-oh, don’t want to go that way. U-turn… try again.

Not even an unplanned deviation on my way home could spoil the mood. I’d eventually roll back across the Harbour Bridge, another 100km in my legs and the sense of satisfaction that comes from a pleasant ride on a Sunday morning.

I’m back on the bike, out on the roads, and it’s the exact antidote for the woes that came with lockdown. I’m outside again and happy to be riding and exploring and being a tourist in my town. 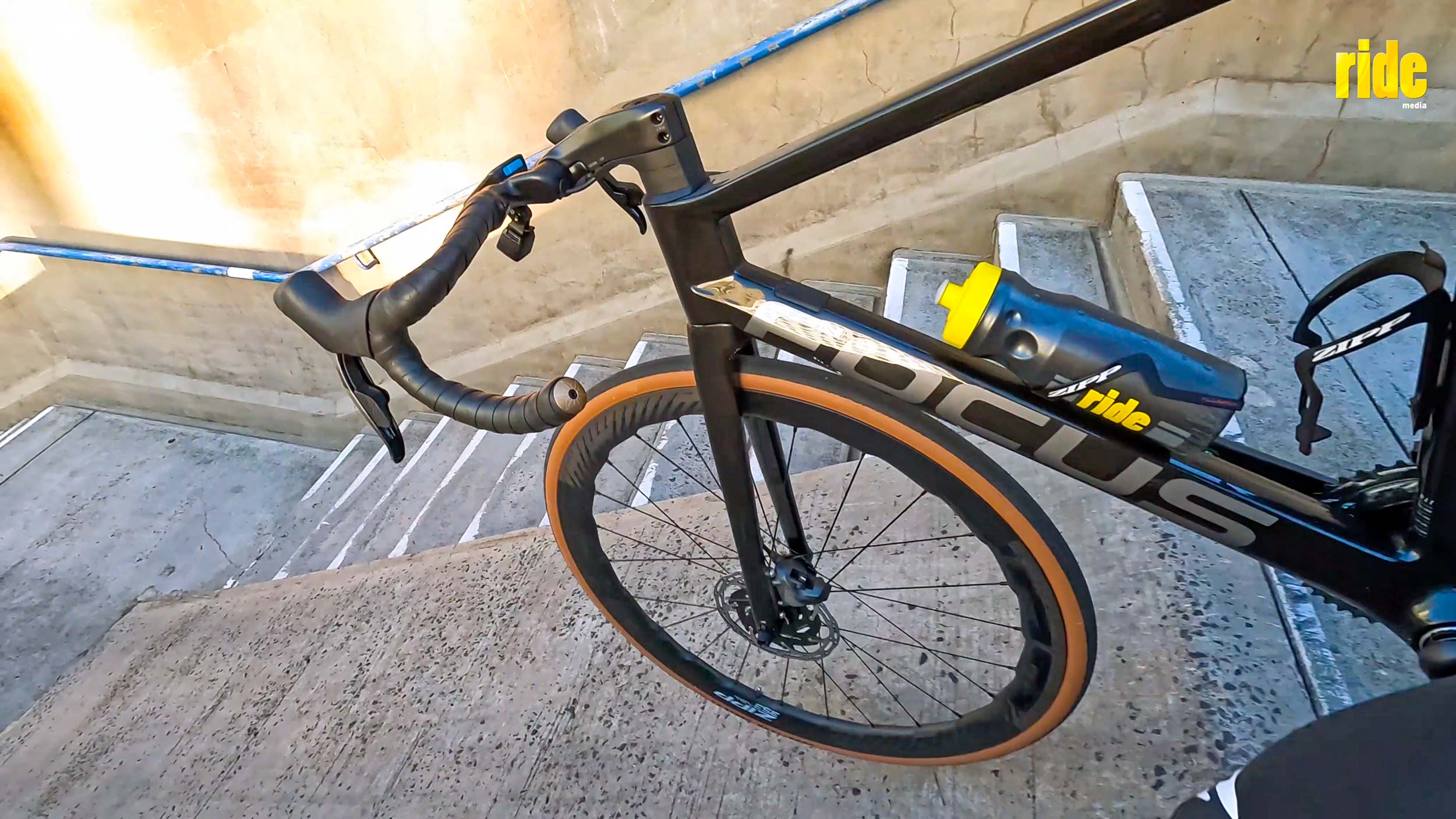