Ride Diary: Sydney city to Bobbin Head then Berowra Waters and back

Saturday in Sydney presented ideal conditions for cycling. The obvious response to gorgeous weather for the second weekend since lockdown was to get on the bike early and explore my city. That’s exactly what I did.

One video of my ride has already been uploaded to YouTube (click the link above to watch) – and there will be more to come (see links, below) – because time on the bike these days just feels more captivating than it did only a couple of weeks ago. Although cycling isn’t new to me, the sense of satisfaction is super high now that we’re able to venture beyond our local government area. Sydney has been out of lockdown for a fortnight now, but the novelty of the ‘free ride’ hasn’t yet worn off.

On the first weekend since lockdown there were a couple of 100km+ rides: to Bald Hill on Saturday then Akuna Bay on Sunday. These are both good route choices for people living in Sydney who are looking for places to ride, and there’s a lot more yet to explore.

Now that I’m riding again and seeing things from a fresh perspective, I’m going to document the experiences and continue sharing the #StoryOfMyRide as I make my way around my town in the coming weeks.

Round two of the long Saturday rides started out with the usual sense of discovery and a distinct lack of planning. Cycling kit on early, out the door, clip into the pedals… go! What’s next? It’s anyone’s guess. 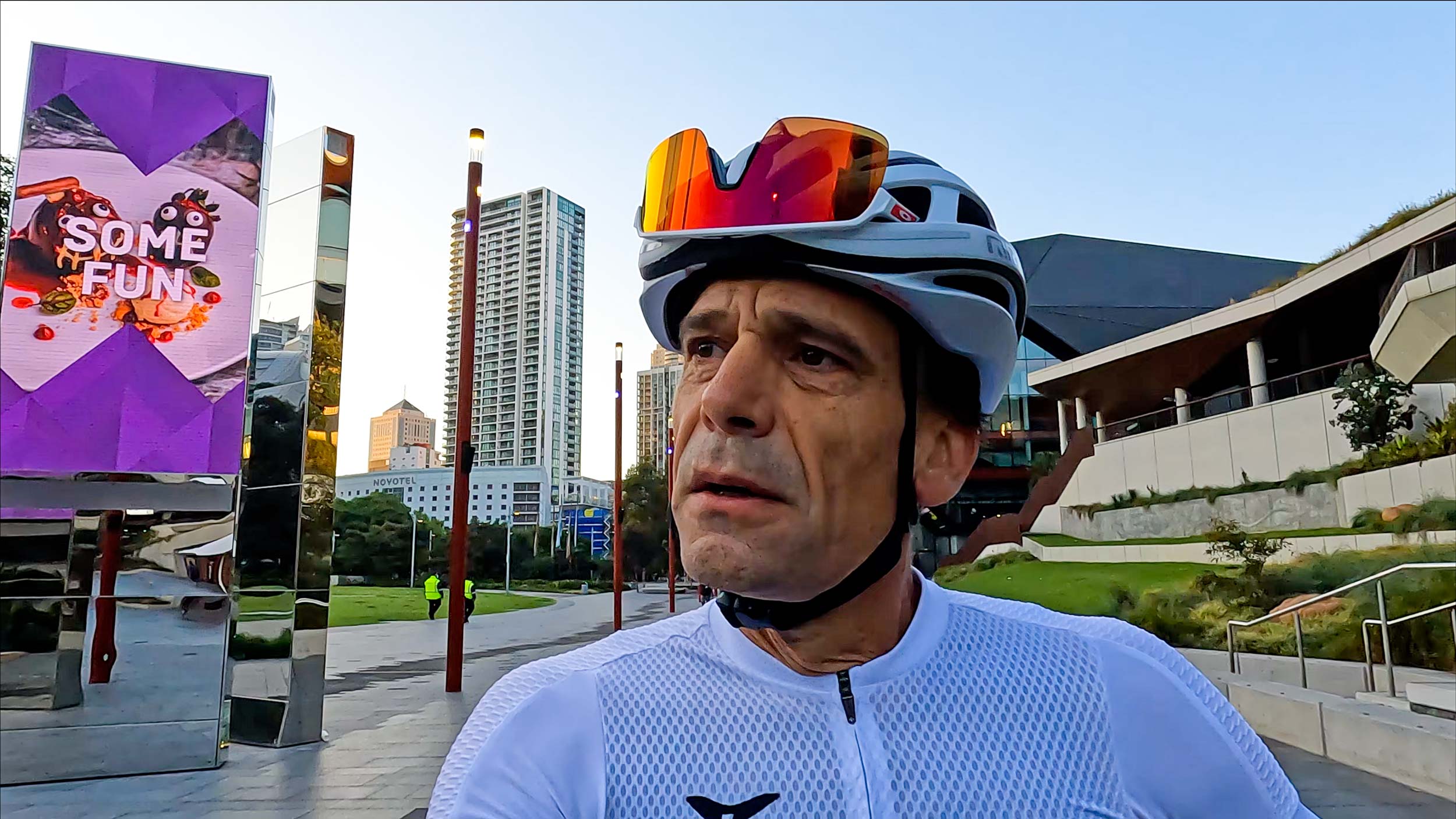 Once I’m out the front door, it’s either left or right. North or south? Usually that decision is made on the footpath when I first get outside. The wind helps refine my choice. For me, the aim is to start with a headwind so that I get a bit of a push-along with a tailwind on the way home.

Saturday: zero wind. I had options. I could have gone any which way… and it was early enough in the day to even consider roads that are ordinarily busy with traffic. When it’s like that, I can often hear Bobbin Head calling my name. ‘Rob,’ it says, ‘come on up here mate! Across the bridge and onwards… never mind the rank road that is the Pacific Highway. You know once you take the turn towards Ku-ring-gai Chase National Park that everything is going to be alright.’

Actually, I respond – talking only to myself (but now sharing that thought with you, the reader) – it’s better than alright. It’ll be great!

Have you ridden through ‘Bobbo’? If not, give it a burl and get back to me. (If you have, you’re probably nodding and saying, ‘Yeah, Rob, I know what you’re talking about. I hear that inner voice too when considering where to ride.’) 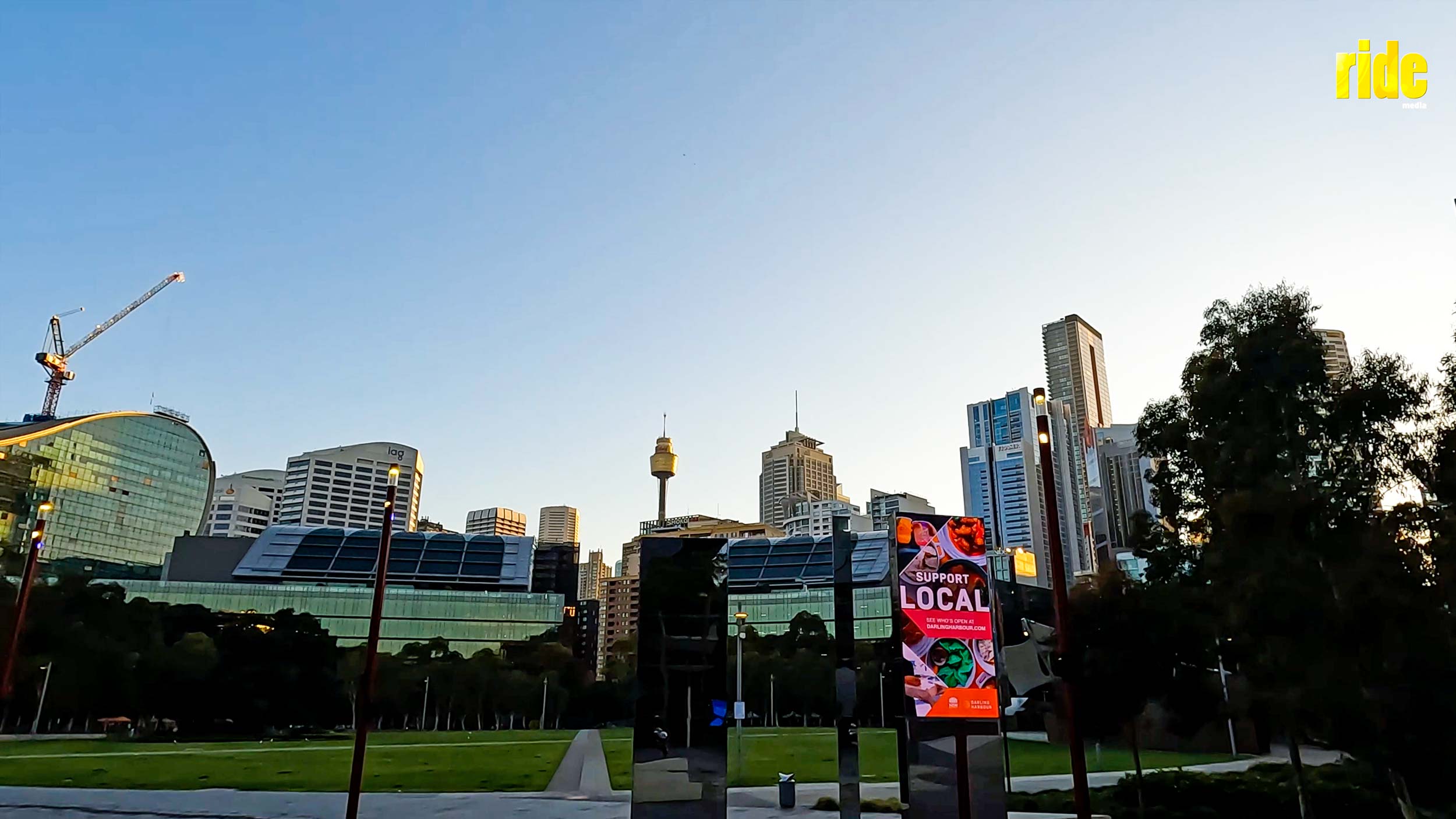 As you’ll discover when the full series of videos about my ride on Saturday has been edited and the clips uploaded, Bobbin Head is a place of immense beauty. It’s a destination that’s perfectly suited to all kinds of activity. Cycling is what allowed me to discover the place, but after years of venturing to Sydney’s northern suburbs on my bike, I also know that Ku-ring-gai Chase National Park is ideal for plenty of other great things.

There is plenty of kayaking and, later in the day, the buzz of a jetski or 10 (alas). There are also great bushwalks offering an array of scenery over waterways and through lush ever-changing forest that, at this time of the year in particular, sings with colour and scent.

Spring is a sensational season in Sydney; not too hot, not too cold… it’s Goldilocks weather and it’s great for cycling. That’s what I’d conclude after four hours on the bike and a bit over 100km of exploration. 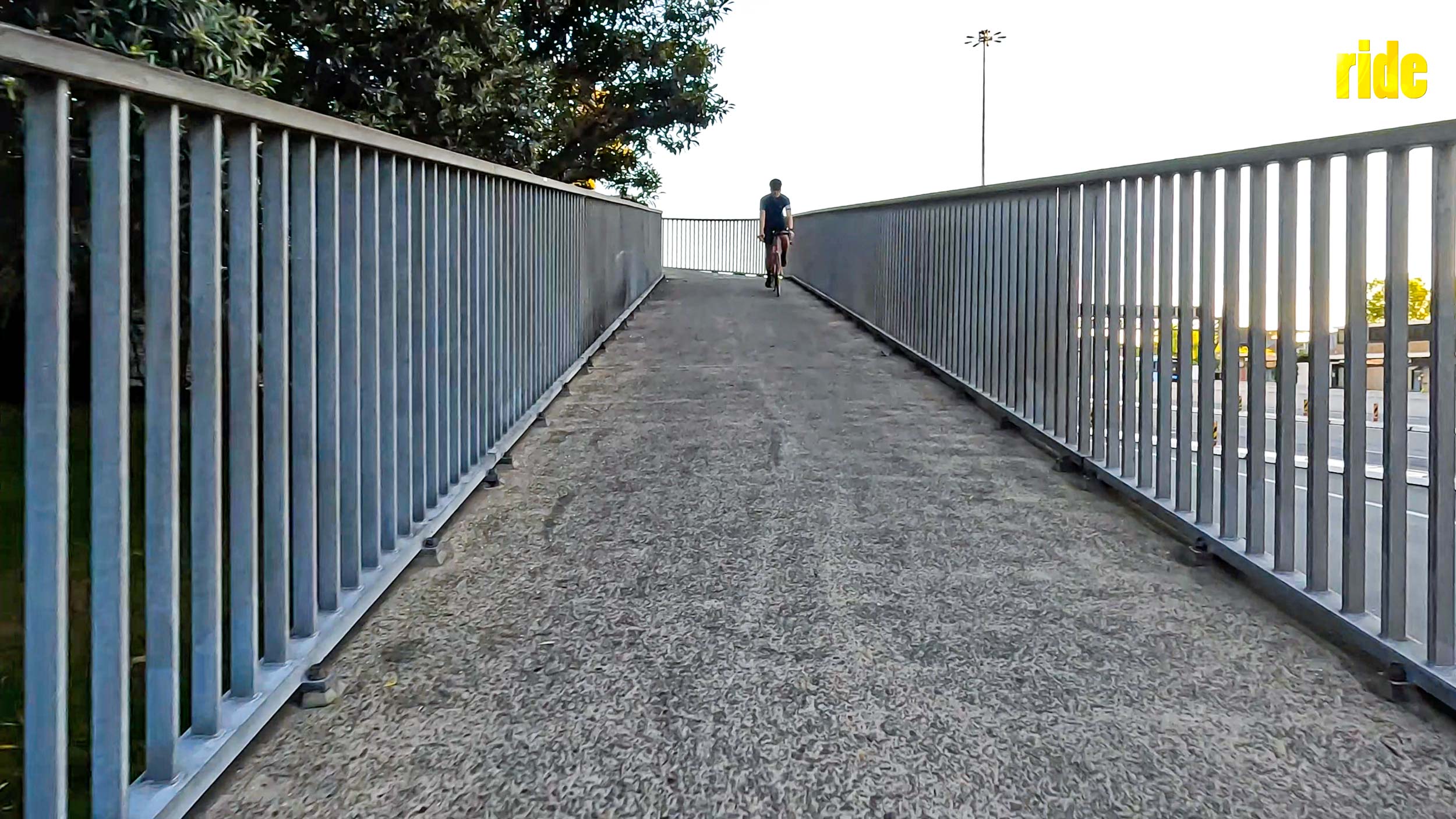 To the north, through Bobbin Head and onwards to Berowra Waters I rode… but that was it – for me, it was enough of the magical mystery tour. That was my turnaround point, but before returning up the hill to retrace the route through the city, I’d say hello to a bunch of riders who were waiting for the ferry.

Clad in customised pink jerseys, the BMC bunch – which, I’d later discover, stood for “Beer Mates Cycling” – was about to take the ferry across to the western side of Berowra Creek. They patiently waited as a trickle of cars rolled down to join them on the eastern side. Wearing their face masks and having done their COVID sign-in for the brief trip across the water, they’d go along to Arcadia Road and probably onwards to one of the ‘Three Gorges’, ie. Galston Gorge.

While they went that way, I returned to the city the same way I came. 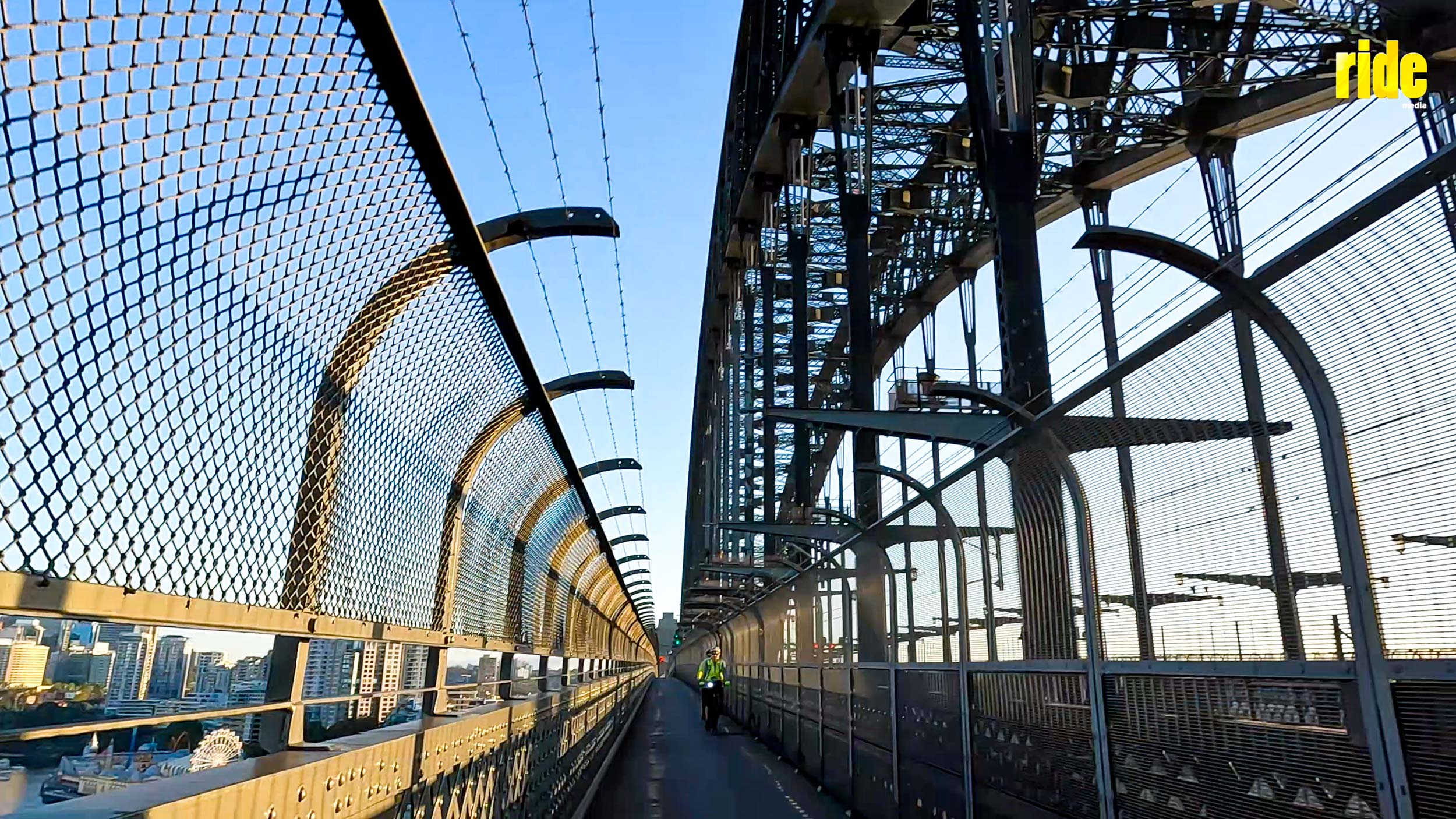 The first video of this series is about riding through the city of Sydney, but parts two and three will relate to the visits to Bobbo and the BWF (Berowra Waters Ferry) turnaround.

It’s me on a bike with a camera, a bit of energy, a collection of random thoughts, and a compulsion to share my experience. It’s more of a #TouristInMyTown video than a #RideAndRant clip. If you live in Sydney and are looking for some cycling inspiration, I hope the series about my Saturday ride provides a bit of food for thought. 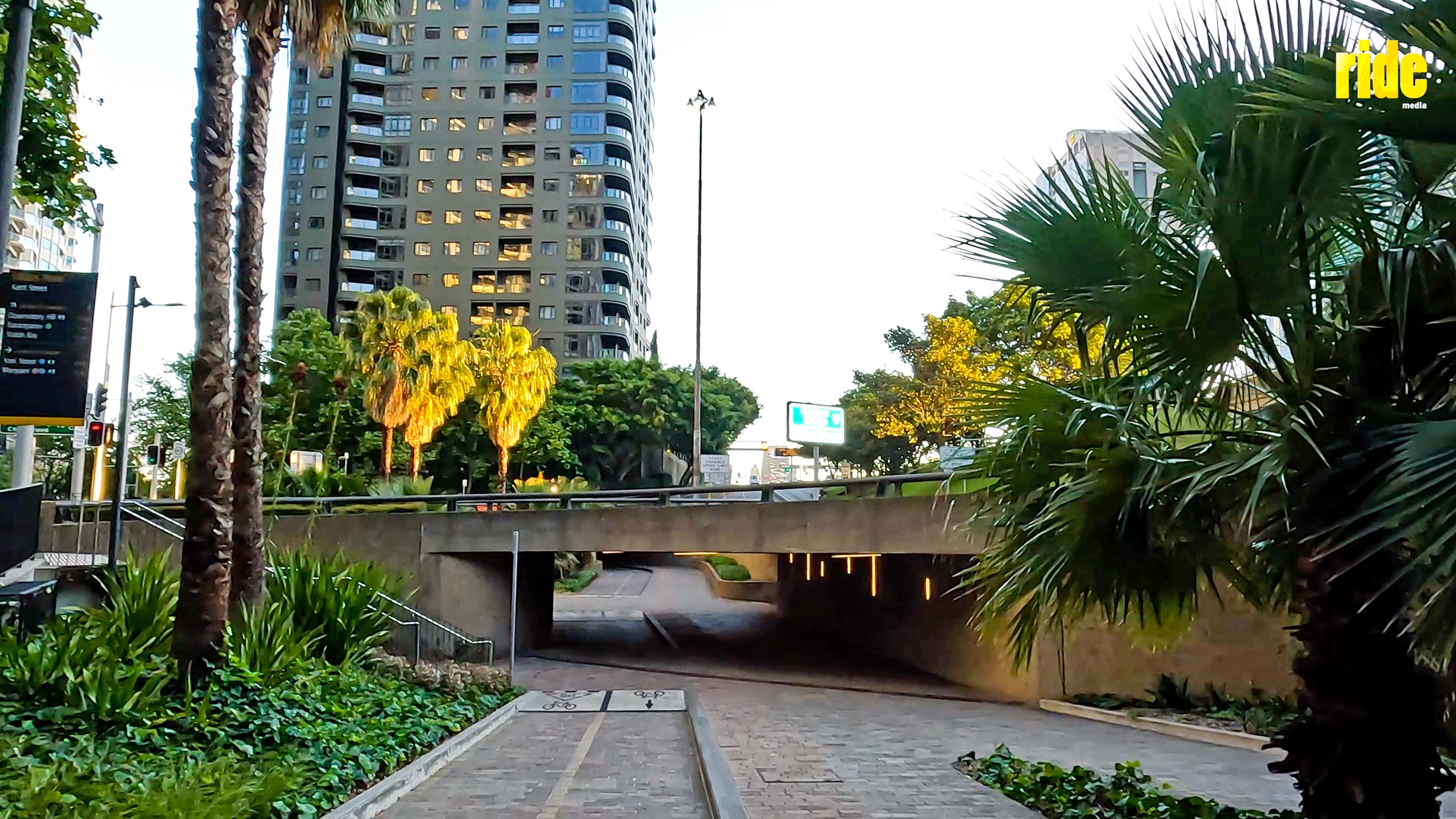