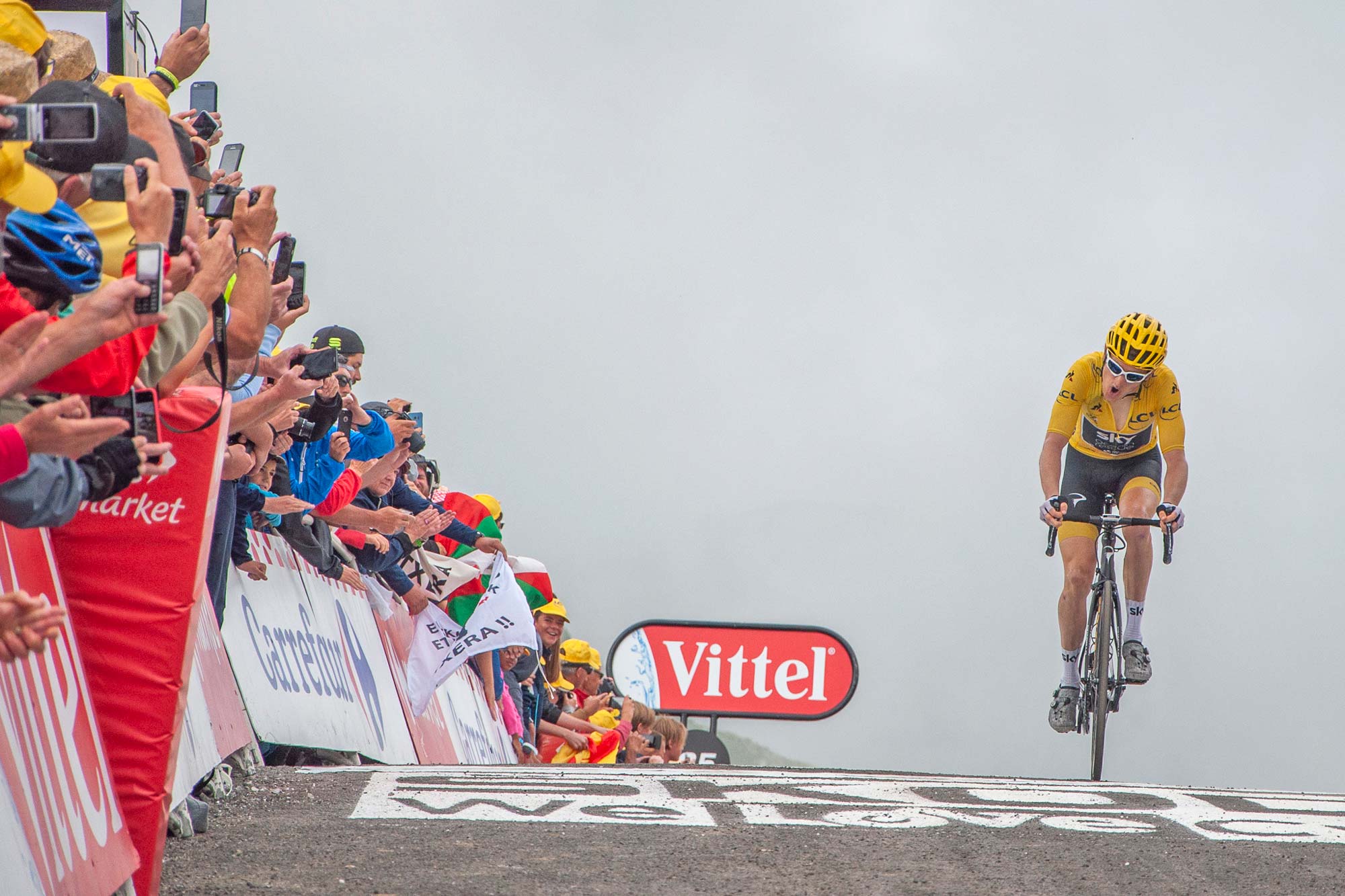 ‘Tour Guide’ published and distributed. Flight and hotels booked. July is almost here. Time to fly.
The tradition of the past couple of decades continues for Rob Arnold…

Since 1998 there’s been a constant in my life: leaving Australia, bound for France, each July. The reason? A bike race. The Tour de France is a sporting event but, over the years, it has become much more than that for me. It is the reason for an annual migration – from Australia to Europe, from winter to summer – and it has become a big part of my professional life.

I’ve reported on cycling for almost 30 years and owned RIDE Media since establishing the company in 1998 and the Tour has become an integral part of what we do. It is largely a coincidental relationship and it’s also a long-standing one that will continue in 2019.

Early in June 21 years ago, I received a call. “Can you get to France in a few weeks? We’d like you to help us with the live coverage of the Tour on the official website.”

I’d been to the race a year earlier, travelled with James Startt for 10 days and got a taste of what it was like on what we now jokingly call ‘Planet Tour’. Back in 1997 we drove from Rouen to the Pyrenees in a little van, uploading images and captions and an occasional feature onto a small online portal. It got good traction and my work was noticed by the people responsible for LeTour.fr. I accepted their offer… booked the flight, typed like a maniac on an AZERTY for three weeks, and called the race live for the first time in a contract that extended another 15 Tours de France.

From 1998 to 2013, each July was spent writing the live coverage for the official site. The 100th Tour came and went and it was time for a change… time to step outside the box in the zone technique where I’d spent so many years, alongside colleagues from France who wrote the French coverage, Eric Serres (1998), Bob Guennegan (1999-2003) and Louis Doucet (2004-2013). 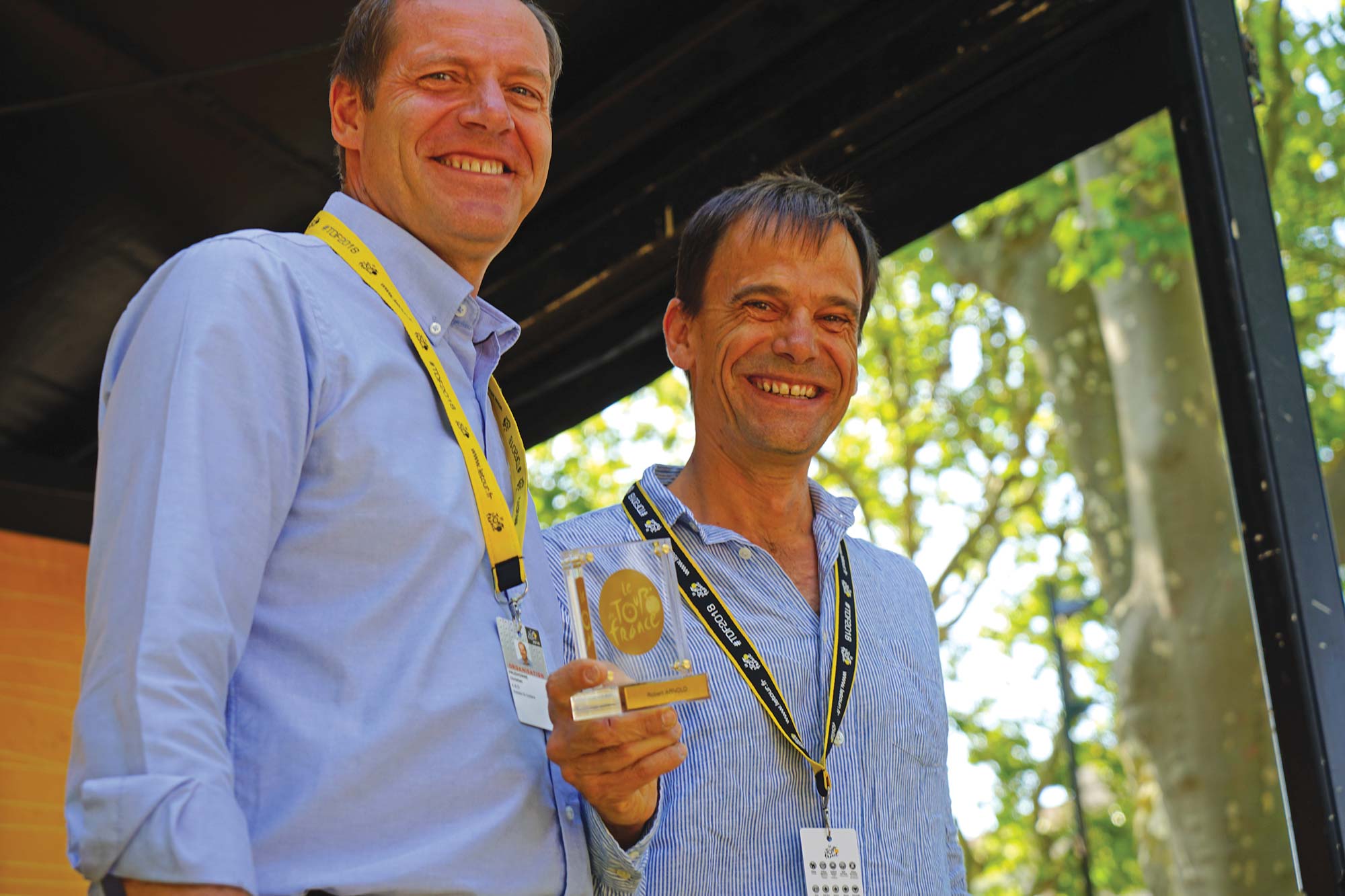 Since 2014, it has been a little more liberating, reporting for my company – RIDE Media – as well as SBS’s Cycling Central website and, more recently, the ABC online.

The race is ±3,500km each year but the kilometre count for those covering the race can often extend upwards of 7,000km in the car. Drive, write, eat, drink, rest… repeat. It’s a routine but, at the same time, no day is the same. There’s always something to see in this curious sporting circus.

Planet Tour is a strange place, one that has seen significant change in the time I’ve been involved. It can be exciting and satisfying but also quite daunting when emotions run high and the sheer scale of the event threatens to overwhelm… but I’m used to it now.

In the early years, I’d arrive in Paris after three weeks on the road and be exhausted, thankful that there would soon be a flight home and a chance to rest. These days it’s less of a strain; the end of the race seems to arrive much faster than it once did… it is, I suppose, a smaller percentage of my life than it was when I started covering the Tour. Of course it helps that there aren’t as many parties as there used to be… and, yes, we’ve been spared the kinds of scandals that were often so taxing – on time and energy  (and enthusiasm).

Another thing that has changed is the Australian influence. Until 1998, only one Aussie had worn the yellow jersey or won a stage… I’m lucky enough to have witnessed the evolution first-hand and watched as more and more Australians lined up to race, some winning stages, some wearing prize jerseys, some winning green jerseys… and, of course, one winning the title!

While we wait for the final line-ups of the 22 eight-rider teams to be announced, it’s uncertain exactly how many Aussies (and New Zealanders) will be represented in 2019 but there are a few likely starters who we can rightfully expect to see in the thick of the action once the racing begins in Belgium on Saturday 6 July.

RIDE Media is one of a handful of Australian media that will be at the race in 2019 and my aim is to provide an Australian-centric perspective of all that transpires on the road from Brussels to Paris.

Whatever way you see it – as a rider, a journalist, a fan; in France or from afar – the race is compelling and it provides the setting for what is anything but an ordinary three weeks.

I’ve written millions of words about the Tour over the years, published plenty of stories, and invested many years in trying to explain what it is about the race that makes it so special. There are other bike races, some even better for one reason or another, but there’s no escaping the reality of the Tour’s place in professional cycling. It is the showcase event, the one that has become a big part of the lives of many, the race that people understand and enjoy. The Tour is something that prompts people to stay up late and talk to others on the #CouchPeloton about the action or the scenery or the history or the drama…

The Tour, they say, is the Tour. It’s a silly cliché but it gets used often by those who know it.

What are you doing this July? Same as usual, I say. Going back to France to watch a bike race. This year I’ll be doing my thing for RIDE Media, SBS, the ABC and a few others who have contacted me to find out more about this beautiful thing we call cycling. The Tour is the Tour. I may have seen it a lot, but I’m going back for more in 2019. 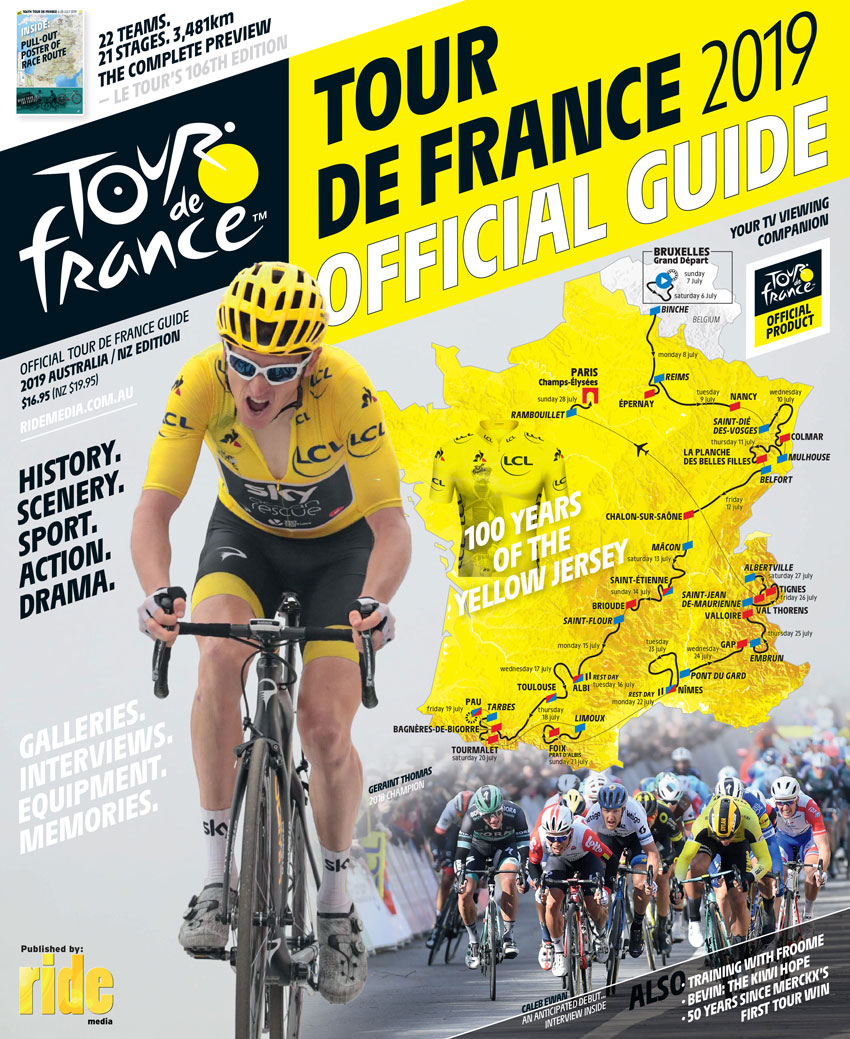 The Official Tour de France Guide (2019 Australian edition), published by RIDE Media, is on sale in newsagents around Australia from 17 June.

RIDE Media is an independently owned Australian company that has the license to produce the Australian edition of the Official Tour de France Guide (since 2003); it also published a quarterly magazine, RIDE Cycling Review for 19 years (1998-2017).