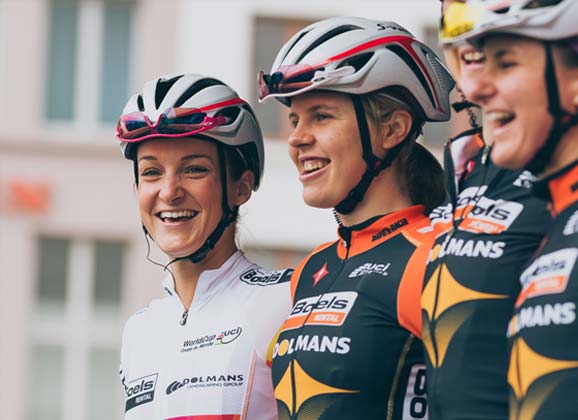 During the Spring Classics, RIDE will be publishing a collection of images taken by Wei Yuet Wong online. These galleries look beyond the race and the aim is to offer scenes from the event – from the sign-on to the podium protocols… and allow us to see things that aren’t always in the coverage of cycling. And Wei Yuet is adamant about one thing: it should be a mix of genders! He has been covering cycling for several seasons now and one area he has decided to focus on is the women’s peloton.

Yes, there was a women’s edition of the Ronde van Vlaanderen. During the broadcast it was referenced often. On social media it received plenty of commentary. But when the race was on, the TV cameras were focussed on the men’s race… which turned out to be thrilling – as a Classic like this ought to be. We would hear that the winner of the women’s race was TT world champion Ellen van Dijk and that her Boels Dolman team-mate, Lizzie Armitstead, would finish second. But the footage of it, while broadcast on the UCI’s YouTube channel (see below) didn’t see any screen time on TV.

We are planning some big features on women’s cycling in the coming months but, in the meantime, click the image of Lizzie Armitstead (below) to open our slideshow of photos from the 2014 Ronde… commentary and interviews to follow.