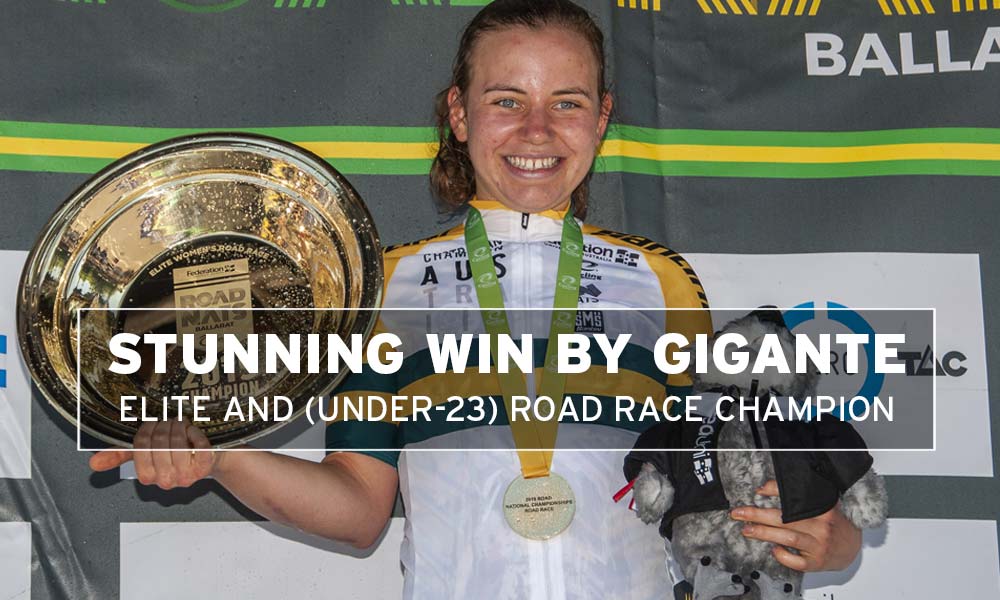 At the age of 18 years (and 92 days) Sarah Gigante is the elite road race champion of Australia. Her performance in Buninyong is enough to put her in contention for a place on the team for the Tokyo Olympics.

Much of the investment into Australian cycling relates to chasing the chance of victory at the Olympics. And so, a lion’s share of the funding goes to track cycling as this is where the most medals for the sport are in the quadrennial sports carnival.

There are, however, a few athletes who can excel in a mix of disciplines and the new national champion, Sarah Gigante is one of them. She wins on the road, she excels on the track. She is young, but she is ready to graduate to the funding pool for Cycling Australia’s campaign leading up to the Tokyo Games next year.

Why? Re-watch the road race in Buninyong and marvel at the way Gigante overcomes her rivals on a tough circuit in one of the most anticipated races of the season.

The nationals are live on TV. They are a highlight of a summer of cycling. It is a time when women’s cycling receives equal billing and there is a chance to witness what the riders are capable of.

In such a setting, it’s obvious that victory for the well-funded Mitchelton-Scott team is a priority – it is, after all, one of the most professional teams in Australian cycling and the chance to earn publicity is on offer. But in 2019, the WorldTour-level team scored two medals, silver and bronze.

Second and third in the road race, Amanda Spratt and Sara Roy, were impressive (as was Shara Gillow in a close fourth place) but they couldn’t overcome Gigante who, at such a young age, demonstrated that she is not just a rider for the future… the 18-year-old is a rider that Australian cycling should celebrate right now! For the moment, however, she’s not listed in the funding pool from the national federation. 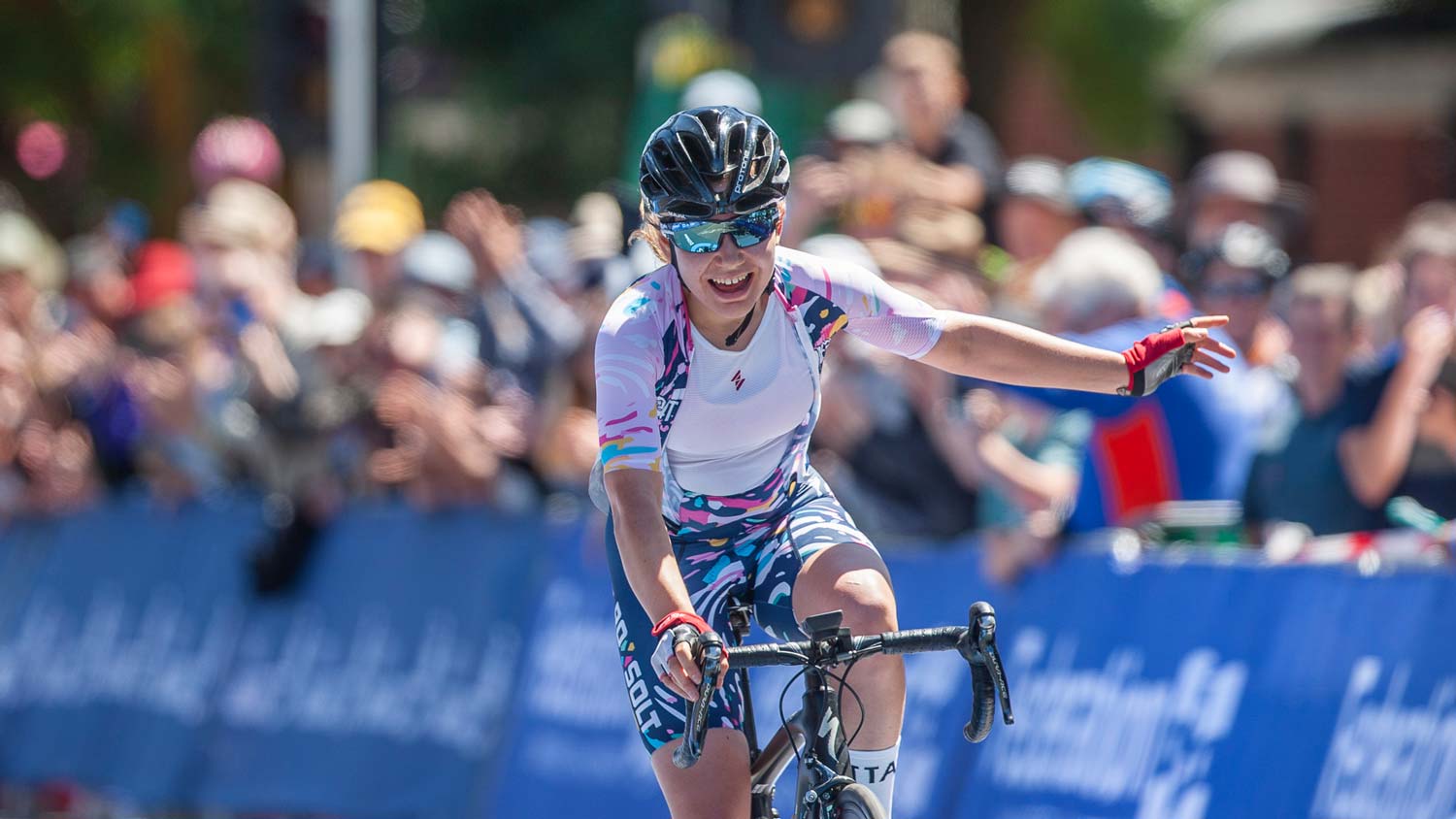 It’s early in the season and racing has just begun. There’s a lot that can happen as we ride towards Tokyo but let’s take a cue from the action in Buninyong today and at least put Gigante on a list for review.

Of the top three tiers of the funding structure are three titles dreamed up by high performance director, Simon Jones: “The Podium, Podium Readyand Podium Potential”, and there are 60 athletes – including a cast of Paralympic cyclists – who receive support from Cycling Australia (and Sport Australia). Gigante is not on the list, not for road, not for track. At 18, who’d have thought that she would put herself in contention? Not Jones, not others associated with the program… but her coach from the Brunswick Cycling Club, Dave Morgan, knew he was working with a special talent even when Gigante was just a juvenile rider “racing for a bit of fun”. 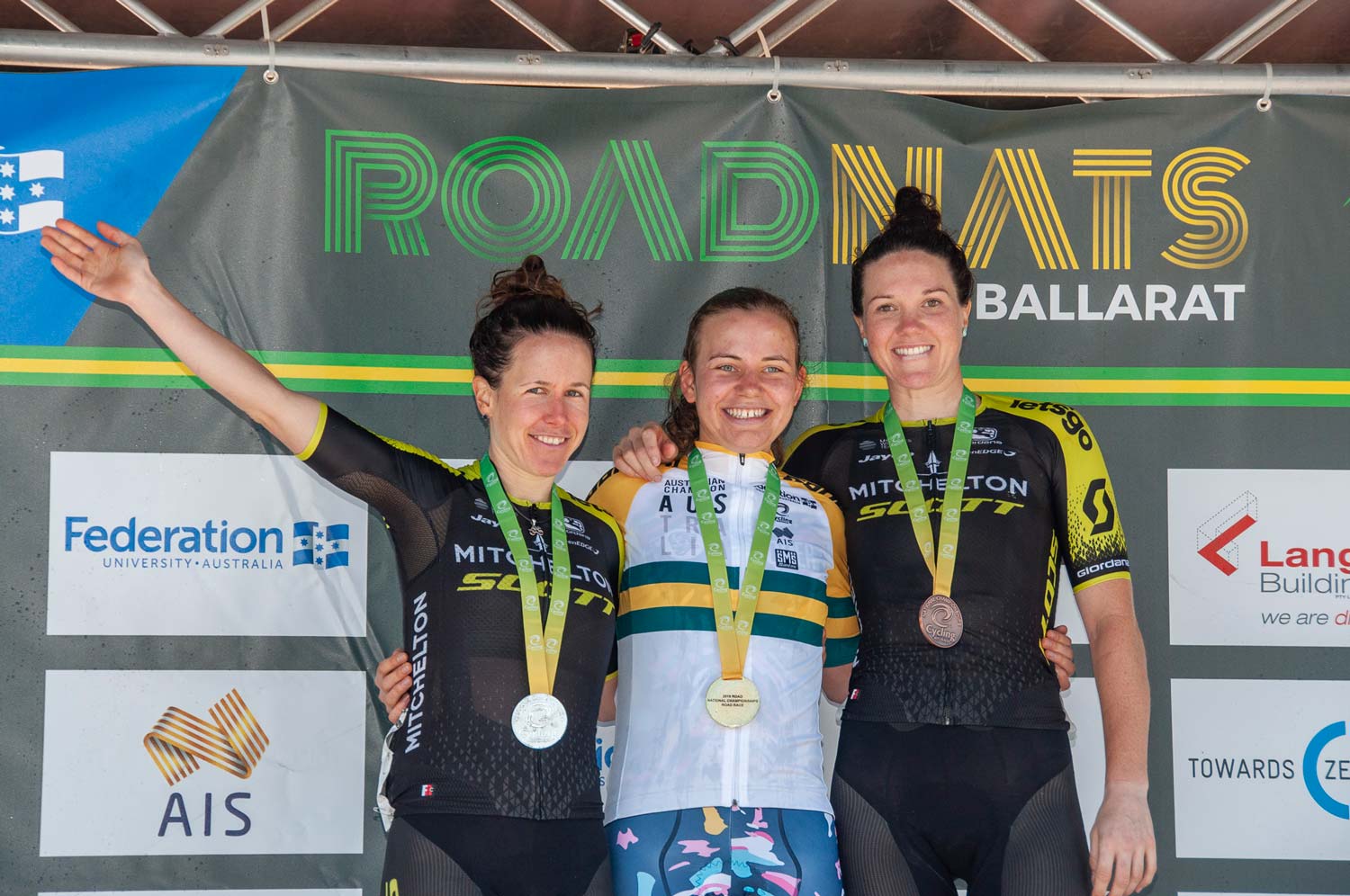 “Young Sarah Gigante caused a major upset at the AIS,” he told RIDE Media last year before explaining more about this gifted young rider who recently completed her HSC.

“They took all the kids over there for a training development program before the worlds and Sarah hasn’t had a coach for two years.

“At the national titles on the road, she won the criterium, the time trial, and the road race. She won all three of those without having a coach.

“Everyone says, ‘Well, how can you ride and race so well without a coach?’

“She just loves riding her bike. And it wasn’t about having a coach giving her all these different exercises or reaching a power number. It was all about just ‘Getting on my bike and racing my mates…’” 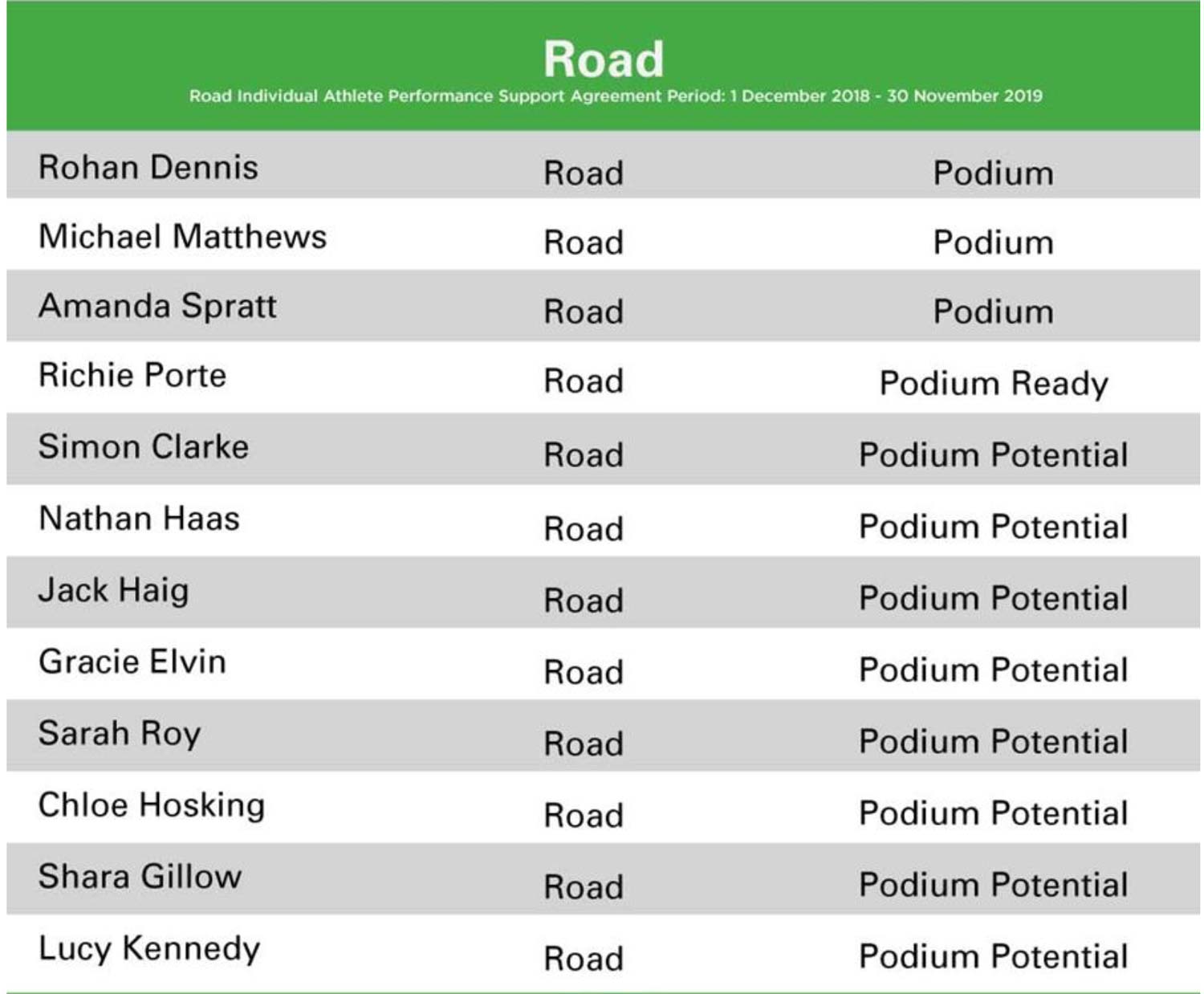 Perhaps Sarah Gigante will be considered for the funding pool as we race towards the Tokyo Olympics.

The fact that Sarah Gigante enjoys riding her bike is one thing. The fact that she is capable of winning a range of races, beating far more experienced – more well-supported – riders is testament to the value of enjoyment. Love riding your bike? Do it at every opportunity and savour the moments when you get to win.

If you win often enough – and big enough – then you start to consider what should happen next. Gigante is already contemplating her professional life, she wants to study science at uni and aim for a degree in medicine. But she could also easily race her bike with considerable success.

She is the new national champion – elite and under-23 – and she has the world at her feet. Hopefully she continues to ride, race and enjoy herself. Perhaps she will be elevated to one of Jones’ “Podium” programs but even if that doesn’t happen we can rest assured of one thing: she will be good at whatever she does.