Simon Jones, Australian Cycling Team: “We are planning that the Olympics are going to be on”

To conclude the media call hosted by Cycling Australia, Simon Jones was asked by RIDE Media for his thoughts on why the AOC and the IOC are so adamant that the Tokyo Olympics will proceed when almost all other events are being cancelled or postponed… 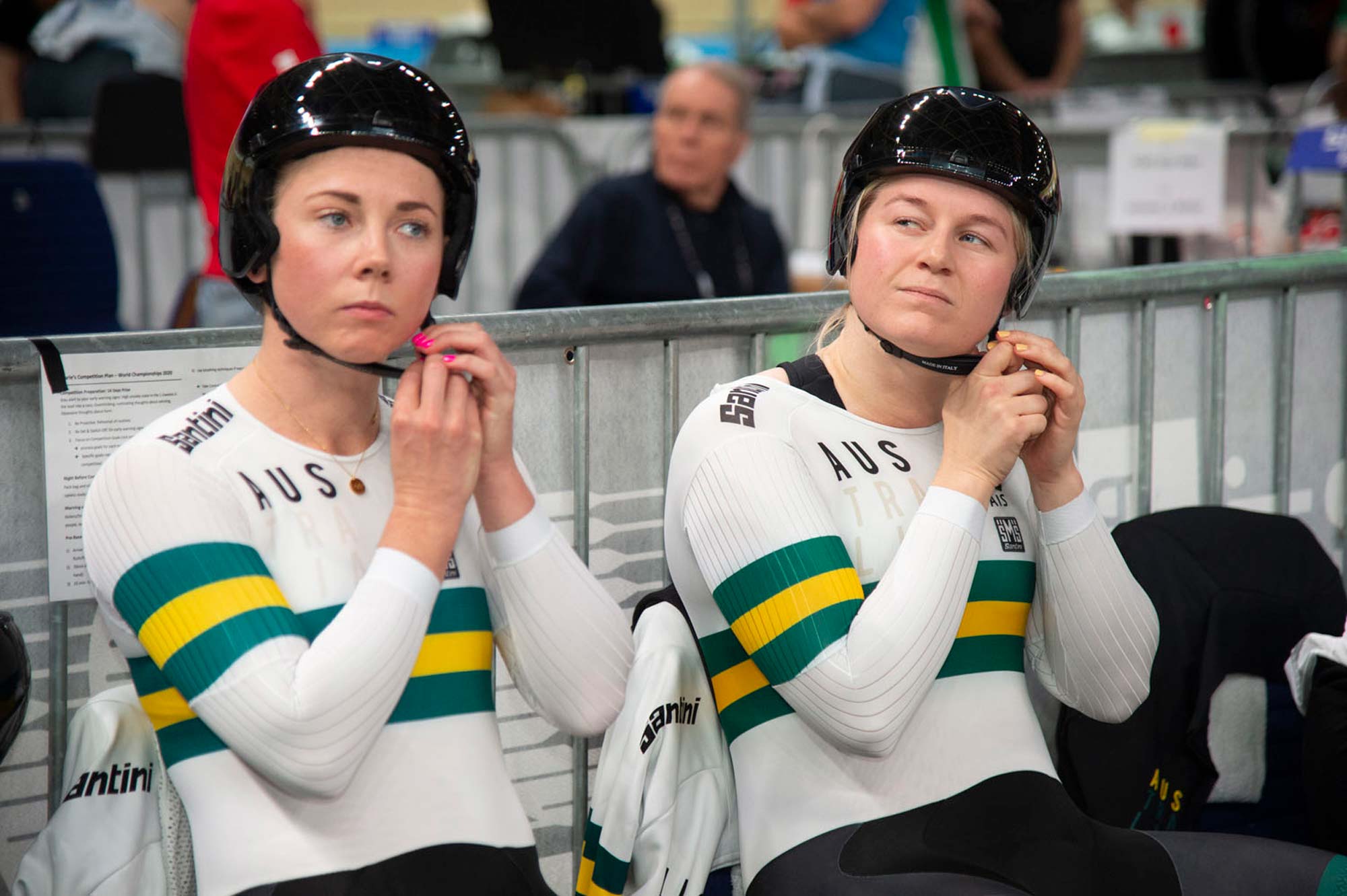 Kaarle McCulloch and Steph Morton, both are consistent performers for the Australian Cycling Team for years… and they continue to prepare for Tokyo 2020 despite the uncertain times. (Photos: Casey Gibson, via Cycling Australia)

Earlier today, the Australian Cycling Team arranged an online press conference to respond to questions about a positive test for COVID-19 for a member of staff after recently returning from the world championships in Berlin.

Simon Jones took questions via a video hook-up from half a dozen journalists. One query was about training in the future and, more specifically, about attendance at the Super-Drome velodrome in Adelaide as the team prepares for the Tokyo Olympics, the first Games the Australians have contested under the guidance of the British high-performance director.

Jones explained that there will, of course, be a cautious approach in the next period. He repeated that he believes the team is “ahead of government advice”. He also said that only the so-called ‘Podium Group’ – both “able-bodied and para-athletes” – totalling 19 or 20 athletes, and “close support” would be in the velodrome in the future.

“A lot of the other staff will be working from home and operating on a more remote basis.”

Jones said that there are measures in place to ensure avoidance of enclosed spaces where other people may congregate and that, “once we’re allowed back in the building, we’ll make sure there’s adequate space… further to that,” Jones continued, “we’re going to be changing the gym layout” so that the workout areas are further apart than usual.

The aim is to minimise the risk of athletes and staff being in close proximity to one another.

“We’re going to keep monitoring the situation,” Jones said, when asked for specifics on the time frame during which additional hygiene measures are in place.

“Extreme situations, I think, require extreme solutions,” said Jones. “So, we’re going to be pushing it to the extreme, to be very cautious.

“We’ll be making decisions based off both the government advice and also our own medical advice.”

Maintaining a focus on Tokyo Olympics

As has always been the case for Simon Jones, who was appointed to his position early in 2017, the main priority of his tenure with the Australian Cycling Team is the Tokyo Olympics.

Rounding out the question session with Jones, RIDE Media asked for his taken on the likelihood of the Games continuing.

Despite exceptional measures being taken worldwide to limit the spread of COVID-19, the AOC and the IOC still insistthat the Olympics will be going ahead at the scheduled time.

There are a lot of events being postponed and cancelled, I said. So, I wonder why the Olympic movement is behaving as though it’s immune to what everyone else if facing. 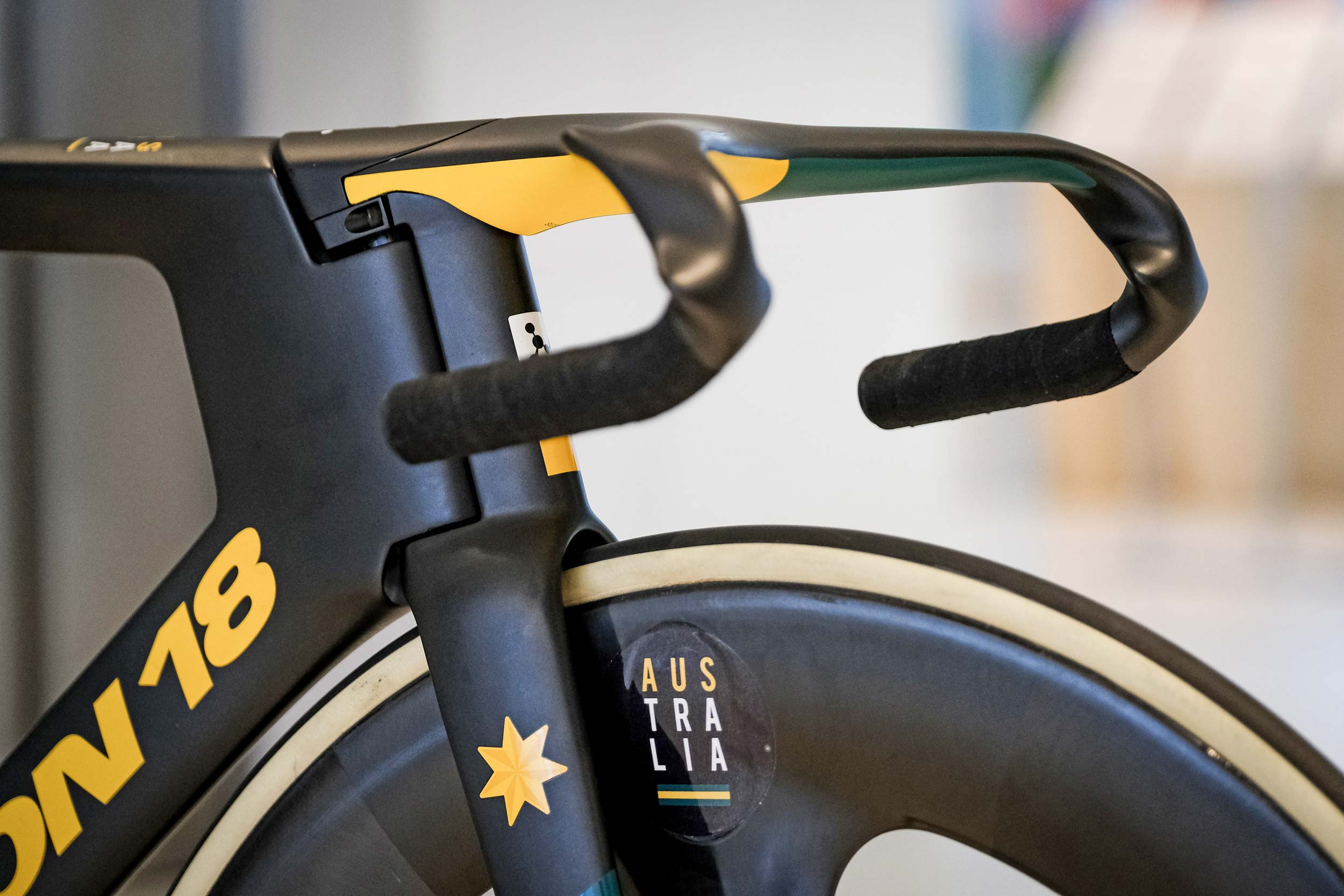 Jones doesn’t have a direct affiliation with the AOC or IOC other than the fact that he has been part of the Olympic movement over the years as a coach, initially for Team GB and now with the Australian Cycling Team. Still, I asked if he could give an honest appraisal about whether or not he thinks the Games will go ahead.

“We’re planning for the best, but we’re also preparing for the worst,” said Jones. “And I think that’s the best response I could give.

“We’re doing quite a lot of scenario planning and contingency planning.

“I think the decision is obviously beyond our control; whether the Olympics is on or off.

“Japan is currently experiencing less cases than other countries, so that may be something to do with it,” he said cautiously, not wanting to imply that he had the answer to what has prompted the IOC’s bold statements as recently as this week.

“I’d rather not comment on those decisions I can’t control,” he said before concluding the press conference by reiterating that he and the team intend to keep preparing in case competition continues as planned.

“We are planning that the Olympics are going to be on. But we’re also preparing for the worst as well.”