One of the more controversial figures in Australian cycling, Simon Jones, the director of performance for almost five years, will be moving on from the role after the Olympics next month. 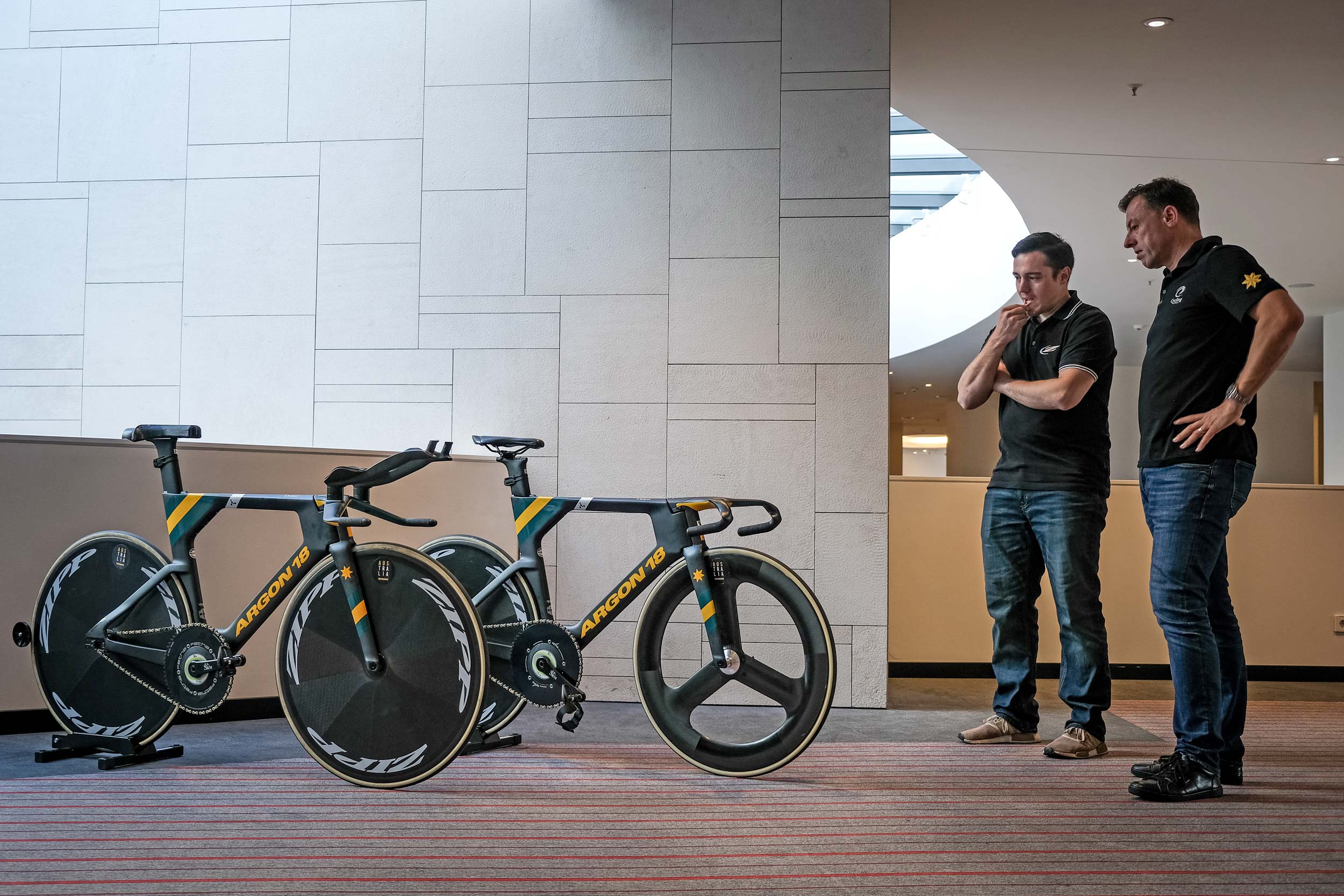 He arrived with a flurry of promise and has been at the helm of Australian cycling’s high-performance programs during one of the more difficult periods for elite sport, and Simon Jones says he will soon be moving to the “next phase of my career”.

AusCycling made the announcement earlier today, only weeks before racing begins in the delayed Tokyo Olympics and there will soon be a media call with the Brit, where further details of his move away from the national team are likely to be revealed.

Jones joined the Australian team following the Rio Olympics and after having previously held coaching roles with Team GB and Sky Pro Cycling. Before that, he had worked with the Western Australian Institute of Sport.

His links with the west remained strong and Jones’ family was based in Perth for much of his four and a half year tenure with the Australian Cycling Team.

The statement explained that Jones “has decided to pursue a new challenge outside of elite cycling”, news that will be well received by some in the cycling community.

He was a polarising figure who long-term supporter and sponsor of Australian cycling, Michael Drapac, once called “the greatest mistake Cycling Australia has ever made”.

With an aggressive approach, Jones put plenty of people offside and he was prone to making rash decisions on staff and policy with minimal consultation as well as a considerable degree of personal malice.

This tweet by Simon Jones came in response to commentary about his team’s performance at the track worlds in 2020. It was deleted after a few hours…

Within weeks of his arrival in the role of high-performance manager, Jones quickly announced that Gary Sutton’s contract as coach of the Australian women’s track endurance program would not be renewed. This came as a surprise to many associated with the team, particularly as Sutton is one of the most highly regarded coaches in track cycling. (Sutton was subsequently recruited by Team USA, where he has achieved outstanding results after making the move from Adelaide to Colorado Springs.)

The action against Sutton is just one example of Jones’ personal whims impacting the national team, and many believed it was largely the result of a conflict that Jones had with Sutton’s brother, Shane, when the pair worked together at British Cycling. But it wouldn’t be the last.

Ross Edgar was dismayed when his position with the national team was terminated without warning shortly after he became a father and had settled in Australia after relocating from Europe. Jones was the person who made that decision and he offered little explanation as to why Edgar was moved on from the role.

There are many examples of personality conflicts emerging during the years that Simon Jones has been involved with the national team but also plenty of respect for the drive he had to ensure good results in major competitions.

The Tokyo Games will provide an opportunity to see if his methods have been effective. In the meantime, the search will commence for a suitable replacement during a time of significant change for competitive cycling in Australia.

– Below is the full statement from AusCycling. – 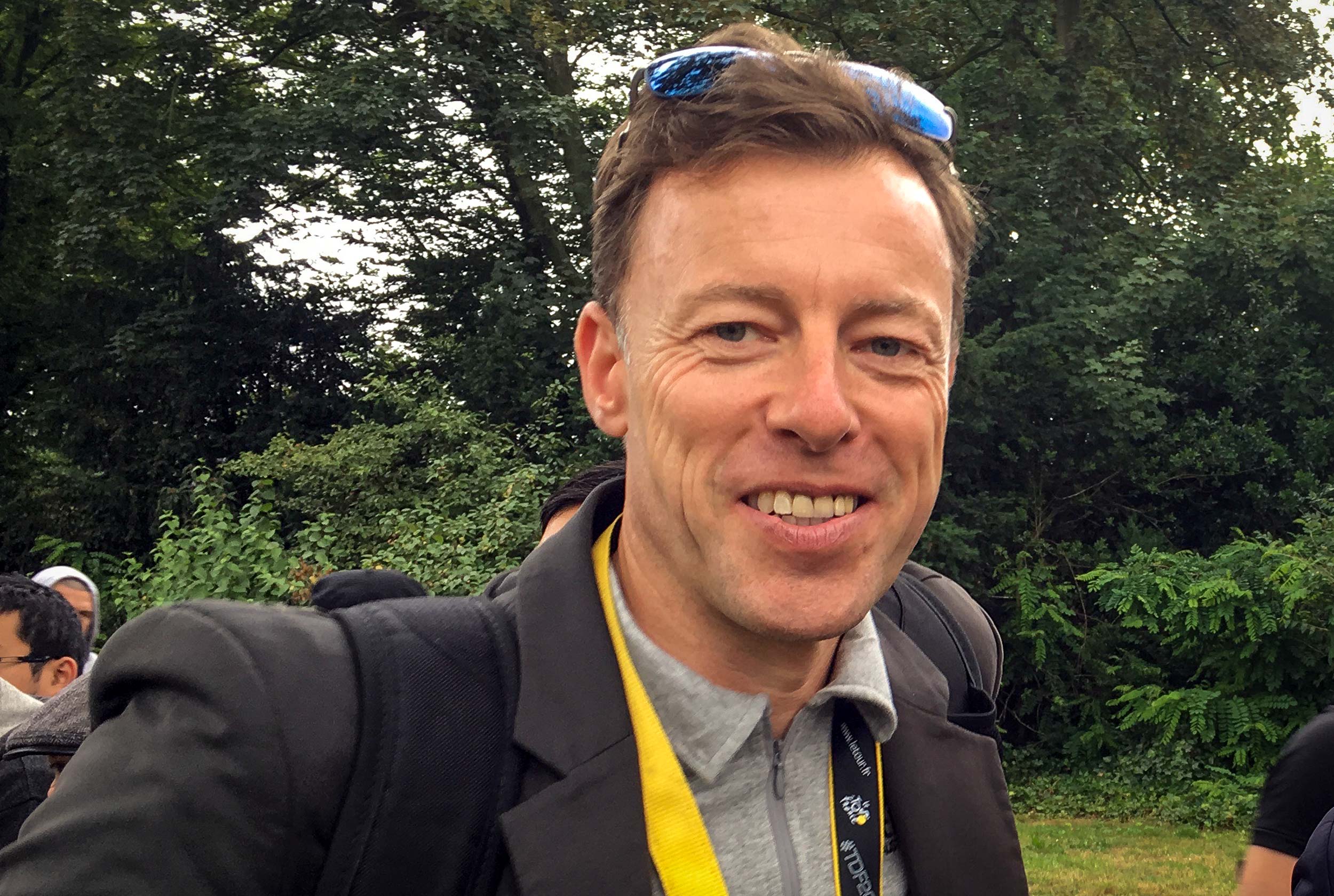 Statement from AusCycling and Simon Jones

Jones, who has been in his current role since 2017, has decided to pursue a new challenge outside of elite cycling.

“I am honoured to have served Australia’s elite cycling program over the past 4.5 years and am enormously proud of the achievements we have made as a Performance Team at AusCycling, both on and off the bike”, Mr. Jones said.

AusCycling CEO, Marne Fechner said “running a high-performance program is one of the toughest gigs in sport and while it will be sad to farewell Simon, we respect his decision to pursue a new opportunity outside elite cycling.

“Simon has driven a targeted and focused approach to performance, implemented a holistic athlete development culture, delivered greater detail in planning, capacity and diversity in the support team and coaching workforce, while also securing new sponsors and partners that have enabled the development of genuine world class equipment and technology.”

“Simon has not only helped guide cycling’s high-performance program through the significant challenge of the COVID19 pandemic but has also played an important role in the reform process that led to the creation of AusCycling.

“The team and coaching staff are motivated and fully prepared to execute on their plans in Tokyo and expect that their performances will pay tribute to Simon’s leadership,” Ms. Fechner said.

Mr Jones said there had been several factors that had resulted in him taking what he described as a very difficult decision.

“Having reflected on what I want the next stage of my career to look like, and whether those objectives would also best serve elite cycling, I know the decision to leave is the right decision.

“The next phase of my career enables me to continue my lifetime passion for the bike, remain in Australia, commute less frequently and enable a timely recruitment process to be undertaken.

“I have loved every minute of my time as AusCycling Performance Director and will deeply miss the riders and staff as well as contributing to the development of such enormous talent in Australian cycling.

“I have spent my entire career working at the cutting edge of professional cycling in a high pressure and highly rewarding environment, but the time is right for a change.”

“I know the Olympic and Paralympic Teams, and the coaching and performance staff have done all the hard work required of them over the past five years. They are ready to perform at their best in Tokyo, ready to give their all and ready to make all Australians proud,” Mr Jones said.

Ms Fechner said, “Simon has timed his decision to maximise AusCycling’s opportunity to attract the best candidates and allow for a seamless recruitment and transition process as we head into the World Championships later this year and the 2022 Commonwealth Games in Birmingham.”