Sport for the people, with no crowd allowed

The prospect of pro cycling without crowds is something that seemed far-fetched in 2019. In 2020, sport takes on a whole new dimension… is this the year when atmosphere is absent from the spectacle?

Something that adds to the appeal of pro cycling is the relative ease of accessibility to the action for fans. That’s how it has always been but, as we are learning, it may not always be that way.

In 2020, historic races and local events alike are being cancelled in response to the situation with COVID-19. The prospect of people mingling in close proximity – in the peloton, and on the roadside – has changed cycling this year.

– Part 2: Flashback to the Beijing Olympics – a missed opportunity for road racing, by Rupert Guinness –

Races that are still being contested – like Paris-Nice, which began on Sunday in France – have an entirely different aesthetic. Podium protocols are more subdued, parts of the course are void of spectators and, like in many aspects of life in 2020, the mood is different. 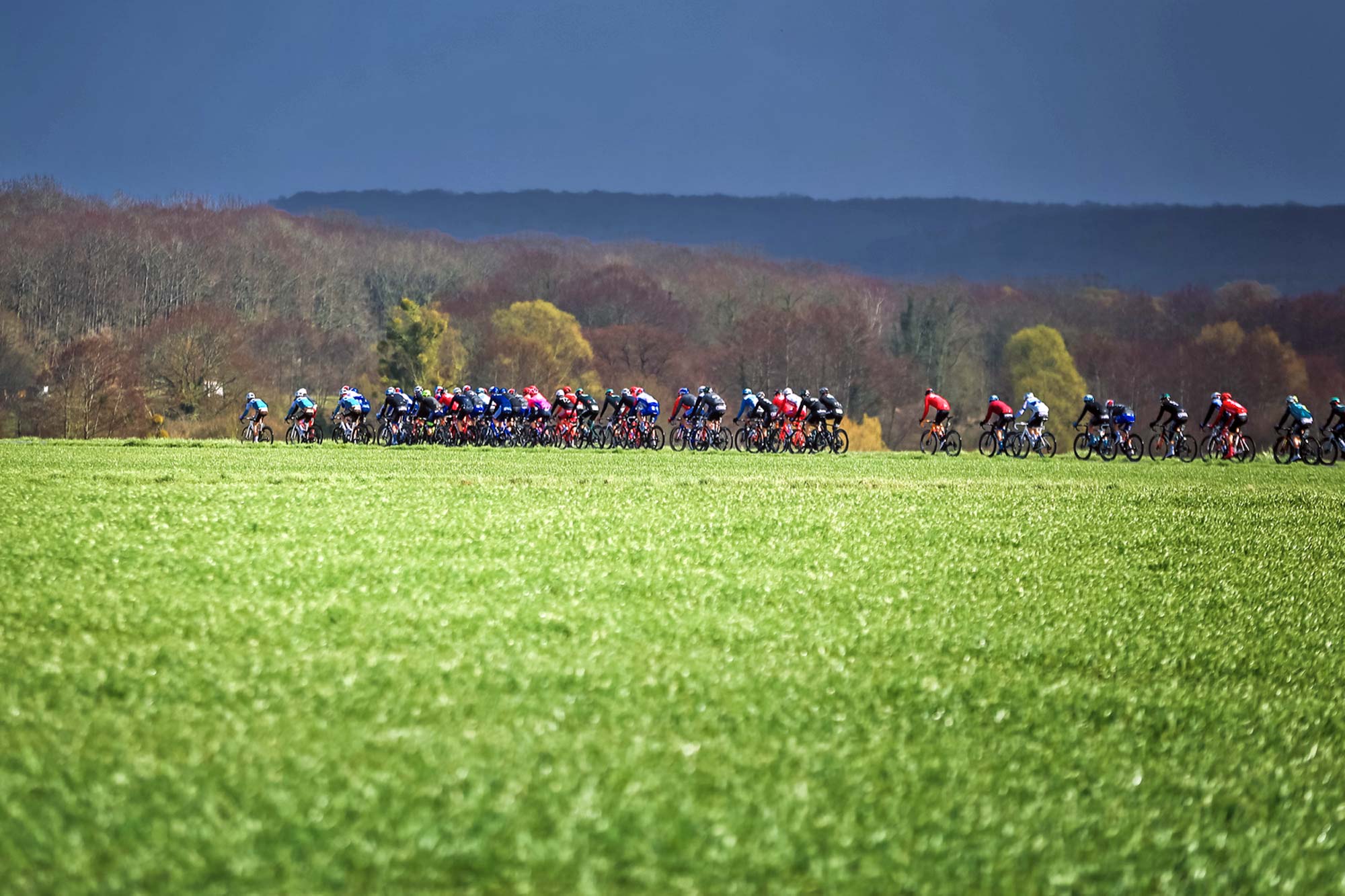 Paris-Nice 2020: a race that continues despite the implications of coronavirus. (Photo: Fabien Boukla, ASO)

The racing in the first three days of Paris-Nice has been spectacular. There’s been wind, echelons and animated racing, and the absence of seven WorldTour teams. It is a race that has provided great action. It’s a pleasure to watch in Australia, thanks to SBS, and nice to talk about bike racing being back on the box.There are seven WorldTour teams absent from Paris-Nice: Astana, CCC Team, Jumbo-Visma, Mitchelton-Scott, Movistar, Team Ineos and UAE Team Emirates.

One of the teams, Mitchelton-Scott, has established a virtual riding/racing community in March with the BikeExchange – Where the World Rides Series. Another, Team Ineos, cited the need to be cautious about coronavirus as well as “grieving for a much loved team-mate” as a reason to temporarily suspend participation in racing.

Elsewhere, like in Italy – at what is traditionally a month with a strong Italian flavour – there’s no racing at all. The county is in lock-down.

Overnight, the president of the UCI spoke about the possibility of Grand Tours being delayed, and some Classics have already been impacted by the need for quarantine.

In 2020, sport is being played in empty stadiums. There’s concern about any kind of mass gathering. And the bike races that are still being contested are hindered, with fewer participants and – even when it’s not formally policed – fewer roadside spectators.

COVID-19 has created an unprecedented situation that changes hour-by-hour.

The compulsion is to… well, do as we’ve always done, until we cannot do that anymore. That’s what I did earlier today. Got up. Got on the bike. Went for a ride.

On the ride I did what everyone else does in March 2020: I thought about the coronavirus. 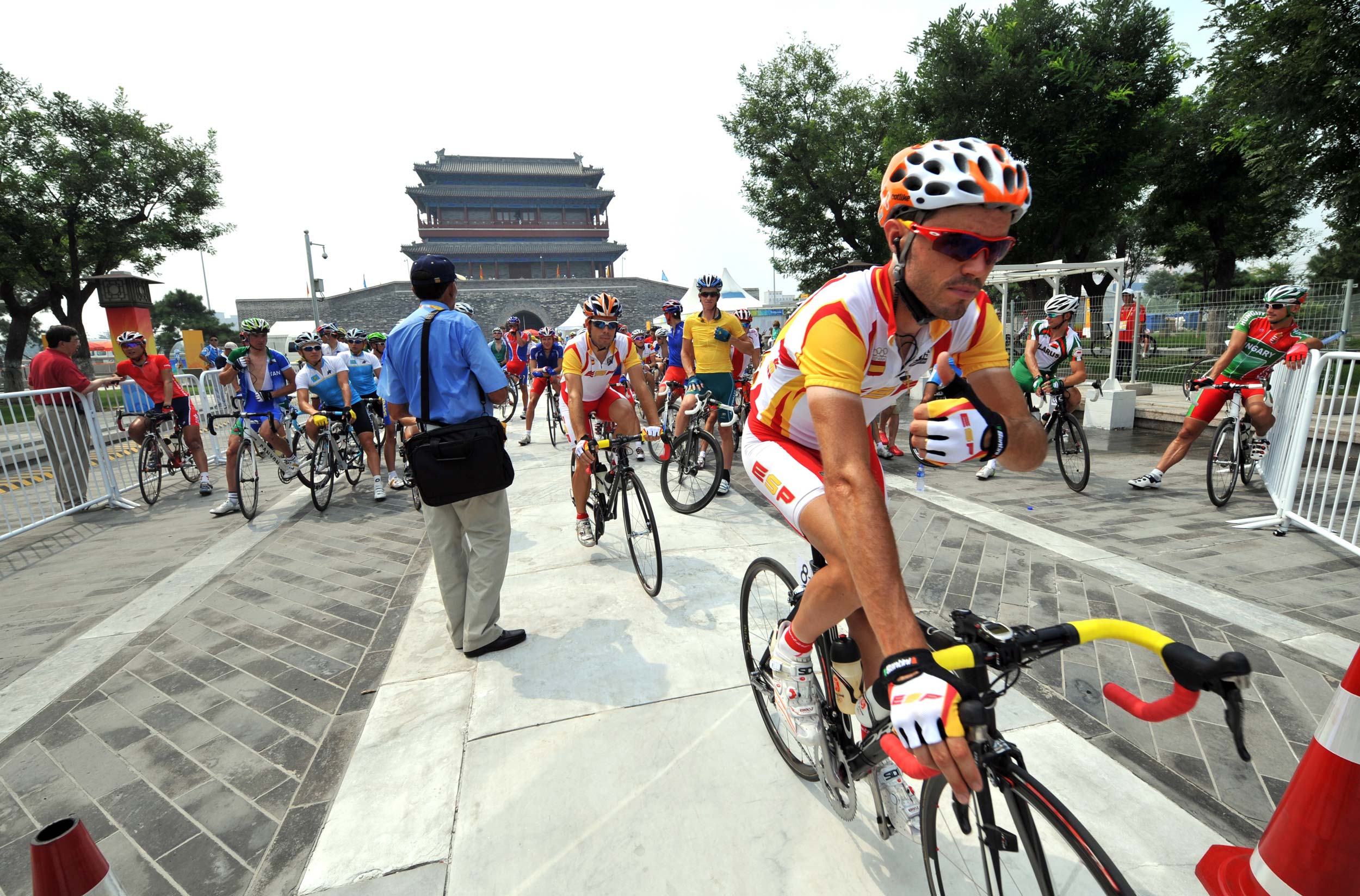 Sammy Sanchez gives a thumbs up before the road race in Beijing 2008, a few hours later he would be an Olympic gold medal winner. Michael Rogers, in the background, was Australia’s highest ranked finisher in sixth place. (Photo: Graham Watson)

An interview with Michael Rogers late in 2008 came to mind.In Beijing in 2008, Rogers was good in the road race but out of the medals, finishing sixth out of the front group of six. But it’s not his result that I recalled on my ride this morning, rather it was his observations of the Olympic road race in China that he explained to me months afterwards.

“It was bizarre,” he told me about racing around a circuit which featured challenging climbs, good roads, and a fantastic setting with vistas of the Great Wall perfectly framed by the TV cameras.

“We had all the elements of a big race but something missing,” said Rogers.

He took a moment to recall the setting and continued: “For a while I didn’t notice anything was different, I was focussed on the wheel in front.

“And then,” he concluded, “I realised how much easier it was to respond to my rivals: I could hear their changes in breathing. In fact, I heard things that you don’t normally notice in a race like that.”

It was an Olympic medal event… but it was quiet, especially when compared with other races of that standard.

At one point on the closing lap, Rogers recalled being on a climb with Andy Schleck behind him. “Then,” he said, “there was a change of gears I could hear it behind me – I could even hear Andy’s breath.” 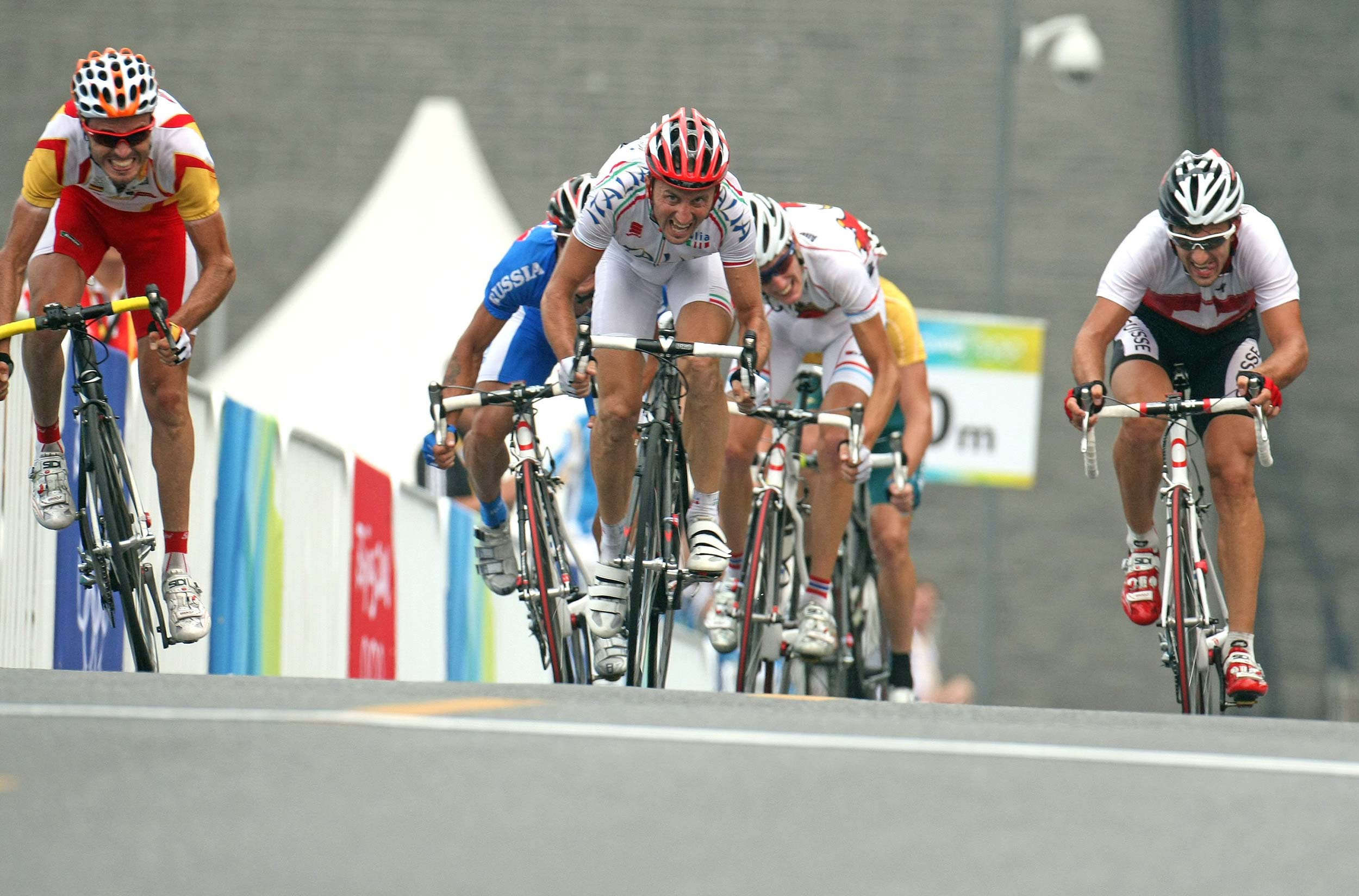 The sprint for medals: Sanchez ahead of Rebellin, Cancellara, Schleck, Kolobnev and Rogers. (Photo: Graham Watson)

In his review of the cycling events in Beijing, Rupert Guinness reported that the lacklustre vibe of the road events in 2008 raised the possibility that road races could even be rubbed from the Olympic program. Of course, it never came to that, but it is interesting to consider how fragile sport can be in modern times.

By opting to have no risk of a possible incident involving spectators, the IOC and BOCOG spoiled what could have been showcase bike races in 2008.

There are hiccups in 2020, significant ones that have halted races and created scenes of confusion not just in sport but all aspects of life.

We don’t know what will come of Paris-Nice, or if the suspended events – like Strade Bianche and Milan-Sanremo… and a growing list of other Classics, young and old – will indeed get another race date.

We don’t even know if the Olympics will go ahead in Tokyo later this year. There is talk that the Games of 2020 could proceed… but without crowds – and, thus, without much of an atmosphere.

We understand the need for unprecedented alterations and watch with interest to see how things develop in a season that has already been severely compromised.