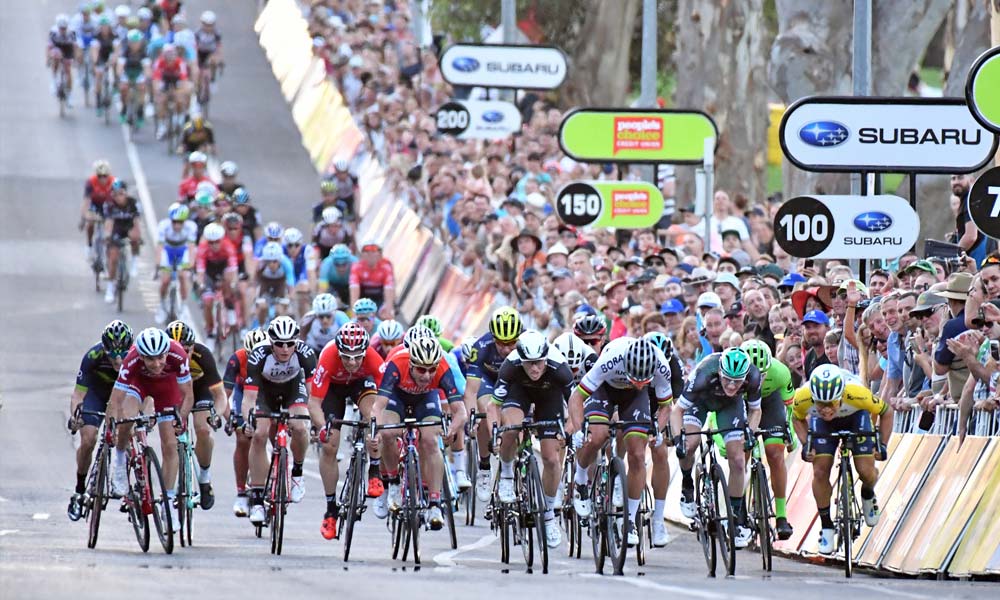 The names are in, the riders have arrived, the scene is set: racing in South Australia’s ‘Festival of Cycling’ begins on the weekend. Here is the full list of starters for the 20th edition of the Santos Tour Down Under.

The 20th edition of the Santos Tour Down Under is just around the corner. It began as a concept to try and lure people to South Australia and the race has certainly achieved that objective. It is a tourism initiative and it works. Year on year, more and more cycling fans arrive to watch some of the world’s best riders get the international racing season underway.

It’s the first round of the 2018 WorldTour and it begins next Tuesday.

Okay, yes… there is a race on Sunday featuring all the riders from the Santos Tour Down Under, it’s the People’s Choice Classic – a 50.6km criterium on the streets of Adelaide. But the TDU proper begins on 18 January.

It’s a star-studded cast of riders, including the defending champion, Tasmania’s Richie Porte, and the three-time world champion, Peter Sagan from Slovakia.

The list of competitors for the 20th Tour Down Under has been building steadily but it was finalised yesterday with the announcement of the seven riders for the Australian composite squad sponsored by UniSA. 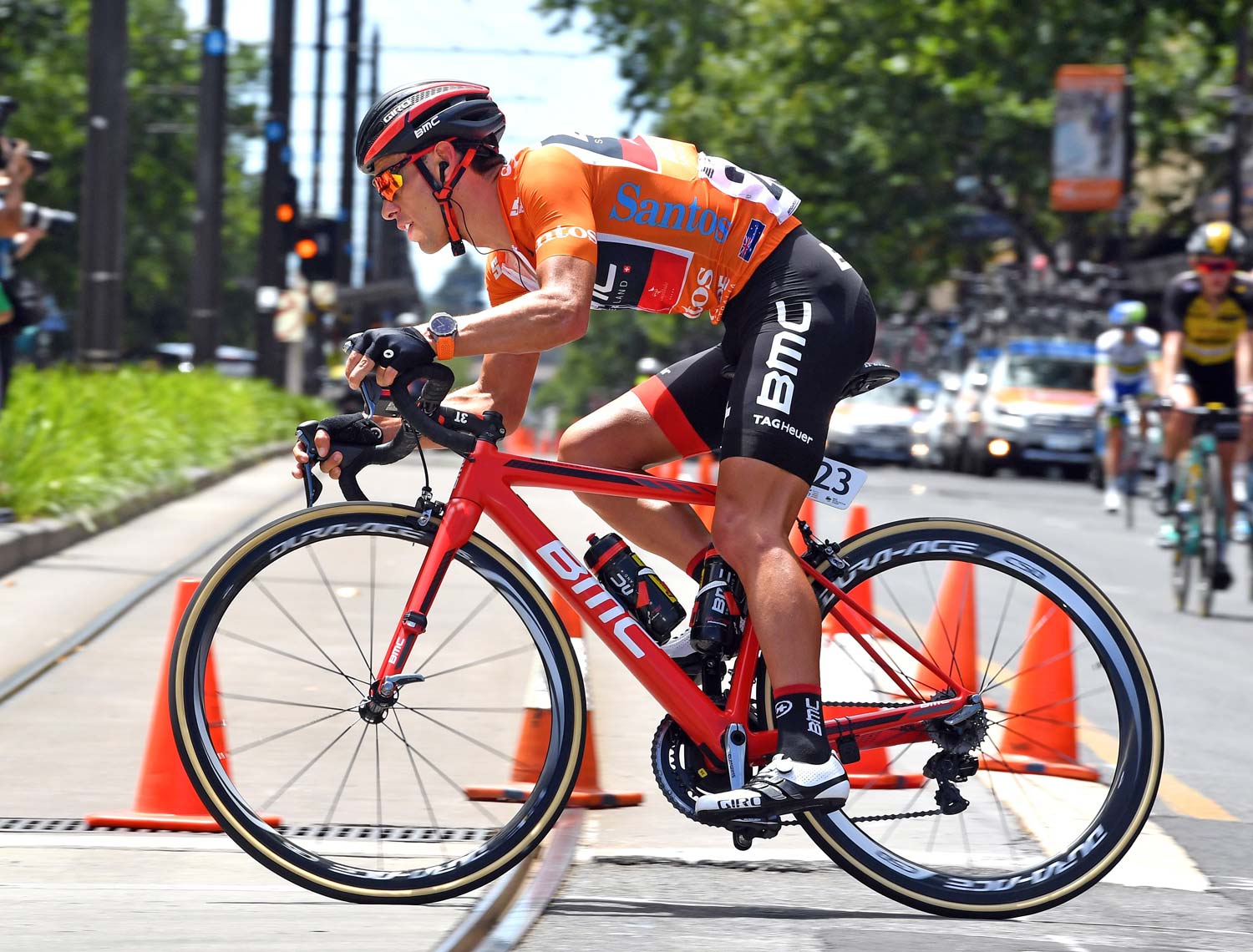 Richie Porte (above) is back to defend his title with an impressive BMC Racing roster that includes three former champions of the Santos Tour Down Under.

*Note: team announced but race numbers not yet allocated for UniSA or Dimension Data riders. 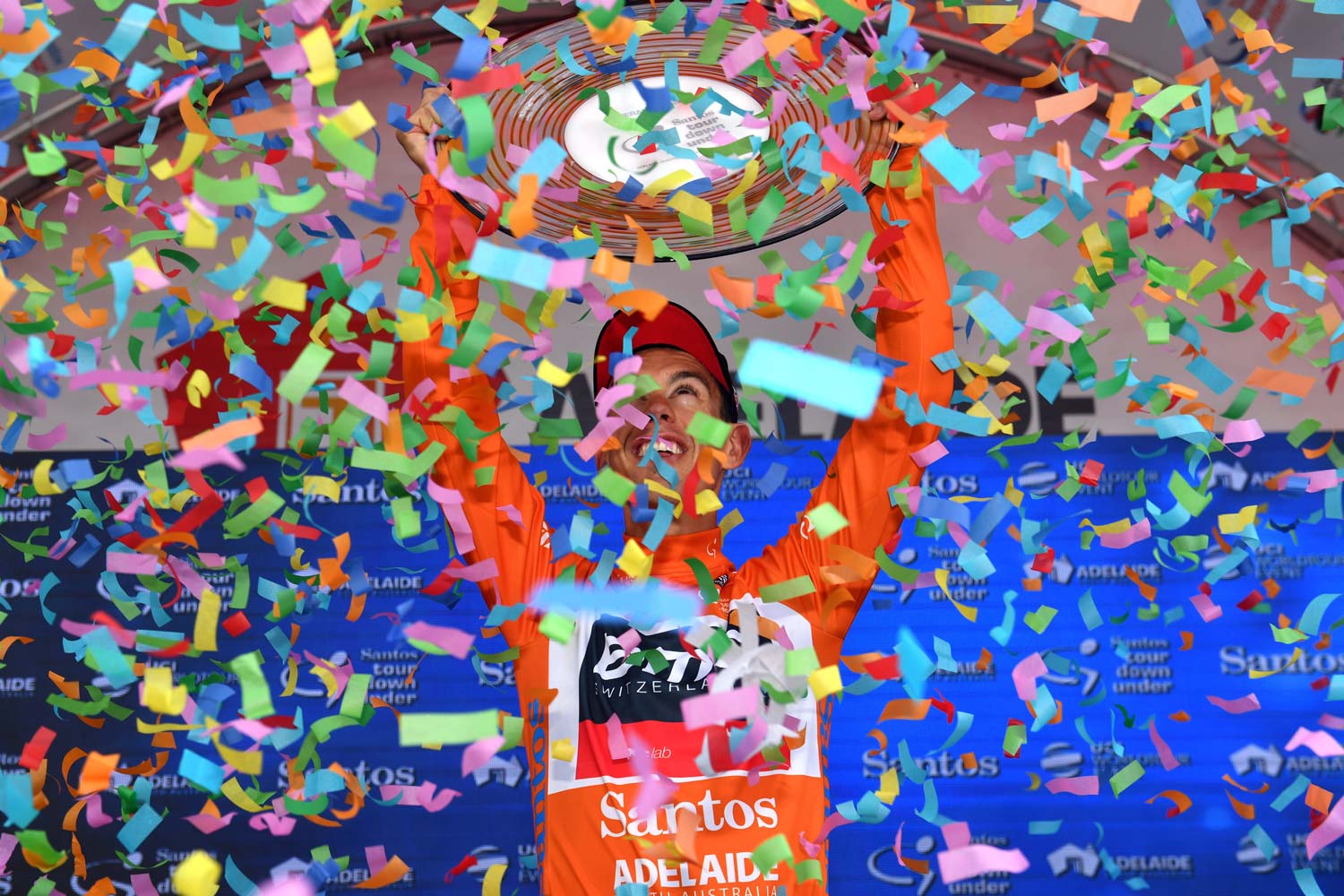 RIDE Media will be back at the race again in 2018, celebrating 20 successive ‘starts’ at the Tour Down Under. I’ve seen every stage of the TDU over the first 19 years and look forward to seeing six more this year.

We’ll be bringing you coverage from the race, interviews with riders (and others associated with the race), product reviews and insights from the peloton. It’s an exciting time for cycling in Australia. If you’re going to be in South Australia, enjoy the festivities. If you’re watching from afar, enjoy the coverage on www.ridemedia.com.au; be sure to let me know what features you’d like to see and I’ll see what we can do.