Story of my bike: Trek-Segafredo team replica Madone, signed by the team

With a retail cost in Australia between $9,999 and $10,749, the Trek Madone with the SRAM Force AXS groupset isn’t a cheap bike. Edward Bourke splashed out a little over a $1,000 more to get a Trek-Segafredo team-replica… complete with autographs from the men’s team at the 2020 Tour Down Under.

– See the moment Edward Bourke met his new Madone, click the link below. –

Want to experience the energy that an enthusiasm for cycling conjures? Spent a few minutes with Mattia Mauri, operations manager at Segafredo-Zanetti in Australia. It’s clear that the Italian loves his sport, bikes… and, quite clearly, his coffee.

He was in his element last Friday. While a good dose of rain fell in Sydney for the first time in months, Mauri was in his office preparing to hand over a bike that he helped arrange as part of a last-minute drive to raise funds for the Red Cross bushfire relief fund. 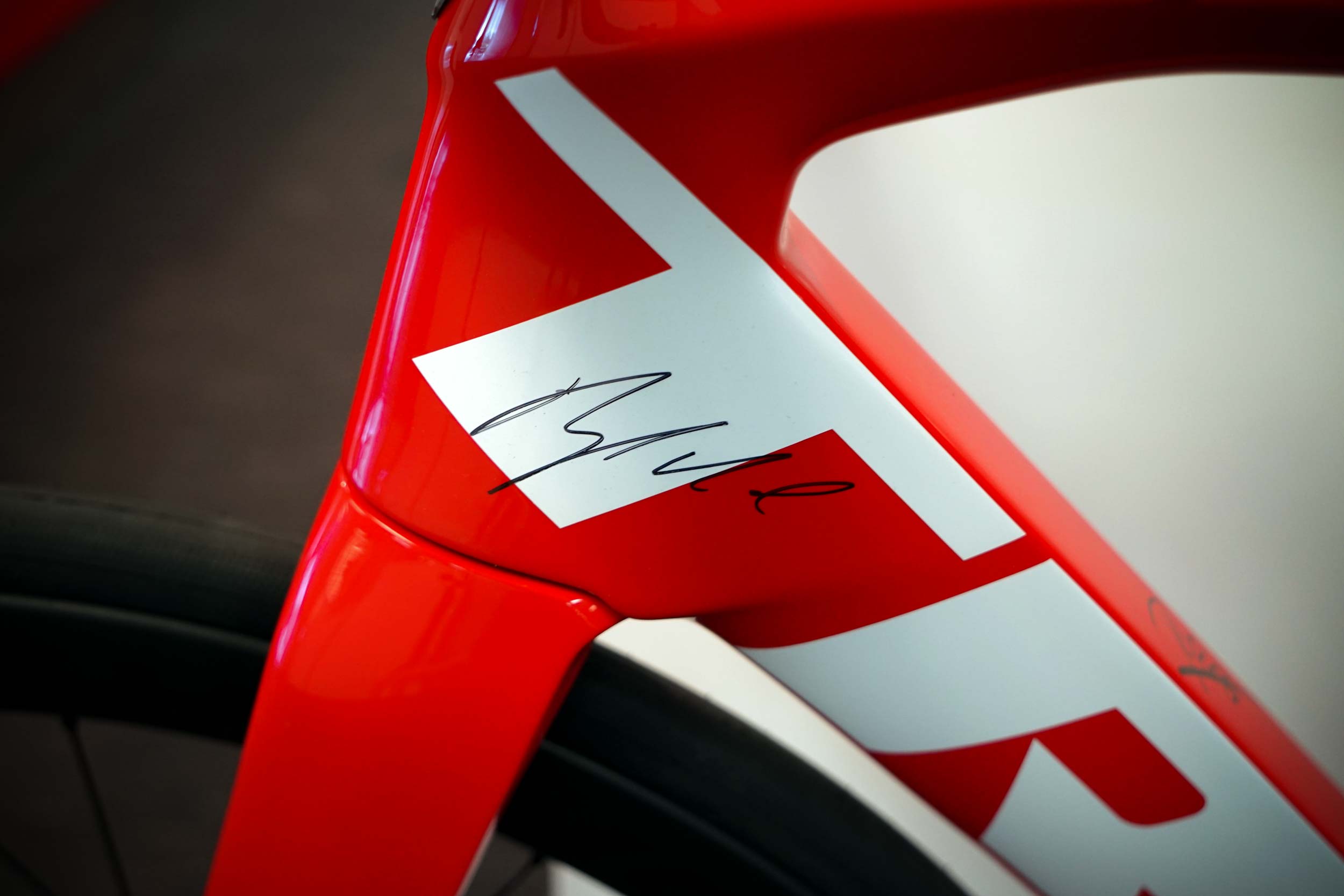 “We thought, ‘What about we ask the riders to sign a bike and let’s put the bike on auction?’ And it was a successful idea,” says Mauri.

“Basically, we were thinking about something different for the Red Cross Australia bushfire relief. Of course,” he says, “I’m a big supporter of cycling so I was like, ‘Okay, let’s do it. And let’s make some noise.’” 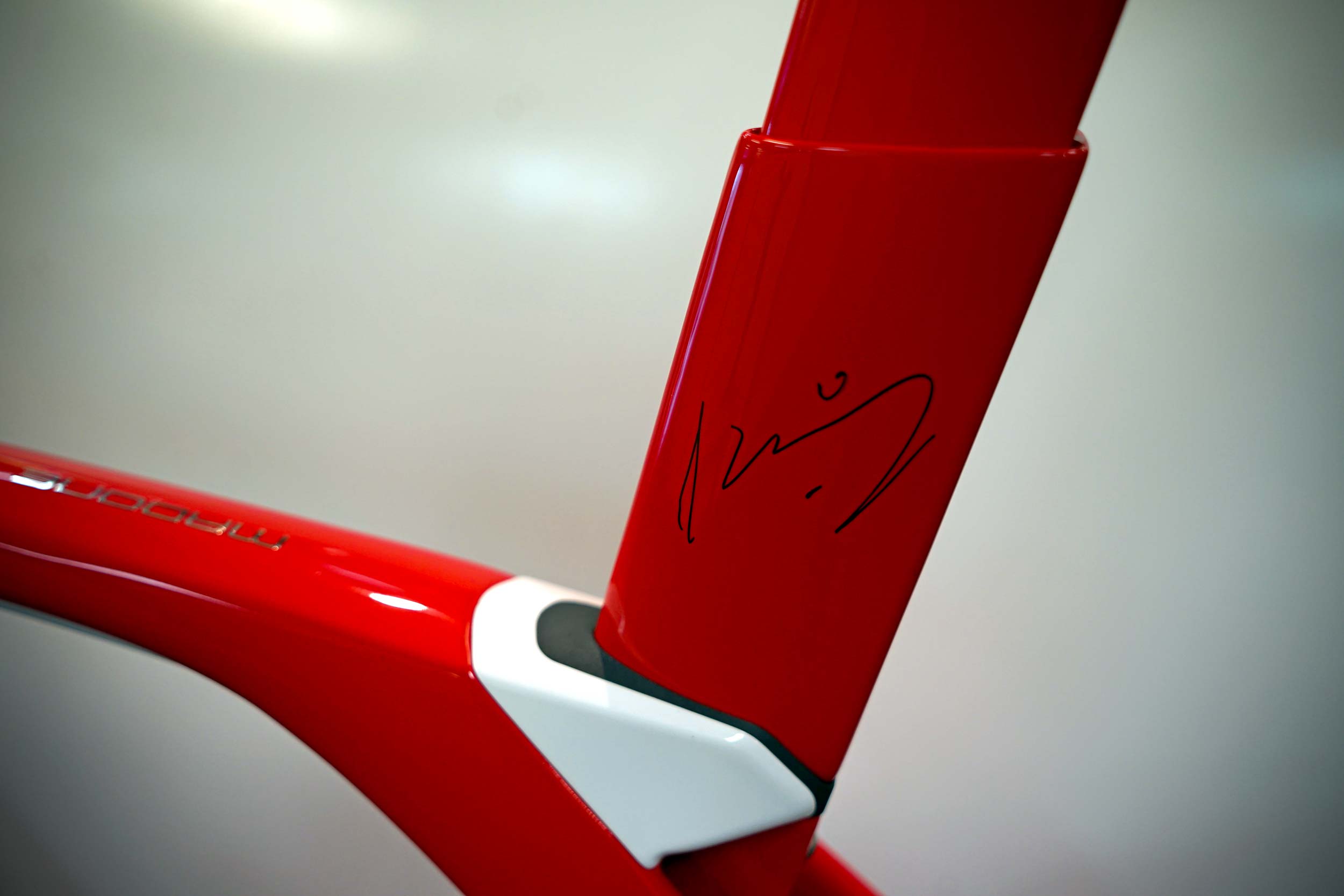 Bids came from people around the globe and then Edward Bourke eclipsed them all, offering $11,751 for a special bike that will be part of a considerable collection.

The engineer who lives in the Sydney suburb of Oatley visited Mauri in the Segafredo office a few weeks after putting in his bid. He admits to being “a Richie Porte fan” and explained how “all our holidays are now based around cycling”.

Together with his wife, they travel to races around the world – most recently the Tour Down Under and, later this year, the Giro d’Italia (again). It’s a cycling life for Bourke, but he also appreciated the effort Mauri and others from Segafredo (and the team) put into ensuring a good fan experience.

“I’d been bidding for a signed world champion’s jersey from Mads Pedersen,” admitted Bourke, “and I missed that.”

The next option was the bike. And, he told me as his partner nodded on, he didn’t even need to convince his wife it was a good idea.

Originally from Bega, Bourke knows people affected by the bushfires. And he hopes his contribution to the Red Cross bushfire relief gets spent to help families who are trying to rebuild their lives after a summer of devastation.

Watch the video to see some more of this bike, the reaction of Edward when he sees it for the first time… and experience some of the energy that Mattia has when he talks about cycling. 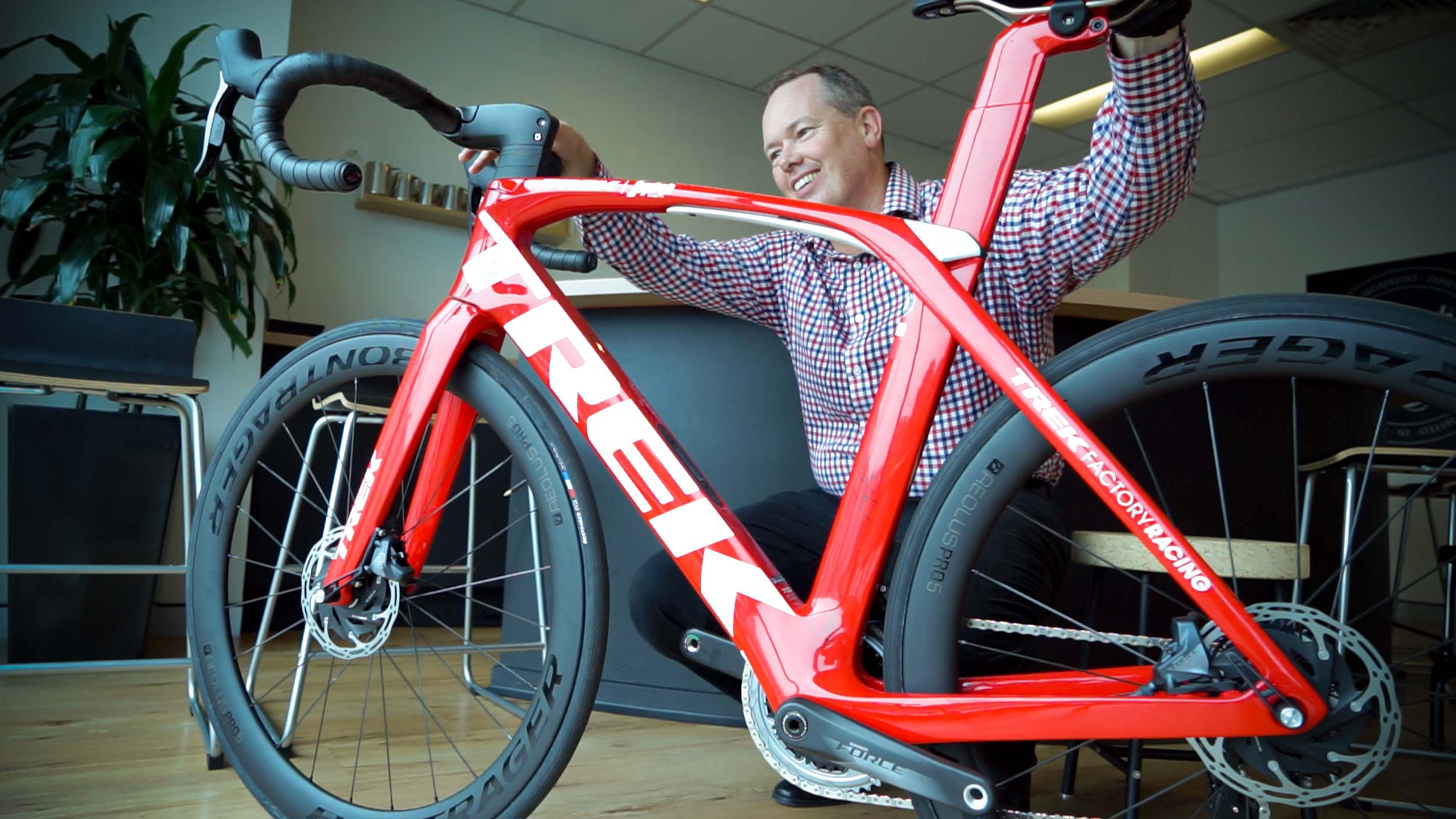 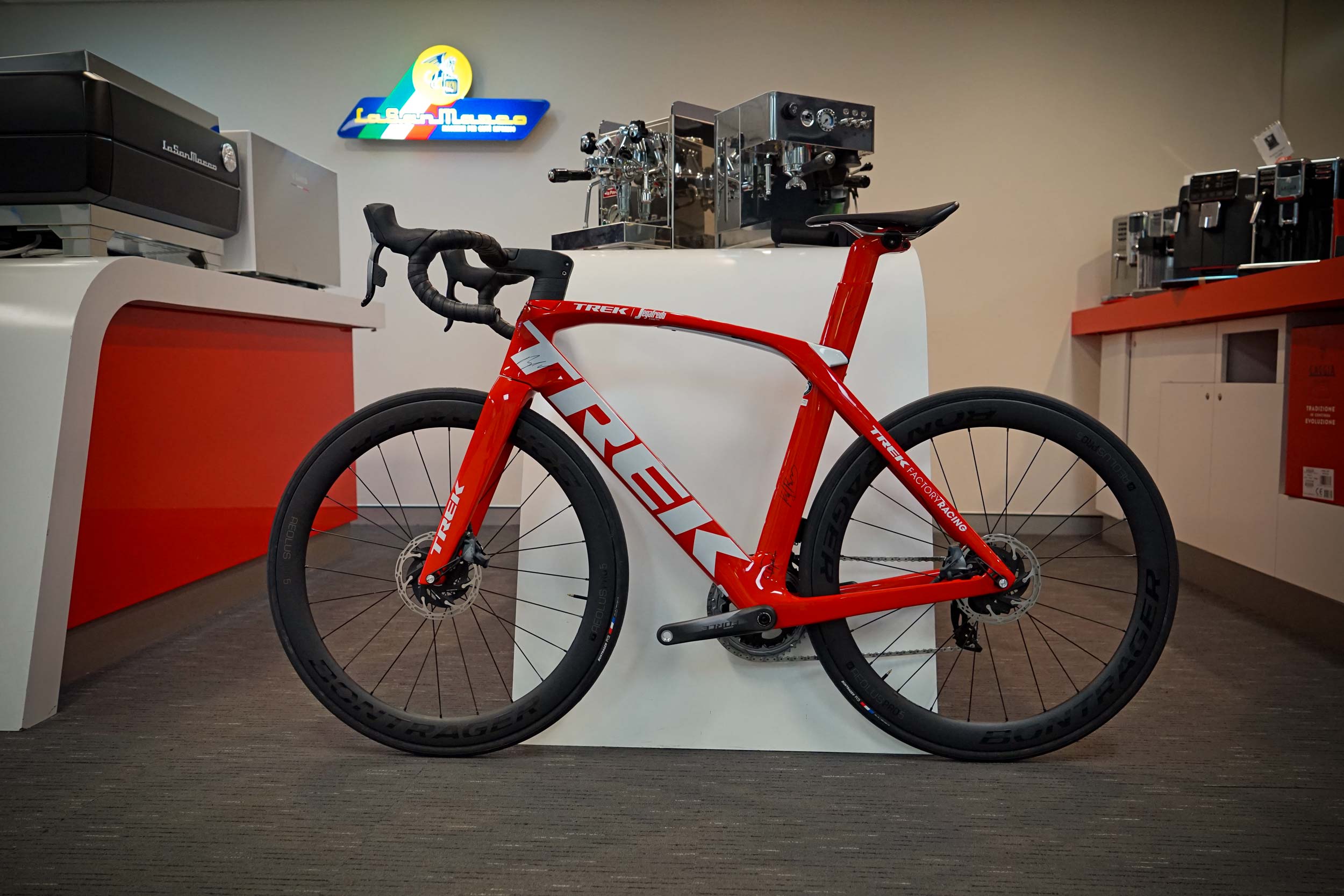 *Note: This is not a paid promotion.