Story of my ride: filming the Sydney 2000 Olympic road race circuit for FulGaz

The Sydney Olympics were a triumph for many reasons. It was a showcase of a city thanks to sport and some of the few free events of the Games were the cycling road races and time trials. We take a look at the route used in Sydney’s eastern suburbs.

On a glorious Saturday morning in Sydney in May 2020, I seized the opportunity to film the circuit used for the Olympic road races almost 20 years earlier. It was part of a project I’d been working on with FulGaz, to illustrate a route that will – in all likelihood – never be used for a cycling competition again.

The 17-kilometre circuit in Sydney’s eastern suburbs starts and finishes on Driver Avenue, with the finish line (which remains in place 20 years later) nestled between the SCG and what was the Sydney Football Stadium.

It was here on 26 September 2000, after eight laps of racing in filthy wet conditions, that Leontien van Moorsel-Zijlaard beat Hanka Kupfernagel and Diana Ziliute in a close sprint to score her third gold medal at the Sydney Games. The Dutchwoman was the darling of the cycling world and she added the Olympic road race to the two titles she had collected on the Dunc Gray velodrome a week earlier: the individual pursuit and points race.

The next morning, there wasn’t a cloud in the sky and the men’s race got underway early. The peloton of 154 riders set off at 10.00am 27 September. Five and a half hours and 14 laps later, Jan Ullrich threw a victory salute with an advantage of nine seconds over Alexandre Vinokourov, and 12 seconds over his German compatriot – and another member of the dubious Deutsche Telekom team of 2000 – Andreas Klöden. 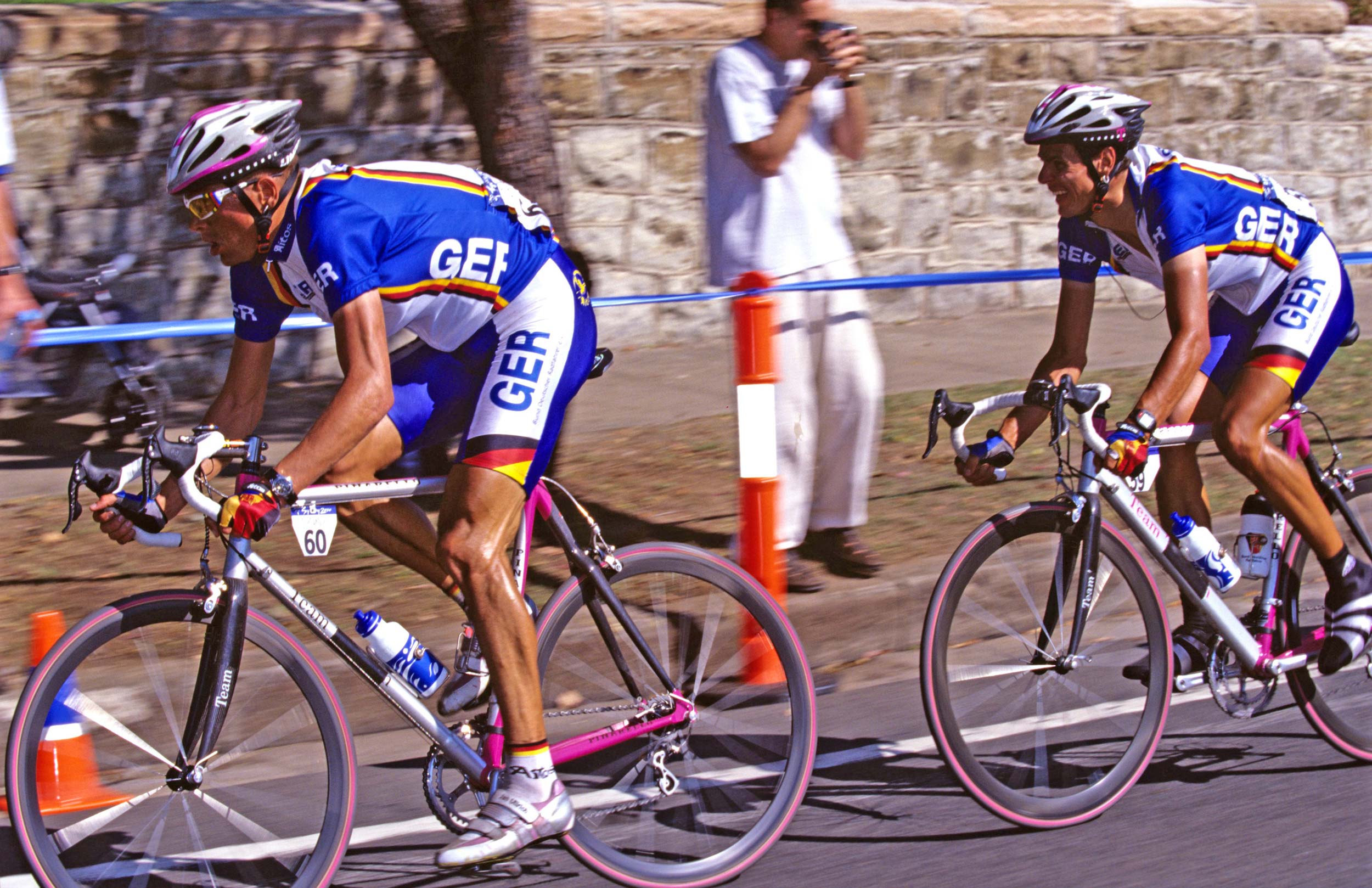 Jan Ullrich and Andreas Klöden, on the attack in the final lap of the Sydney Olympic road race in 2000. (Photo: Graham Watson)

No, it’s not a tough circuit, but there is that climb away from Bronte beach that can add some sting to the legs… and yet it was on the final lap that Ullrich set the fastest time for the circuit.

The average lap time for the men’s race at the Olympics was 23 minutes 30 seconds. On a hot day on a course lined with hundreds of thousands of spectators, it was an amazing atmosphere that generated many fond memories. 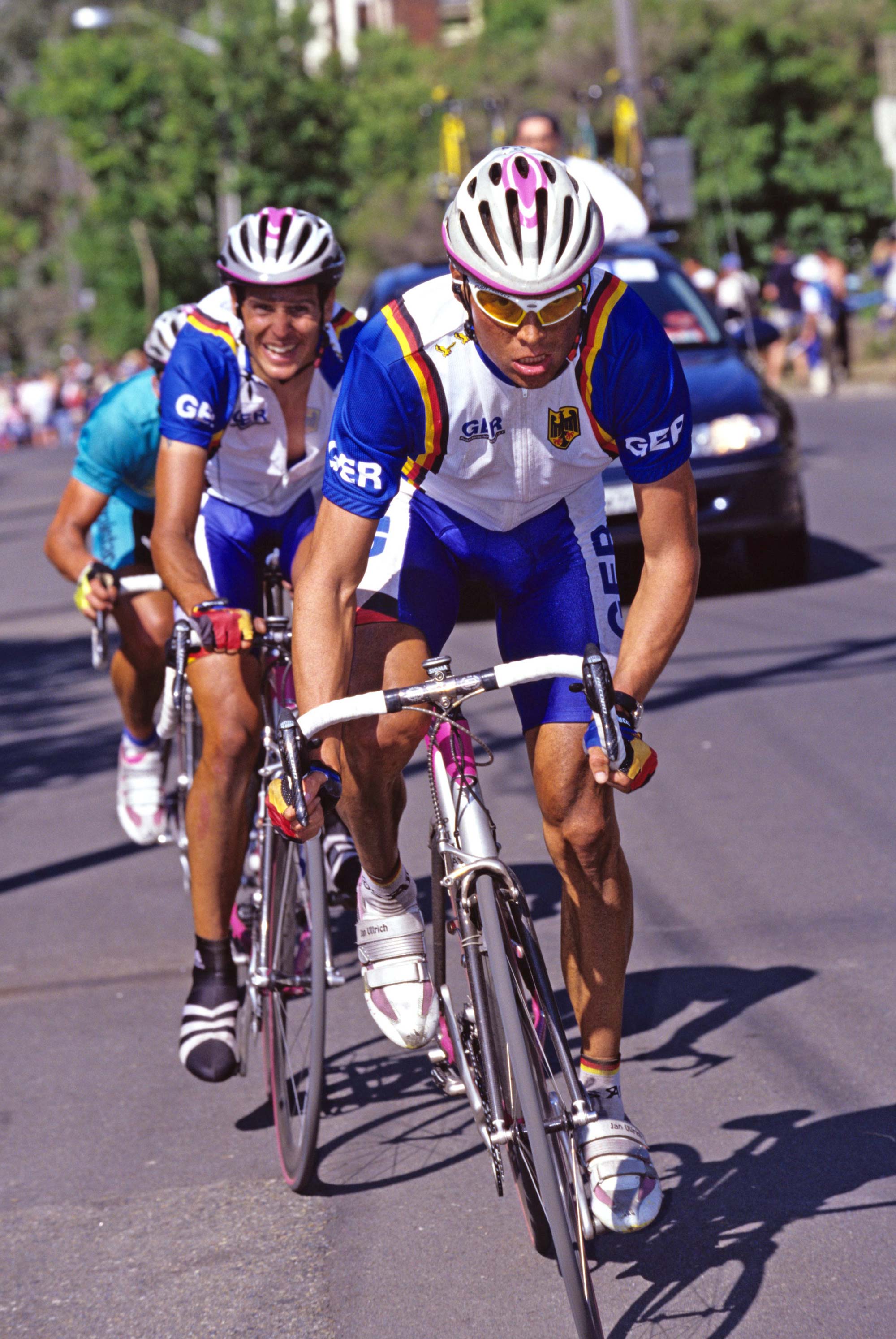 Ullrich ahead of Klöden and Alexandre Vinokourov on the climb away from Bronte beach on the final lap of the Sydney Olympic road race. (Photo: Graham Watson)

Twenty years later, I still ride that circuit regularly and think of the September days in 2000 when cycling was made to feel welcome in Sydney. It was a glorious time and although it is possible to speak about the dastardly ways of Ullrich, Vino and their ilk, the Sydney Olympics remain a highlight of my time following bike racing.

Beyond the sport and the parties, there was a sense of optimism that couldn’t be ignored. Spirits were high, the transport system flourished, and cycling provided spectators with a free Olympic experience. 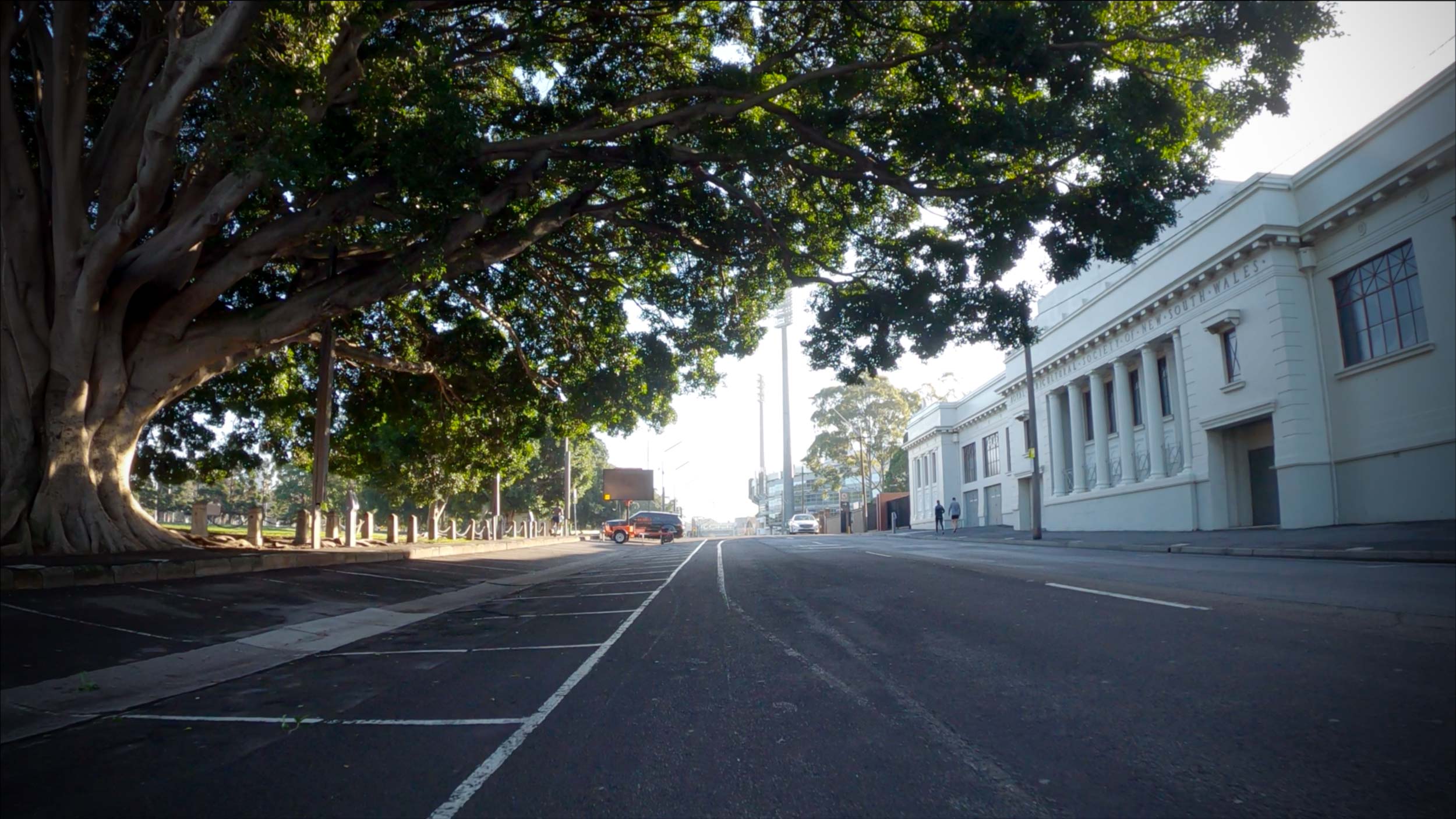 On the weekend, I filmed much of the circuit used for the road races (although there are some amendments, and I’d forgotten a few tiny details about where the riders went while in Centennial Park in the closing kilometres of each lap).

Again, it was a perfect day for cycling in Sydney, exaggerated by beautiful weather and a distinct lack of traffic which is usually a feature of weekend mornings. The restrictions that have been in place because of the pandemic made Sydney seem comparatively empty. Making the filming process even easier was the fact that I coincidentally timed all the traffic lights to perfection, meaning that I didn’t have to stop once.

With a focus on capturing a clean, smooth image, I refrained from riding out of the saddle and concentrated on not rocking the bike from side to side. I selected easy gears for the hill and took the “pacing-not-racing” approach that I often preach to my children when we ride together.

My lap time for the (slightly shorter) course is 35 minutes. 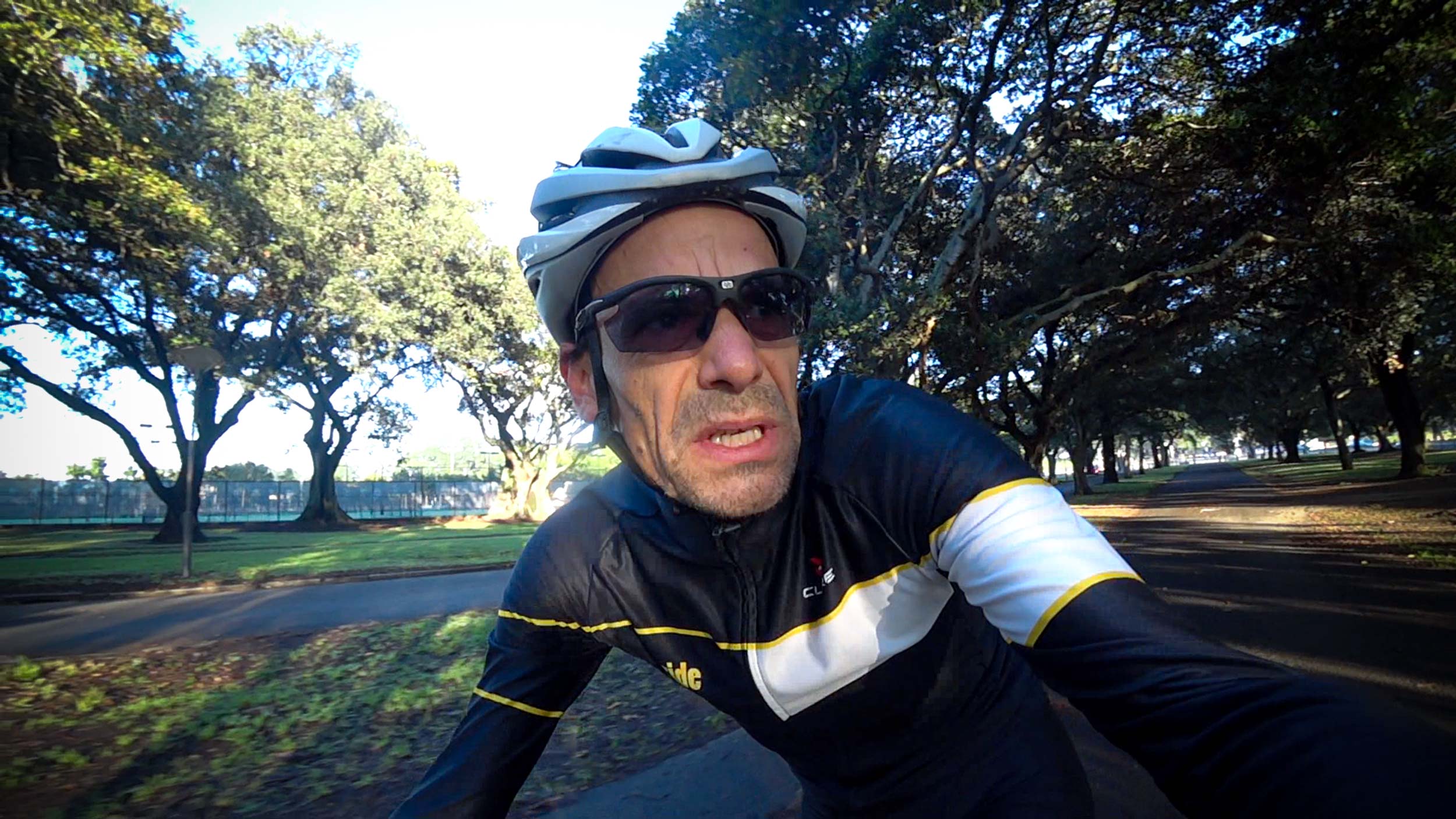 Twenty years after the Sydney Games, the memories remain. Watch the YouTube clip about filming the Sydney road race circuit for FulGaz, to get a few stories of the ride(s)…

You will soon be able to see the full lap when it is uploaded to FulGaz. You can challenge my time, and you are highly likely to beat it; and you can also strive to match what Ullrich did, if you’re feeling brave.

On FulGaz, you can switch to the ‘lap’ option and repeat my loop 14 times, if you want the full experience. But, even with a little over a kilometre cut from the original parcours, I doubt very much that anyone will get near Ullrich’s time of 5:29:08. If you do, could you let me know?