Sutton about Dygert: “A work ethic unlike anyone else I know”

“The bottom line with Chloe Dygert,” says her coach Gary Sutton, “is that she’s not only gifted, she also has a work ethic unlike anyone else I know.”

We continue our mini-series about track cycling and Team USA. 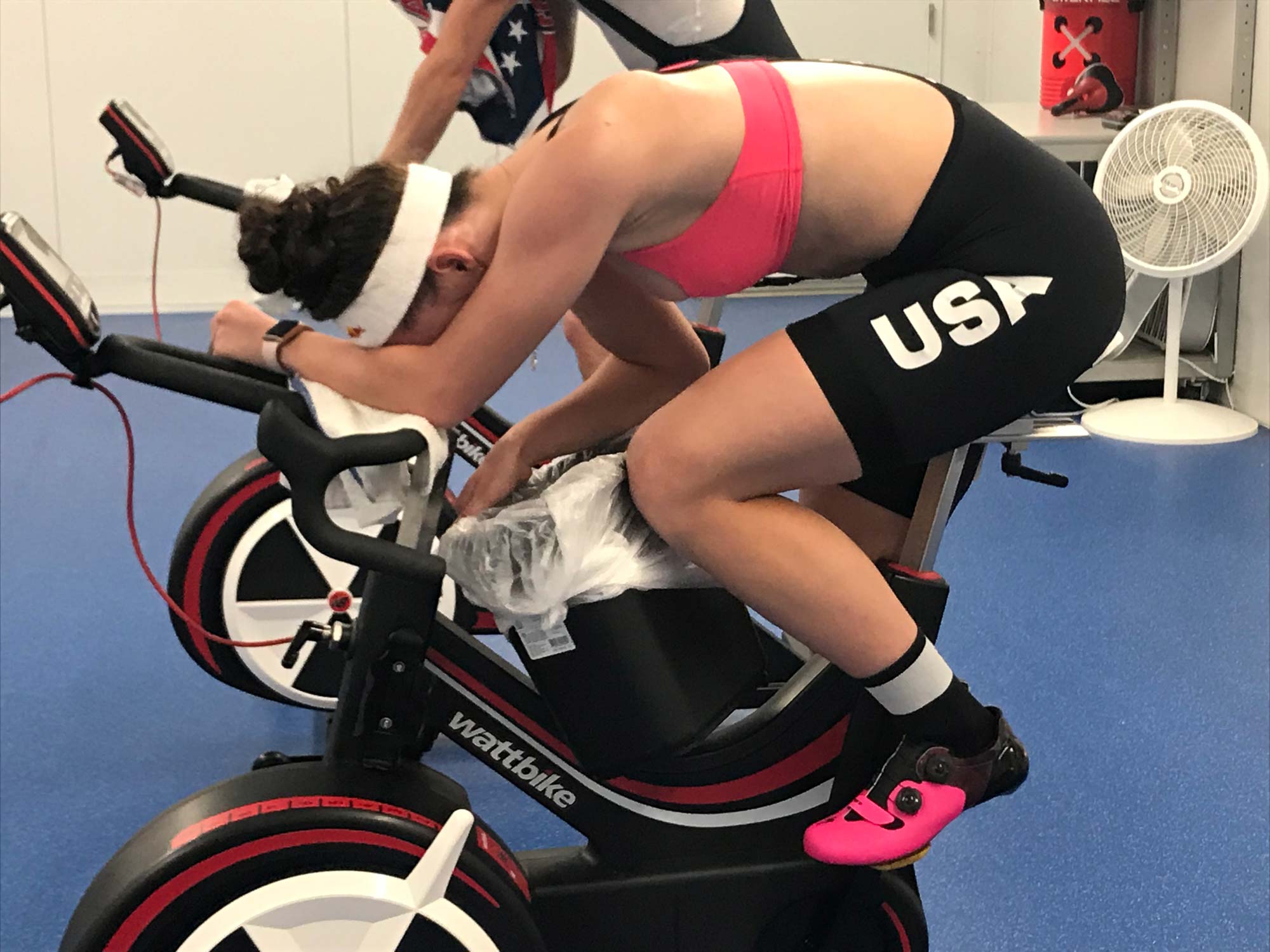 The world championships came and went. There was a flurry of cycling activity in Berlin, with five world records set including both the individual pursuit for both men and women.

At the end of February, Italy’s Filippo Ganna posted 4:01.934 in qualifying for the 4,000m event and went on to win gold against Team USA’s Ashton Lambie.

Meanwhile, Chloe Dygert continues to assert herself as a force in women’s cycling. She scored gold medals in both the team pursuit and individual pursuit at the 2020 worlds in Berlin. And she didn’t slow down as the meet progressed, rather she kept on breaking records: 3:17.283 in IP qualifying, then 3:16.937 in the final!

If things were even mildly ‘normal’ this year, Dygert would be a major talking point in the sporting world, an athlete who would be a realistic favourite for multiple events in Tokyo later in 2020. Dygert has the potential to win as many as three gold medals… if the Olympics do go ahead. It is a big claim but such is the quality of this young rider from Indiana. 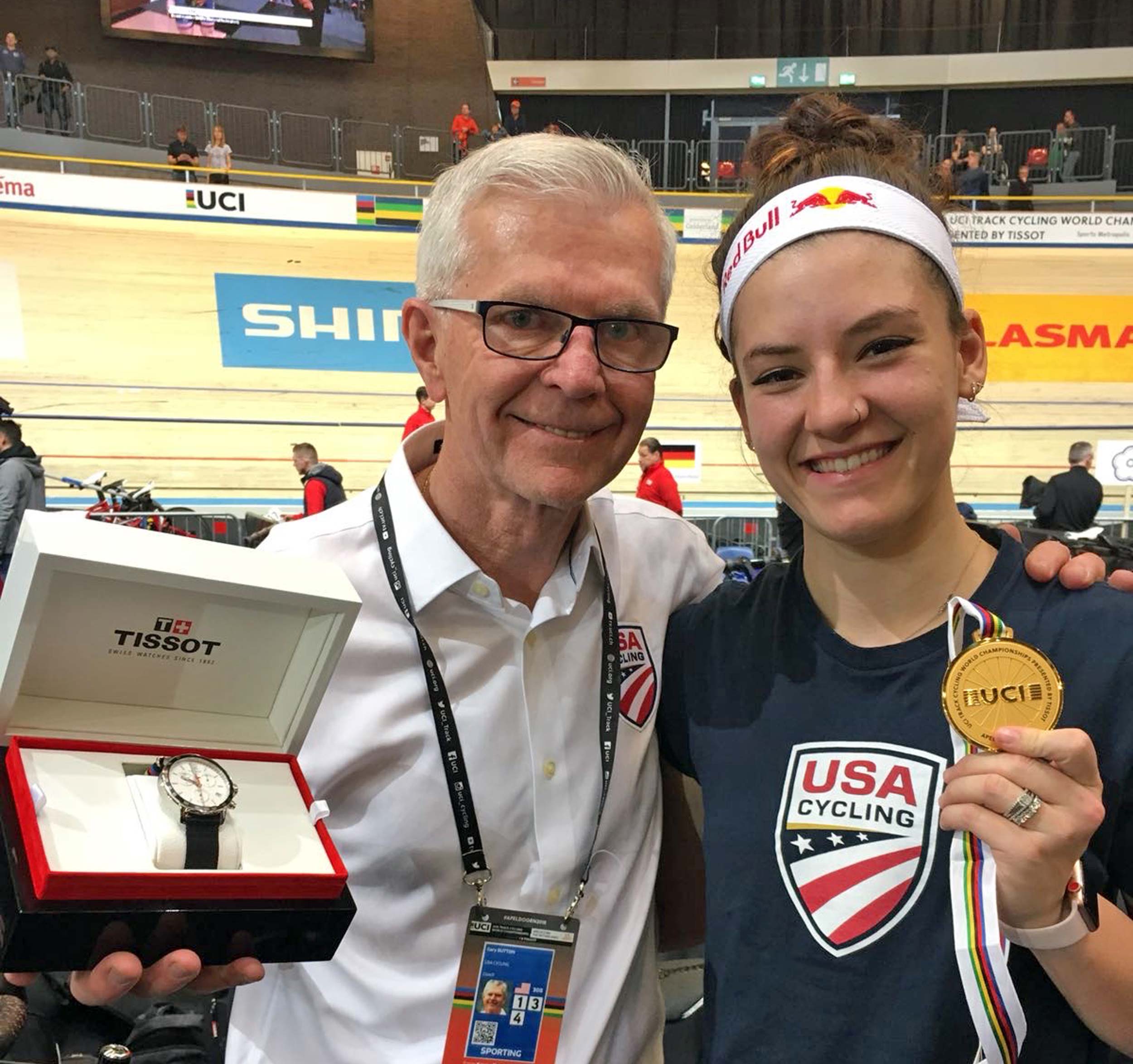 RIDE Media caught up with Dygert’s coach, Gary Sutton, last week on the day that the WHO declared COVID-19 a pandemic and the 64-year-old Australian was still speaking as though the Tokyo Olympics would continue.

“Chloe will do the road race, the individual time trial and the team pursuit,” explained Sutton about USA Cycling’s intentions for Dygert later in the year.

Since then sport has collapsed. Virtually all events in the foreseeable future have been cancelled or postponed. At the time of the interview, however, it was worth entertaining the idea that Dygert could match the efforts of another dominant Olympic cyclist, Dutchwoman Leontien van Moorsel-Zijlaard.

Three Olympic gold medals for one cyclist in 2020? Sutton believes it’s something that Dygert is capable of achieving… if, of course, racing goes ahead. 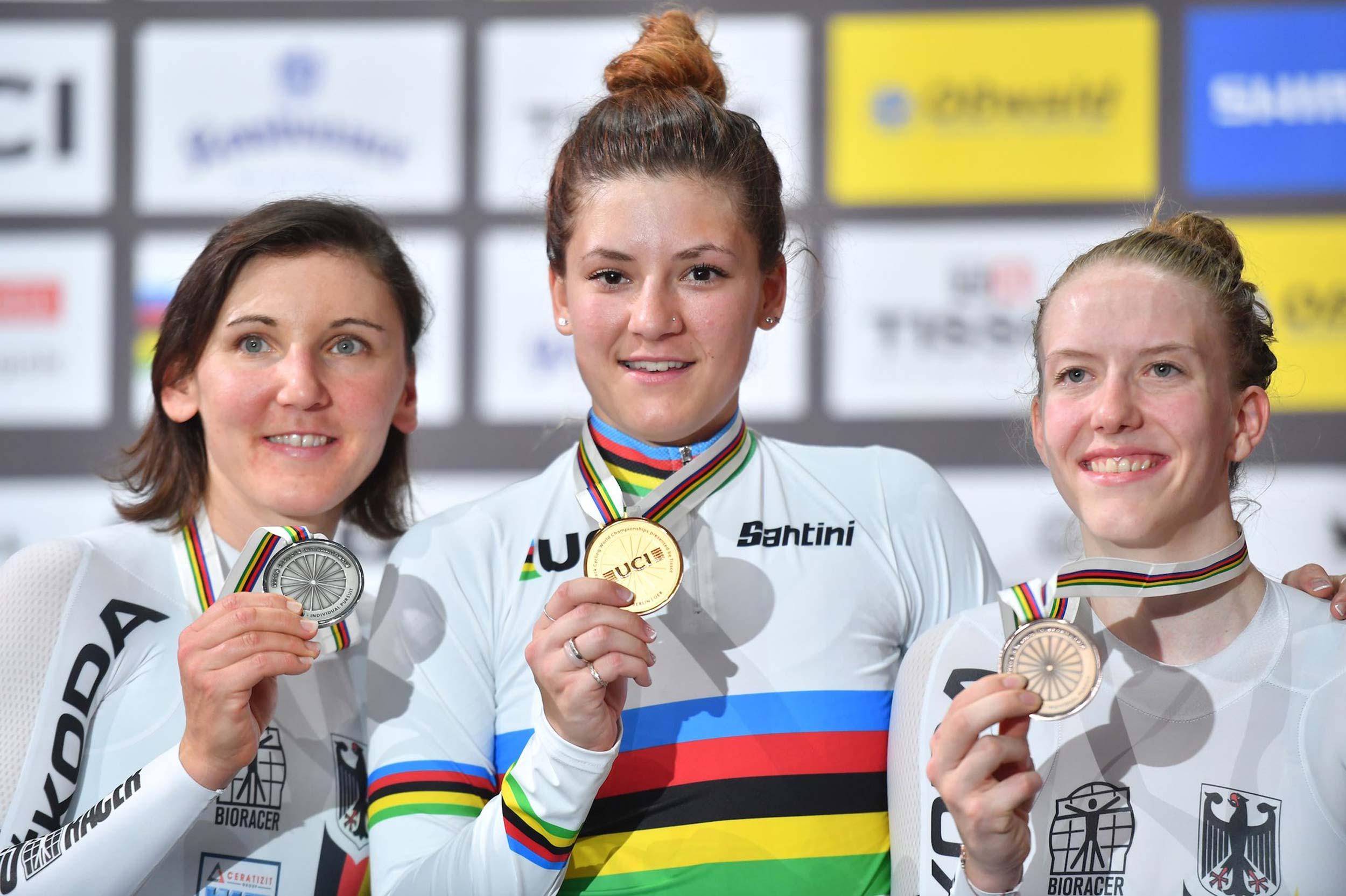 For now, there’s a mild possibility that the Games will proceed – according to the IOC, the Japanese government, and other agencies associated with the Games – and that’s why Sutton continues to consider the details of Dygert’s pet events.

“She’s only got four days from the finish of the [road] time trial, to the TP,” he said. “But Chloe is one person who, after doing the time trial, she will deliver in the TP as well, we know that.”

There’s such faith from the coach that you could be led to believe that Olympic victory should be a formality, but it’s not just because his athlete is a freakish talent. Instead, it’s the commitment Dygert shows to her ‘trade’ that impresses Sutton the most.

He offers a graphic description of how far she pushes herself to ensure that every workout counts. “She is a world champion who spews in the bucket after most training sessions, that’s the best way I can describe it.”

It doesn’t sound pretty and, I wonder, is that a good thing? If you see that as a coach, don’t you fret?

“No,” replies Sutton, “I just let it go because I know that she can’t squeeze any more out; she’s given me 100 percent.

“When you’re a coach, that’s all you ask for from your athletes.”

What USA Cycling has asked in return, is that – at the very least – Sutton wears pink shoes whenever Chloe Dygert is racing. It’s a small gesture but one that endears the pair, and even prompted a little Twitter taunt from athlete to coach.

“Oh come on old man,” she wrote in response to a tweet explaining Sutton’s bright feet trackside in Berlin, “we all know you loved wearing those pink shoes.”

It’s a partnership that is destined to prosper, Olympic Games in 2020 or not. There is respect and admiration, and Dygert has helped Sutton adapt to the lifechanging move from Australia to America in 2017 after over two decades as a coach in the Australian system.

“Honestly, when she finishes what we do – whether it be interval training or whatever it is – there’s nothing left in her body,” concludes Sutton about the effort Dygert puts in to preparation. “She’s phenomenal, the way she hurts herself and the way she works with the team.

“She was very talented and accomplished before my arrival at USA Cycling and, I’ve got to tell you, she trains harder than any other athlete I’ve worked with.”

Capable of an Olympic triple…?

At the Olympics in Sydney 20 years ago, van Moorsel-Zijlaard won the individual pursuit, the road race and the time trial on the road. That’s three gold medals to one cyclist. Is Chloe Dygert capable of repeating that, albeit with team pursuit gold rather than the IP?

“The one thing I’ve learned about Chloe since I’ve been here, you never say never with her,” says Sutton.

“She’s on a mission, she’s so motivated. She approaches every race differently and, honestly, she is capable of doing anything.”

What becomes of competitive in cycling in 2020 is anyone’s guess. There are many assumptions being made but these days it relates less to how an athlete may perform on the Olympic stage, and more about whether or not they will get the chance to compete.

Whatever unfolds, Chloe Dygert has already made a big impression in cycling and she’s still only 23.