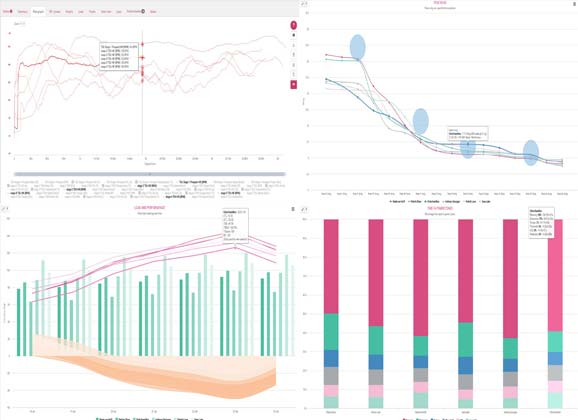 We published a stage-by-stage review of power data supplied by riders from the UniSA team at the 2016 Tour Down Under written by Mark Fenner. Today the coach concludes the series with an overview of the racing in South Australia last month… 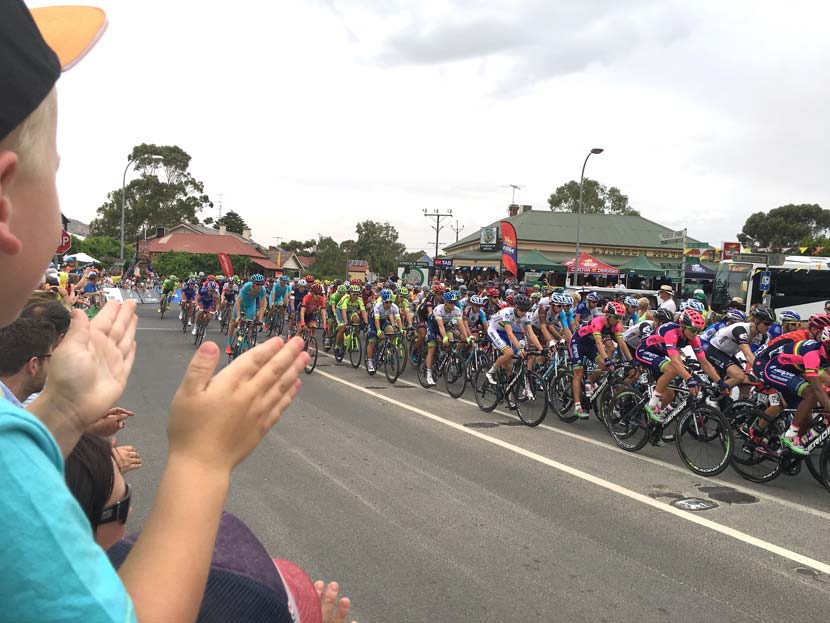 Tour Down Under: overview of UniSA’s Power

What is the physical cost of riding for seven days straight in the Santos Tour Down Under?

What are the average watts of a competing rider?

How many calories are burnt during the week?

How many meters of vertical ascent were ridden?

What was the average speed of the riders for the week?

All these questions and more can be revealed using Today’s Plan and in this final piece from the TDU we will look at the collective data from the UniSA riders and see how they all compare and stack up against each other. By creating an analytics dashboard we are able to just use the race data from each of the riders and see who was the most efficient riding in the bunch, who hit the best watts/kg and much, much more.

In this first Metrics table we can see a selection of specific data which we can use to see a number of important statistics for each of the riders.

We can compare various watts/kg across a range of critical power zones, the average intensity factor for each of the riders. What can be seen here is that all the riders had very similar statistics when looked at across the six stages.

In this next graph we can see the peak power/weight curve for each of the riders. When using Today’s Plan we are able to toggle in and out the selected riders and we can see the profile of the GC riders who are stronger in the 2-60 minute range and the higher power/weight numbers of the sprinters in the shorter duration efforts.

The time spent in each riders respective power zones is a great way of identifying what riders were the most efficient in the peloton and who spent more time in the break or driving the front.

Not unsurprisingly Sean Lake and Pat Shaw both show the greatest distribution of time spent at endurance and tempo as both were in near day long breakaways.

What is noticeable is the efficiency of Anthony Giacoppo and Steele von Hoff as the team’s sprinters their role is to save as much energy as possible to be in the finale wherever possible to snag a stage win.

Chris Hamilton shows the largest amount of time spent in VO2 and Anaerobic zones as he battled on the Corkscrew and the mountain top finish of Willunga Hill.

The fitness and condition of the riders coming into the Tour Down Under can be measured and quantified using the Load and Performance chart. In the next couple of graphs I have selected the date range spanning the TDU and we are able to see the Chronic Training Load of each rider (CTL = accumulated T-Score which is a sum of duration and intensity over the past 42 days of riding) as well as the Acute Training Load (ATL = T-Score over the past seven days) displayed as the thin line rising throughout the week.

The coloured shading is the rider’s Training Stress Balance (TSB) and this represents how fatigued the rider has has become during the week.

The more negative the TSB the greater the fatigue.

An important consideration here is that the riders with the biggest training load (highest CTL) will potentially handle the load from each days racing better than those with a smaller CTL as there body has been conditioned to handle more load in training over a longer period of time.

Getting the balance right in terms of the relationship between CTL, ATL and TSB is unique to individual riders and can be used to bring riders into races in their very best condition.

In this next Load and Performance chart I have toggled in just Pat Lane and Chris Hamilton’s data. These riders represent the two extremes of the UniSA group’s load.

Pat Lane, being a seasoned road rider, developed a CTL of close to 130 points before tapering into the TDU. Pat’s TSB is affected less by the load of each day compared to Chris Hamilton, who, as rider who often tries to mix up both the road and MTB seasons has to train a little differently to focus more on shorter sharper efforts needed to perform in the MTB discipline.

The nature of the shorter TDU stages and overall race length was not enough to drive the TSB too low for Chris and he was still able to produce the goods when it mattered on the famous Willunga Hill at the end of the tour.

In this final graph I have selected Sean Lakes heart rate data from each stage and used the Ride graph with some smoothing of the data to display each stage of the TDU on one graph.

The first stage can clearly be seen as the highest heart rate line on the graph. When Sean was fresh his heart rate responded well and elevated into his usual zones.

Each day after the traces show a gradual decline in HR every day. This is a common response to fatigue, but, is especially noticeable in Sean because of his incredibly hard first day where he created break of the day and took out the KOM jersey for the UniSA team. Going this hard on the first day will have caused more load and fatigue than the rest of the team and undoubtedly affected Sean in subsequent stages.

There you have it the final piece on the UniSA team’s week at the Santos Tour Down Under. I hope that the daily and then week overview uncovers more about what it takes to race at the WorldTour level.

By understanding the data and using a analysis platform like Today’s Plan you should be able to see how you would stack up against these riders and set the bar high to be the best rider that you can be.