Once again we will see another brand from Gerry Ryan’s stable of companies in the title of Australia’s only WorldTour teams. Jayco regains naming rights status for a roster of 13 riders in 2022.

Amanda Spratt is back on her bike, but deliberately not letting herself get too excited. For a little while longer yet, she’s been asked by her doctor to keep her heart rate below 100bpm. That’s an early ramification of an off-season operation, but the veteran of what has been known as Team BikeExchange (in 2021, and many different titles before that) expects to be properly back in action soon.

In 2022, it will be known as ‘Team BikeExchange Jayco’, with the caravan company’s logo earning greater prominence on the new outfits (which, next year, will be made by the Italian brand, Alé).

Back on the bike! 6 weeks post op and this week I can do 1 x 45mins ride staying as upright as possible. I need to keep my heartrate under 100bpm until the end of December so it was slow-going. Far away from where I’m used to being but it felt so great to pedal again 🚲😃. https://t.co/zicb4fInP0

Spratt is the stalwart of a group of 13 riders who will make up the women’s component of the WorldTour teams owned by Gerry Ryan in 2022. Next year will be the 34-year-old’s 11th season racing with the Aussie team and the hope is that the iliac artery operation will help her get back to the competitive level she’s enjoyed in the past.

The return of Jayco to the name suggests that the hunt for additional sponsors in advance of the 2022 season hasn’t been successful. But team owner, Gerry Ryan, is committed to his cycling team even if it means continuing to back it with his own money (as he’s done from the inception of the ‘GreenEdge’ project back in 2012).

Ryan’s portfolio of companies includes both BikeExchange and Jayco and although we’re yet to see the design of the jersey for 2022, the release overnight – highlighting the name change and confirming the final roster of 13 riders for the women’s line-up – explains the ambitions of the team for next season.

“It is almost like a new, fresh start for us in 2022,” says Martin Vestby, the head sports director of the women’s team.

“We will see quite a big change to the roster compared to previous years and this is an exciting challenge for us, and I think it will make the whole team step-up a level.”

The finalisation of the roster may be complete but, according to rumours circulating in racing circles, there are a few more sponsorship arrangements yet to be confirmed. In 2021, for example, Bianchi was the bike supplier for both the men’s and women’s BikeExchange teams. That is expected to change in 2022, with Giant likely to replace the Italian brand.

Giant is one of the biggest brands in cycling but the news about the new team name suggests that another bike company as a title sponsor (as was the case with Mitchelton-Scott in 2020) isn’t going to happen… not in 2022 at least. 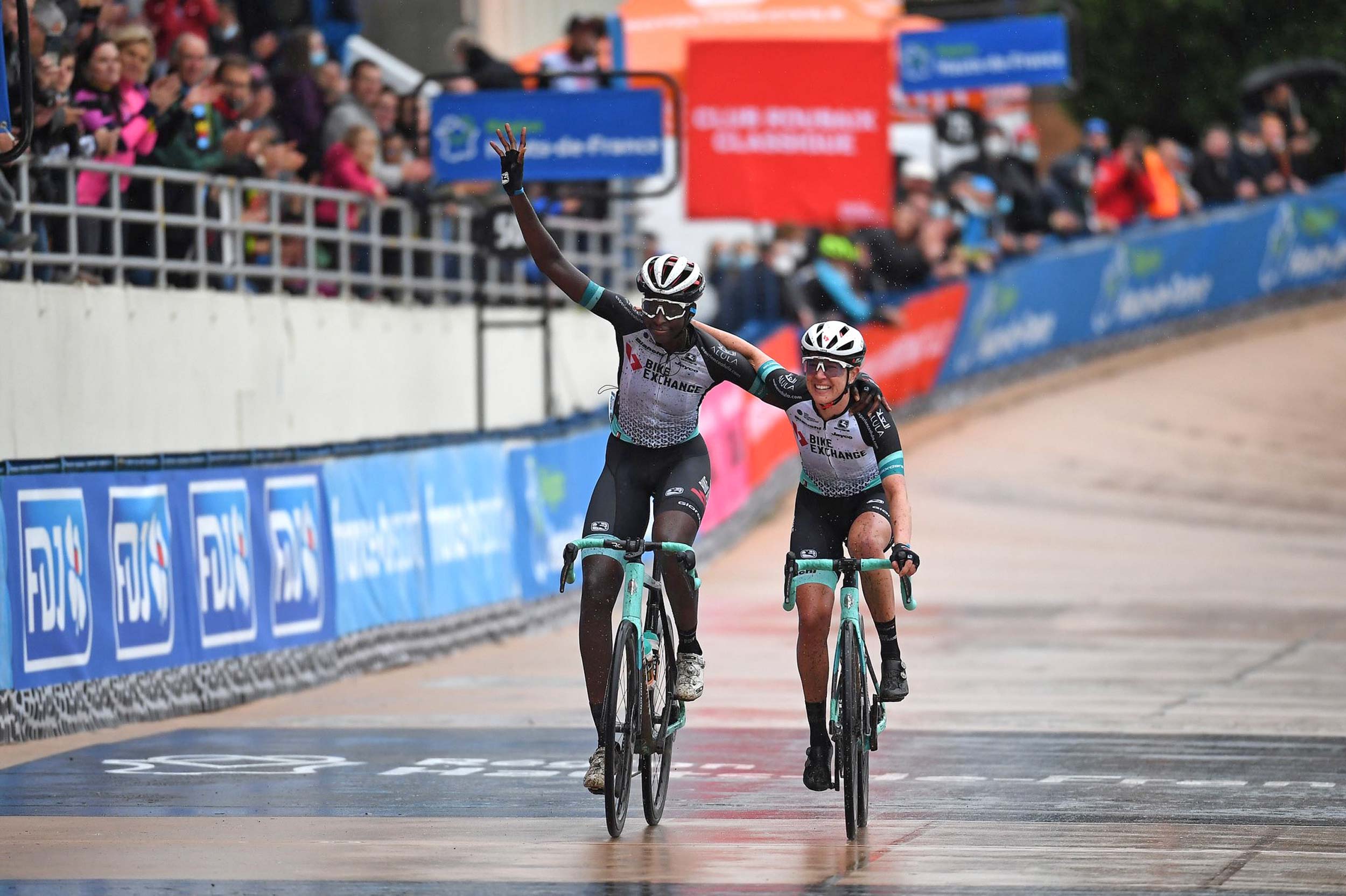 There will be the same number of riders as 2021 but a different approach thanks to a volley of new recruits, including two Australian riders who had been part of the Australian Cycling Team for the Tokyo Olympics campaign, Georgia Baker and Alexandra Manly.

It’s an international roster with riders from Australia, Trinidad and Tobago, USA, Italy, Netherlands, Spain, Singapore, New Zealand and Slovenia and, according to the official release issued overnight, it’s and “outfit with … attributes ranging from raw power to track speed and valuable racing experience”.

Racing is still a couple of months away but we can expect to see some of the riders in action before next year’s WorldTour begins with the one-day Strade Bianche Donne in Italy on 5 March 2022.

Despite the fact that Wollongong will be hosting the 2022 road cycling world championships, the Australian national championships return to Buninyong in Victoria in January. Although the circuit near Ballarat has been the scene of fantastic racing in the past, it is something of a missed opportunity for #Wollongong2022, as a test event with national titles up for grabs would have been a great way to showcase the routes to be used for the worlds.

Still, Buninyong has been the site of the nationals for many years and the Ballarat community has always provided a warm welcome to the cycling festival, even when the racing had to be shunted to February rather than the preferred January date (as was the case this year).

Spratt has enjoyed success on the Buninyong circuit but it’s unlikely she’ll be racing for the national champion’s jersey early next year. The comeback has begun but it could be some time before she’s back to peak form. Also, there is travel during a pandemic to consider and this will impact what would have been the ideal schedule for the Australian WorldTour team.

There’s a pause in road racing for a brief off-season but it won’t be long before the action heats up, complete with new faces on the Team BikeExchange Jayco roster. The good news is there’s still a strong Australian connection with the WorldTour (even when there’s another season coming with no local WorldTour events) and the continued commitment to sponsorship that we’ve come to expect from Gerry Ryan.

Australian cycling owes a lot to Ryan’s enthusiasm for the sport and the riders on his payroll will surely do their best to score some good results in the season ahead.