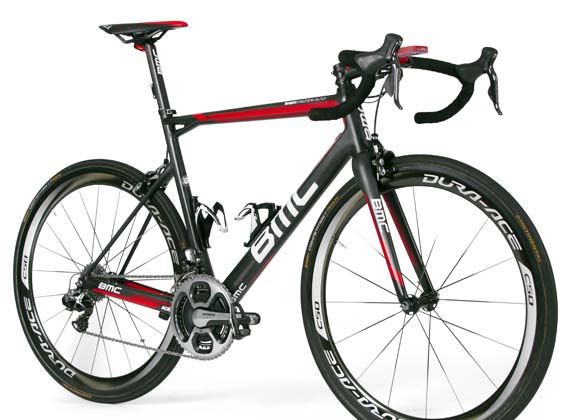 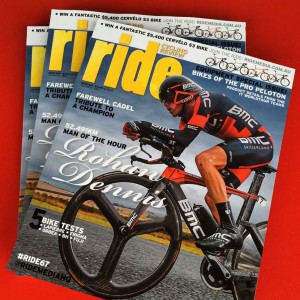 The new issue of RIDE is printed and being distributed. It features the ‘Man of the Hour, Rohan Dennis on the cover.The winner of the opening round of the 2015 WorldTour, the Santos Tour Down Under, is also the reigning holder of the hour record (52.491km) and it’s fitting that he holds front page position for the first issue of 2015. RIDE #67 has been sent to subscribers (from Sydney) today, 13 March. Inside there is a giant feature on products from the pro peloton, including all bikes from teams of the WorldTour. We have already posted a number of online galleries with images of team bikes and here is the eighth instalment… featuring the bike of BMC’s other Australian recruit, the under-23 time trial world champion, Campbell Flakemore.

Click the photo below to begin the slideshow of Campbell Flakemore’s TeamMachine SLR 01.

As well as coverage of the Tour Down Under and Rohan’s record breaking ride in Grenchen this February, fans of the BMC team will surely appreciate the opening feature of the new issue: a tribute to Cadel Evans who retired from racing on 1 February. 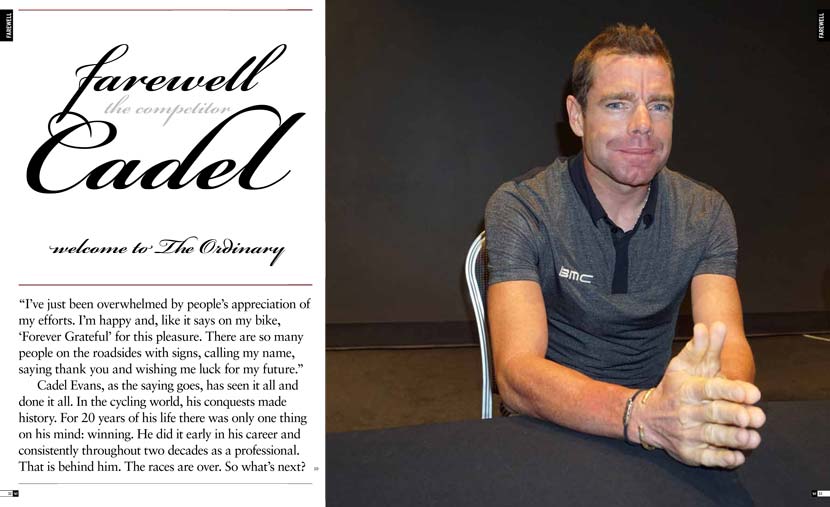 Cadel has regularly featured on the cover of RIDE over the years and he was again considered for the front page because of the enormous impact he’s had on Australian cycling for the past two decades. Ultimately, however, we opted for Rohan instead of Cadel.

The photo, by Mark Gunter, features Dennis on his way to second place in the national championship time trial.

You can read about the team bikes, Rohan Dennis, Cadel Evans… and much more in RIDE #67. It’s available now as an e-magazine via Zinio or you’ll see it in shops next week.