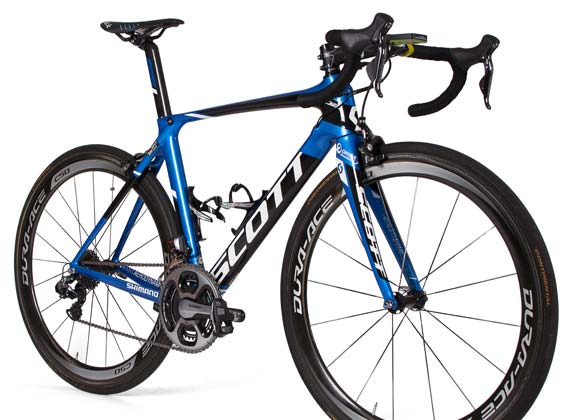 In stage three of the 2015 Tour de Langkawi and stage three of Paris-Nice, the new blue frames of Scott’s Orica-GreenEdge bikes sped across the line in first place. Caleb Ewan and Michael Matthews, respectively, won the stages in Malaysia and France – both taking the yellow leader’s jersey by virtue of their victories. The Scott Foil has been the bike of choice for the sprinters on the Australian team for several years and although the colour has changed for 2015, the frame remains essentially the same as last year’s model.

In RIDE #67, you’ll find a feature on the equipment from the pro peloton. This includes a look at all the bikes of the 17 WorldTour teams for 2015. We are posting galleries of the images collected as part of an online series. Here is another instalment, featuring the bike of Daryl Impey.

Click the photo below to begin the slideshow of Impey’s Orica-GreenEdge team-issue Scott Foil.