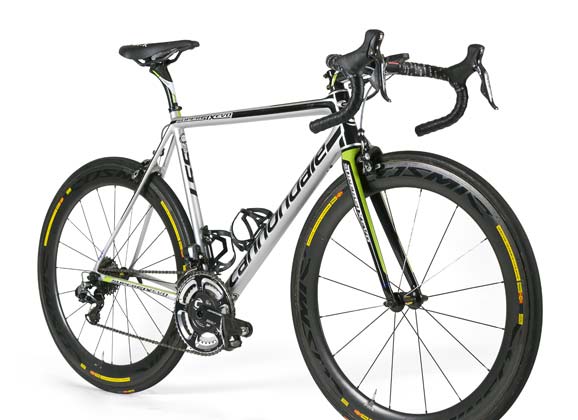 A bright green team-issue frame was unveiled early in the season and it would appear in some races underneath some riders, but the chrome, green and black finish of the revised Cannondale SuperSix Evo Hi-Mod seems the bike of choice for many.

Unless ballast is added, this extremely light bike dips under the UCI weight limit and, in our studio sessions series from RIDE #71, the team mechanic James Griffin explains that even ballast has become a special ‘component’ that team mechanics have to instal.

Click the photo below to begin a slideshow of 26 image of Patrick Bevan’s Cannondale.

Scroll down the page to see the evolution of team bikes supplied by the US brand.

Cannondale is one of several bike companies with naming rights of a WorldTour team, Cannondale Pro Team… which, at the core, is the Slipstream management group backed by Doug Ellis.

The bike brand has a long history of innovation in the peloton even if the changes are more subtle than many new releases these days. Jack Lynch attended the launch of the new SuperSix Evo and the CAAD12 in Italy last year…

“Cannondale prides itself on creating benchmarks, pushing innovation, generating excitement about its bikes… and occasionally confusing the cycling scene,” wrote Lynch in RIDE #69.

“It can be credited with many successful ideas as well as some ‘admirably inventive’ ones. So what happens when it releases a bike that is ostensibly the same thing as its heralded flagship of the past four years? Cannondale simply states that this version is better – no, not just better: the best! Tired of its competitors claiming their bikes to be the ‘stiffest’, ‘lightest’ or ‘smoothest’, Cannondale has put a ‘b’ in front of the ‘est’ suffix to stake the claim that the SuperSix Evo Hi-Mod is the ‘best total race machine on the market’. This is quite an assertion considering the highly marketable improvements of bikes at other launches in 2015.” 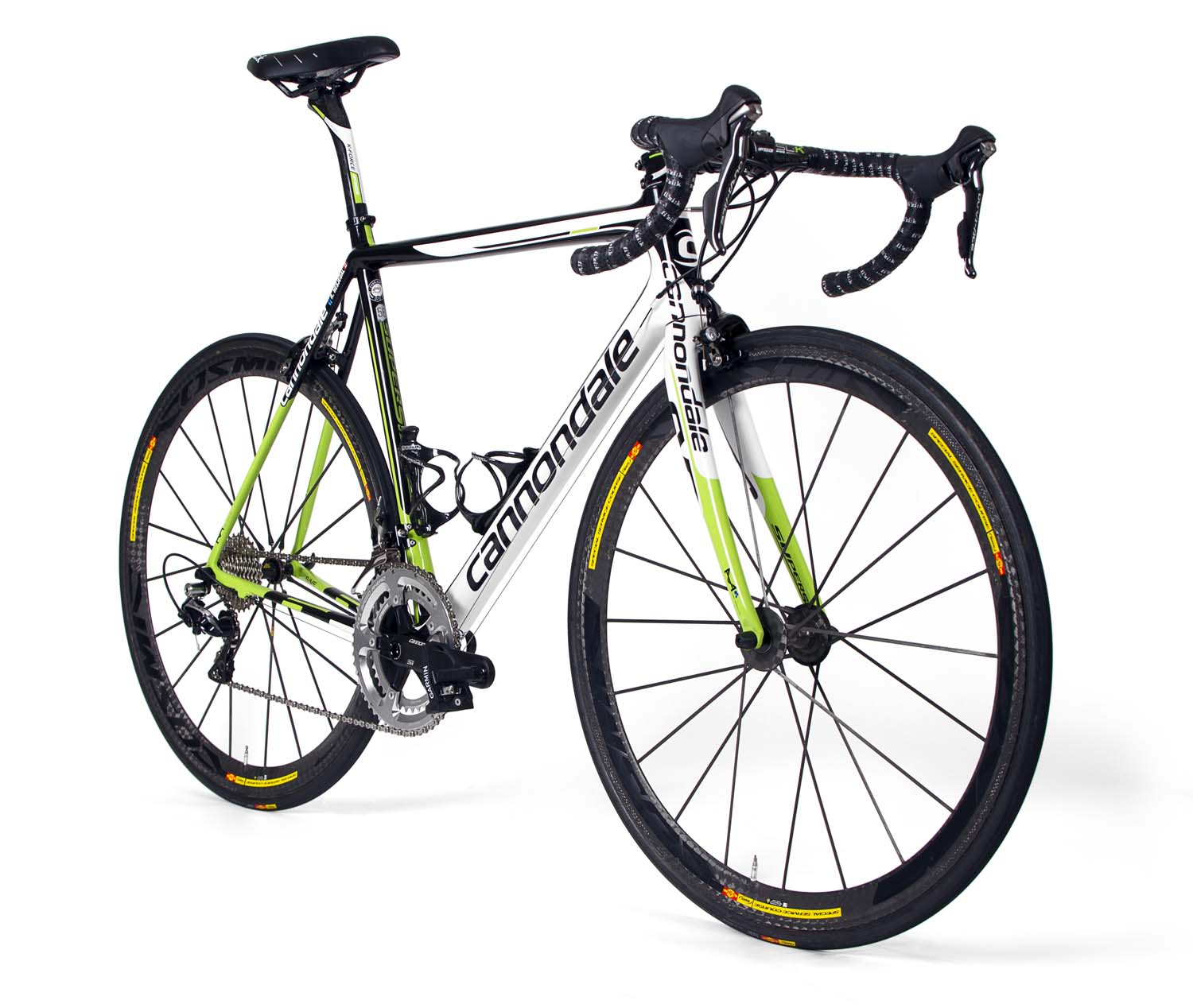 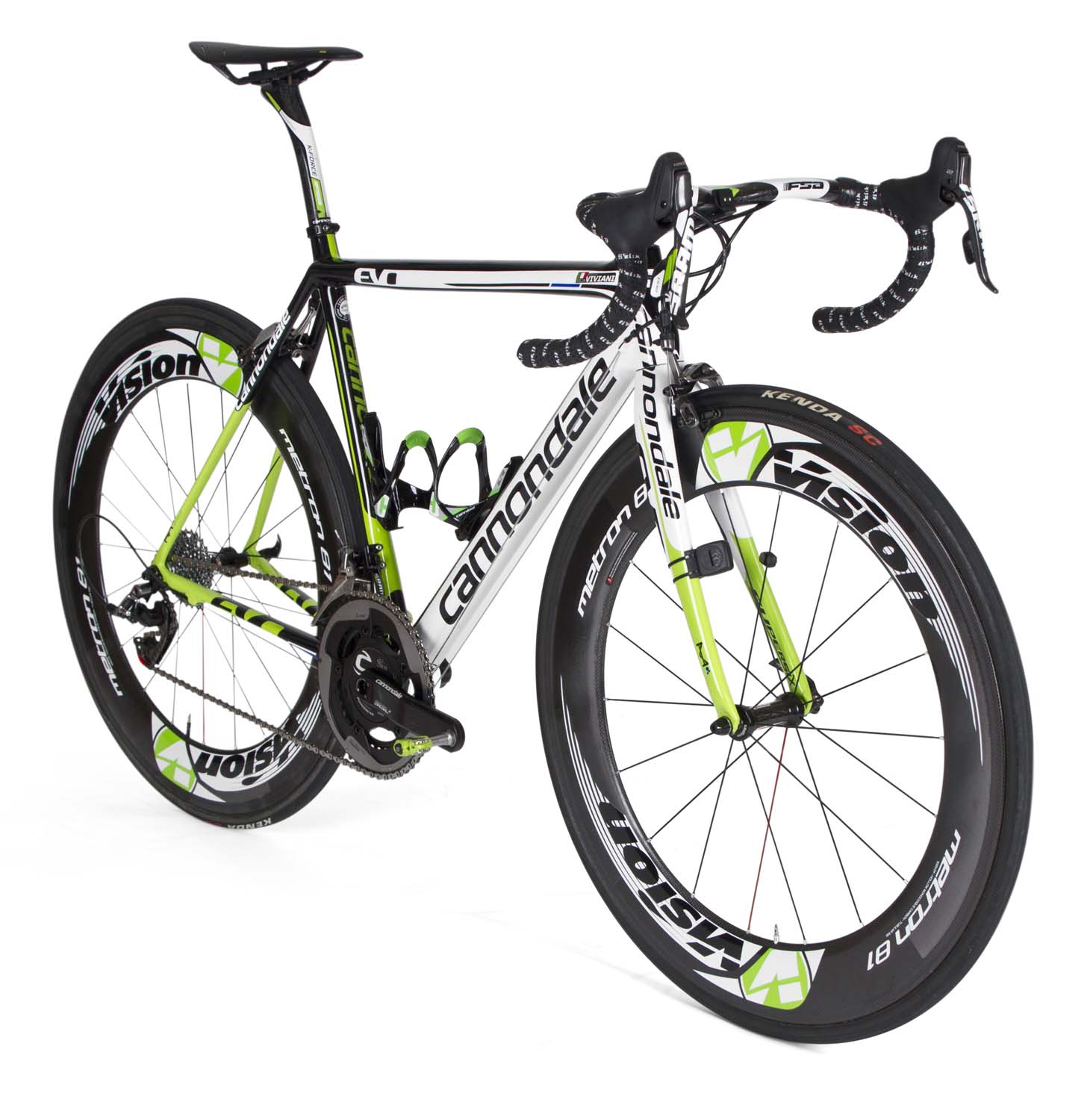 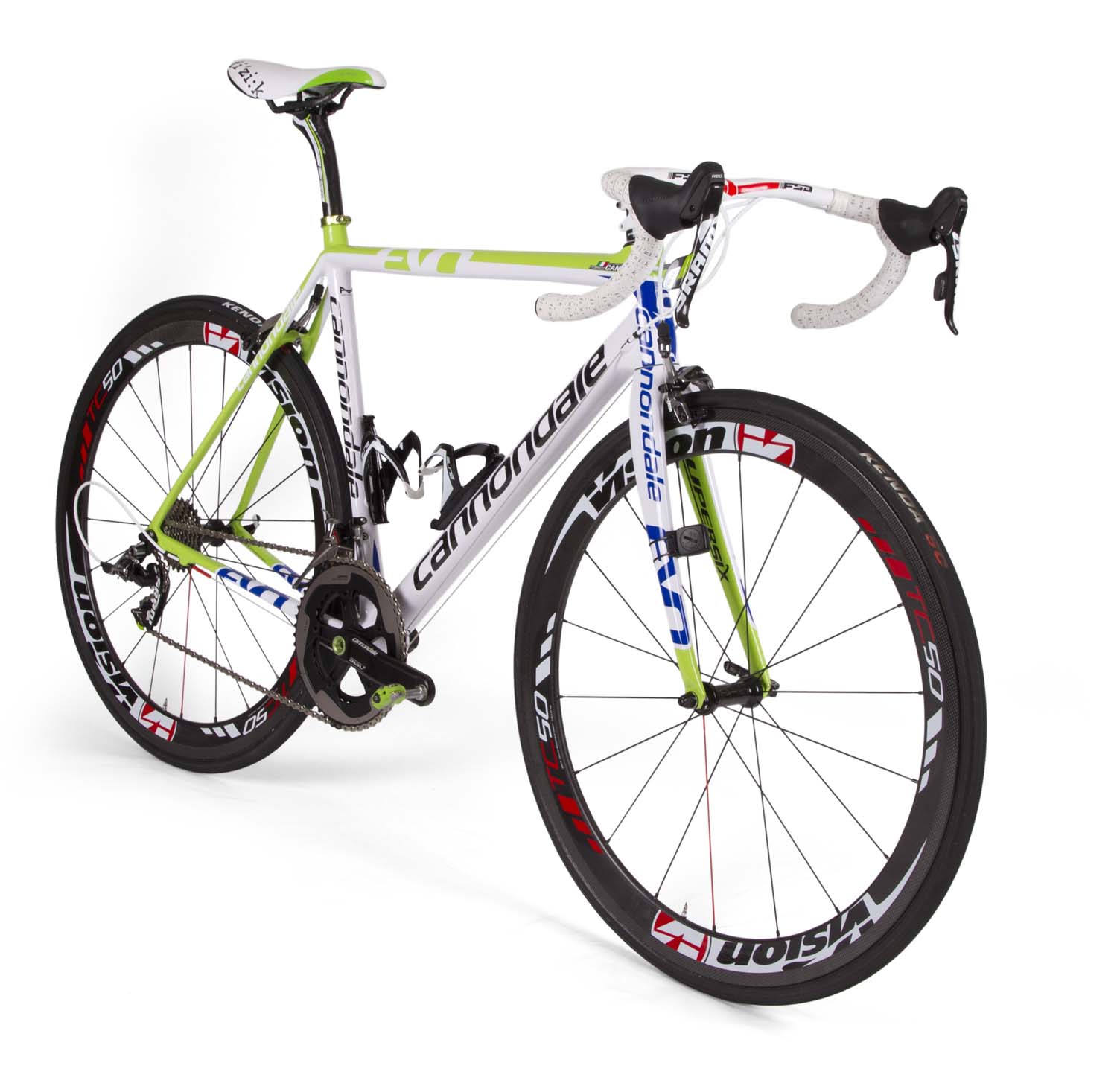 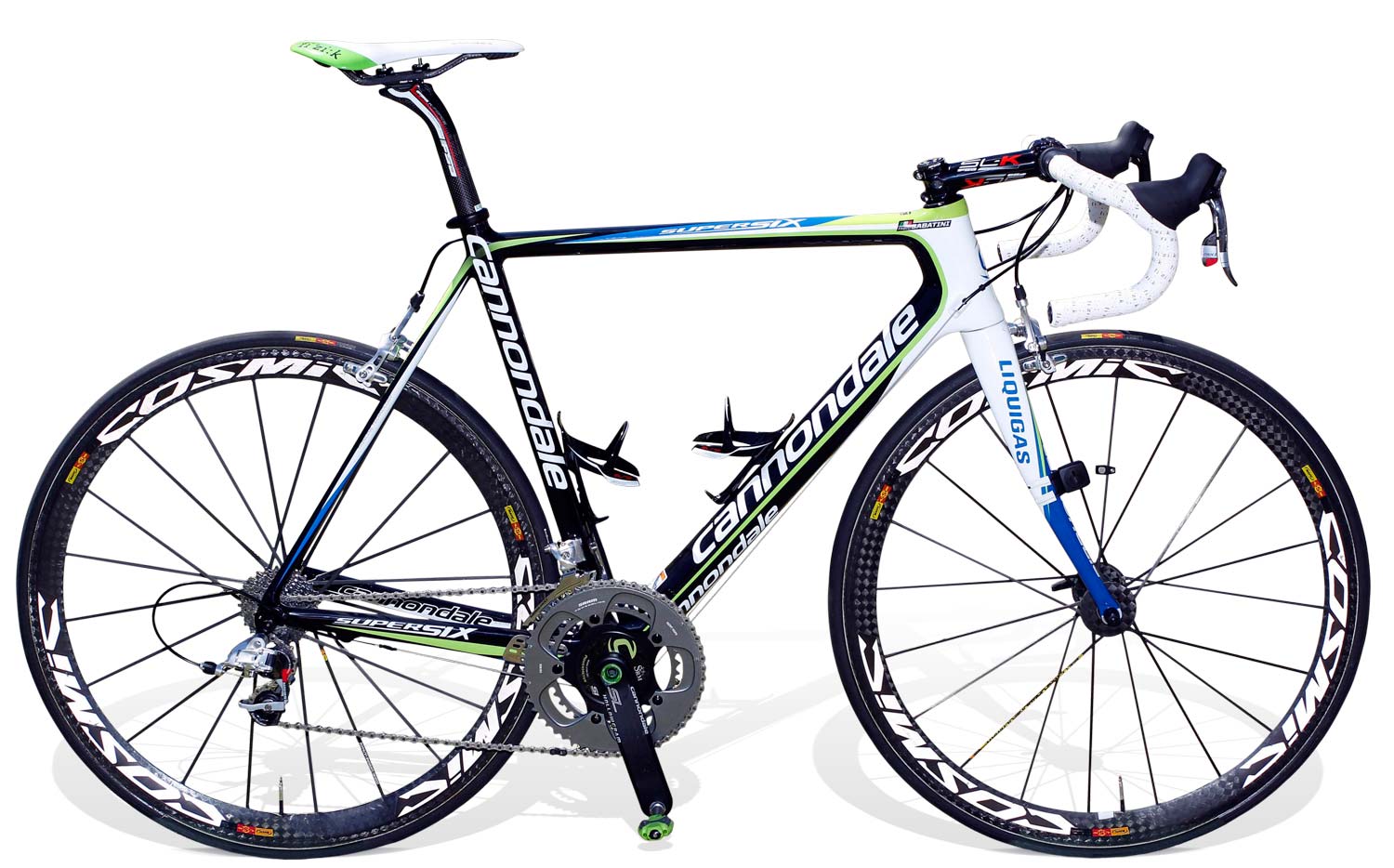