In March last year it switched from being ‘Team Sky’ to ‘Team Ineos’. In July 2020, the name-change game continues; there’s a new jersey and a new title – ‘Ineos Grenadier’.

The ‘Blue Line’ became a burgundy jersey when Sky was replaced by Ineos as the title sponsor of the British WorldTour team in March 2019. Now, in July 2020, there is another change to the name of one of pro cycling’s biggest squads: Team Ineos will soon be known as Ineos Grenadier.

Yes, a pro cycling team named after a 4×4 vehicle, that’s how it’s going to be shortly.

It’s a new title but it’ll be the same team, one with a star-studded roster that has a habit of turning their sponsors’ colours into yellow by the end of July. In 2020 they have to wait until September, and by then there will be a new logo on the jersey.

There had been speculation about a name change and it is now official: “Team INEOS has today confirmed they will switch to become the INEOS Grenadiers, effective from the start of the Tour de France on August 29th 2020,” reads a statement issued by the team.

“The change will align the team with the Grenadier, a no-nonsense 4×4 vehicle designed, engineered and manufactured by INEOS Automotive.” (You can read / watch a little more about it below.)

The statement continues: “In 2017, INEOS Chairman, Sir Jim Ratcliffe, a car enthusiast and experienced adventurer, identified a gap in the market for a stripped back, utilitarian, hard-working 4×4 vehicle, built on purpose. The Grenadier’s design was unveiled in July 2020 and will go into production in late 2021.”

It heralds a new title for a team that has won the Tour de France seven times in the last eight years. The 107th edition of the race is due to begin in Nice on 29 August, 63 days after the original start date.

Team Ineos, as it is for a little while longer – before the switch from burgundy to more of a navy tone – is expected to be in Nice with three former Tour champions: Egan Bernal, Geraint Thomas and Chris Froome. They will wear the new logo featuring the name of a “serious vehicle” that is not yet available to buy.

“The Team’s new name and brand will officially launch in the week leading up to the Tour de France in Nice.”

With the Tour de France of 2020 now only 38 days away, we can safely assume that riders from Ineos Grenadier will soon be receiving a whole collection of new race kit. 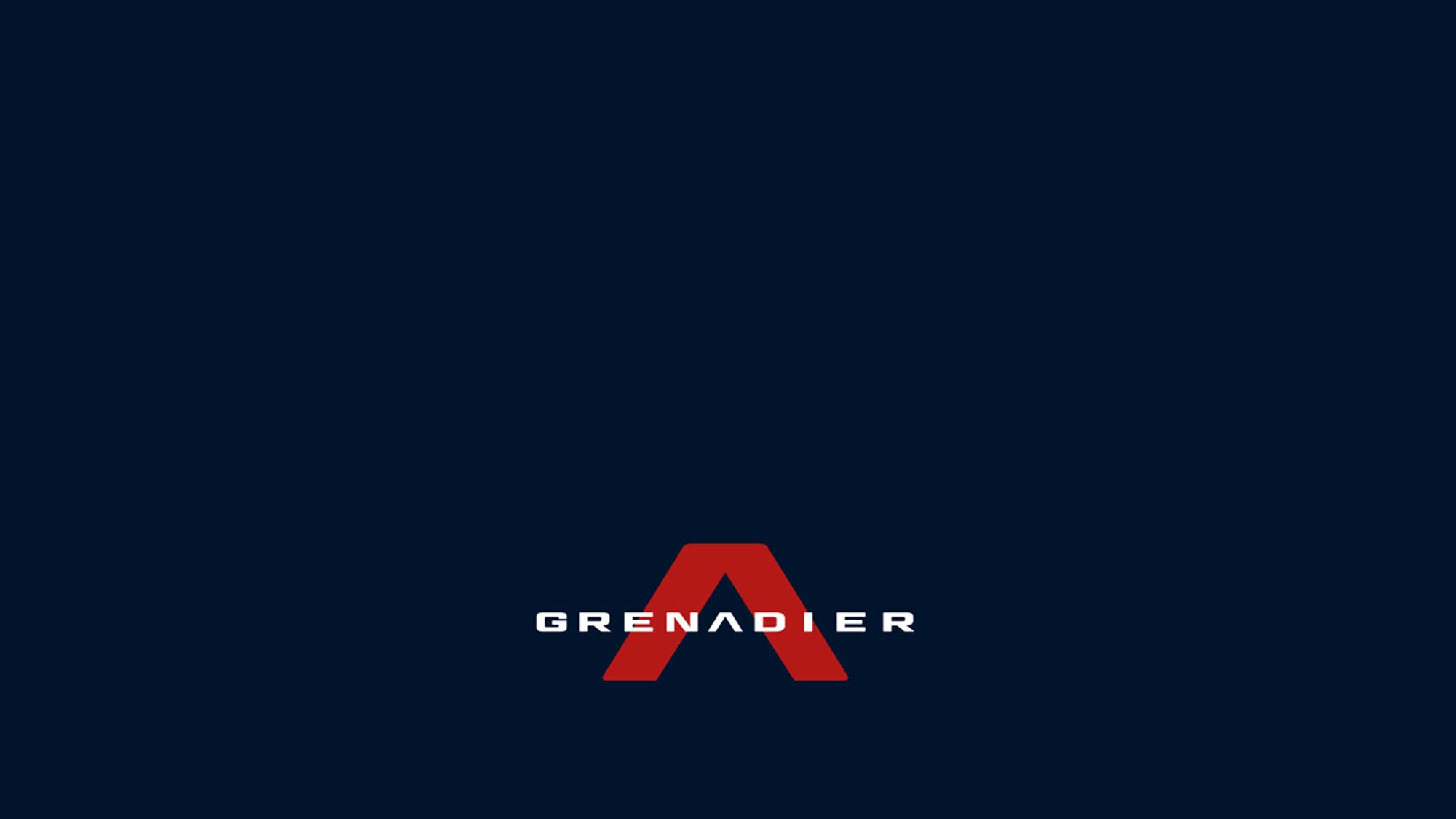 Fans will need to adjust to the new colours, and much of the livery is likely to change in the coming weeks. It has happened before and – as cycling teams look for more ways to earn their sponsors publicity – it’s sure to happen again.

There have been pre-Tour alterations to many team jerseys in recent times. Sky did it early, back in 2011, before any of the team’s riders had won the yellow jersey. For July nine years ago, the blue elements were swapped for green – on the jersey, as well as the team’s bikes, vehicles, etc. That was when Team Sky became ‘Team Sky Rainforest Rescue’. 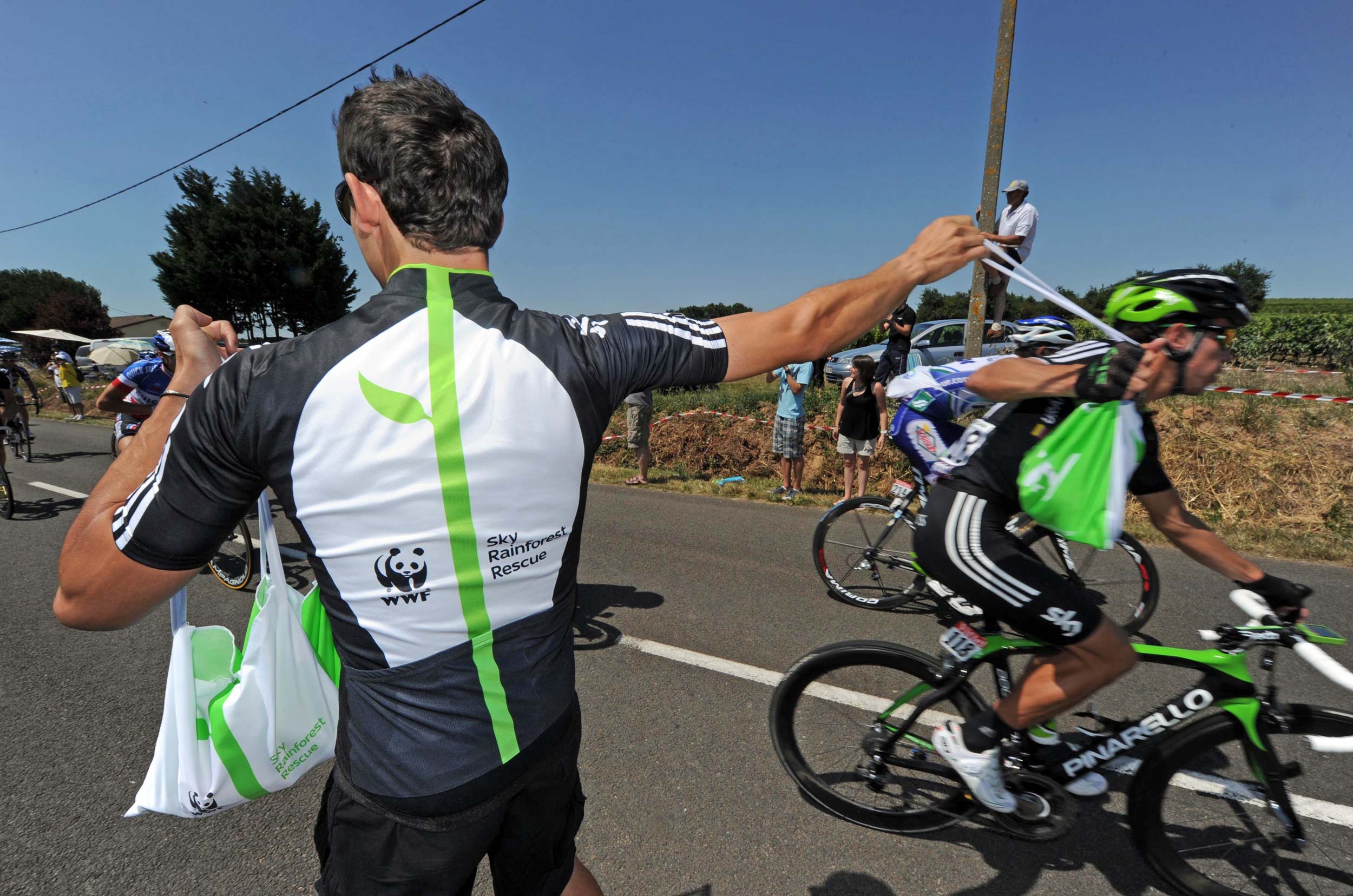 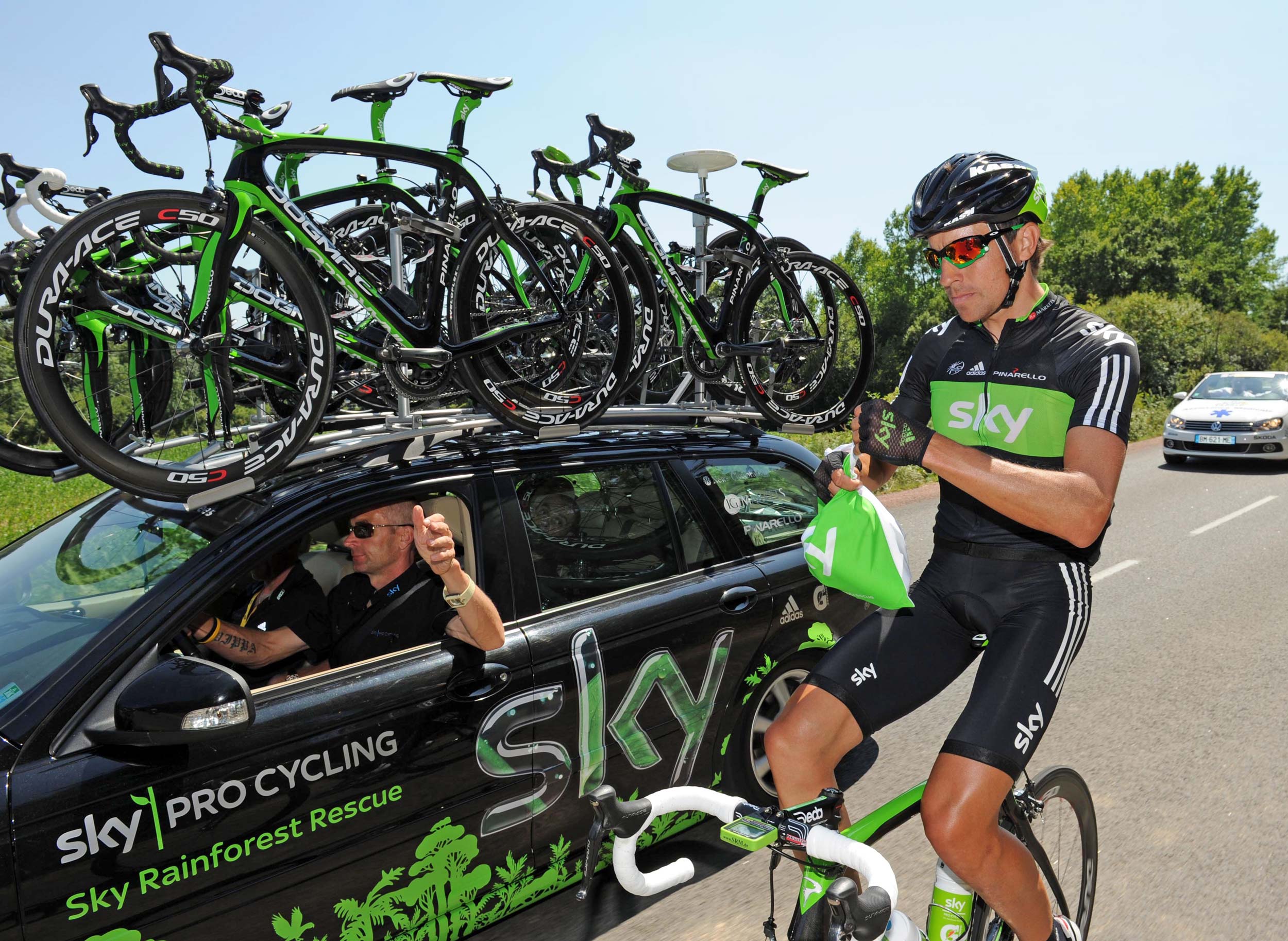 And who could forget the whales of 2018. A special jersey for the 2018 Tour saw the blue line replaced by an orca on the back; on the front was the title for the race ‘Team Sky Ocean Rescue’. (Note: that’s what the words on the jersey said, but I’m still not sure if anyone ever actually called it that.)

It was only two years ago that this team was racing around with the hashtag #PassOnPlastic. That was before the media company that had backed the squad since inception ended its relationship with pro cycling.

A new sponsor was quickly found and, in 2019, Team Sky would become Team Ineos, a company that made much of its considerable fortune manufacturing plastic. 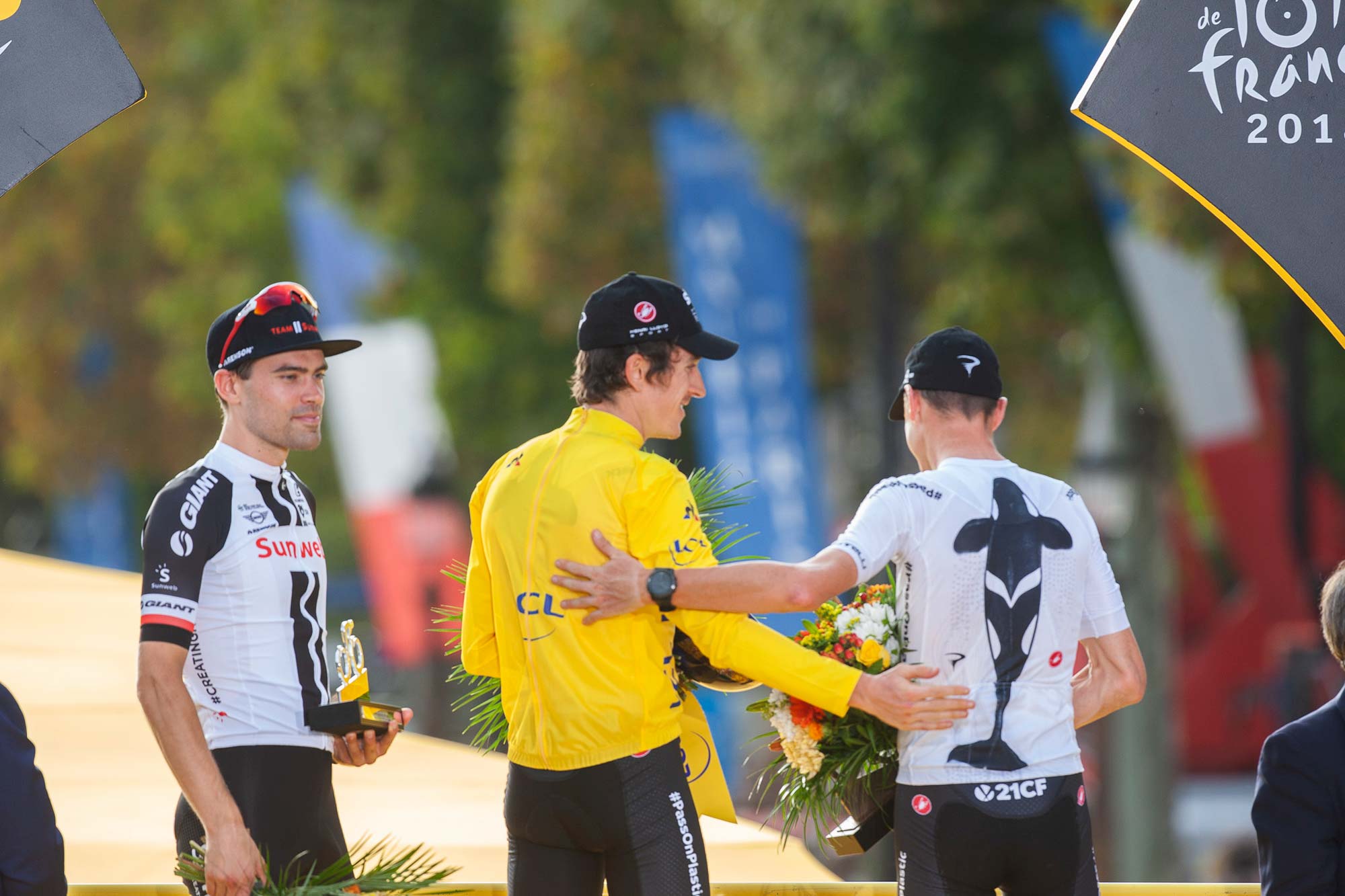 Team Sky changed the jersey for the Tour de France in 2018 with a whale on the back instead of the ‘blue line’. (Photo: Jean-Pierre Ronco)

Now, the cycling team will become a billboard for the Ineos Grenadier, a four-wheel drive vehicle – or, as the company explains it: “an uncompromising 4X4 tough enough to get the job done”.

Just as you were getting used to the burgundy aesthetic, there’s another mid-season change for ‘G’, Egan, Chris and the guys. Now we see them back in dark blue jerseys and, in all likelihood, on repainted (or new) Pinarello frames with a new PMS colour and decals featuring the name of a 4X4.

What is it? Well, allow Sir Jim Ratcliffe to explain.

You can watch the video or, to save you the bother, here is the explanation from the company owner.

“We are a chemical company, but at our heart we are a manufacturing company. If we can produce a vehicle that looks cool, retains that off-road ability – not homogenised, jelly mould SUV… I think we can deliver that.

“It’ll pull a plough. It’ll clear a mine field. You can drive it to Buckingham Palace.

“It has to have superb off-road capability. The modern world does require a level of sophistication whether you like it or not otherwise you don’t get the permit to drive it on the road. But… as best we’re able we’ll keep it as simple as possible.

“There is a very serious hole that’s been left in the marketplace and we’ll plug that gap again.

“The farmer’s car. The explorer’s car. The scientist’s car. The African car. No frills, uncompromising, off-road 4×4 which you can hose down outside and in.”

“We will have a serious vehicle, something that is very credible. It will be the most durable, reliable 4×4 you can get.